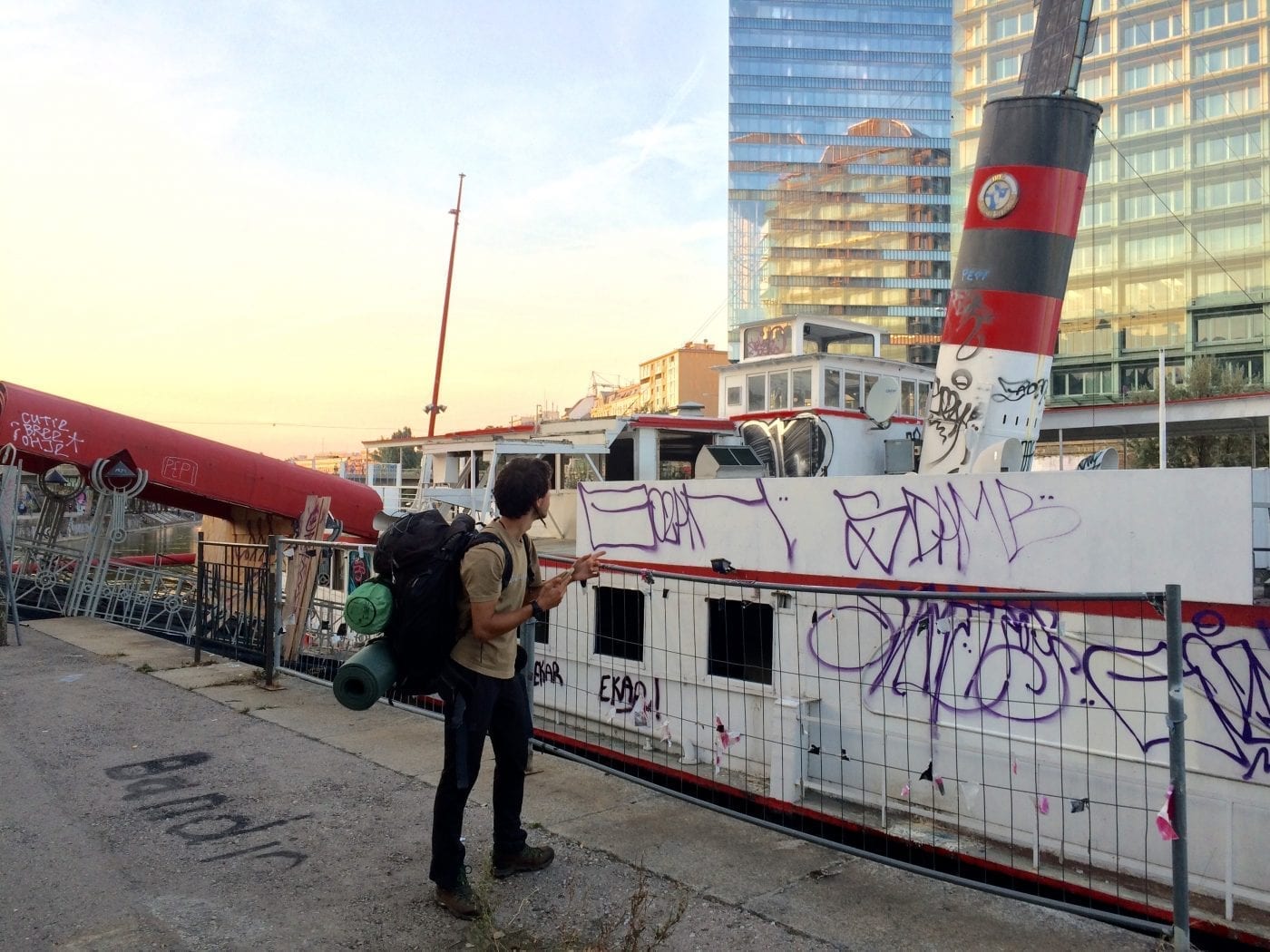 Can you imagine finding abandoned sights just in the center of such pompeous city as Vienna? We were not. But we did.

How to get inside.

Exactly on the cannal of Donnau not far from Opera House, we have found an abandoned ship called “Johann Strauss”. Doors of boat were baricated, but it was easy to seep through them.

Be careful, austrians could be the same vigilant as germans, and so they can call to police.

This boat that is now just pile of scrap metal was built in 1853 year (!). It was the pride of the imperial Donauschiffahrt for several decades. Until 1960 it was considered to be the most luxurious ship of the Austrian fleet.

In 2013 the boat was blocked because of “danger in delay”. So it was just a matter of time before the next flood dissected the ship into its individual parts.

The boat had three floors, absolutely ruined, with enclosed windows, wooden boards blocking the way.
Inside was really beautiful. You can come up on the roof and see all around, all grafitties, people passing by.

Are you ready to sail? Hurry up then!