Poesia di Corrado Govoni
Italian poetry about an abandoned villa in the roman countryside.
But this time we are not in Rome however, the same destiny, happened to one magnificent villa here in my hometown, Este!
How to reach
Villa Ca’ Barbaro is located in the  municipality of Baone.
We can’t give the exact location of the place because of many vandalism acts happened here, in case just pm us. Once you are inside the property you can easily reach all the spots of the property, even the famous Lago Azzurro. 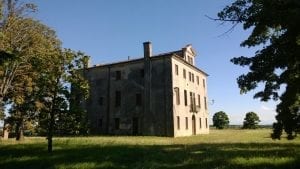 History.
The history is not really clear and I can just write what locals told me. Villa of eighteenth-century, initially called Villa Molin and then, changed of ownership to the Venetian family Ca’Barbaro who also modified the name. Later the family Negrello bought the lot with the villa annexed. They were owners also of the “officina Negrello”, an abandoned electrical workshop situated close to my home. Another tansfer of ownership in the early ears of 2001 to a real estate company. After few years was auctioned and still now we have the building not sold. 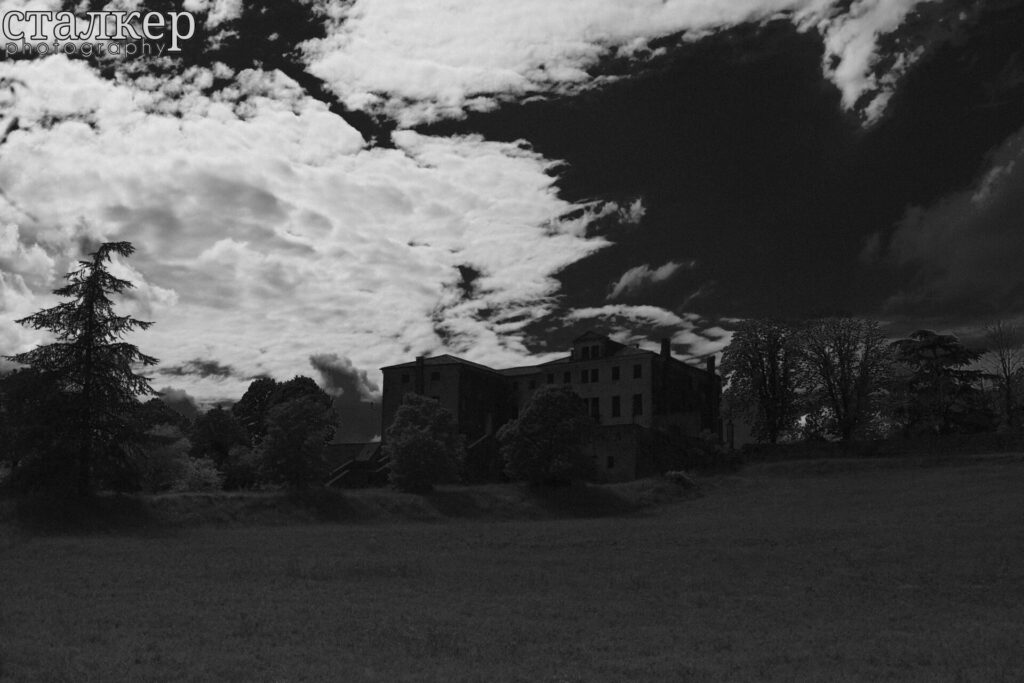 Location and exploration.
The villa rise on a small hill, on the slopes of a mount. Mount which before was used as a quarry and later, after the abandonment, transformed in a quarry lake. It is located in a short distance from Bisatto Channel, connected by a beautiful tree-lined avenue that runs right down to the entrance gate. The villa is surrounded by cultivated vineyards and gently another tree-line lead to the majestic staircase. On the top you will be in front of the entrance gate.
Around the abandoned place there are several entrances and even a secret one, hidden in the rock, which goes through the undergrounds. At the base of the staircase, on the right and close by a big and wood front door, it survives an old storage of wine.

Behind the main building there are other places used as closets for farm implements.During summer time bees flutter free and happy in the air having their house near the residence. Inside almost nothing is left, only one room seems to resist to the inevitable passage of time. The room host a library, a sofa, a television, some books and papers, which try to survive to the vandalism of this new era. 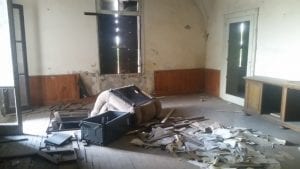 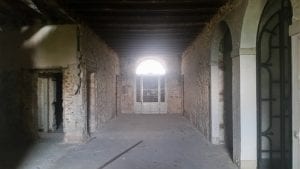 What probably before was hidden now it is easily visible: a hole shines through the floor and watching more carefully appear also some stairs which lead directly to the undergrounds. Undergrounds which, through a small tunnel dig in the stone, directly take you outside to the secret entrance. Unfortunatly the up part, with collapsed floors and stairs disused does not allow you to inspect it in full. What a pity for a such beautiful villa to be in such conditions… 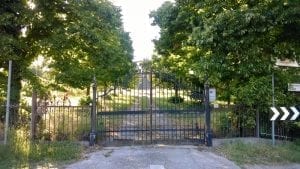 Uh almost forgot…if you feel sweaty and tired then the “Blue lake” will be a perfect place for you to swim and rest. Just ask to the guardian and most probably he will let you enter inside without any problems :D. There is also a BBQ! 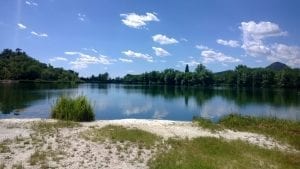 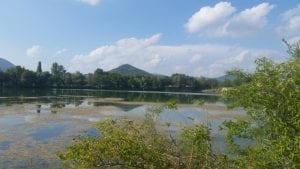