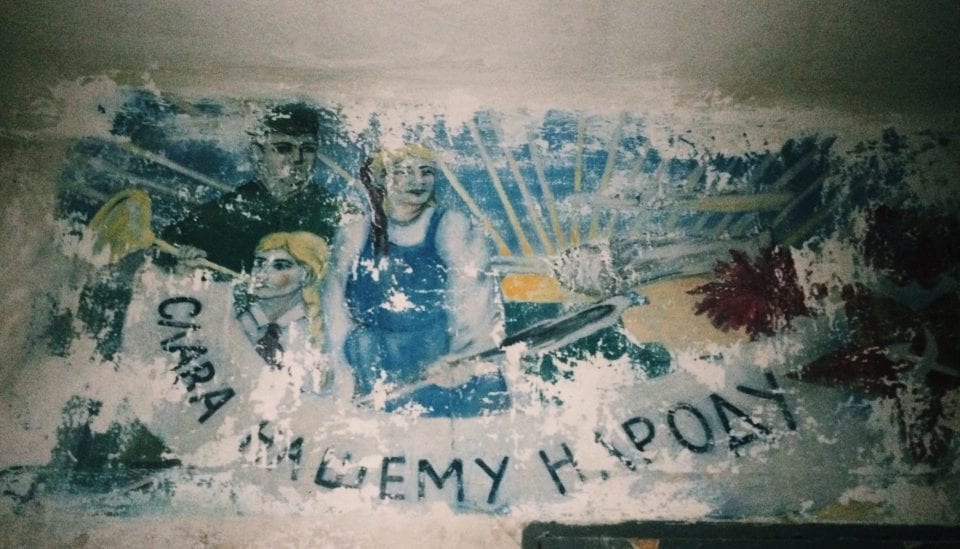 The construction of special facilities for Olympic Games always caused lots of controversy: are they needed? As after all, when the Olympics pass, they remain unnecessary. This story happened also with the Olympic Village in Berlin, which was left after the summer Olympic Games in 1936.

Olympic Village is located a little bit out from Berlin – in the small city called Elstal. You can get there by train, the ride will take approximately 30 minutes. Go out from the train and follow the indicators “Ollympisches Dorf”.

The territory is guarded by security, so be careful. Don’t enter from the main entrance. Go a little bit further and search for holes in the fence.

So, today we are in Germany of 1936. This is the time when the National Socialist Party came to power. At that time in the country the sole dictatorship and personality cult of Adolf Hitler was formed. Nevertheless, this did not affect the fact that the International Olympic Committee decided to hold summer Olympic Games in the capital of Germany – Berlin.

Holding the Olympics in Berlin has become a powerful propaganda tool. According to the party policy, the border between sport and the army must be erased. In connection with this, an Olympic village was created in the vicinity of Berlin in order to later be transformed to a military training center.

On the territory of the Olympic village there were built some residential houses for athletes, the dining room of the Nations, administrative buildings and sports facilities. The entire Olympic village reminded by shape and content territory of Germany. Even every house in the village was named by the city, depending on which part of Germany it was in. There were houses named Nuremberg, Munich, Berlin …

When the Olympiad was over, Germany built on the territory of Olympic village the school of land forces and the Wehrmacht training center. After the end of the war, the Soviet military moved here with their families. The village was the largest and most important training center in the whole GDR

In 2005, the territory of the Village was bought by the German bank (DKB-Stiftung), which now organises the tours around the village. Money goes to the restoration of buildings and territory. Thanks to them, the pool building, which was previously accessible to all stalkers due to broken windows, now stands with new plastic windows.

The territory of the Olympic village now reminds me Chernobyl in miniature. Huge territory with a lot of abandoned houses. Inside of the buildings nowadays nothing is preserved, just walls and newspapers “Pravda” used instead of wallpapers.

The most interesting building is the “Canteen of Nations”, built-in the form of a lens. According to the idea, the building is located in such way as if it is looking towards the Olympic Stadium, located 20 km far from the Village.

Inside the building there is a huge dining room, in which there is a table with plates and empty bottles, as well as two huge flags of Italy and China, fluttering over the table.

Also in this building you can find several rooms, probably used for administrative purposes. On the walls you can find some russian patterns, slogans (“Faster, higher, stronger!”). On the ground floor there were a few pommel horses, on which the athletes (or the military?) were training.

Initially, about 145 one-and two-story residential buildings, a dining room, a theater, a hospital, an indoor stadium, a swimming pool and a sauna were built for the Olympics. Now the number of preserved buildings is several times less. Instead of some missing houses there are signs with inscriptions, what was here before and for what was it used.