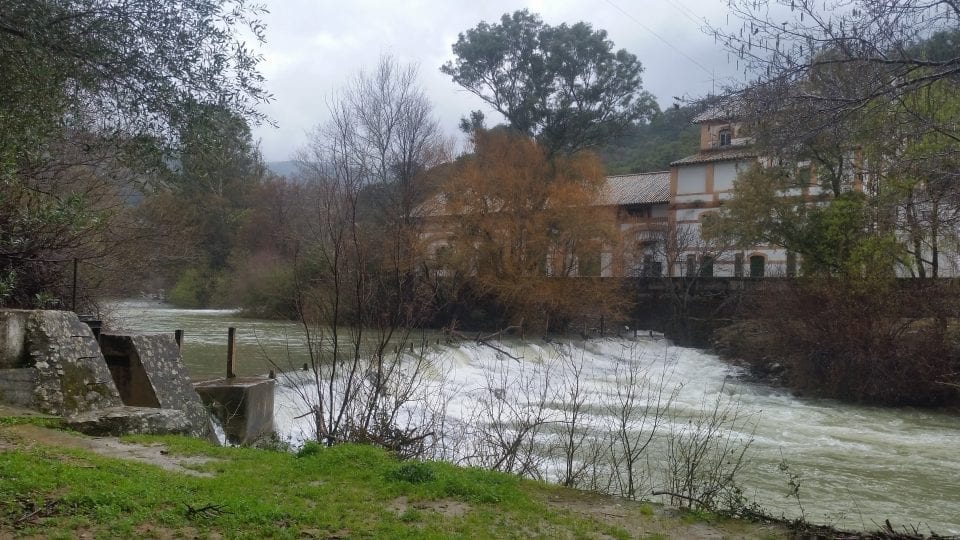 When the cars still did not exist, in a village in the middle of Andalusia, workers of power plant lived immersed in their world.

How to reach and position

Hola amigos! También está vuelta Stalker es en España! We are in the region of Andalusia and to be more precisely in a town called San Pablo de Buceite. Reach the abandoned village is quite hard and difficult for my mind to remember the road. The best option is to ask locals and they will tell you how to do it.

P.S: The road which let you to get inside is closed by a gate, which is easy to climb.

El Corchado Hydroelectric Plant began to be operative in 1906, so the town was built at that time for workers at the beginning of the 20th century.

The last families abandoned the town in the early 1990’s.

In the school there were children from the town of Corchado, the Corchado road, and nearby cortijos. There were 20 to 25 children.

The priest did not live there, he was from San Pablo de Buceite.

An annual feast was held by the patroness of the Virgen del Carmen on a July 16 in the plaza of the power plant (currently the virgin is in the church of San Pablo de Buceite).

At the moment it is of public property of the city council of Jimena because was bought by the electric company ENDESA. The purpose of the council is to “use” the site for tourist activities in the nature without any environmental impacts. It is within the Natural Park of Los Alcornocales, and next to one of the most important rivers of Andalusia (the river Guadiaro).

In 2007 a large part of Steven Soderberg’s film starring Benicio del Toro “CHE Guerrilla” was shot in the village.

Unfortunately, now not much is left from what was before, and right now the village is within a process of restoring. The only thing is the beautiful landscape and the peaceful location of this place.

It is situated in the middle of the forest, close to a river, and it is a good place where you can find an inspiration or also meditate.

It was a rainy day of February when I reached the abandoned village in the company of my host (Louie) and her two dogs. We arrived there by car, and it took approximately 15 minutes from the center of San Pablo to get there.

Leaving aside the gate we got inside from another – in my opinion more difficult – “entry”. Following the dirt road, after few minutes, we found the place. Here the road also divided the village in two sides: up part and down part.

Few cottages (in fact the village is really small) were already closed by workers with grates and already empty ready to be rebuilt soon. I was able to be inside just in one house and except dust, a chimney and a bathtub nothing was left. Hide and a little bit apart from the rest of the village there was a fenced area, built with stones, where pigs were locked up.

“The work of restoration of the church and the school is almost completed, soon there will be a touristic village”, Louie told me. Such a pity I was not there before to see how it looked in its original form…