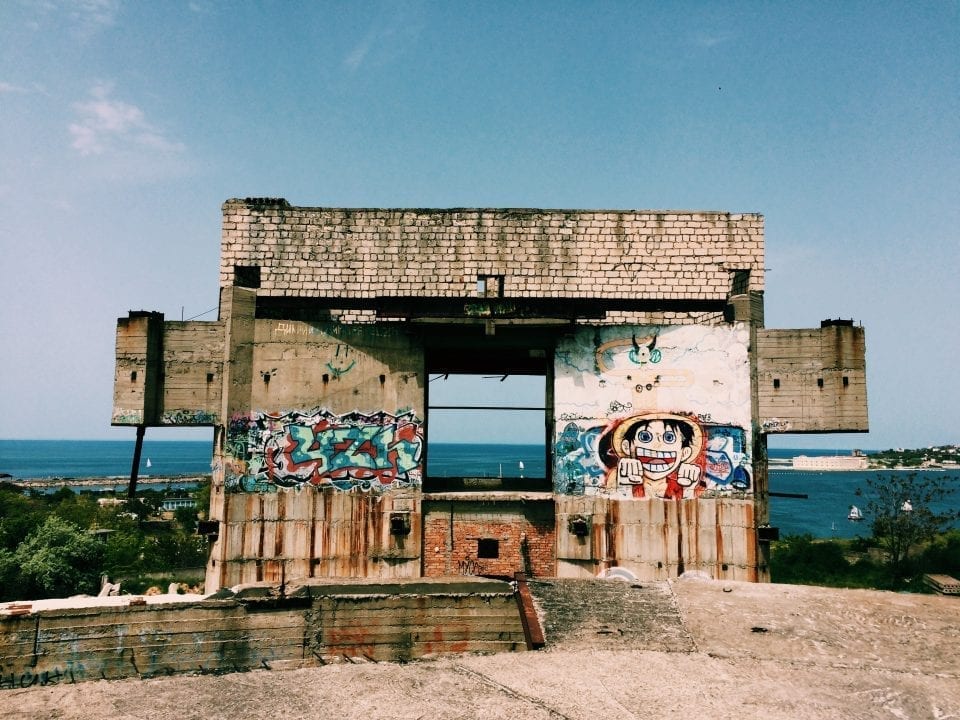 How do you find a situation when the city starts the project to tell about the most important event for it, in quite large-scale forms, and then suddenly it runs out of money? Awkward, isn’t it? Such a story happened with the Sevastopol Defense Museum, which they tried to build exactly in the city center, but at one point something went wrong.

The abandoned museum building is located near the city center, near the monument to the Sailor and Soldat, which can be seen from almost any point in the city.

In May 1972, the Central Committee of the CPSU and the Council of Ministers of the USSR adopted a resolution on the construction of the Memorial, which would tell about the defense of Sevastopol, that lasted for 250 days in 1941-1942.

For the Memorial project a contest was held, in which four author teams from Moscow, Leningrad, Kiev and Sevastopol took part. The best was Kiev project.

The total cost of construction for December 1981 was 6 million Soviet rubles. It was planned to build a complex of 6 thousand square meters.

The construction began, but it didn’t last for long. Already in 1988, due to lack of funding, the construction of the Victory Memorial ceased. And till now nobody restarted it.

Several times the public offered to sell the unfinished building or completely demolish it. Meanwhile, the place has for a long time attracted the attention of local youth and stalkers. Here you could find the most interesting graffiti in the city, but today no more …

After all, just in 2015, after 27 years, they began to demolish the complex. What is not demolished yet – in our reportage.