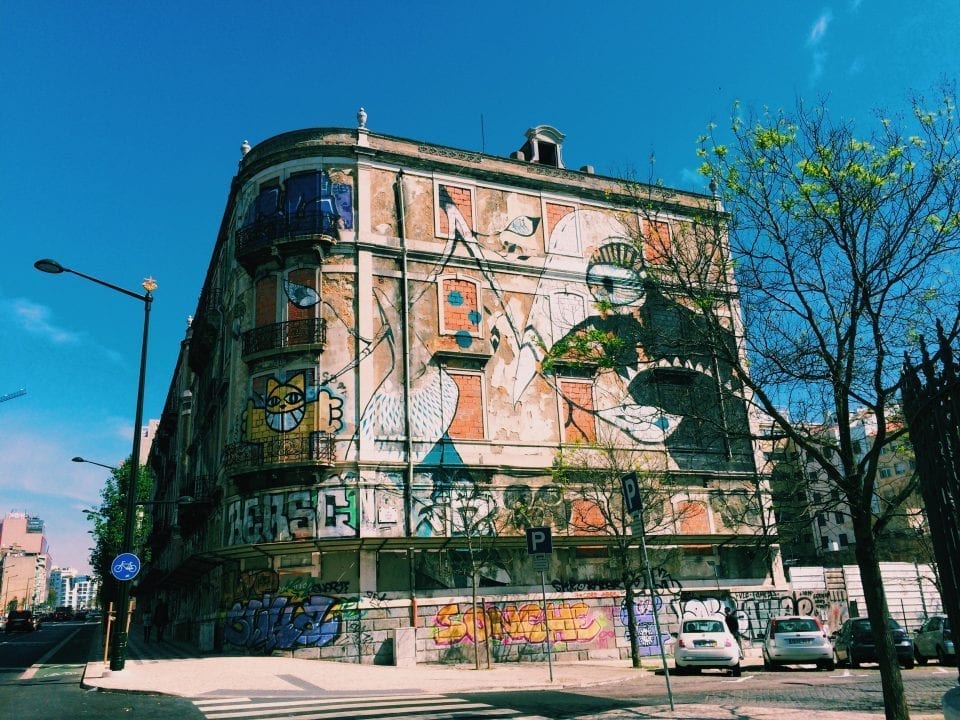 Going around Lisbon you just can’t miss these three abandoned houses that were turned to a tourist attraction. From just abandoned objects they became the most amazing street art pieces that we have ever seen. As well as newspaper Guardian mentions the graffities on abandoned houses as top 10 best street art in the world.

Overall, it is quite interesting to talk about abandoned Portugal. There are a lot of abandoned houses, restaurants, even villages here. Lisbon is not an exception.

It is all due to the negative population growth rate of Lisbon – many people have left the city for greener pastures, higher paying jobs, maybe just a change of scenery. It is such factors that have landed Lisbon in the EU’s top ten most quickly shrinking cities.

However, people just go away, without even thinking what they leave behind, like houses or flats…  There was a study in 2008 that showed out that around 4,000 of Lisbon’s 55,000 buildings were abandoned. Can you just imagine that?! And can you estimate which number could be now?..

Going around the city center, you can always find at least one building with the windows bricked up. Unfortunately, the houses can’t be just demolished, as, obviously, they still have their owner.

The only one decision that was made by the Crono Project  – to…colour those abandoned sites. They decided to invite artists to use abandoned buildings of Lisbon as canvas.

“‘Crono’ emerges from a commitment with Urban Art based on the premise that we are all as ephemeral as all our creations – a way of reflecting upon time and enhancing a new dimension of the city: the city as a living organism which is built and created in a spontaneous, natural and free way. It is within this dynamics of appropriation of Lisbon’s spaces that, over four stages which correspond to the four seasons of the year, several commissioned paintings with an urban impact and the registering of different environments of the capital throughout time will be carried out,” said the creators of the project.

These three houses on Av. Fontes Pereira de Melo are the bright example of that. Painters tried to talk about important topics that are happening in the world right now. Here are migration problems, as well as environmental, the problem of lack of money, and at the same time the hateness to rich people. Everything is mixed together just on three houses in the center of Lisbon. 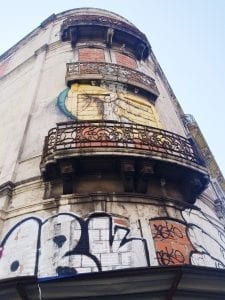