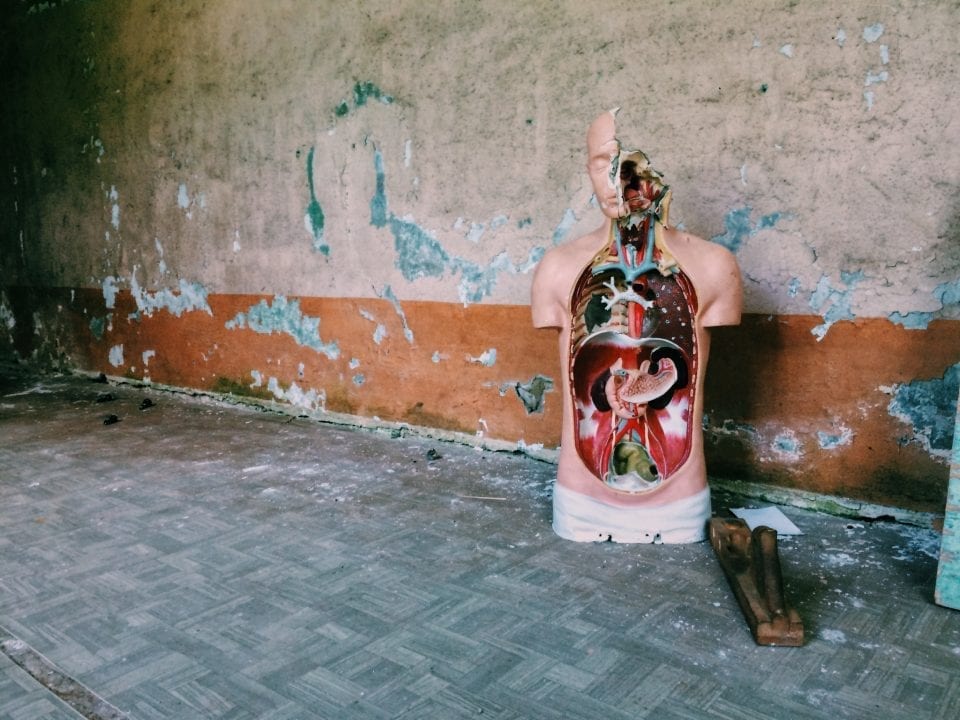 Probably you have heard some stories about Russian banditry, and what happens if one gangsta wants to take a pretty gorgeous place. We are Russians by ourselves, and we also know some stories. But even we were surprised to open out that it can happen like this.

Correction boarding school consists of two connected main buildings, a school ( was built in 1937) and a place where pupils were sleeping (in 1958).

The teachers just accidentally heard from pupil’s parents about the closure of the boarding school just three weeks before it happened. On April 27, 2009, the administration of the municipal district signed a decree that from May 31 for an indefinite period the institution will be closed.

Initially, teachers and students were promised that the boarding school would be closed for only two years juts to renovate it. At the same time, teachers complained that at the time of closing, neither a list of works, nor estimates, nor the timing of the commencement and completion of repairs had been prepared, that is, the school was simply closed, most likely forever.

“No documents for repairs have been provided, budget funds have not been allocated. There is only a resolution of the district administration to close the boarding school. The collective stands strongly against this, as its fate and the fate of the children remain unclear. The administration does not answer this question,” said one of the teachers.

Locals believe that the site on which the boarding school is built (and this is 4.2 hectares place, located in one of the most prestigious and ecologically clean areas of the region), someone liked quite a lot and so he decided to buy it.

When we were hitchhiking towards the school, one woman told us that the land in this village is very expensive. And, that many rich bandits are living there.

The boarding school was quite unique, pupils could study there, live, and also receive the necessary care. They were offered to be transferred in another school, but daily. As long as half of the pupils were orphans, it was quite unclear, what will they do with them?

The teacher-psychologist Svetlana Goncharova said that kids were taken away “quietly”.

“Orphans were taken away just in one day. We came to work on Monday – and there were no more them. They did not even give us to say bye! Change of the team is always a stress. And for such complex children this stress is doubled,” mentioned the teacher.

One of the teachers said that when the children learned about the imminent move, they broke all the windows on the ground floor. And some in protest, paint their hair with peroxide in white colour.

Eight years have passed after the school was closed. It still stays at the same place, and there is still no one inside.

We climbed inside the orphanage in one single broken glass (all the others are very carefully crammed by someone) into one of the cabinets, and immediately realized: this place will truly be one of the most beautiful abandoned places that we have ever visited!

The safety of this place is incredibly large (please, consider that it is Russia, and here they take away even wall-papers from abandoned houses!). Here you can find desks with chairs, children’s games, room with many children’s suits, beds, a dining room, carpets … you can find EVERYTHING! Therefore, let’s talk about the most remarkable places.

The greatest admiration is the local library… Fitzgerald, London, the Strugatsky brothers, Pushkin – everything is lying mixed in one room. The library is very rare – they say, the teachers made it up by themselves, putting lots of their love inside that. Now no one needs these books. They are left to the mercy of fate… Here we also have found a collection of cassettes with cartoons, in the arsenal – even movies in English!

Another place that struck us was the concierge room. If there were no plates with a dust, we would think that there is still someone living there. Soviet sofa, carpet, fur hat, galoshes, globe… there was always a feeling that people just disappeared from here, without even taking with them such valuable things.

The sensation of a strange disappearance of everyone just raises when we come into rooms where pupils were living. Children’s shoes are scattered all over the place, children’s clothes are in the closets…

In other offices we found computers, telephones, documents. Sports hall with a pommel horse and a rope; a workroom with crafts of children. And a large utility room, in which New Year’s costumes lay. There were even brand-new evening dresses, still with bricks.

Suddenly we came into one dark cabinet with lots of beautiful things. It was quite a dark place for photos, but still we wanted so much to capture it.

-I wish we can turn on the light here! – I said, of course not believing in anything…

Though, my partner tryed…and it worked! There was a light! Even after 8 years of abandonment? How is possible? Does this boarding school exists in real?

So it was like this, there was a boarding school that worked for 50 years. It didn’t interrupt anyone, everyone was happy. Around was a wonderful park and fresh air. But suddenly someone decided to take this land to himself. No one was embarrassed by orphans and children with disabilities who lived there. They were just told, your time is up, now you need to go away. And they just left.