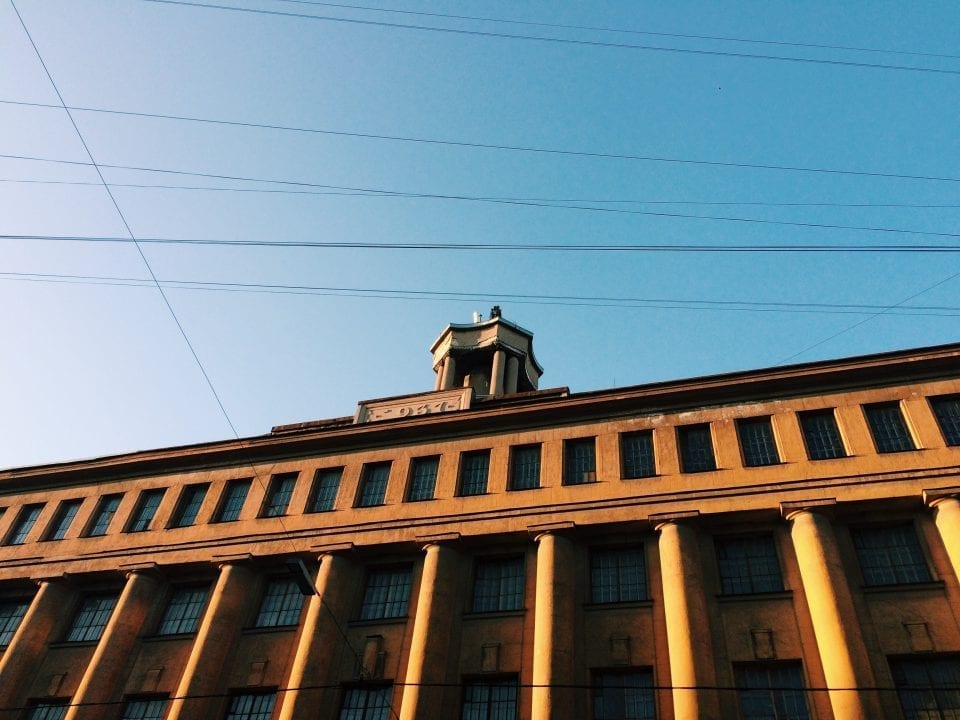 In a city where everything is beautiful, there must be also beautiful abandoned objects. This is what I was thinking about during my visit to St. Petersburg. My thoughts soon proved to be true.

Even before the arrival, I found on the Internet a lot of different information about the abandoned estates. But all this was far out of town, and I wanted something closer. So we accidentally found the abandoned building of the General Staff of the Air Defense of the Leningrad Military District right in the center of the city.

In an unusual city everything is unusual, even how you should come inside an abandoned object. To get inside, we made our way along the slippery roof, stepping over the wires and climbing over staggering stairs. It was very scary and unusual, but the view that was opening around us of the evening Petersburg was worth it.

The air defense headquarters was built in 1937 by the architect D. Burishkin. He decided to build a house in Stalinist neoclassicism.

In total, a massive headquarters building, warehouses, barracks, garages and even a museum were built on the territory of the complex. All this previously belonged to the Ministry of Defense until 2012, when the buildings were put up for sale.

And here we are, after several micro-infarctions because of an inept climbing along the Petersburg roofs, inside the building.

The house consists of five floors and immediately after penetrating inside it became obvious that we are in a once military building. All the floors are similar to each other and there is almost nothing left inside, only the Soviet atmosphere and the remnants of the past.

Somewhere you can find old Soviet chandeliers, old posters, some interesting graffiti, but overall the building is empty. 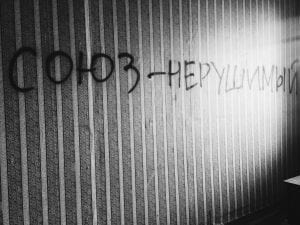 All furniture from the rooms is stored in the rooms on the ground floor, there you can find Soviet cabinets, tables, chairs, telephones, scattered tape, old books, accounting magazines. 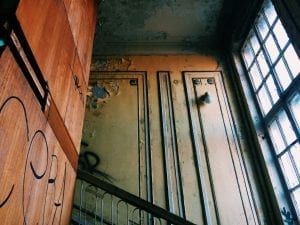 The most interesting place is the assembly hall – a small piece of art. In this room once important reports were read out, and people in the hall made some decisions. Now it’s empty, but very atmospheric. 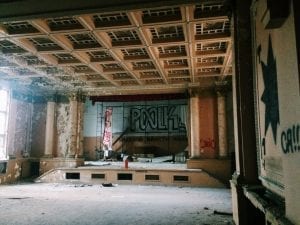