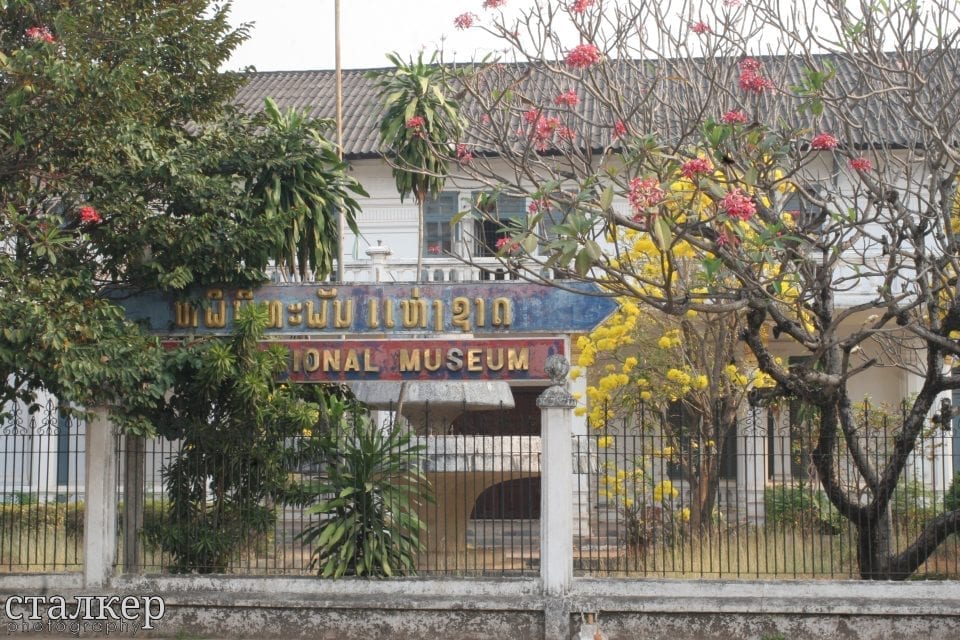 Do you hate museums as much as I do? Going around, reading all that stuff about the history?.. Brrr… I prefer much more to talk with locals and know what do they know and what do they think about things that happened to their country. But today we will visit an anti-boring museum – as it will be abandoned!

The Lao National Museum is located in the centre of Vientiane on Thanon Samsenthai, one block from the Lao Plaza Hotel and in front of the Tennis Club and the National Stadium.

There is a gate everywhere, that is easy to jump over. Actually I was a little bit afraid of police so I asked the security nearby (with prepared screenshots of translations of who I am and why i want to visit this place). They of course easily agreed and let me go so here I am! 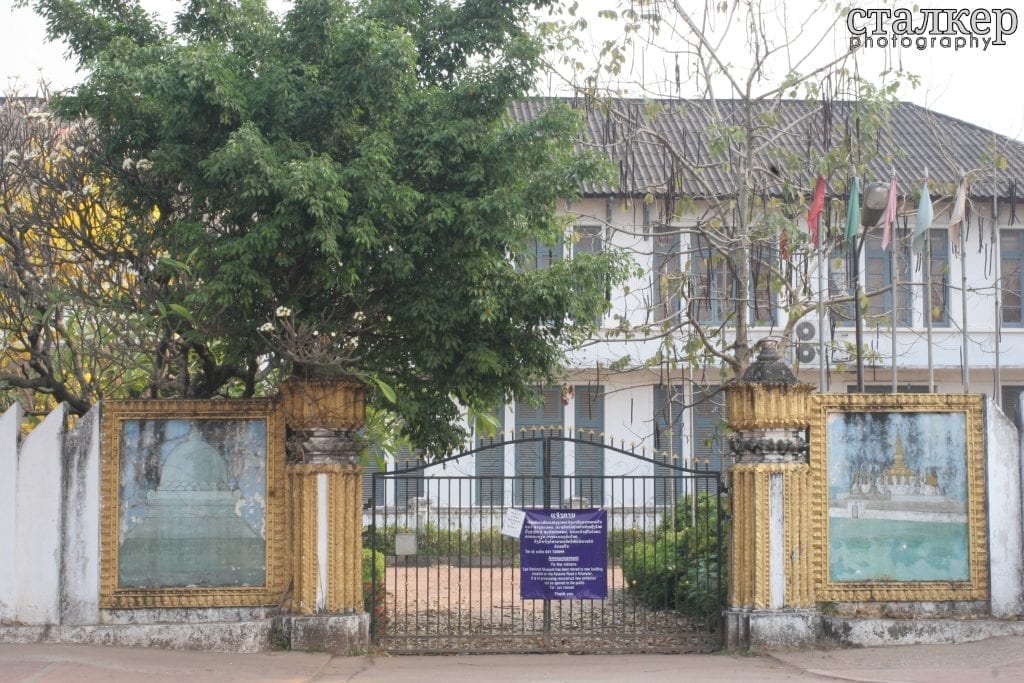 The museum was housed in an old colonial building that used to be the French Governor’s Mansion, built in 1925. It was here where independence of Laos was declared in 1945! 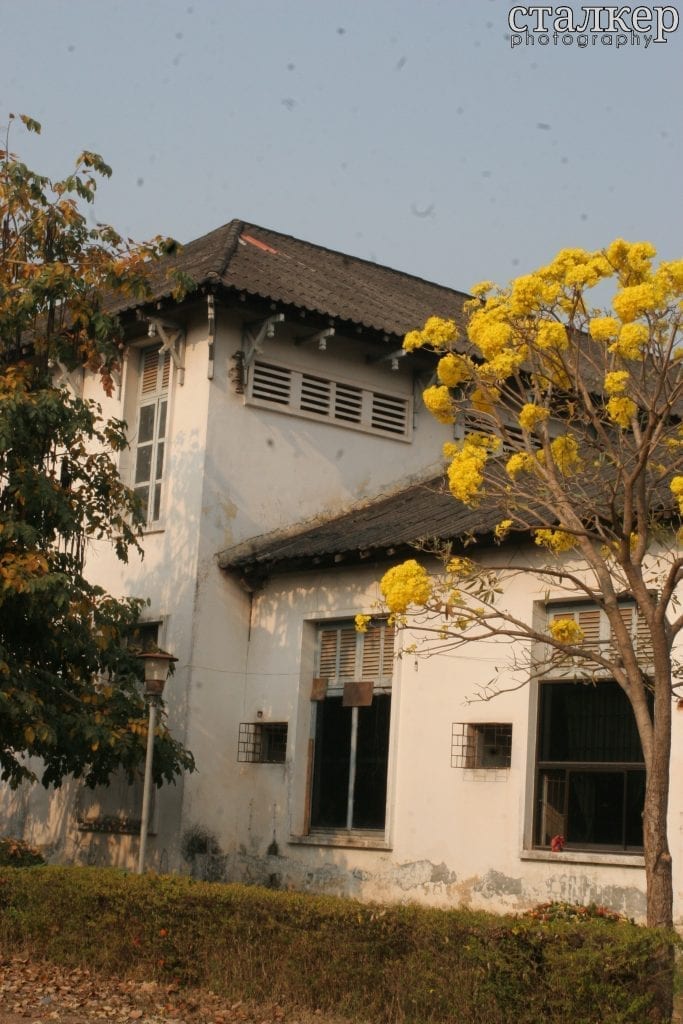 After that, the building was used for various purposes, including the headquarter of Laos government, housing the King when visiting from Luang Prabang, and prime minister’s office. And then in 1975 the Laos people’s democratic republic was established. 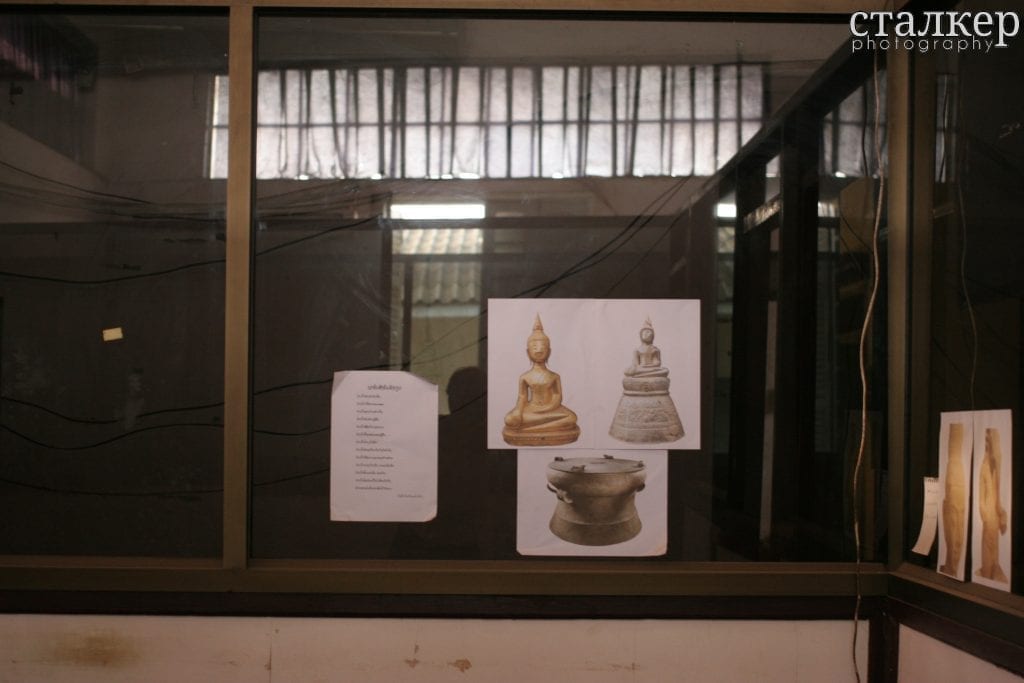 The museum itself appeared here on 1st December, 1980, it was called at that time the Laos exhibition Hall of the revolution and in 1985 it changed the name to the Lao museum of the revolution. 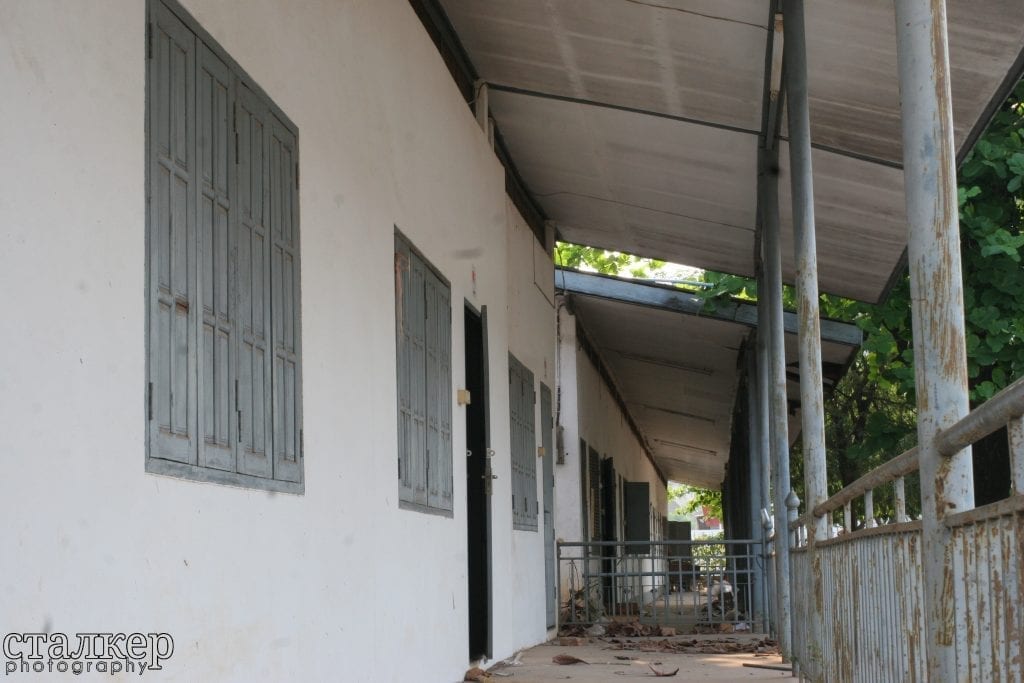 In 2000 the name of museum was changed again and since than it was known as the Laos national museum. 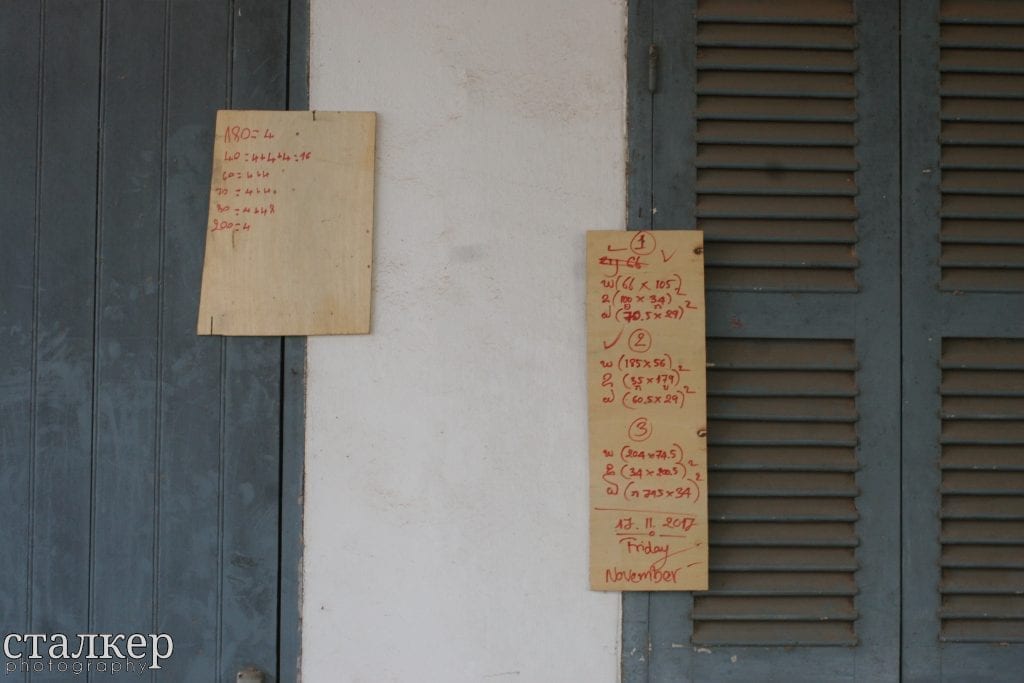 The building was housing 8.000 artifacts about the country, representing paleontology, archaeology, history and ethnology. 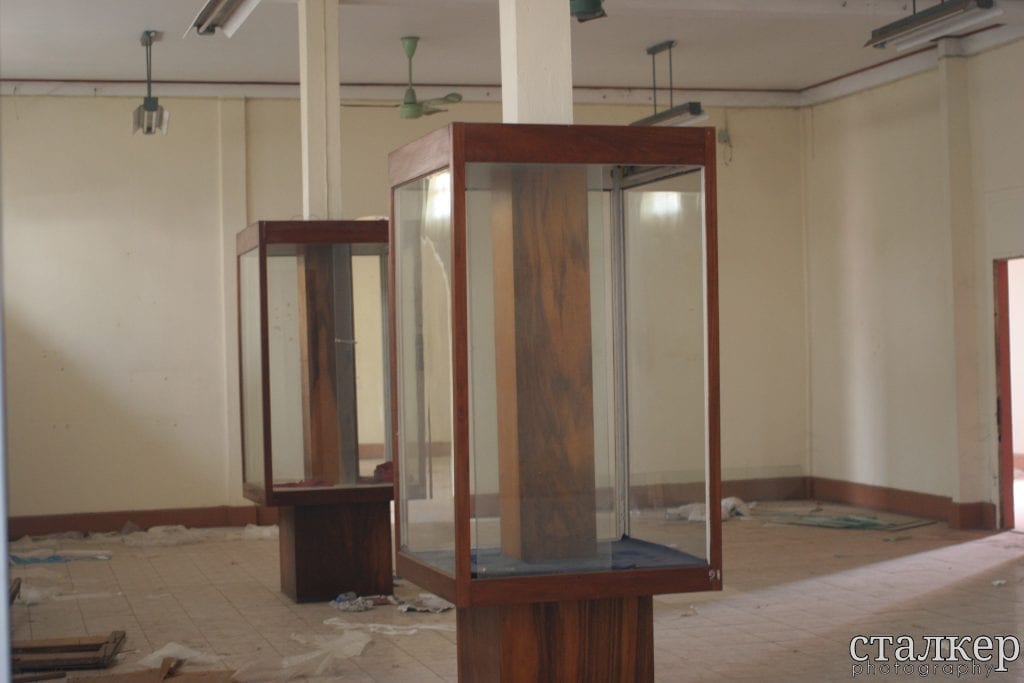 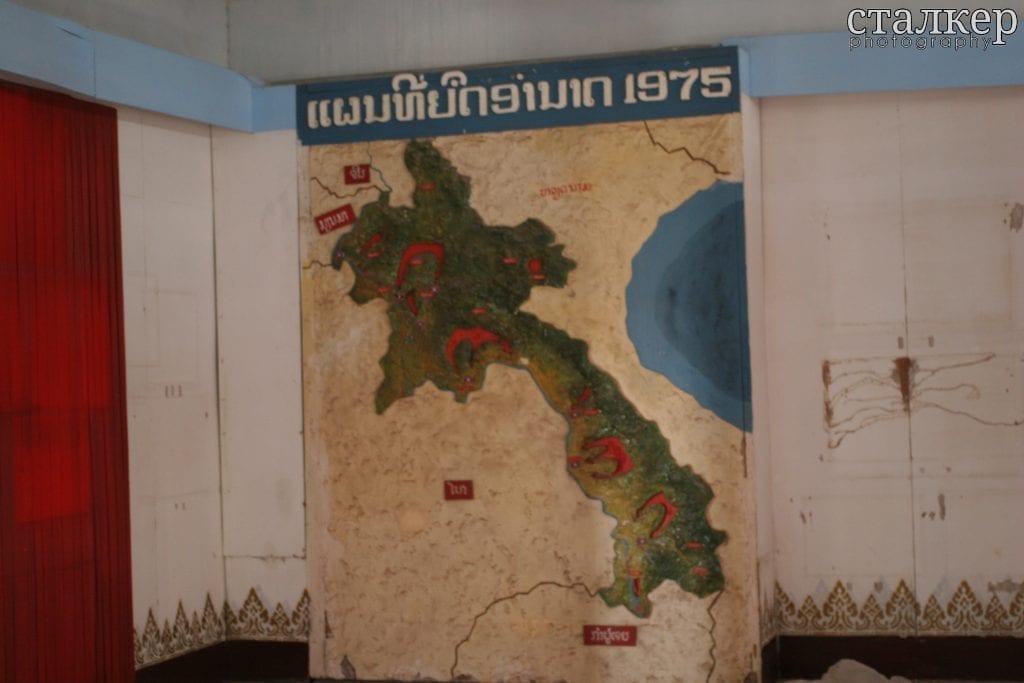 Before that in Internet you could read several angry references, about how bad are the conditions in which was the old museum.

“The museum itself is like a forgotten relic where some part of its first floor seemed like it was poorly maintained and you might step the wrong wooden floor and fall down”, write some foreigners. 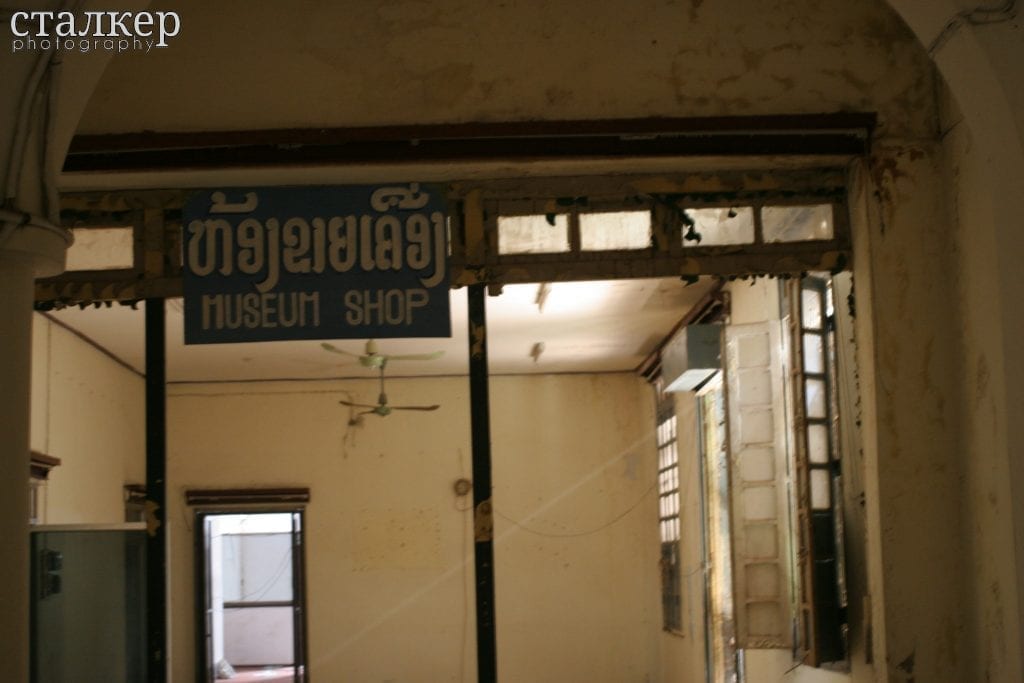 Others agreed that for such a small price the museum is okay.

While old europeans complain in how much bad condition was the museum, I enjoy it! 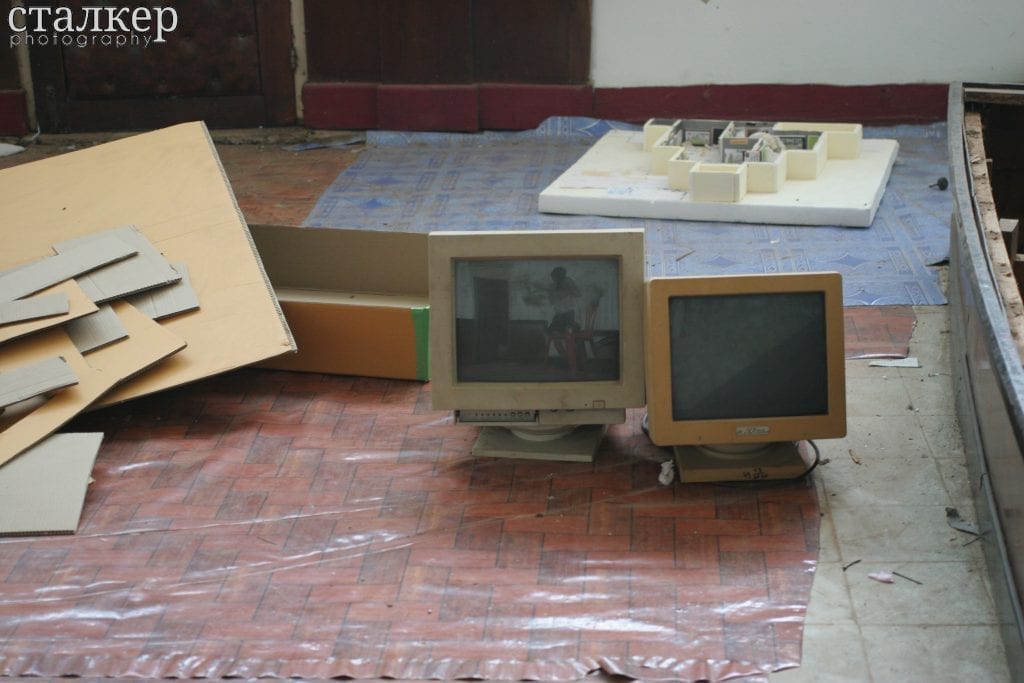 Common guys, we are not in Europe but in a developing country – Laos, you can’t expect the same level of museums as you have, so just enjoy the difference. 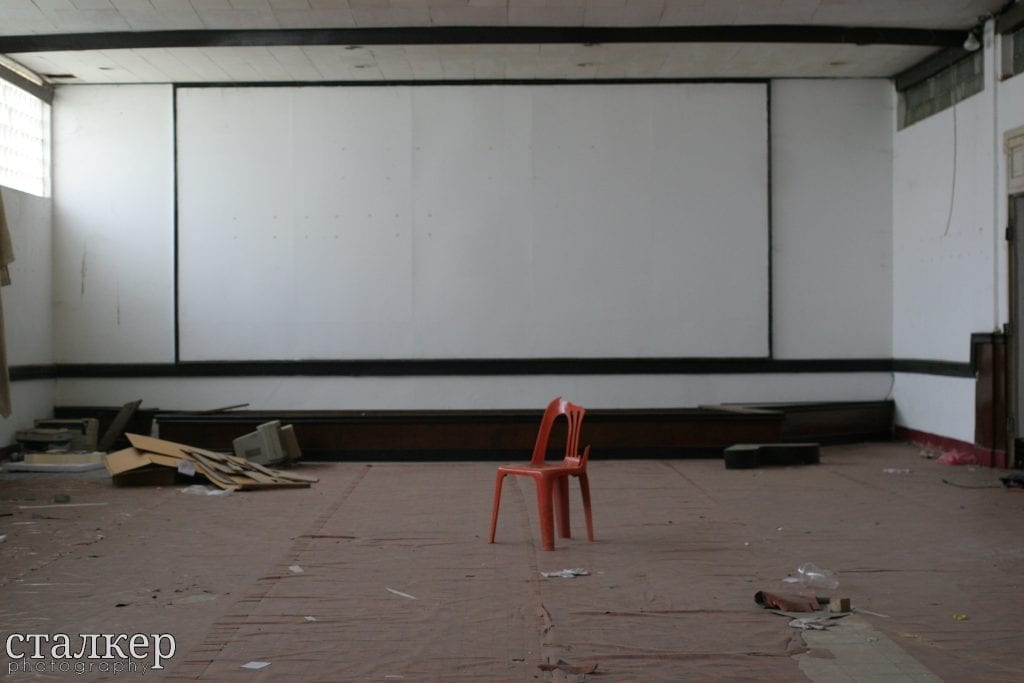 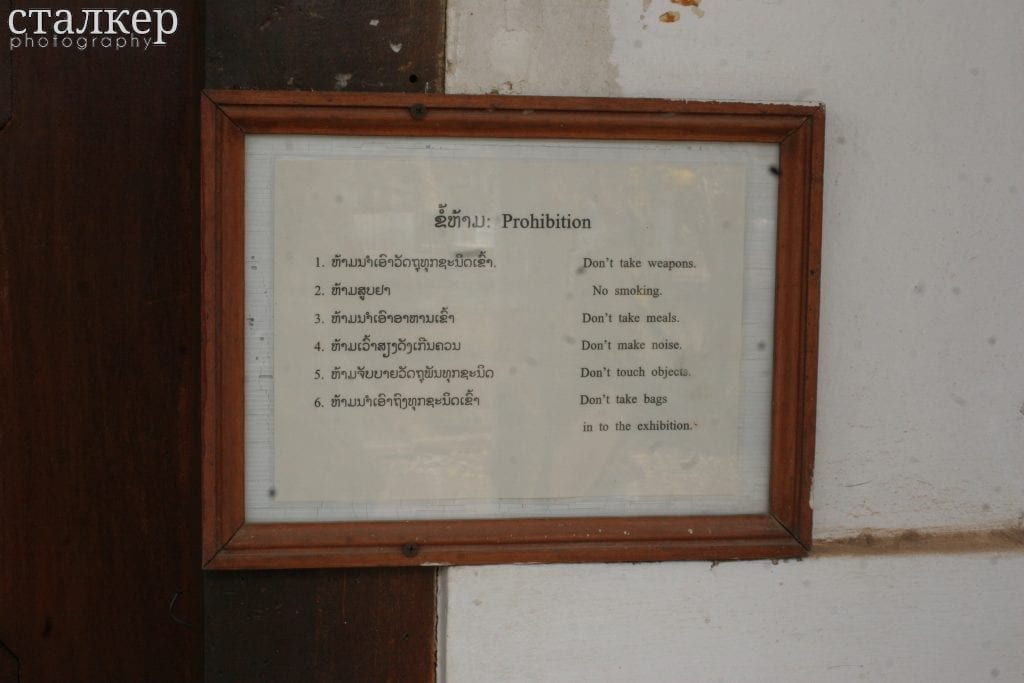 There is not that much left from museum itself, just several paintings and pointers of where to go, nothing more. 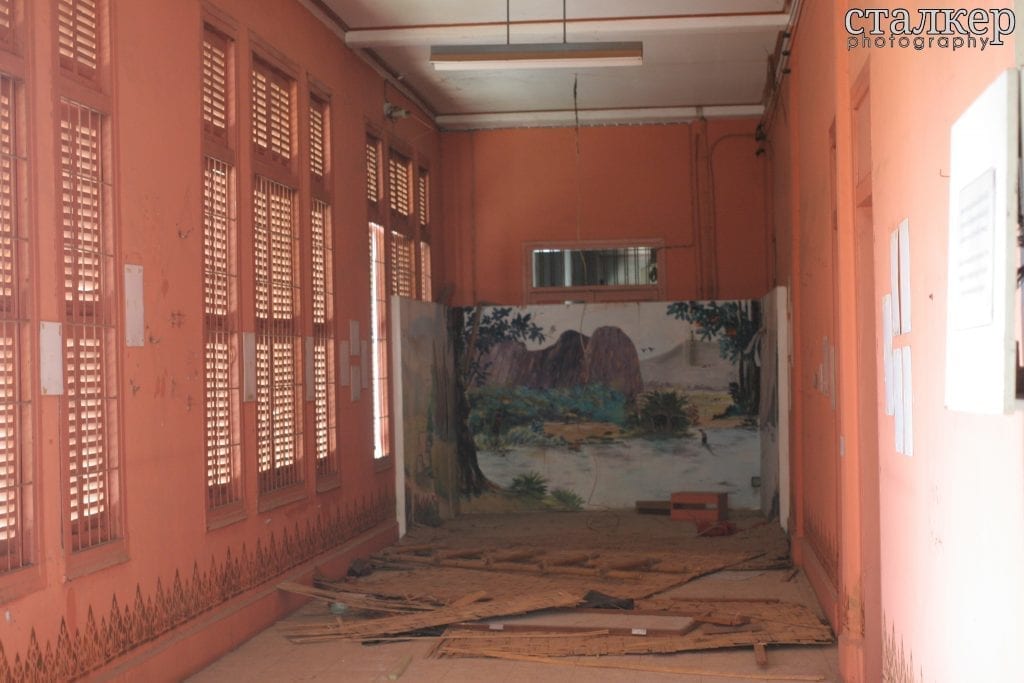 But the atmosphere inside was absolutely amazing! (if not count that fact that as always I was afraid of dogs and snakes inside the building) 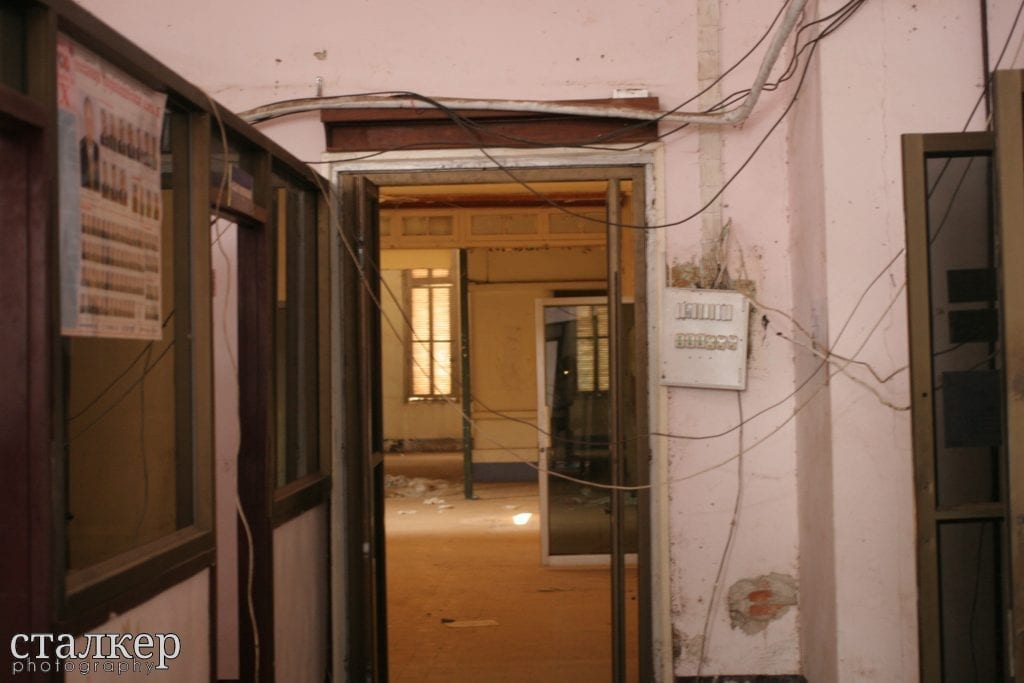 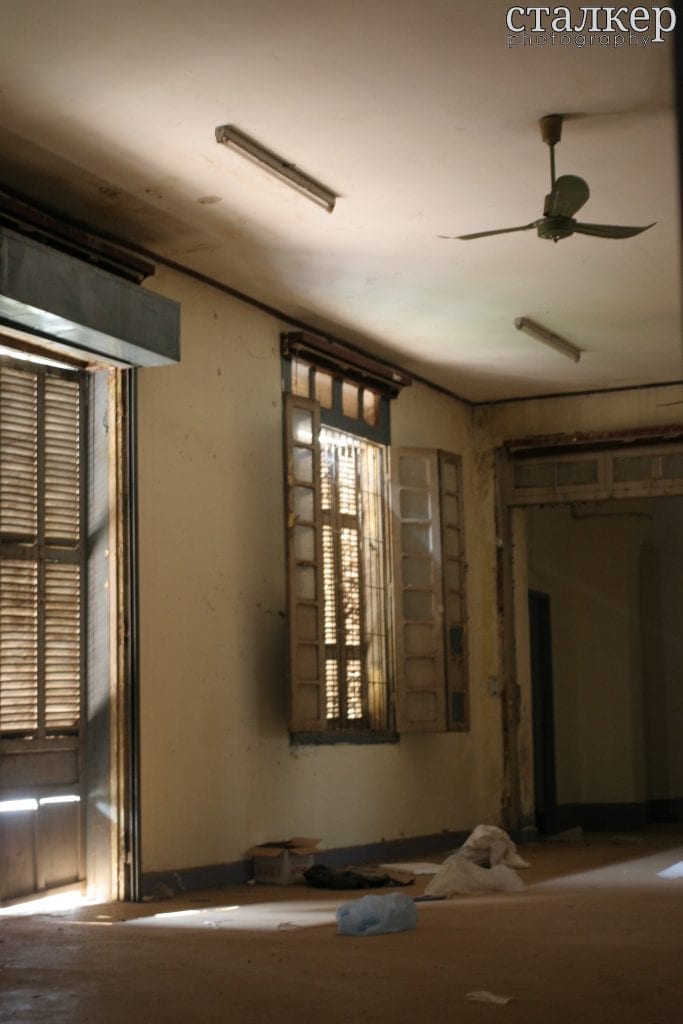 It is not like in usual museums when THEY control how to put light and so on. Everything is natural inside abandoned buildings. 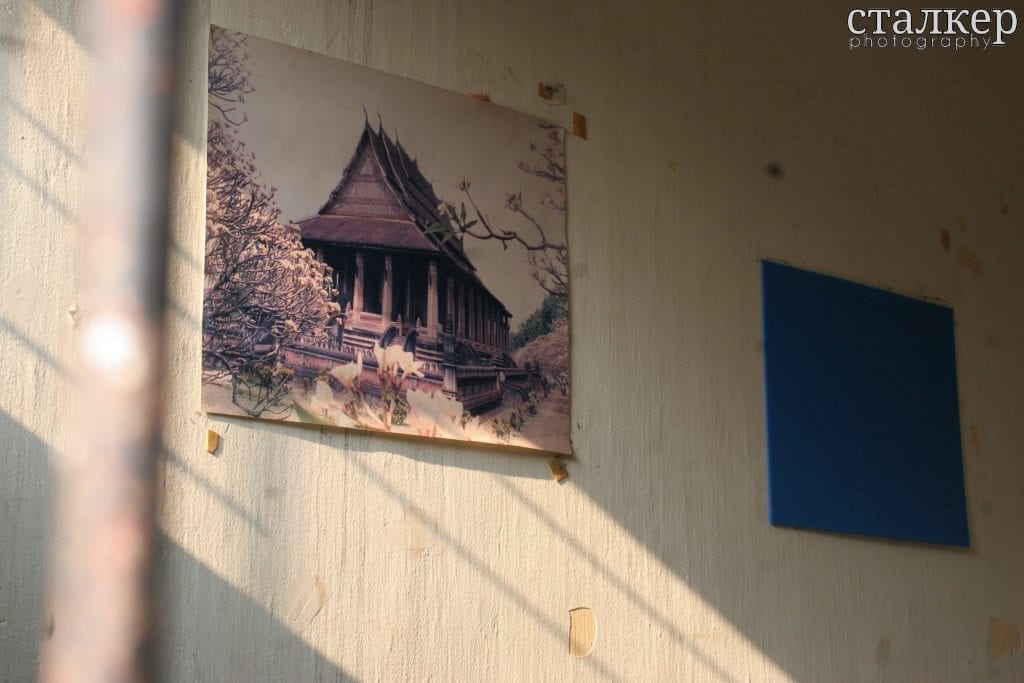 Going outside I have found an abandoned car in a hippy-style. Why? I don’t know. 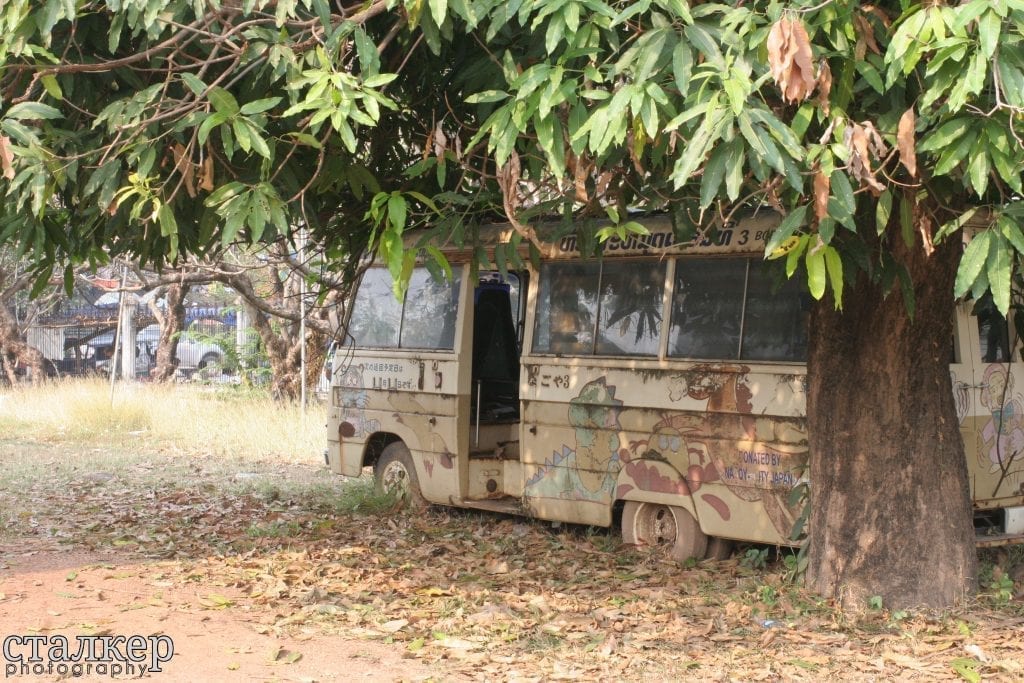 Locals outside were also not able to answer me what will happen with this place next. Time will show…