Here we are in Georgetown, our first city in Malaysia. We have no expectations, we know almost nothing about this city. But then when we walk around town we see many wonders – old abandoned houses one by one.

Abandoned Chinese school Shi Chung is located in Georgetown, Penang. You can find it near old Protestant cemetery, on the place where now parking is located. It’s quite huge so you will not miss it! 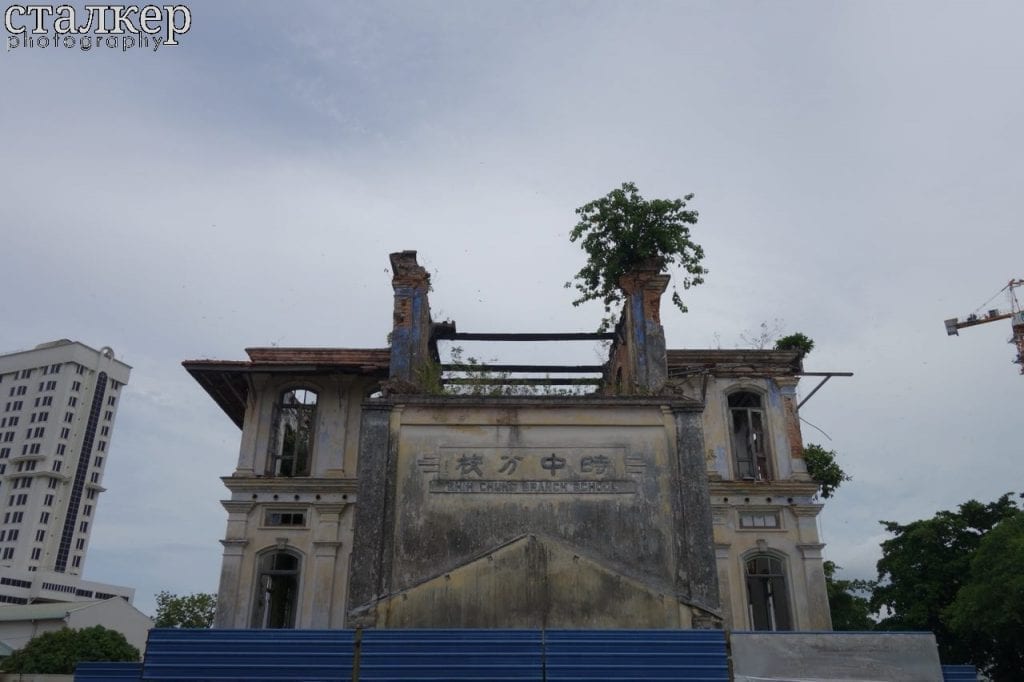 You can easy get inside as there are some holes in the fence around the school. Be careful! The building is super old so go inside just with someone else. 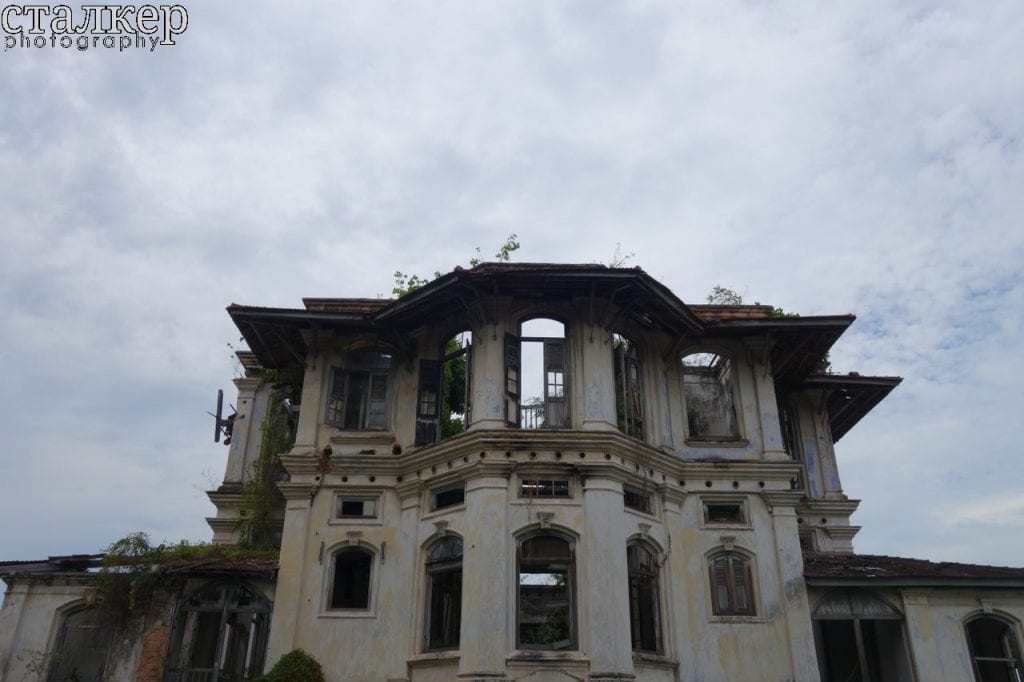 Other abandoned houses and mansion are scattered around the town. 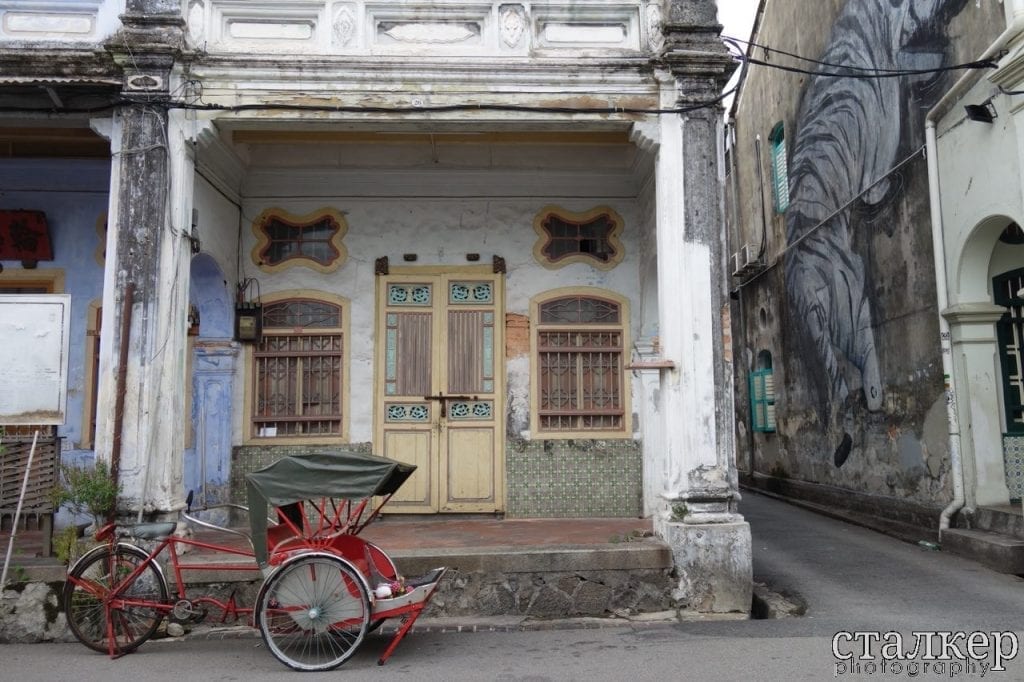 Penang has been part of Unesco’s world Heritage since 7th july 2008. Although most areas there are well preserved and have become enormous tourist attractions, there are still a number of buildings that remain unoccupied, neglected and have not received the same care. 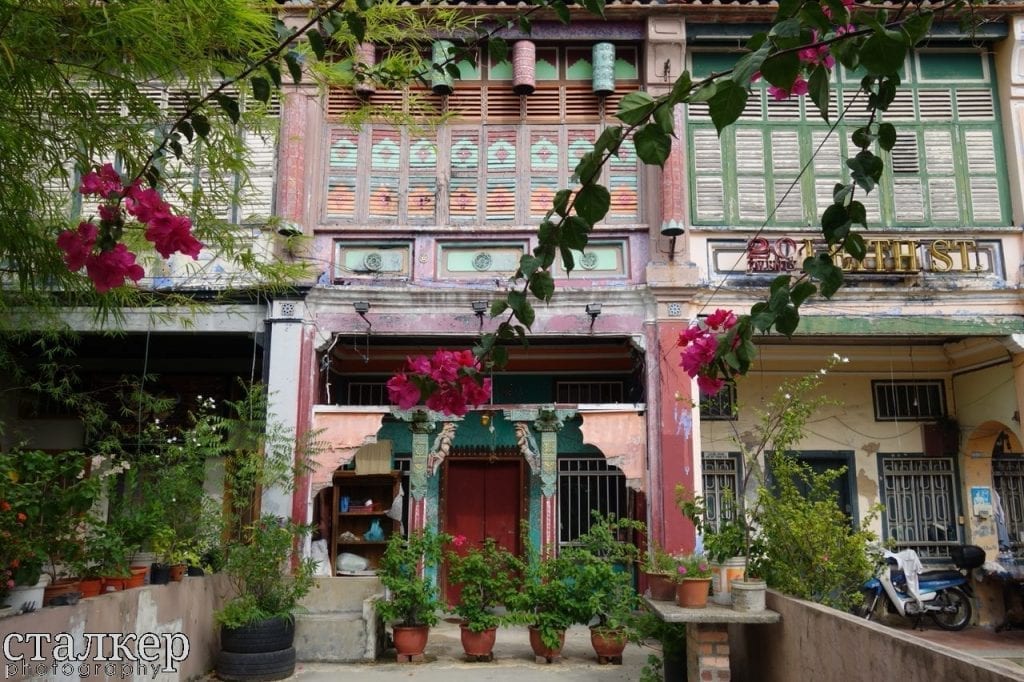 Why there are so many abandoned buildings?

Not all owners inherited their buildings. Some were bought and restoration work was transferred from the previous owner. This became an issue for the current owners, where their lack of experience and knowledge about the conservation of historical structures lead them to abandon the building until they could gather enough resources and hire the right professionals to do the job.

There were owners who put a lot of effort into providing preliminary plans for the restoration of heritage buildings. 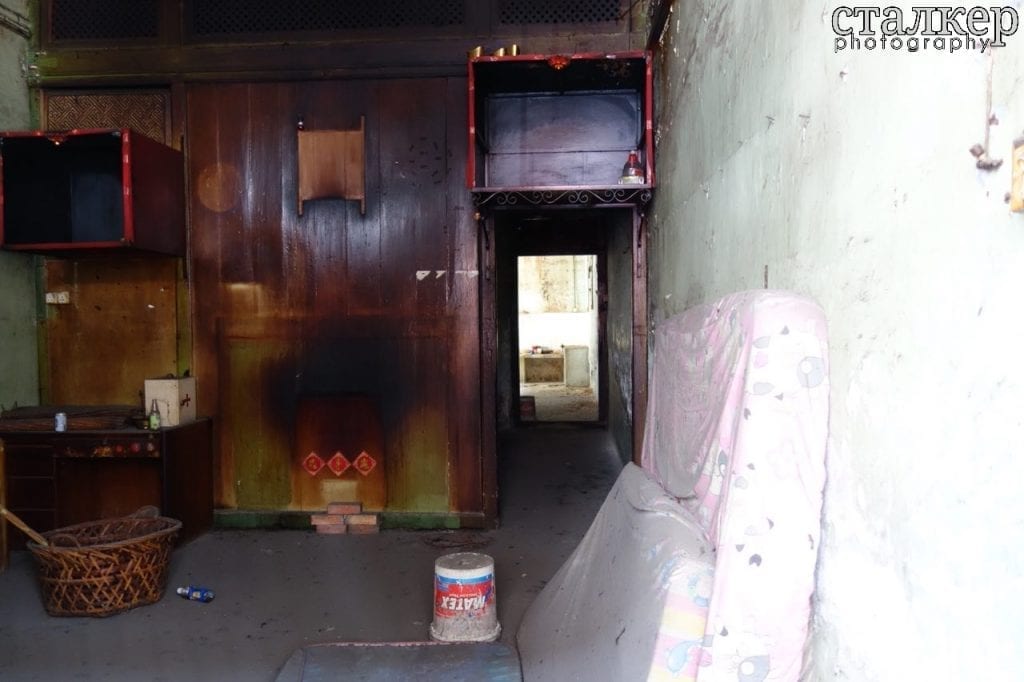 However, after estimating the required costs, they realised that the project would require more than they could afford. This contributed to their decision to abandon their heritage buildings for now until they can draw up enough funds to start the work.

Besides insufficient funds, there were also some owners who were private developers who could not begin the restoration of their respective heritage building due to a tight schedule to finish work on other projects first.

Some owners decided to abandon their heritage buildings because the surrounding area was found to be less desirable compared to others. 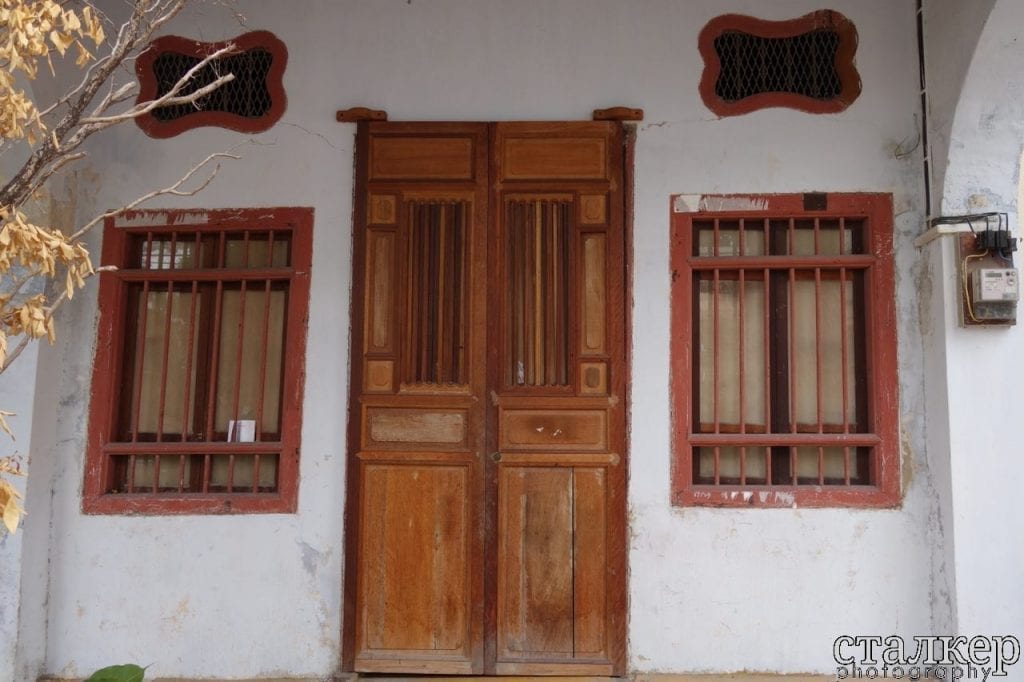 This school used to be one of the first Chinese school in the Penang, established by Hakka Chinese.

The road where the school is located was known at that time as Millionaires Road. It was reserved for Europeans as first residential suburb. Many European bungalows were located here, including gardens, tennis courts and so on. 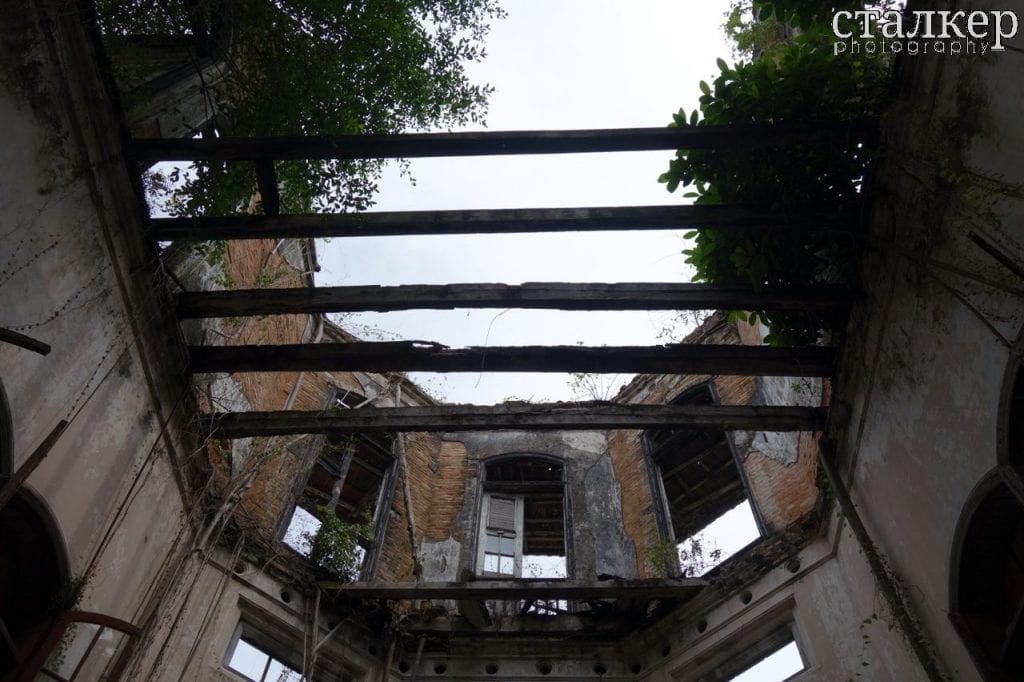 It was here when in 1880 Chinese millionaire Cheah Tek Soon built a five-storey mansion. 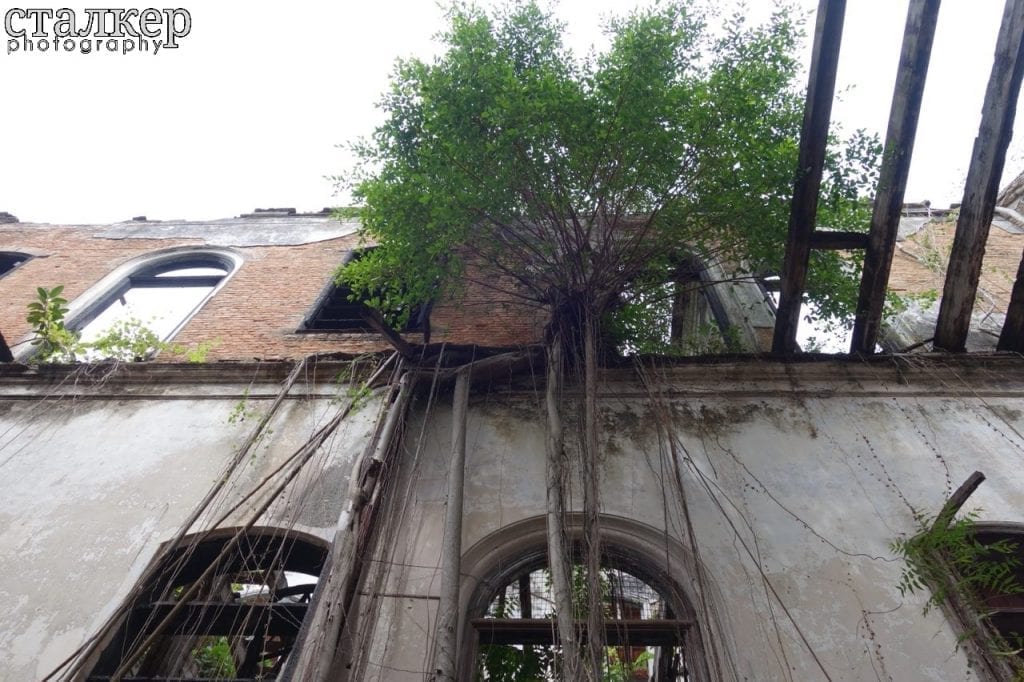 In 1915, the brothers Leong Eng Kean and Leong Yin Kean rented the upper floor of the building for the P’iJoo Girls’ School, which was shut down when the Education Bill of 1920 was put into effect. Later in 1938 here was founded the Shih Chung Branch School, which operated until 1994.

Nowadays the historical building is considered as an heritage site. 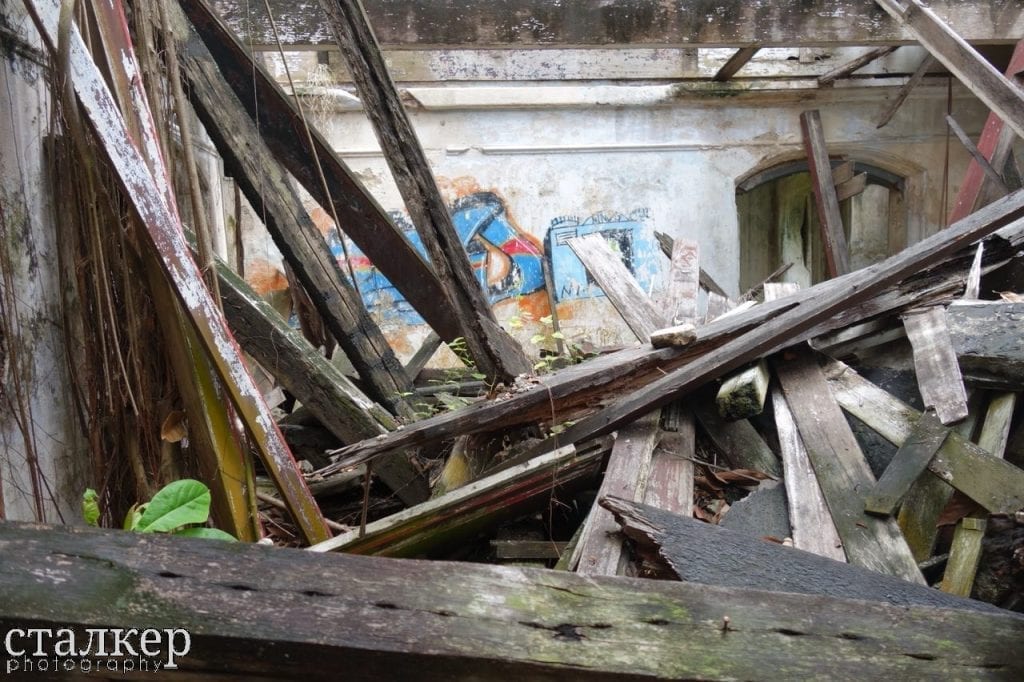 Right now nothing is left inside the Chinese school. It is just beautiful to admire from outside and come inside to see how nature took over this place. 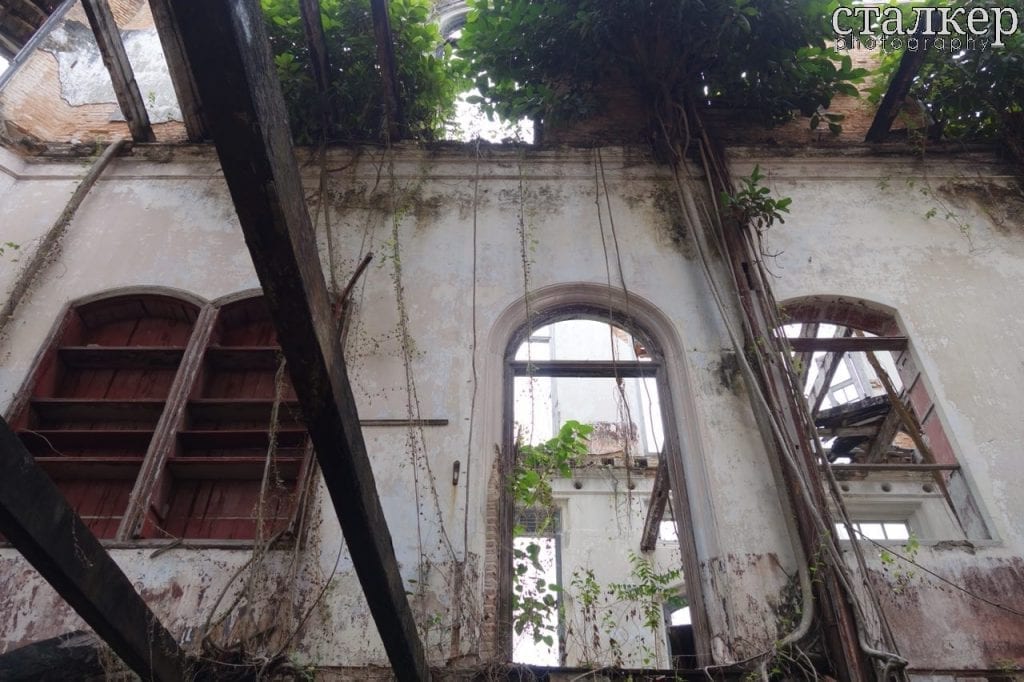 Beautiful trees grow here in strange ways, trying to be one part with once human built creature. Wooden beams take off almost like rockets, sometimes reaching the other side of the wall, sometimes precipitating to the floor. Picturesque pictures can be taken all inside this decaying building, where branches and leaves are similar to paintings, where just now we became part of it. 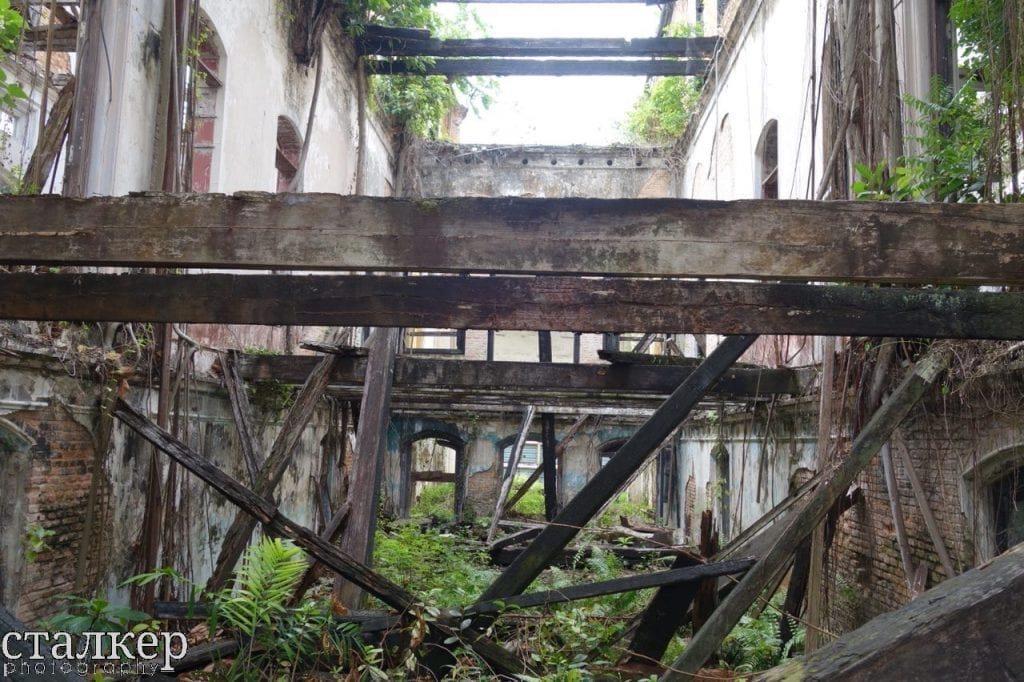 Soon the nature will take all the control here and the place will be completely destroyed so…. hurry up! Be ready to explore the last sights of this beauty.