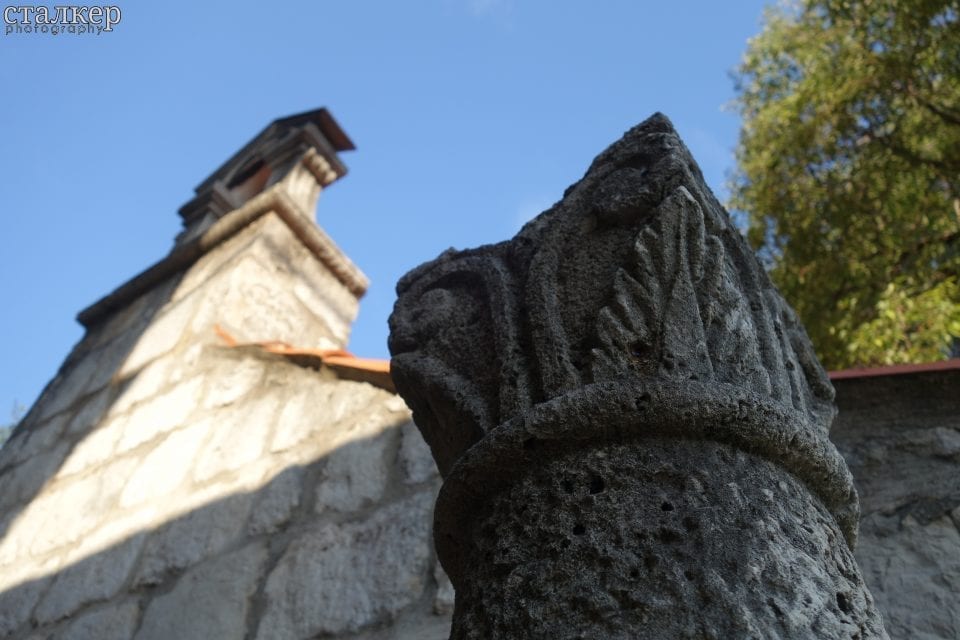 Dubrovnik, penultimate destination before my return home. Never has it been so hard to reach a place, never so hard. But fortunately mine, just a moment before I started looking for a place where I could place myself with the tent, this magnificent abandoned dwelling appears as if by magic in front of my eyes. 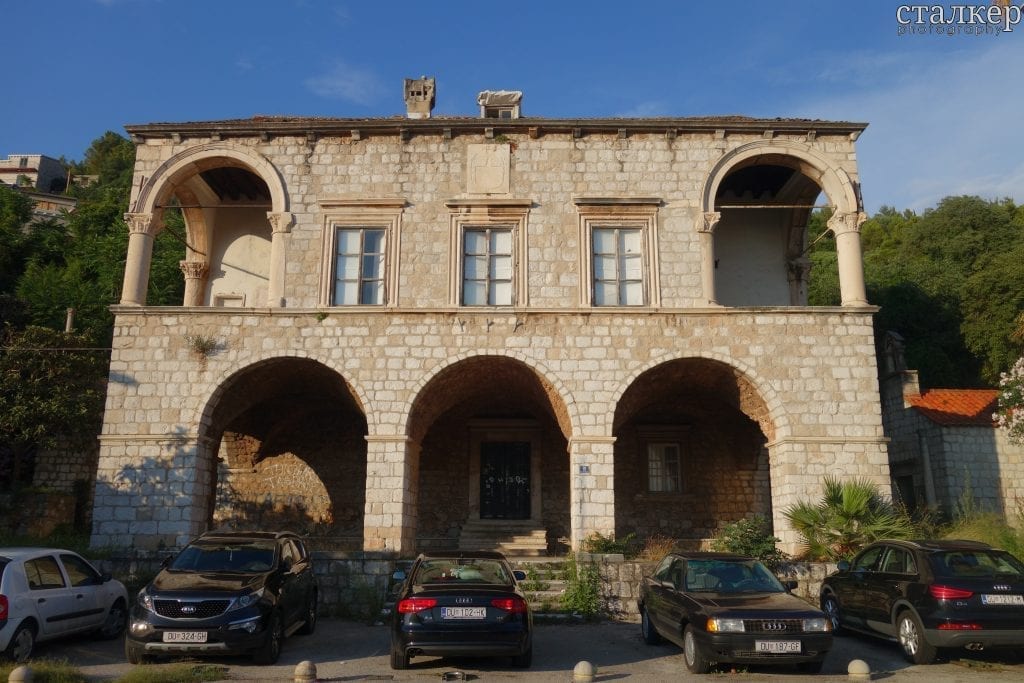 The abandoned dwelling is located in Dubrovnik (Ragusa for Italians), southern city of Croatia. Sorgo-Natali is positioned exactly opposite the bus station, on the opposite side of the road. The entries were all sealed, both in the back and in the front. If you are slim enough (like myself) then you might have a chance to sneak in through the bars of a window in the back of the house.

The villa was built at the end of the 16th century, therefore during the period of the first republic. In those years Sorgo-Natali (Sorkočević-Natalić) was used as a country house by some nobles during the summer. 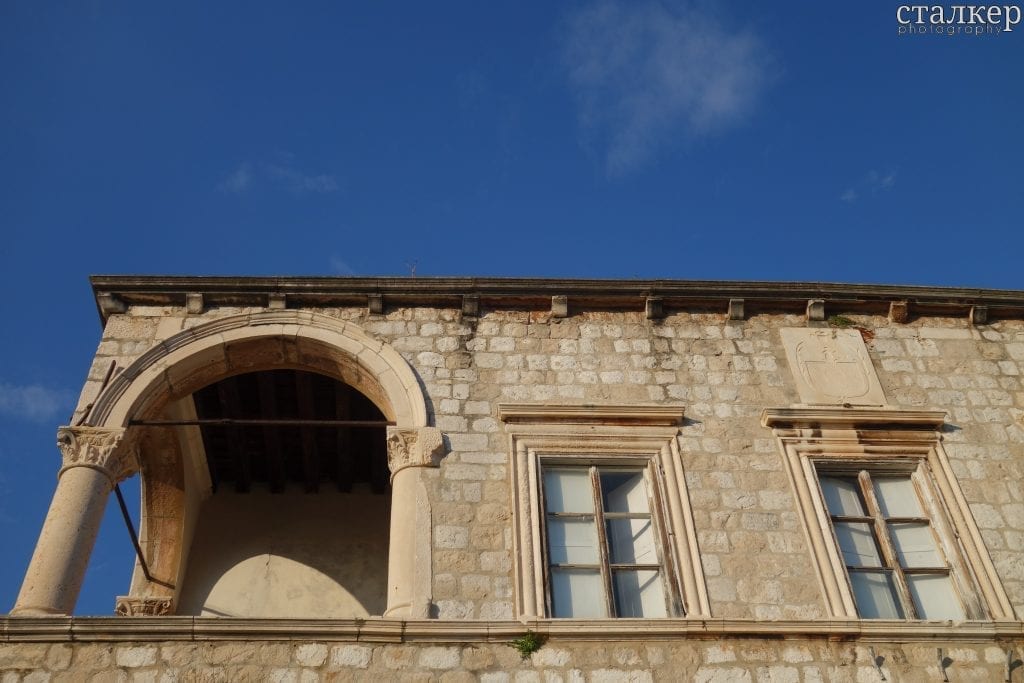 In the following years it underwent several re-uses, becoming the headquarters of the Italian army and then ended up being a home for a driving school. The interior has undergone several changes during the nineteenth and twentieth centuries, but always respecting a common and symmetrical organization with halls, rooms and lateral spaces.

The summer residence Sorkočević-Natalić, due to its “going out of the traditional schemes”, is considered one of the most emblematic and important architectural constructions in all Dubrovnik. We know that the last living Natali was Peter Jerome Natali (1839-1922). This man was a judge of Travnik, adviser of the Court of Appeal of Sarajevo and member of the National Party in the Parliament of Dalmatia 1885-1889. 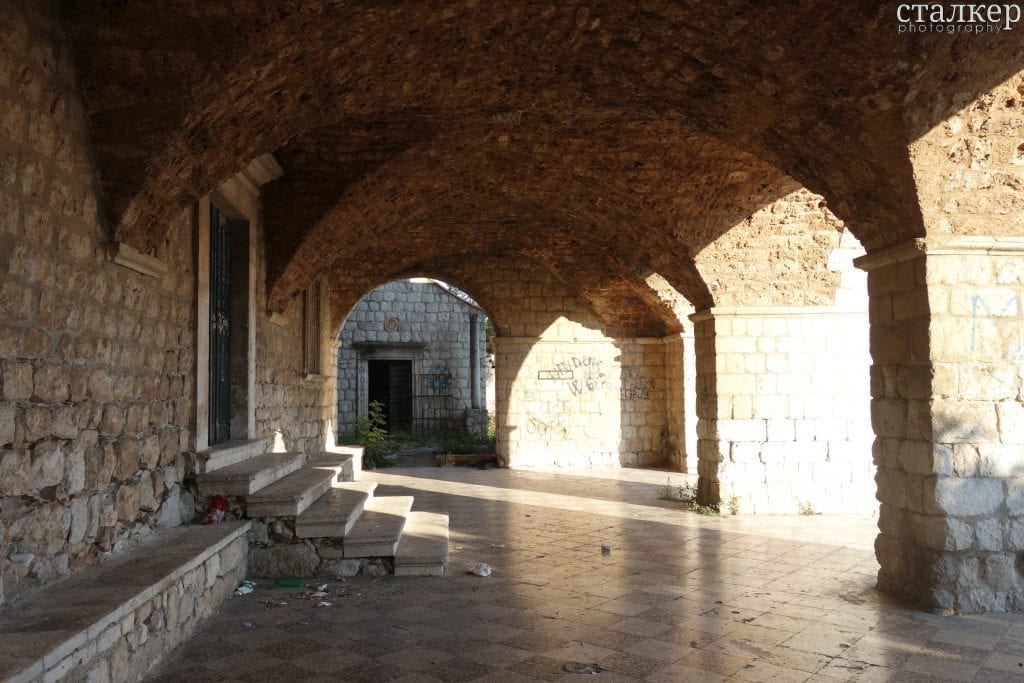 Still remains abandoned due to bureaucratic problems. Being part of the cultural heritage of the city of Ragusa, restoration requires several procedures that require time and a lot of patience.

Legend has it that inside the house there was an abyss, a deep hole below the ground floor, known only to the landlord, rich noble of Dubrovnik and unusually cruel. So it happened that a tragic day, in a fit of rage, this man killed his own daughter. In order to avoid to face the very strict laws of the Republic and an equally worthy punishment for this crime, he threw the body of his dead daughter into this abyss, thinking that he had rid himself of the evidence of his atrocious act.

However, the girl’s restless spirit could not be silenced. After his disappearance, “strange” things have begun to occur within those walls. Sometimes strange lights that shone through the windows in the attic were seen in the night and the daughter’s female figure began to appear, as she seemed to be looking through the glass. 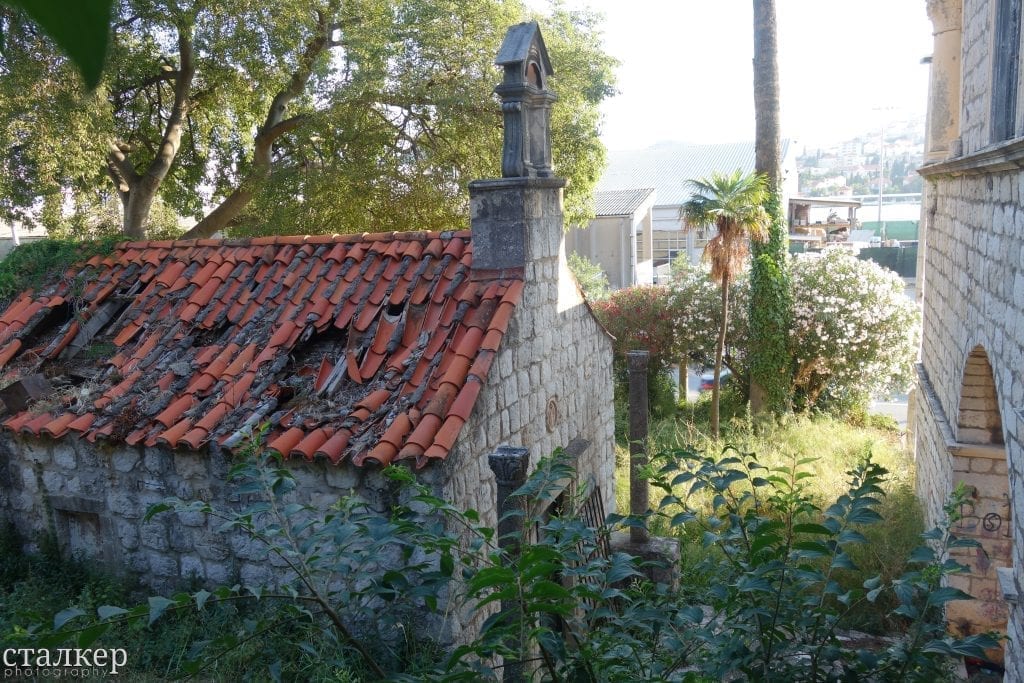 For a long time, people abstained from passing through the manor. Today this story has been covered by heavy layers of dust and the locals have forgotten everything.

Arrived not long in Croatia, I was already fed up. I decided to put an X on this country, as both people and prices do not in any way aggravate me. On my way up the hill I come across this beautiful mansion which, at first sight, seems abandoned. All this is confirmed but a moment later, after watching through the glass of a window, I notice inches of dust on some books. 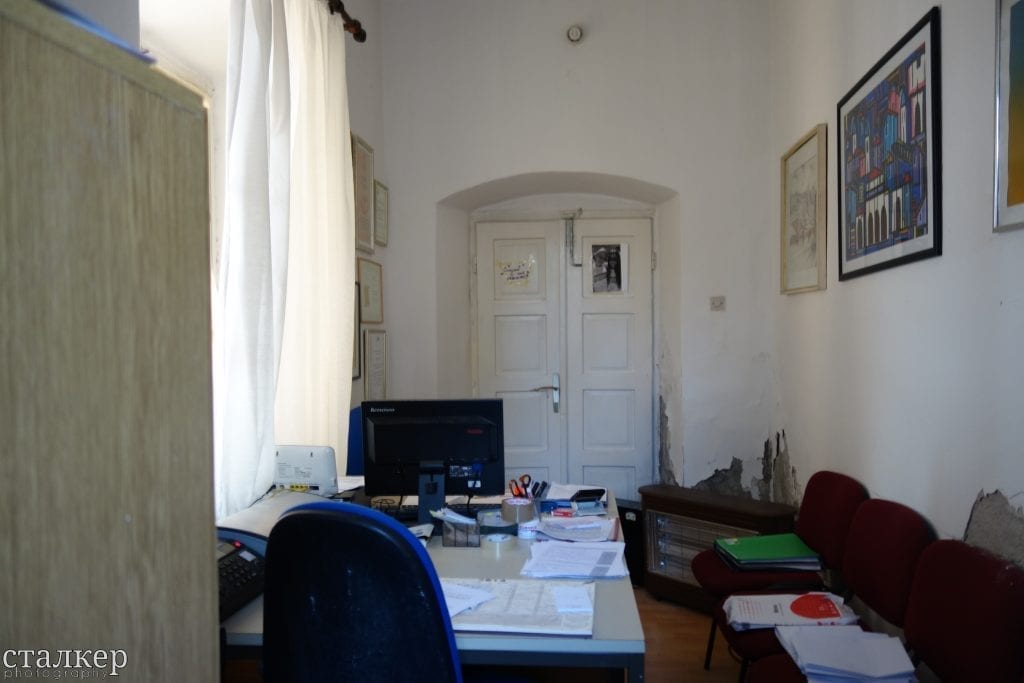 Not far from the portico there is a small chapel. Its empty interior presages a mystical and surreal notion. On the outside, instead, I follow the Ionic style columns that lead around the perimeter of the house.

I follow them, climbing stairs, passing in front of some windows, closed by grilles and newspaper rags to plug the holes in the glass. In one of them I see a larger space extending from one bar to another. I identify myself in a contortionist, leaving first my little head and then my well-formed bust (joke eh). I’m about to enter when I think back to the backpack and the possibility that someone in the meantime can come. After these rather real paranoia I make myself, and I let my body slip backwards. 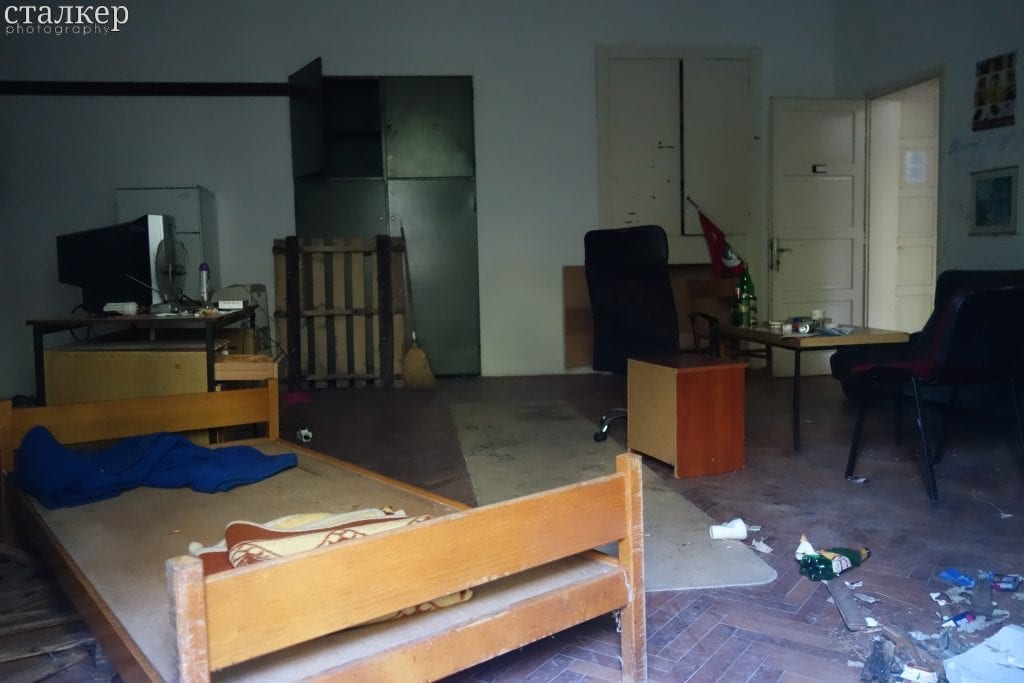 With a little jump I land on the grass, almost risking to fall with one foot in the furrow that separates the garden from the house. I want to make sure that there are not as many openings in the neighboring windows and so I patroll the dwelling from top to the bottom. Unfortunately nothing. The only possibility given to me is to take some photos through the space of the two bars or close to the window. 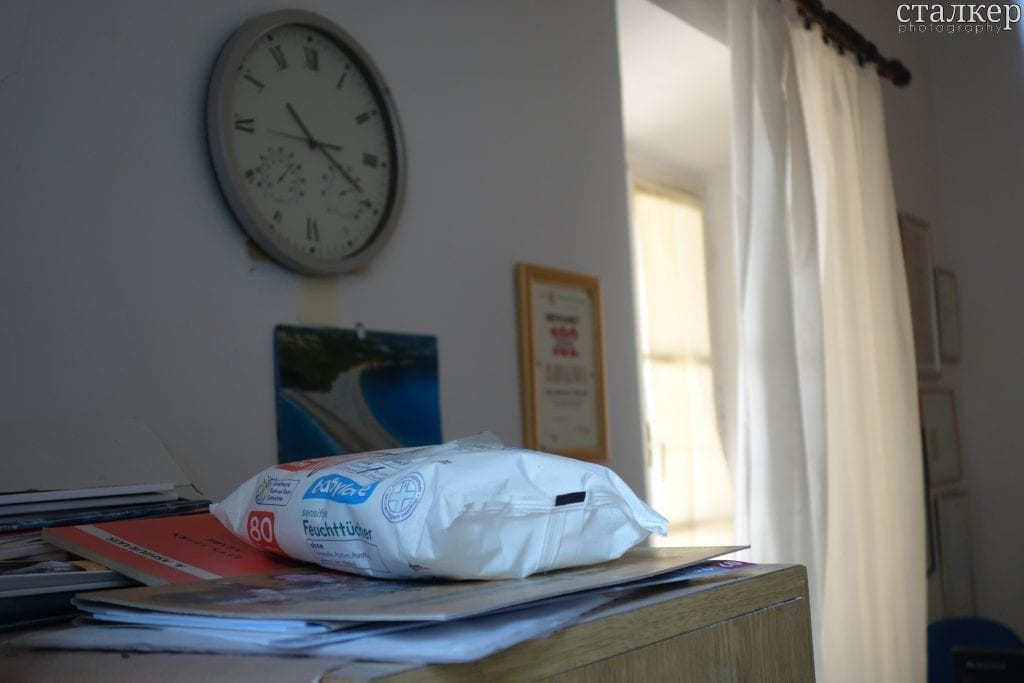 I am a little disappointed but also enthusiastic for having found my second place abandoned in Croatia, after years of visits to this country.