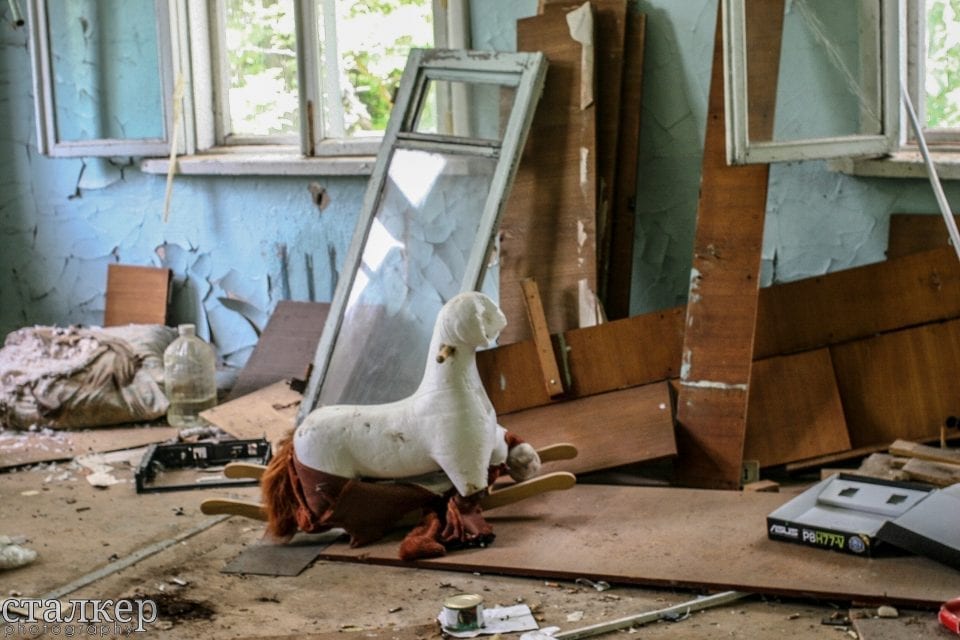 There is no more here children’s laughter, no one is running trying to catch each other, the joyful feeling of something good is missing now. On the walls is written “you are doomed,” bottles of vodka are scattered on the floor, all toys lie with torn eyes. Children have grown up and now they have another fun …

It is easier to get here by car, because it is located outside Vladivostok. When you are driving along the highway, take the Tenth Street.

You can also get to the camp by train from Vladivostok. Get off at Sanatornaya station. 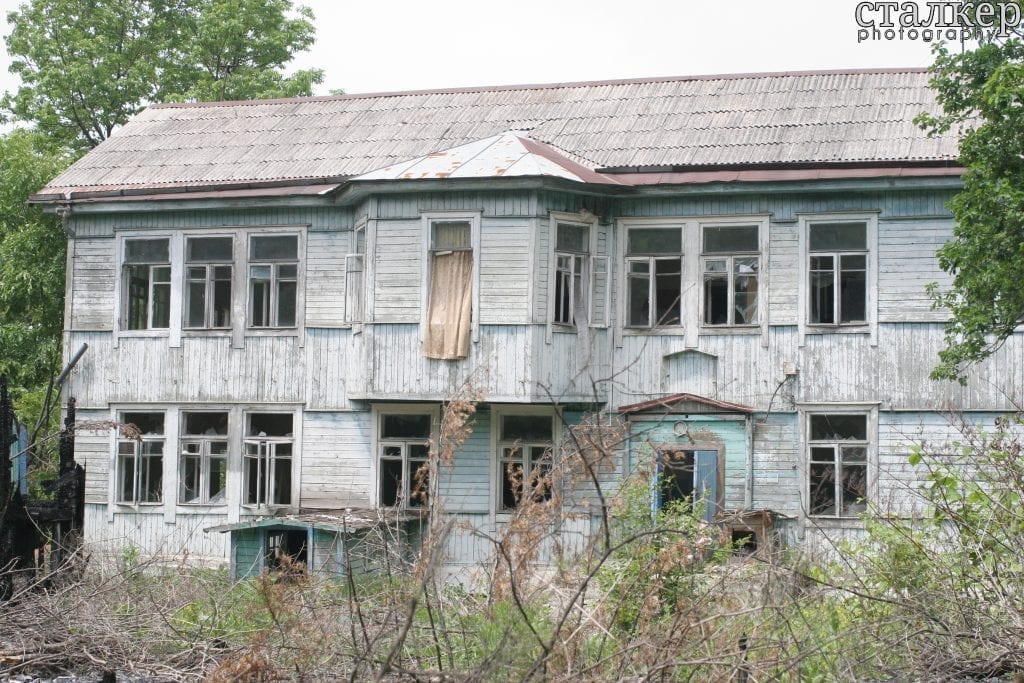 Pioneer camp arose in the days of the USSR and it was on the balance sheet of the defense enterprise “Dalzavod.” Here mainly the children of the workers of the plant were resting. A number of places were given as well to beneficiaries – people with disabilities and orphans.

The camp was in the forest, near the sea. All the houses were wooden. This all helped children to feel themselves in the bosom of nature and quickly forget about the city bustle. Children rested in the camp with both their soul and body. 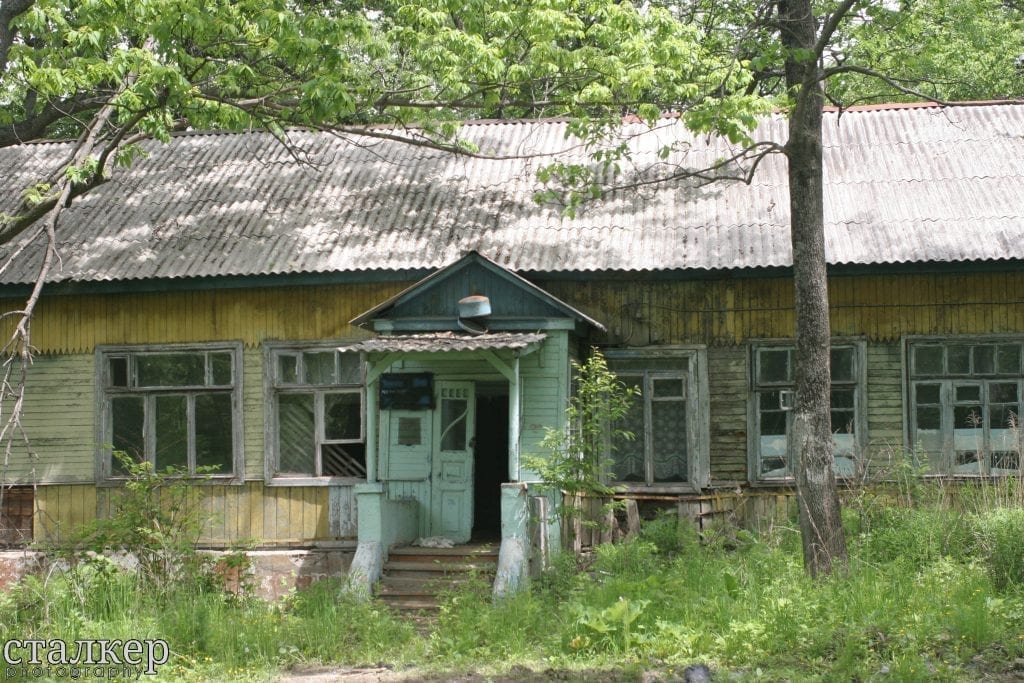 In the mid-1980s, the daughter of the well-known Vladivostok artist Rurik Tushkin Tatyana rested in the camp. She shared her memories from those times:

«Тhose times are very difficult to forget. For us, kids, the trip to the camp was a breath of fresh air. There was never a time for boredom, as leaders and the workers always held sporting events for us. There were venues for volleyball and football, where we often played. In addition, we loved the “Smena” for free access to the sea. Kids were allowed to swim and sunbathe. In general, leisure was saturated, “- recalls Tatyana Ryurikovna.

In the autumn time, the children’s camp turned into a boarding house: now the workers of the plant were resting here. During their rest, they could also attend health-improving procedures in the nearby sanatoriums “Amursky Bay” and “Azure”. 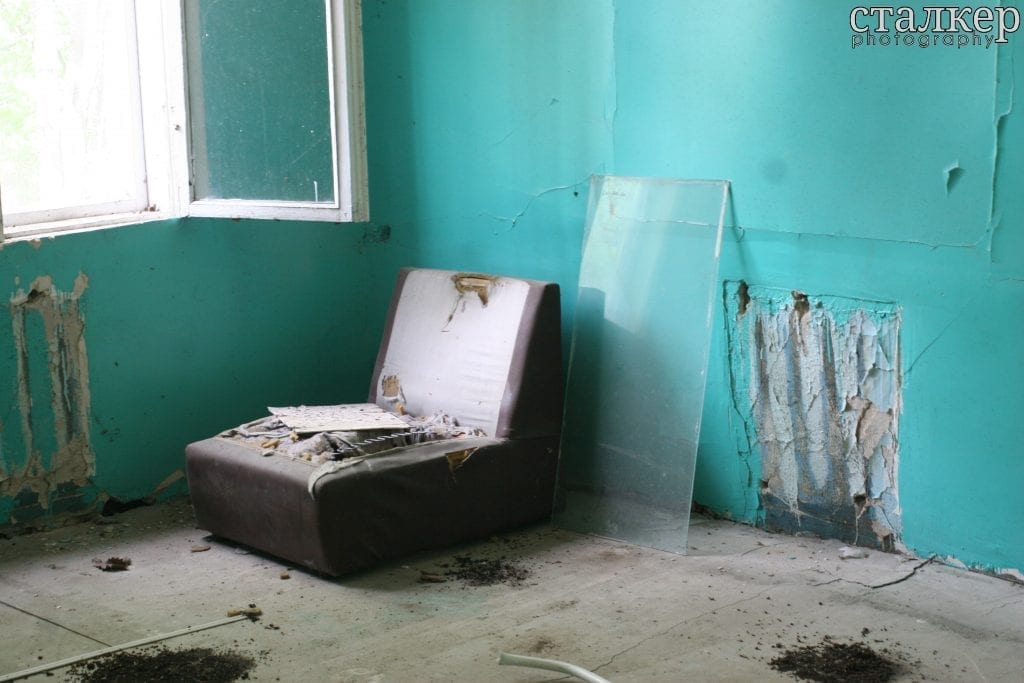 After the Soviet Union collapsed, the camp was provided with the money of the plant until the year 2000. In 2002, “Smena” became a children’s health camp.

But the problems started at “Dalzavod”, which from the beginning of zero-years has been slowly approaching bankruptcy. And soon the defense enterprise had to refuse from providing money to the children’s camp.

The camp existed for a while, but soon it had to close. The territory of the camp is still owned by local authorities. 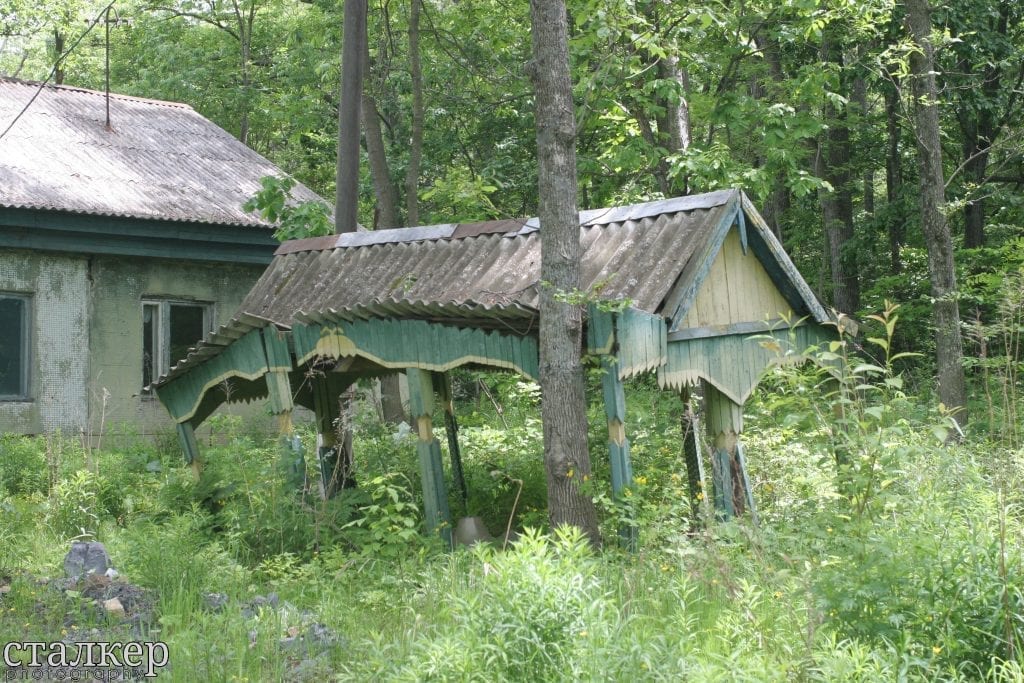 The camp gives the impression of an apocalypse and in the first minutes it is difficult for me to believe that children really did rest here.

On the territory of the former camp, there is still a two-story former gastroenterological building, a hospital, toilets, a dining room and a gazebo. 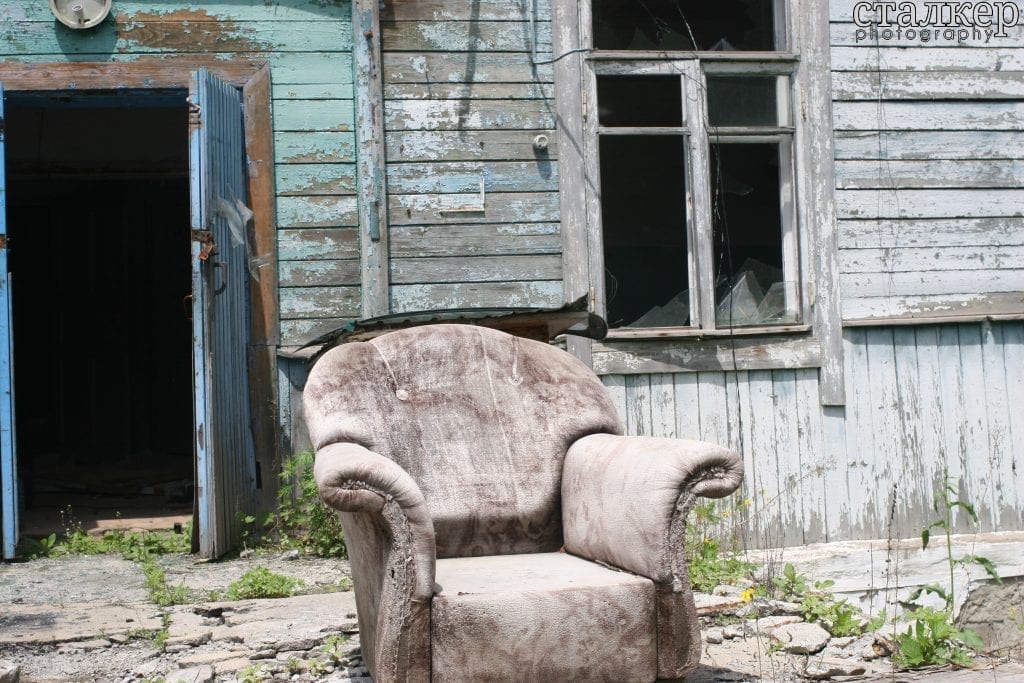 Buildings are collapsed, but it seems that anyway human is an often guest here. Clothes are scattered all over the place, old mattresses lie, cigarette packs and old bottles of vodka and beer are lying around. 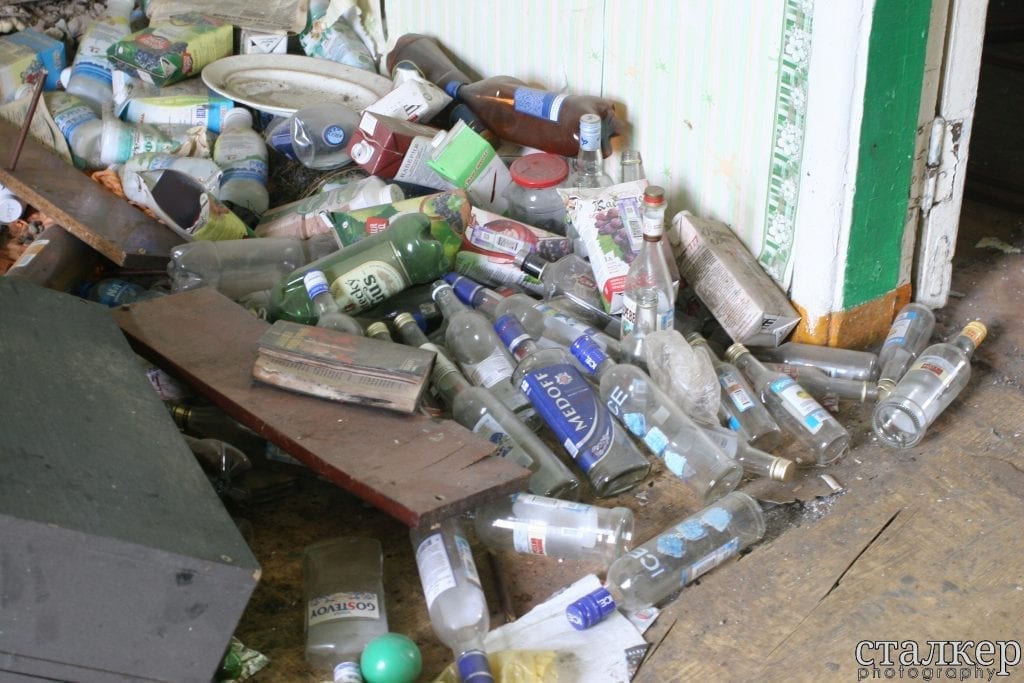 On the contrary – dirty children’s toys, little shoes, children’s cartoons are laying… In the first-aid post there are medicines, bandages, unused syringes. On the walls you can see many calendars which are dating back to 2010. 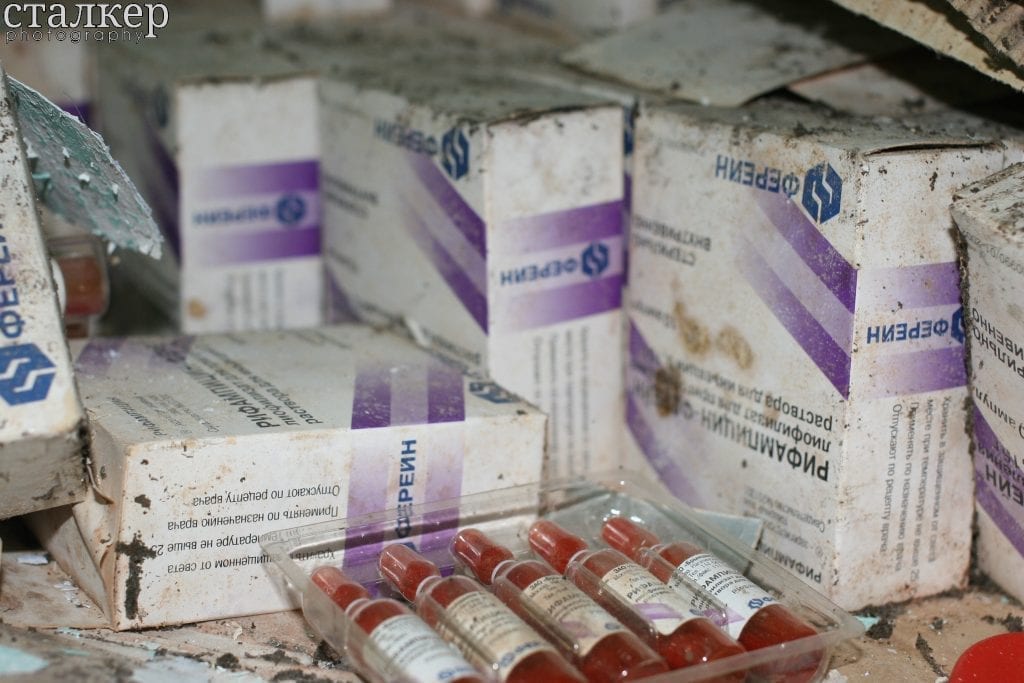 There is a feeling that people suddenly left this camp, even without taking anything with them. And then other people as well at one time came to this place and made it their home…