In the North of Russia, where day continues just for 3 hours, and another time is given to darkness, n old military hospital stands covered with a cap of white snow. It is all alone and everyone forgot about it, just three friendly dogs guard him during days and nights…

The hospital is located near the center of Sortavala, in the Republic of Karelia, Russia. An abandoned building stands on Mount Kukhawouori, from where a stunning view of the city opens during the summer!

The Finns built a public hospital on the mountain at the beginning of the 20th century. The grand opening took place on November 23, 1901. The design of the hospital was made by the architect Shefbek, who constructed the building with Gothic and Renaissance motifs. The new hospital in an instant became one of the main attractions of the city.

It was designed primarily for wealthy citizens, he could accommodate up to 50 people. There were two operating rooms, four dressing rooms and four bathrooms, ten common and five separate wards, seven rooms for the medical staff.

Famous surgeon Gustav Winter was operating here. On his initiative, a maternity ward was opened, and a little later the first X-ray room in Finland.

In 1914, during the First World War, the hospital turned to military, and started to welcome wounded Russian soldiers (at that time Sortavala still belonged to the Grand Duchy of Finland).

During World War II, when Sortavala became a part of the USSR, a military sanatorium was organized here and soldiers returning from “hot spots” came there to be treated. It will stay here until 2009, after that it will start to be abandoned due to military reform in Russia.

Even before the military hospital, I was greeted by another abandoned building that was supposed to be a  central regional polyclinic, made in pre-revolutionary style. Today nothing has survived from it, everything has been burned inside and out, so I go to my primary goal in the hope of seeing at least something… 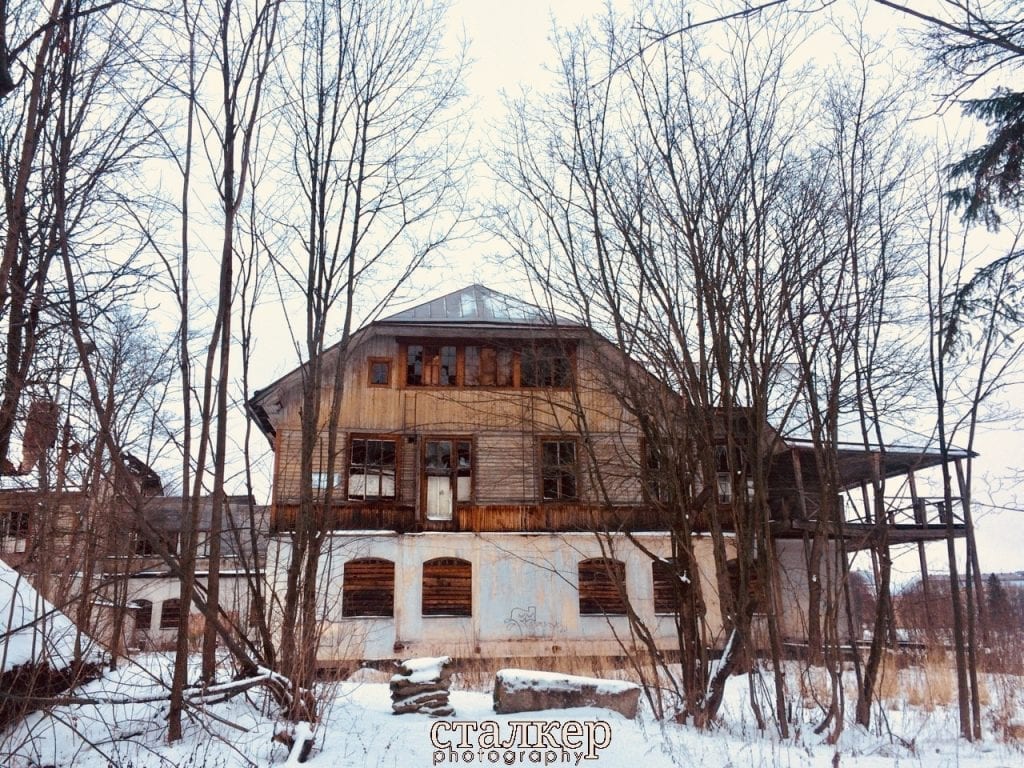 Military hospital greets me with a gate and I don’t risk going through it before on the right I can see that the gate is over and it’s easy to get to the buildings, but… I suddenly see dogs… 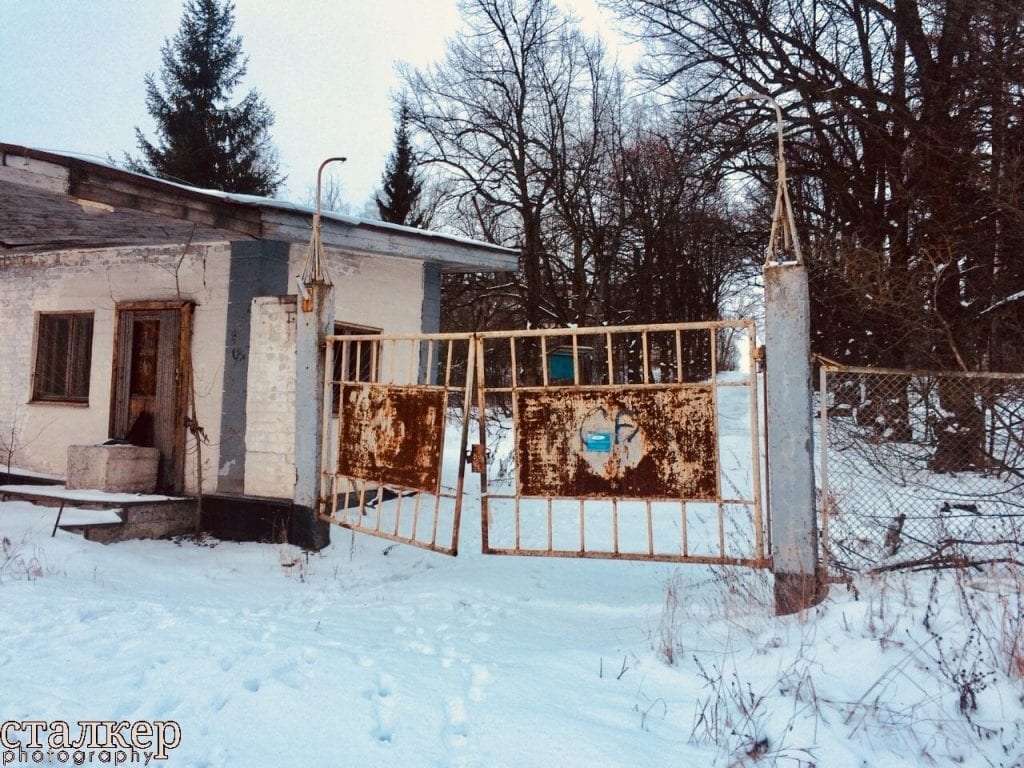 It makes my heart stop, memories from Asia are still fresh, when the dogs looked so dangerous (though in fact, they only barked and never bit). Suddenly, “bloodthirsty” dogs run up to me and gently lick my hands.

I enter the hospital grounds. Around, as is the case of all abandoned buildings of Russia, only four walls and any windows remain. 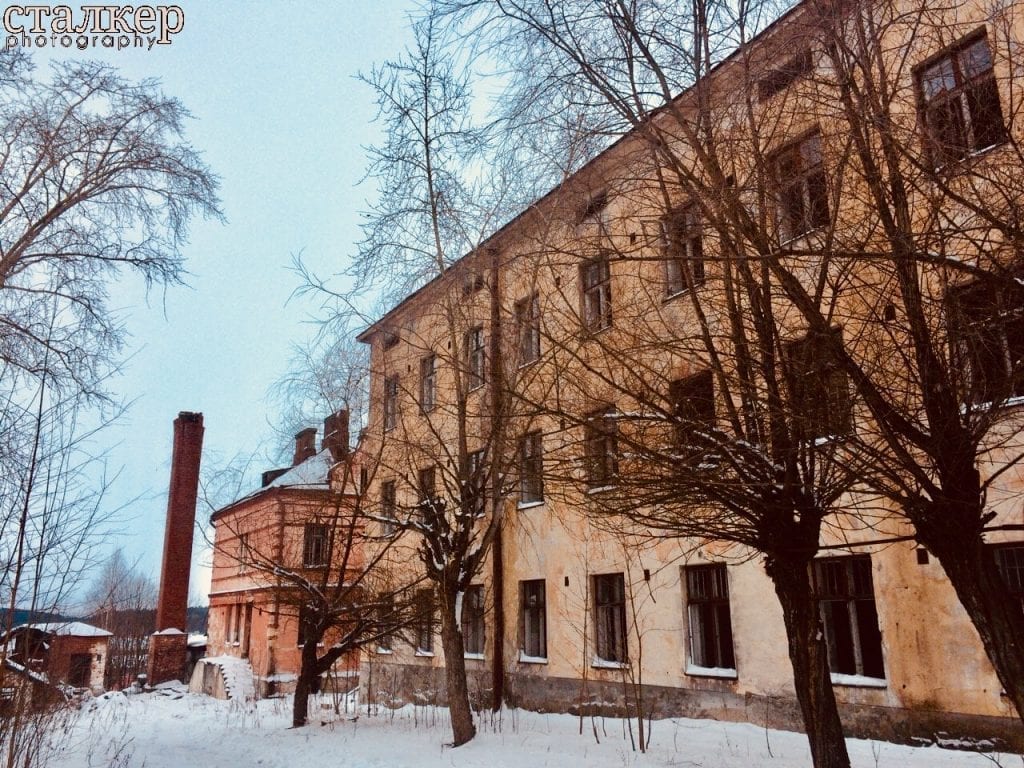 I like the style in which the hospital is performed. Red bricks, white walls, customization, gothic spiers, broken windows and trash everywhere… 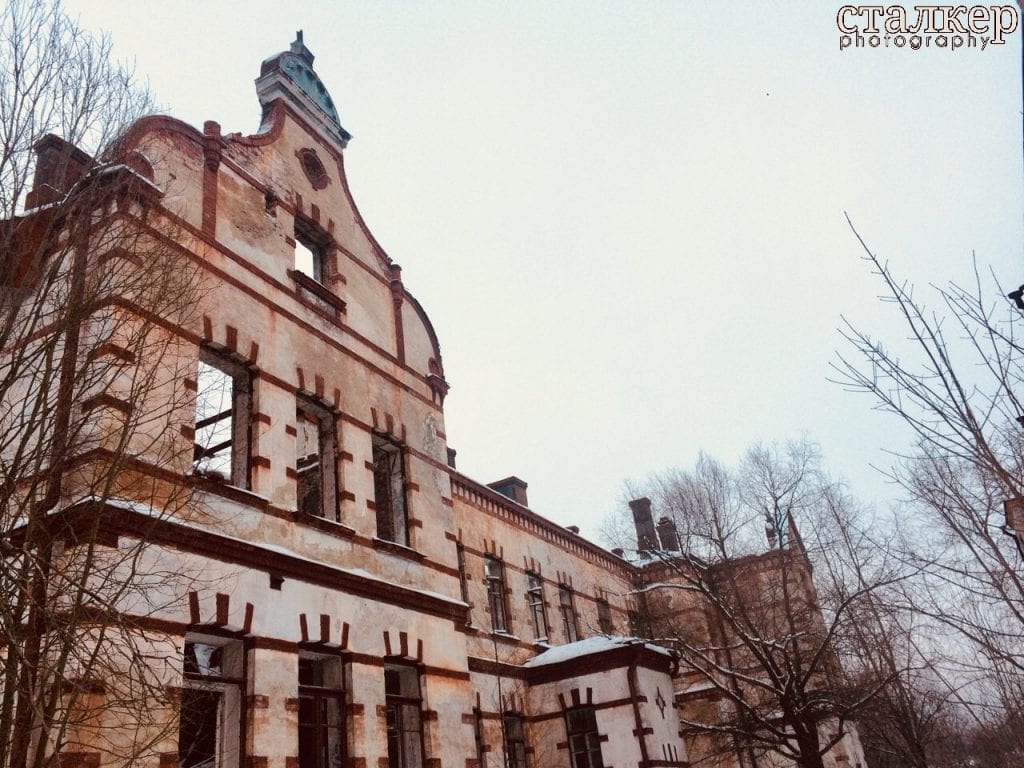 But I could not indulge in utopian thoughts: suddenly a guard appeared and began to drive me away. But luckily he allowed me to make at least a couple of photos, meanwhile saying that the place was sold out and now, “by all fair rules”, new owners must reconstruct it. 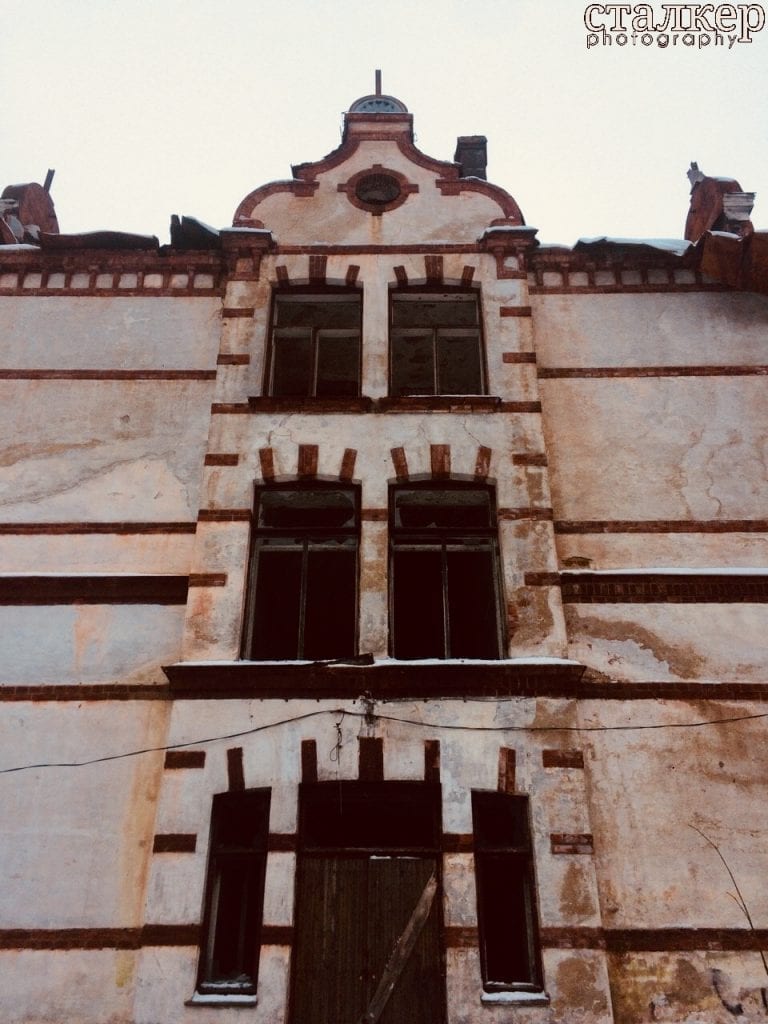 We both laughed at this absurdity and that no one will ever do it, and at that point I left the old snow hospital…