Somewhere in far Iceland on the seashore an old plane found its rest. It has been lying there for 40 years and only gulls and waves know his most intimate secrets.

The abandoned plane DC-3 is located in Iceland, on the Sólheimasandur Beach, not far from one of the most beautiful waterfall called Skogafoss.

The plane itself is located in 4km from the place where you will need to park, so all this distance you will need to walk by yourself. In the parking place there will be quite many tourists, so you will for sure not get lost. 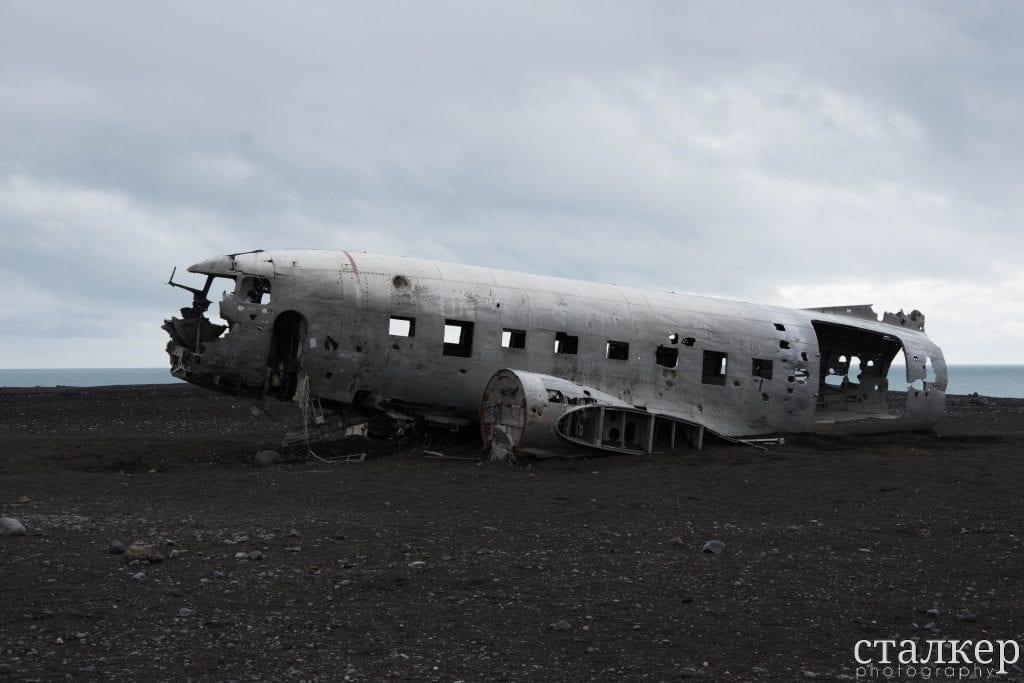 The US Navy DC-3 super bus plane crashed here on November 21st, 1973, after it was forced to make an emergency landing. The real reason why the plane went down are not clear even now. Some say that the aircraft ran out of fuel, while others that it had technical problems. Luckily all members of the crew survived.

After the crash the plane was left here on the beach. Though aircraft wings and tail together with fuselage dissapeared. According to the rumors, local farmer stole them and sold. 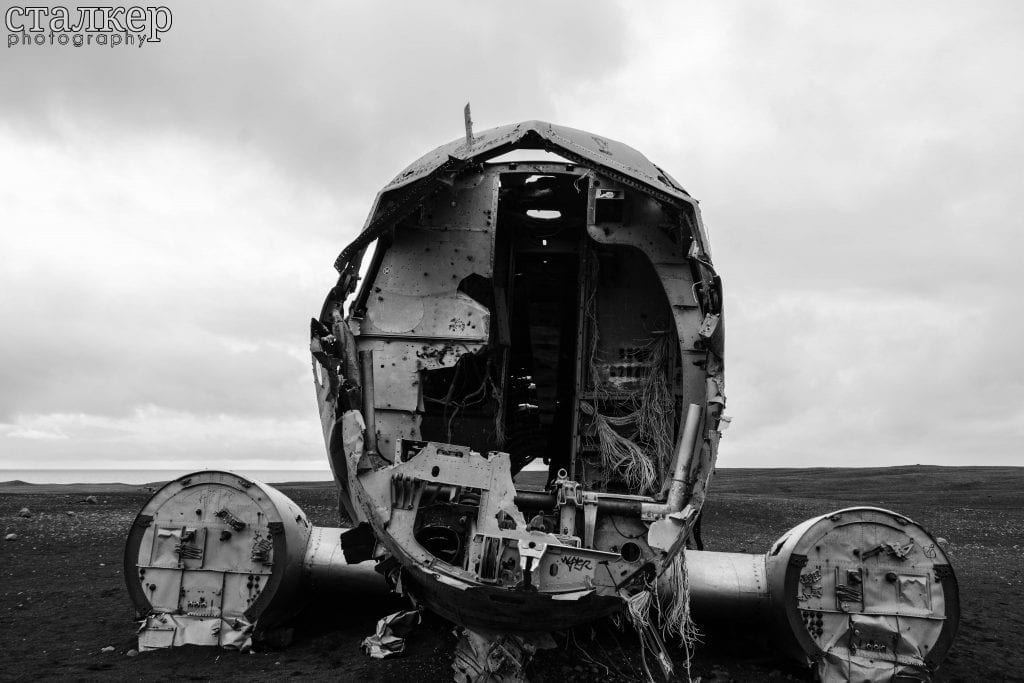 Today the abandoned plane is one of the most visited attractions in all Iceland. When we come there, it is hard to take even a photo without tourist.

The plane itself is left in a good condition: most of the cabin and the wing engines are still found on the site. It was quite little when we saw it near, so we felt a little bit dissapointed that we spent all the day to see it. If we have known, we would not visit it.

Photos are made by Anastasia Krasnova.