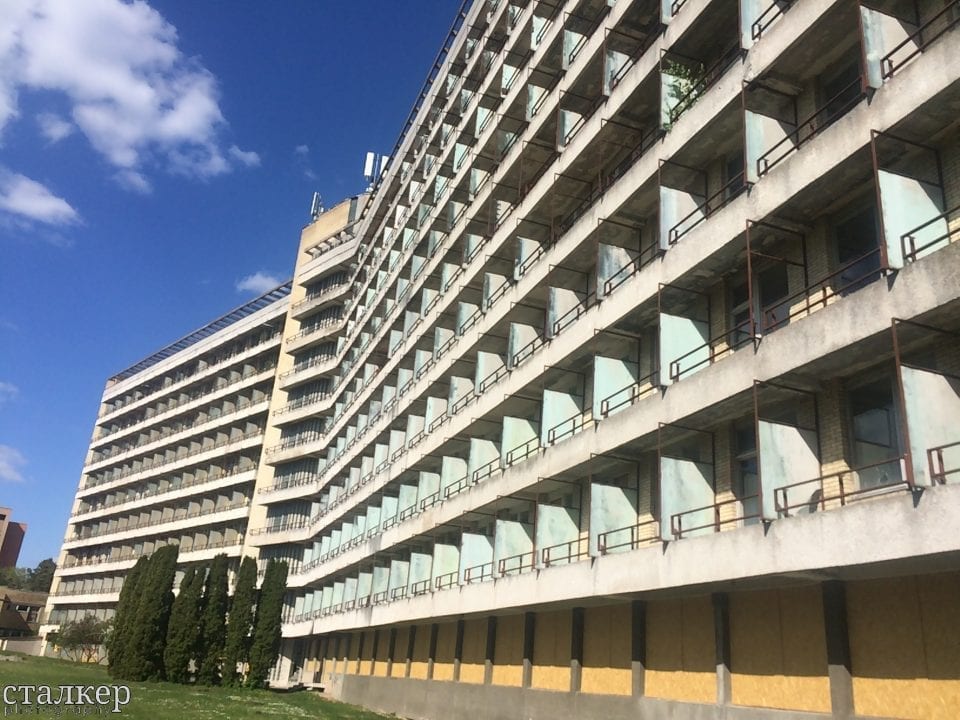 I wanted to come to Druskininkai just to see its famous Grūtas Park with lots of sculptures left from Soviet-era, but then when I saw the price of entry-ticket (7 euro), I deciced that I can see that for free everywhere in Russia. So my new plan was to explore Sanatorium Nemunas, one of the most famous abandoned buildings in all Lithuania.

Sanatorium is located in the center of Druskininkai, Lithuania, so you can esily reach it by foot from the central bus station.

It is hard to get inside. It is what I thought at the begining. All holes I could see were patched, so it wasn’t easy. I saw one right near the main entrance but I was afraid to be stucked or injure myself. So I walked again around and finally I saw another kind of entrance behind the fence. It was easy, so after I climbed, and snucked in – I was inside the huge building. 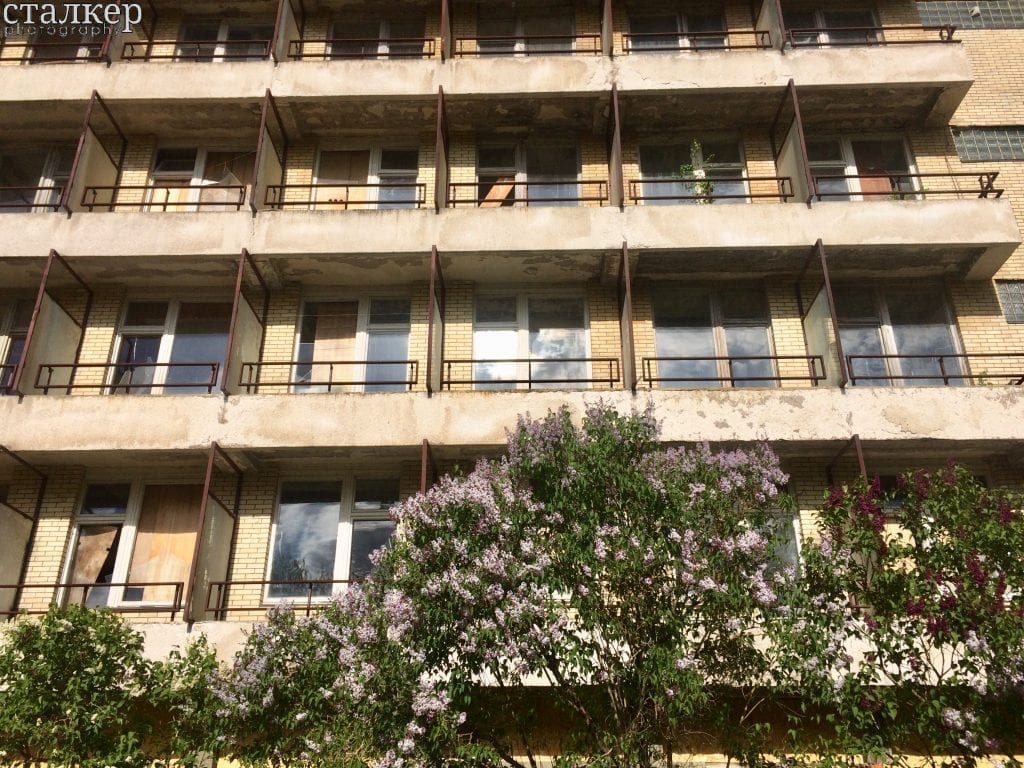 The hotel was built in 1980 in the good traditions of the past Soviet era. At those times of “controlled tourism” each city would have just a single or a few large places of accommodation. After Soviet Union collapsed, business prefered to open many small hotels rather several large. So after that time Nemunas was becoming slowly not visited by tourists. Decisively the Sanatorium was closed exactly 10 years ago.

When I see this 12-floor concrete building my heart begins to beat excitedly: it is so much beautiful for me! I really enjoy the buildings of Soviet era, and this one is so much cult place. 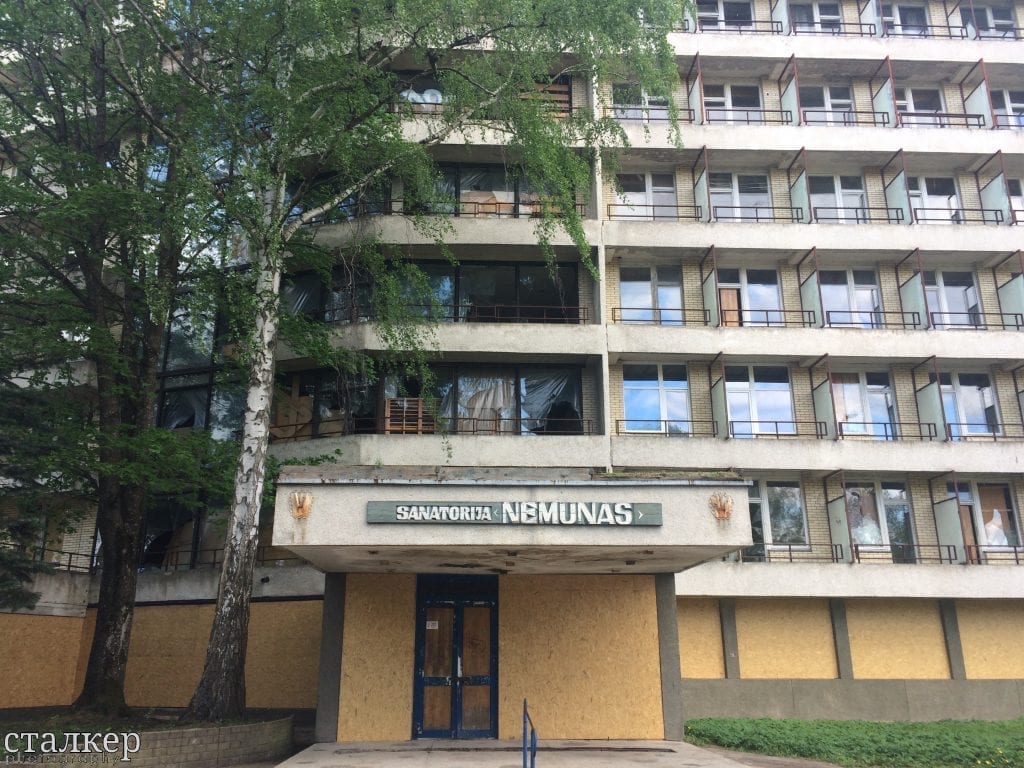 From outside I see that on some balconies there are flowers. I already dream how I will take care of them and bring home. From here I understand that I need no matter what get inside. 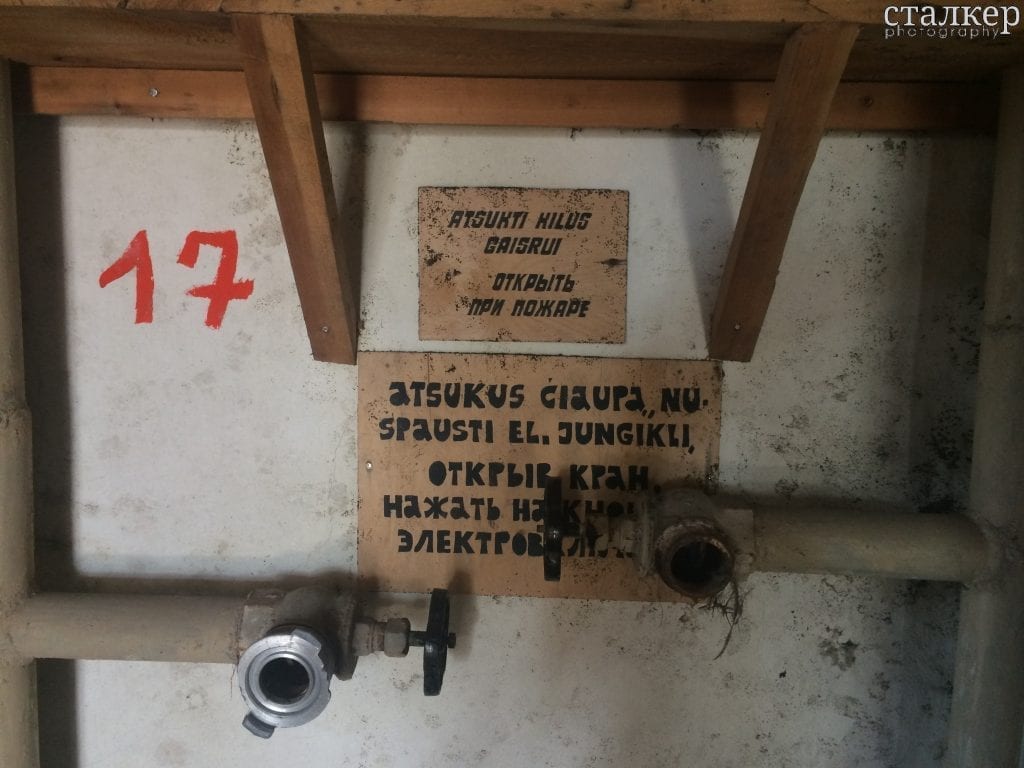 And here I am, always afraid but exsited staying inside, enjoying the moment and my own bravery.

It seems that all the floors are similar, so I just walk around the second floor, looking inside each of room. It doesn’t remind me the normal post-Soviet abandoned building. There are many things inside, like sofas, chairs, tables, some documents, so it is preserved in a quite good condition.

I fastly go through two floors, afraid to go up because of not good condition of the stairs. Later I regret about that desicion, because I find photos in the Internet that last floors were the most interesting. 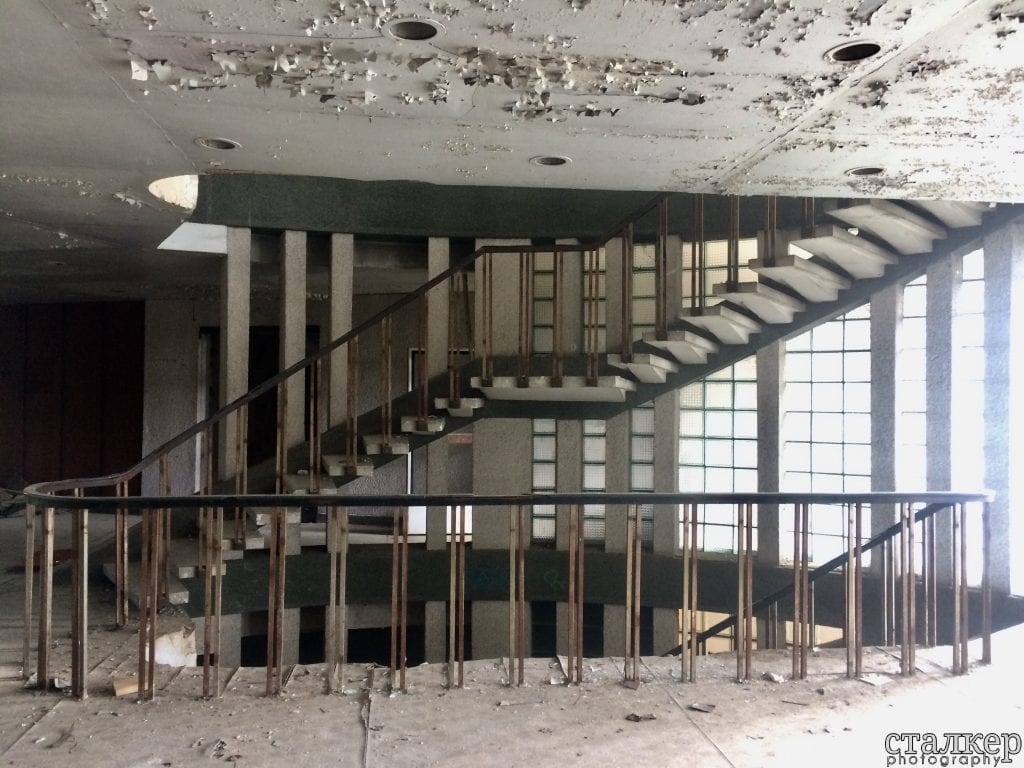 Despite all this I feel happy, that I was here. With this happiness inside I finish my journey in Lithuania and start to return home through Belorussia, back to Moscow.