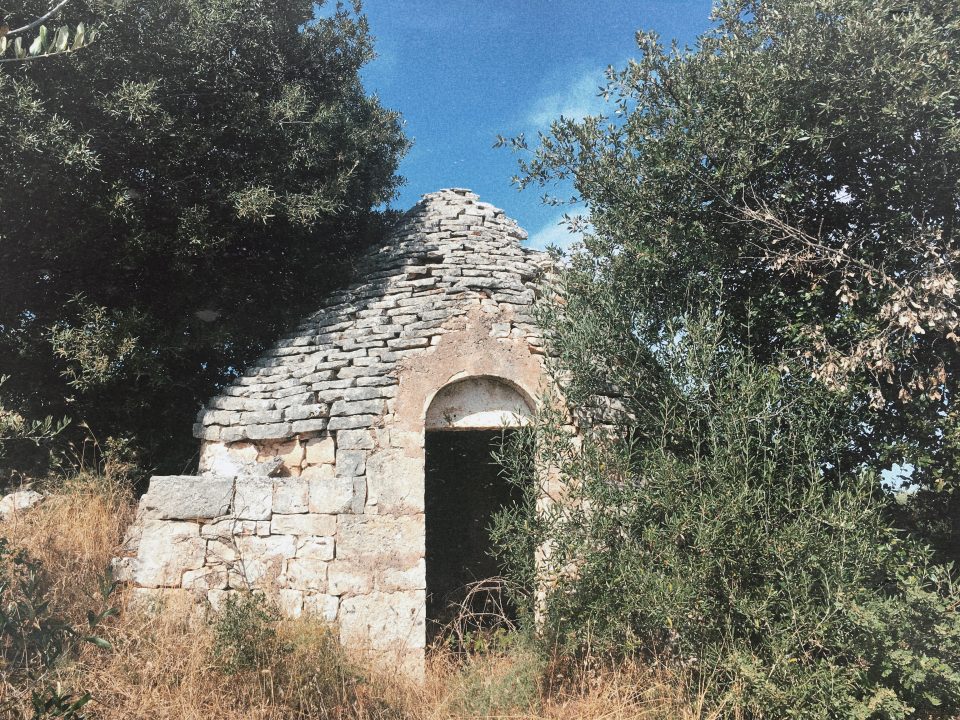 Here we are back in Italy, trying to catch last summer days, eating Focaccia, and drinking vine all days long. This time we will go south and visit the region of Puglia and its famous traditional houses called “trulli”.

These abandoned houses I found in the countryside of Castellana Grotte, famous in all Italy for its amazing caves. Though overall it is better to go to Alberobello, where all the center consists from trulli, as well from abandoned one.

Trullo – is a small house made from stone without any cement or mortar to bind the stones together. The origin of the trullo is unclear, but most scholars agree that the first trulli could have appeared in prehistoric times. Many examples of dry-stone dwellings dating from ancient times are found all over the Mediterranean.

Some of the trulli in the Apulia region date back to the 14th century. The then-unpopulated land was given to Robert d’Anjou, Prince of Taranto and the then-King of Naples, as a reward for his service during the Crusades. After that, the land was inhabited with feudal settlements that later became the modern villages of Aja Piccola and Monti. 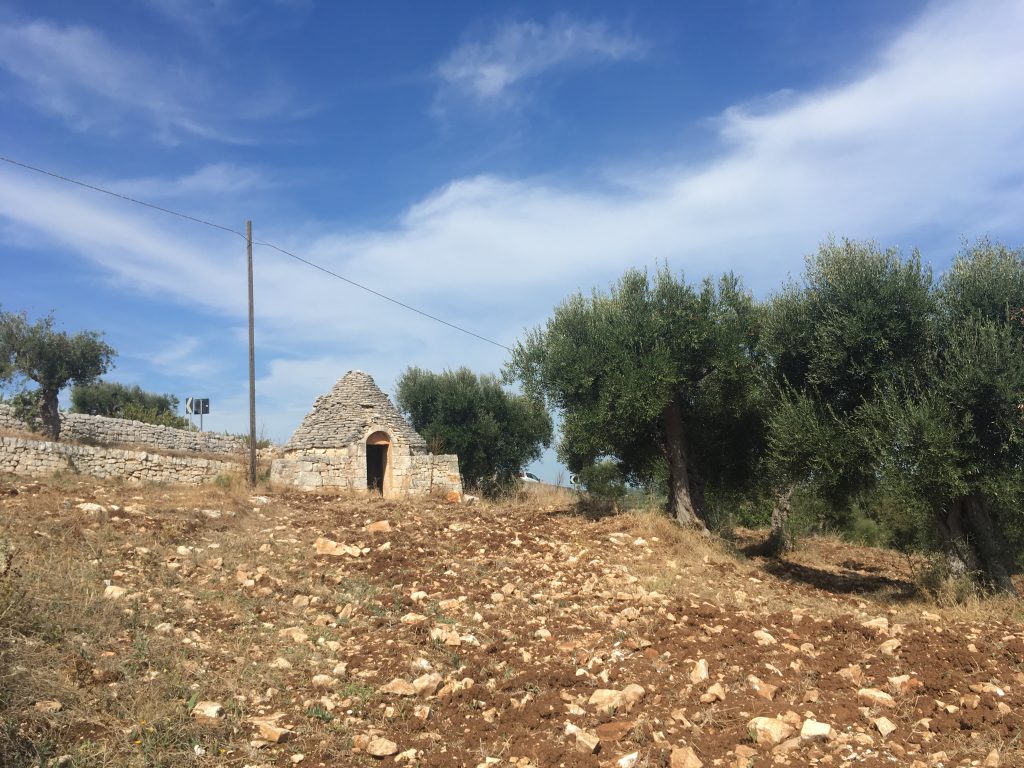 In 17th century Italy, the nobility imposed heavy taxes on every permanent residence. Supposedly the peasant families started to build dry-stone homes so that they could dismantle them in a hurry, thereby avoiding paying the taxes. The owner was able to demolish the house at a moment simply by pulling the topmost stone on the cone roof that prevented the roof from caving in. However, most historians don’t agree with this theory and suggest the building technique is a result of the geographical conditions of the area, which is abundant with limestone that could be collected from the land and used as part of these huts. 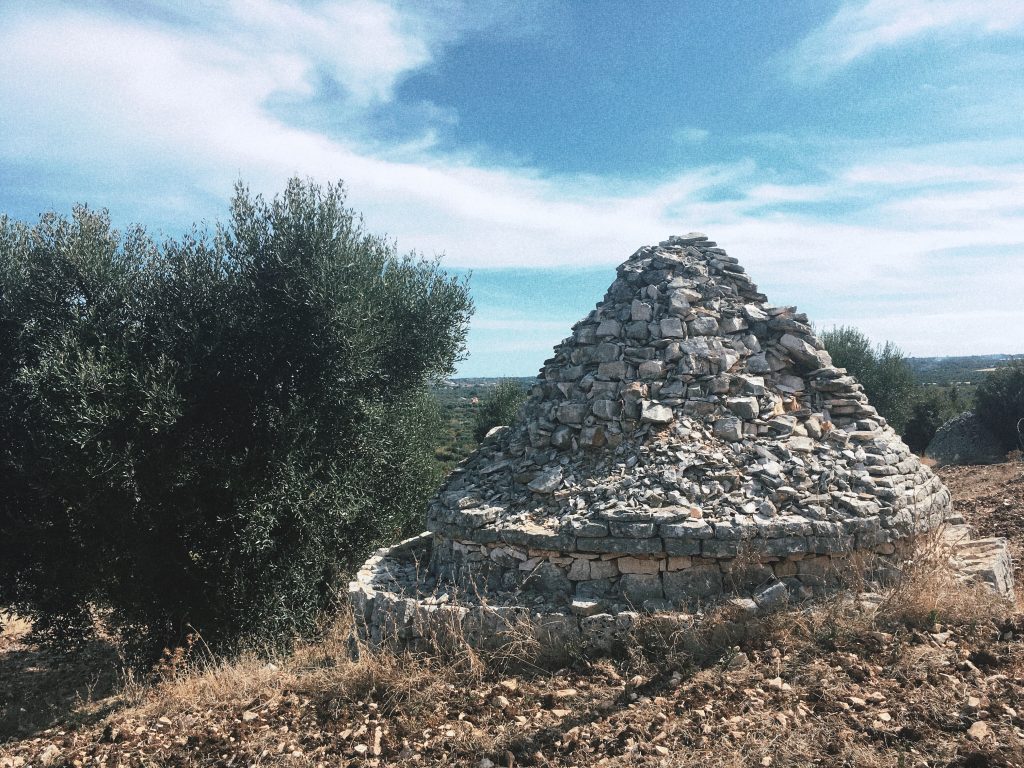 The inhabitants were mostly peasant families. They built roughly circular or square-shaped trulli. In the center of the trullo was the fireplace, used for heating and cooking. It had thick walls, which kept the trullo cool during the summer and warm in the winter. Families would often share two or three cones, and as the family grew, a new trullo was constructed next to the existing ones.

Modern Italian families prefer to live in normal houses, that’s why some trulli stay abandoned. Though some farmers still use them to live inside to escape cities. I found these abandoned trulli exactly on one garden with olive trees.

Inside – just stones mixed with moss. You can immideately identify abandoned trullo from not abandoned by how the stones lay. If they are in haotic way – most probably that it is forgotten.

As well I have seen an abandoned school, where pupils before used to go. Today they visit normal schools in the cities.