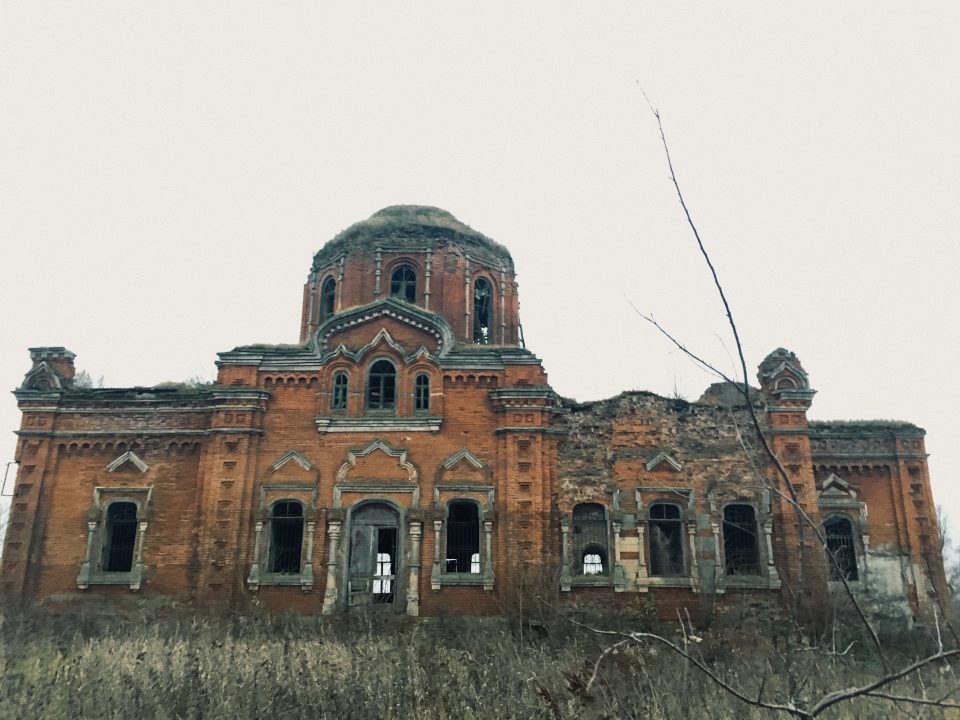 The same as previous church, this one is a real miracle in the middle of nowhere. Let’s join us to see!

The church is located in the Denisovo village, Tula Region. There is not even a fence and no security, and there is even a staircase, set up to the main entrance to make it easier to climb. Wow! 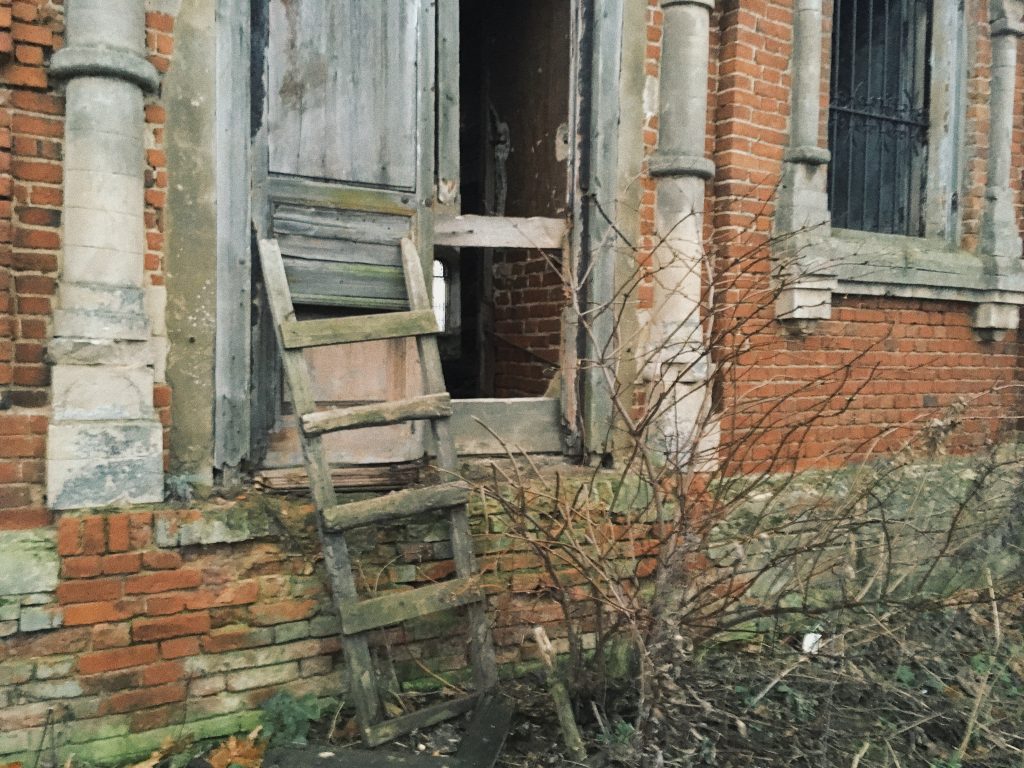 It is not known for certain when this church was built, but, according to guesses, around the 17th century. The modern church was consecrated in 1912 and was finally built just in 1916. Construction was taking a very long time, that’s why the locals even convinced the American farmer Trusevich to open a brick production in the village. 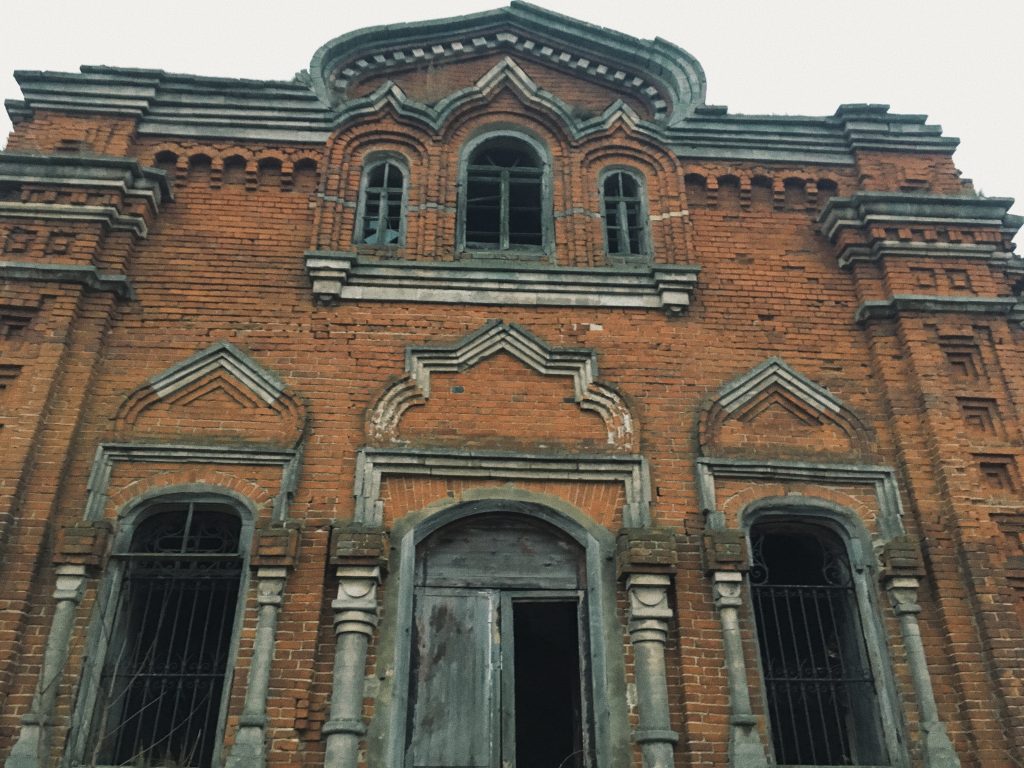 Liturgy in the church lasted until 1933, and then the Soviet era came and everything stopped.

This church attracted me with its preserved wall paintings and frescoes.

Biblical subjects were visible on the walls, and in some places even texts from the Bible. 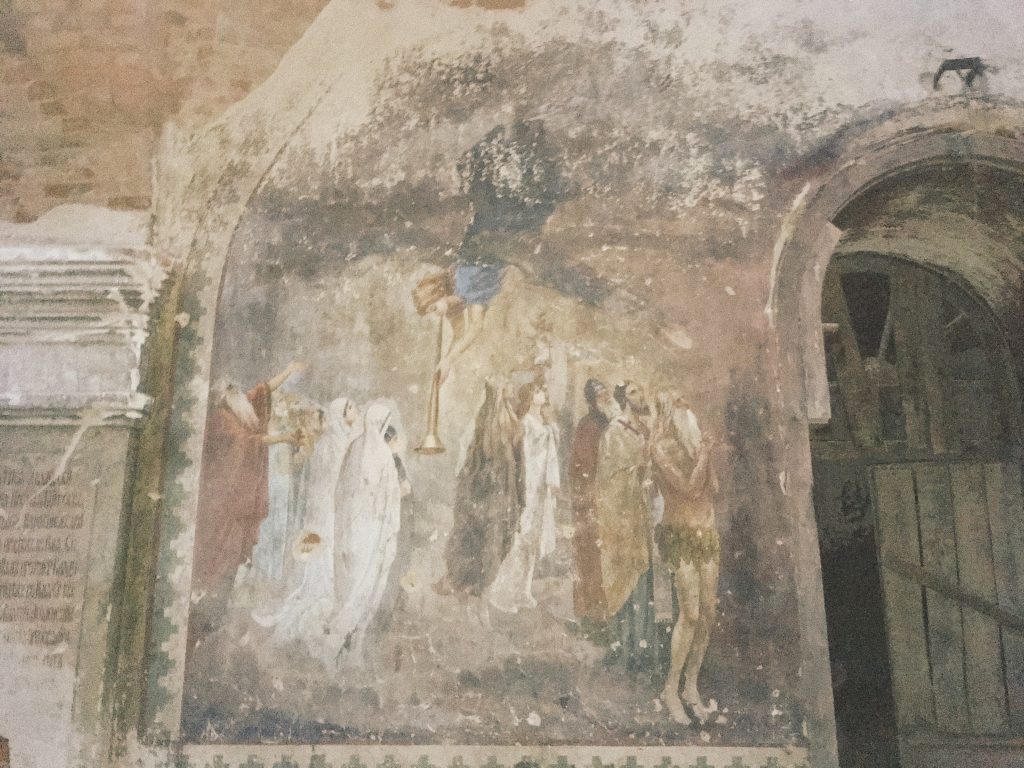 I also liked the octagonal vault and the holes in the ceiling. 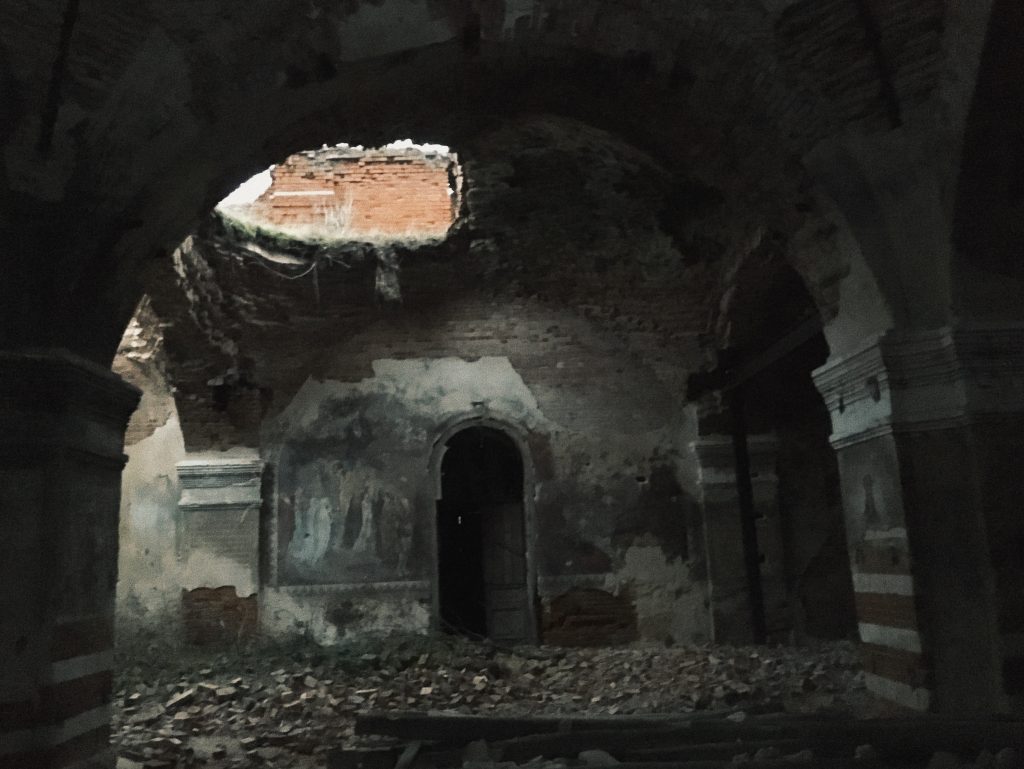 I also climbed up the roof along a very narrow aisle, but since it was already dark, I did not dare to go somewhere, and just admired the view of the nearby village.

I remembered this church more than the first one due to an unusual atmosphere, which is difficult to convey in words. It is huge, which makes the space to be felt a little bitdifferent… Inside, there were also doves who shared these reverent feelings with me. 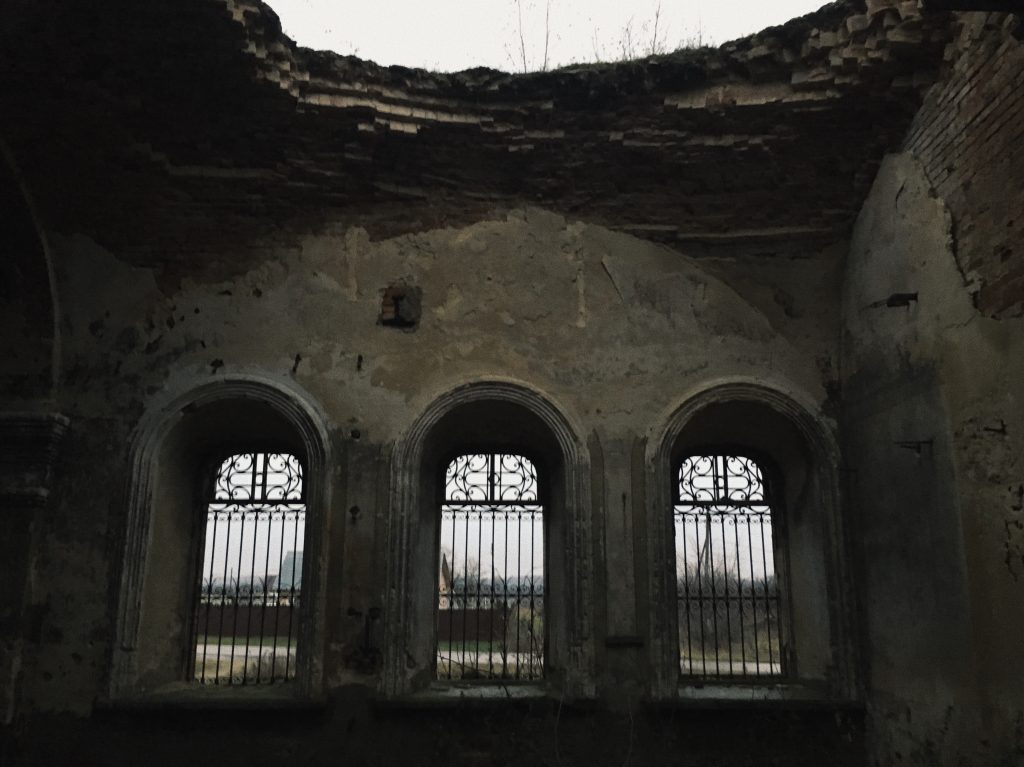