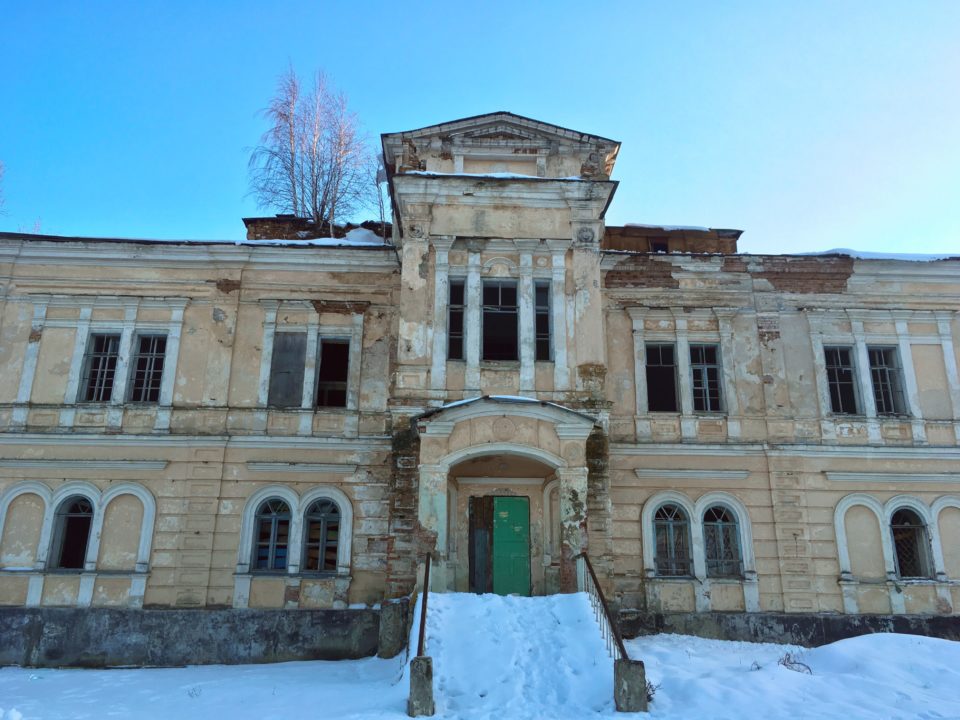 Somewhere far-far in Uljanovsk there is a manor house full of secrets. Who lived here before, why they left, and who is now the invisible master of it?..

Villa Persi French is located in 100km far from Uljanovsk, Russia, in the village Terenga. It is easily accessible, there are no guardians or fence. It is easily to reach this place by car, or by hitchhiking – it is located not far from the highway to Syzran. 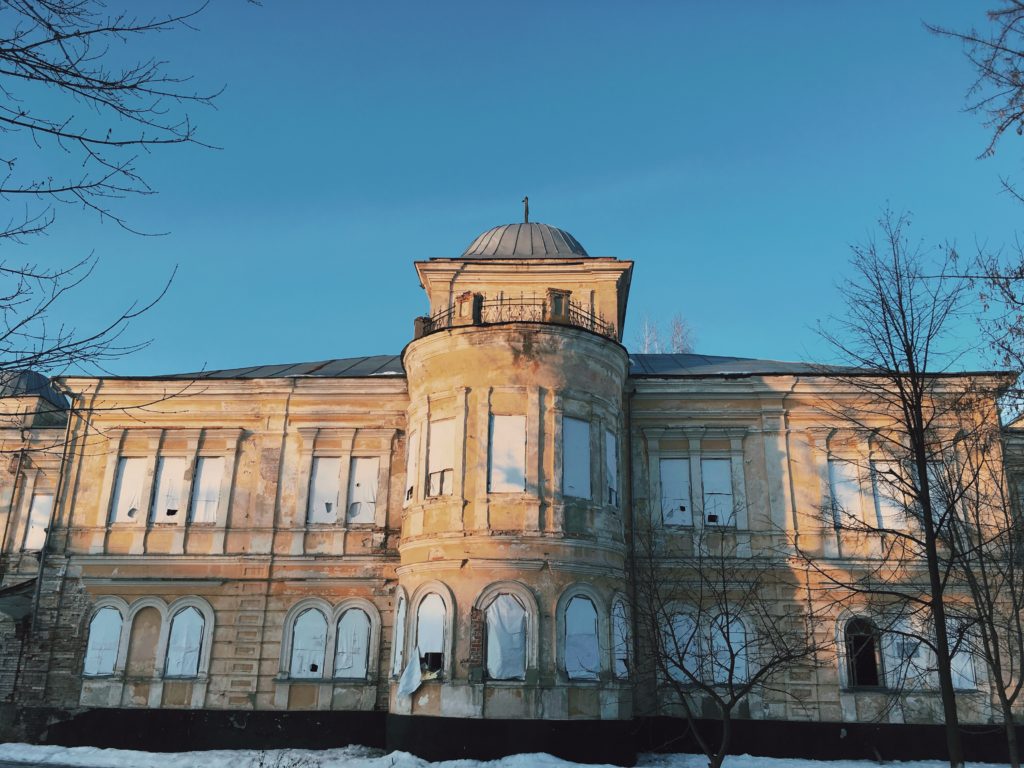 From the middle of the XVIII century village Terenga belonged to The Golitsyn – one of the largest princely of the noble houses of Russia, originated in the Grand Duchy of Lithuania. In 1768-1769, they built a cloth factory in Terenga. The factory was considered the largest enterprise in the Simbirsk (the name of Uljanovsk before the Red Revolution) province and one of the largest in Russia.

The information about the history of the Villa is contradictory. Some say that the Golitsins themselves built the manor house, others – that one of the richest landowners, a retired general, secret adviser Alexander Nikiforovich Skrebitsky did it. 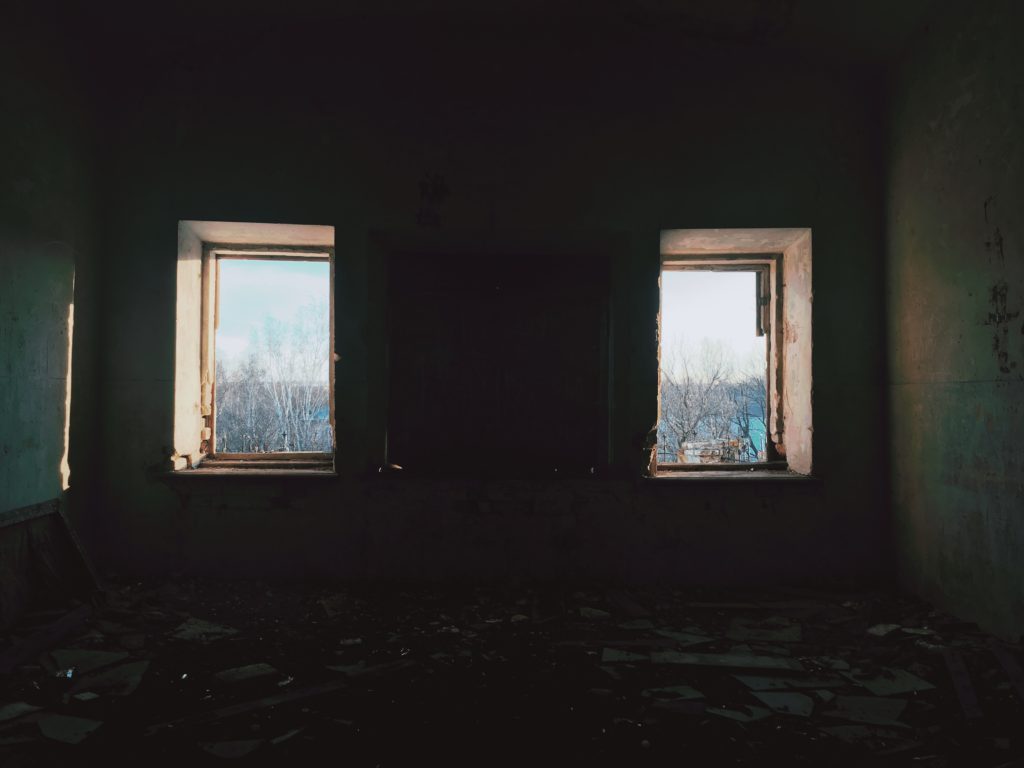 The “Simbirsk Diocesan Vedomosti” for 1911 reports that “a huge palace with basements, towers, balconies and a gazebo, built on three floors, was built by the Skrebitsky household method -“ the peasants made it, the craftsmen were the same. ” The building stood in the middle of the park. Two belvedere balconies overlooked the factory courtyard of the cloth factory, household services, rooms for servants, warm stables, the Terengulka river and “the most remote fields”.

However, during the revolution, the estate was nationalized. During the Civil War, the headquarters of Lieutenant General Kappel was located in the manor house. During the fighting, an artillery shell hit the central dome of the house. However, the dome was later restored to its original form. After 1928, the building housed the Terengulsky District Executive Committee, then a school for peasant youth, from the 30s – an elementary school, a boarding school for nonresident students, then a secondary school.

In 2003, the school moved to another place. According to the official version, due to lack of funds for the fuel for the boiler room. The manor house was cloased, and recognized as an architectural monument of the 18th century and included in the list of cultural heritage objects. Though there was no money allocated for its restoration. 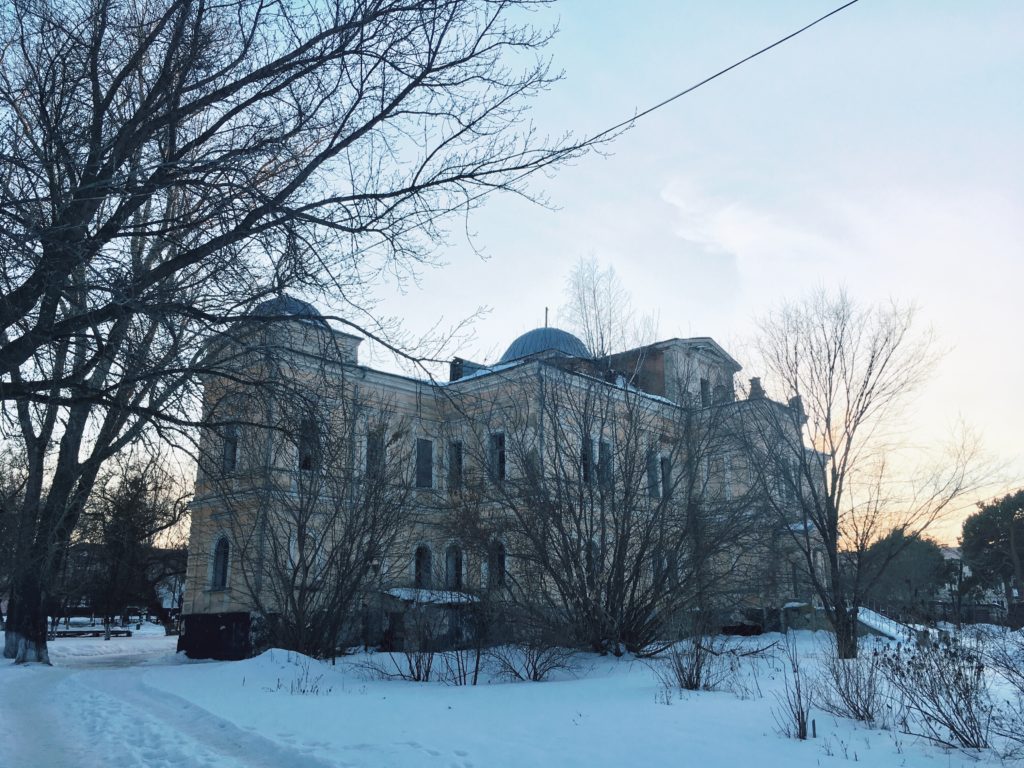 We arrive here with a group of my new friends almost immideately I step from my train in Uljanovsk. There was nothing of interesting in this city except that fact that Grand Lenin was born here. So I try to take an advantage of Russian holidays and explore neiborhoods. There were many people who were happy to help me and take around interesting abandoned churched though at last moment they happened to have some other things to do. 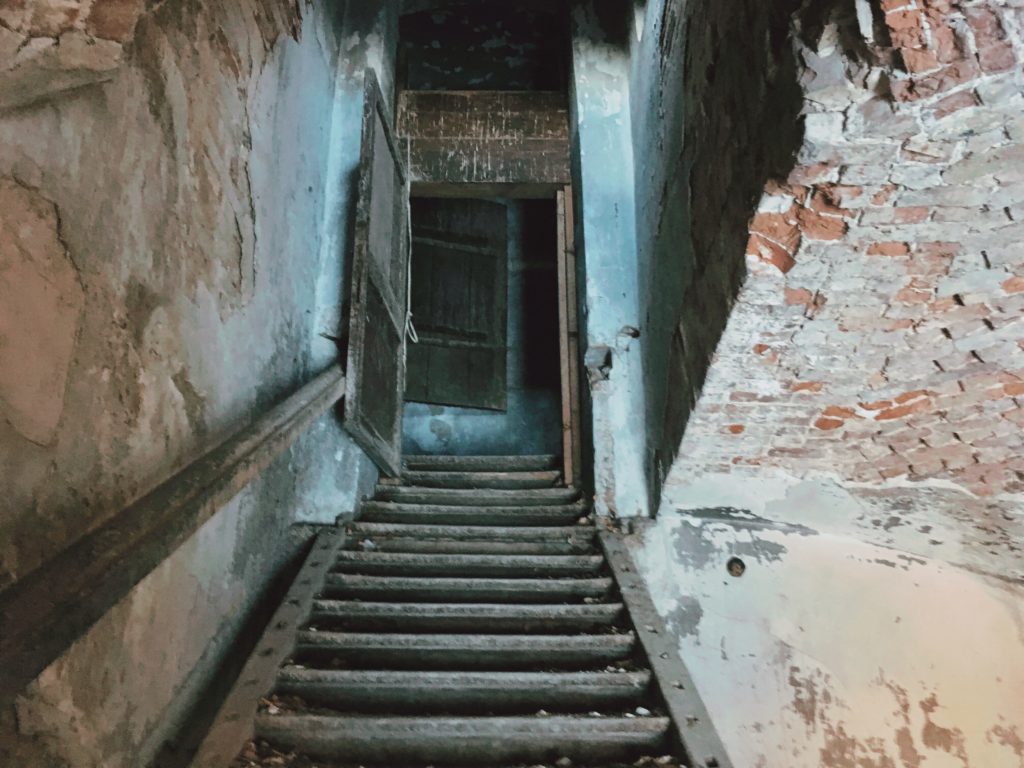 This villa caught my attention as it is located nor far from the city and it is quite beautiful from outside, built in late classicism style. 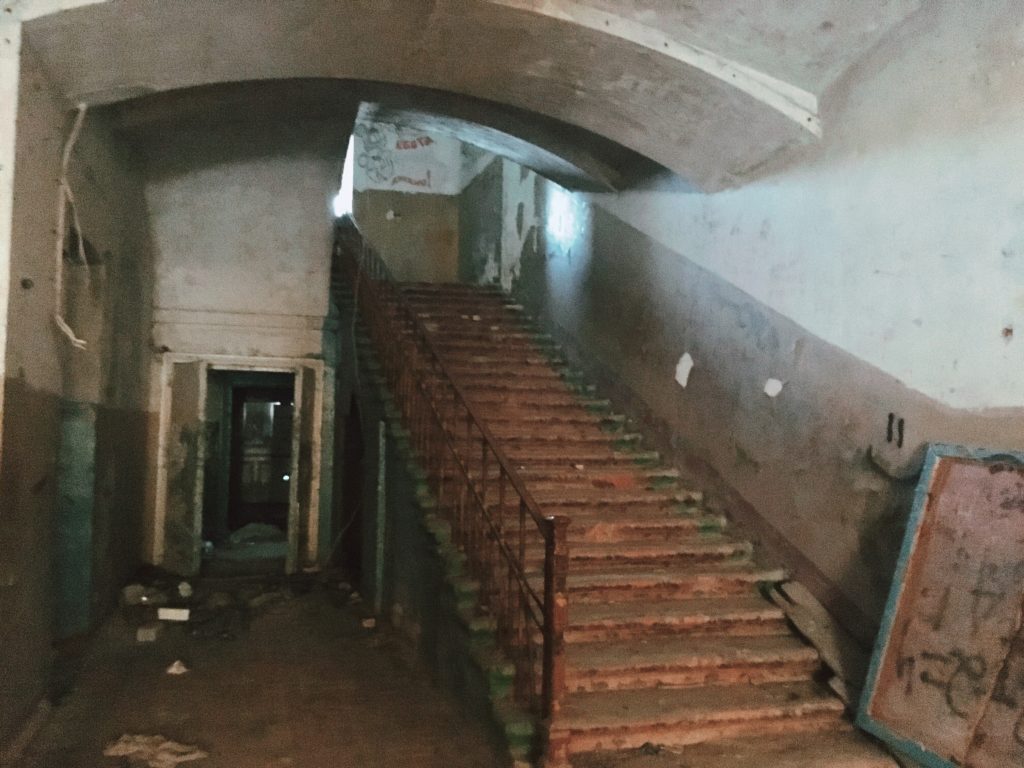 When we arrived I was shocked for a little bit. I didn’t expect that such villa with so great history will just stay in disrepair, in the center of the small village. Though it was. 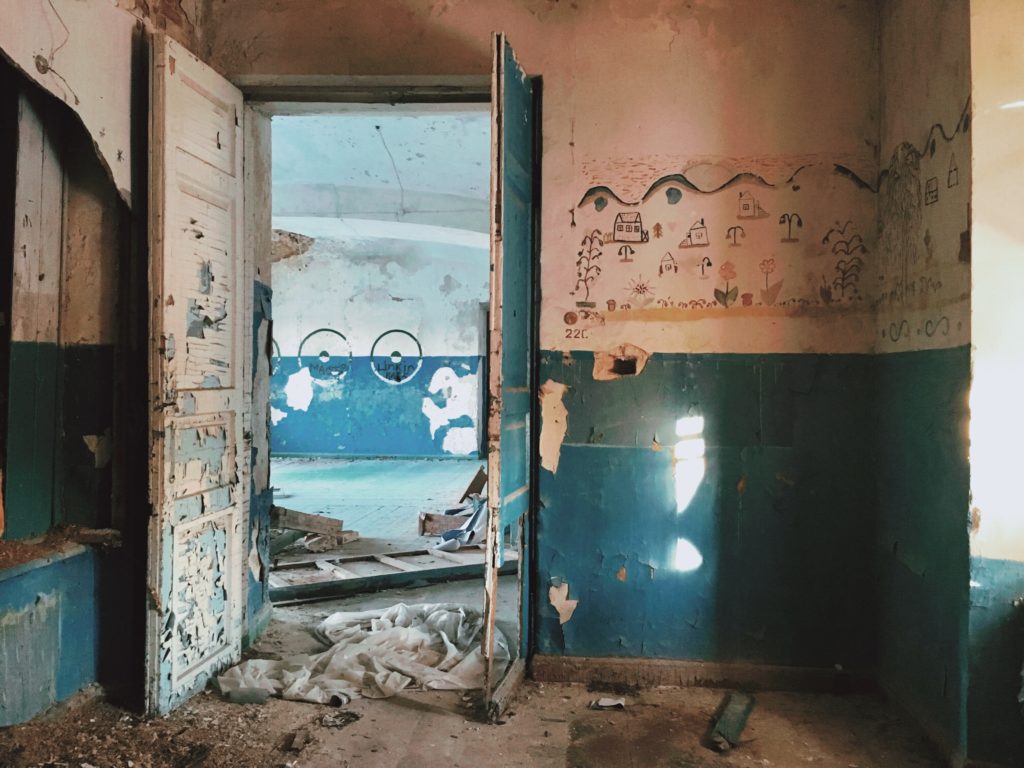 There was no problem in climbing inside the broken window to see villa from inside. There was nothing spectacular there, though it was quite interesting to see many quotes and pictures from Russian cartoons on the walls. 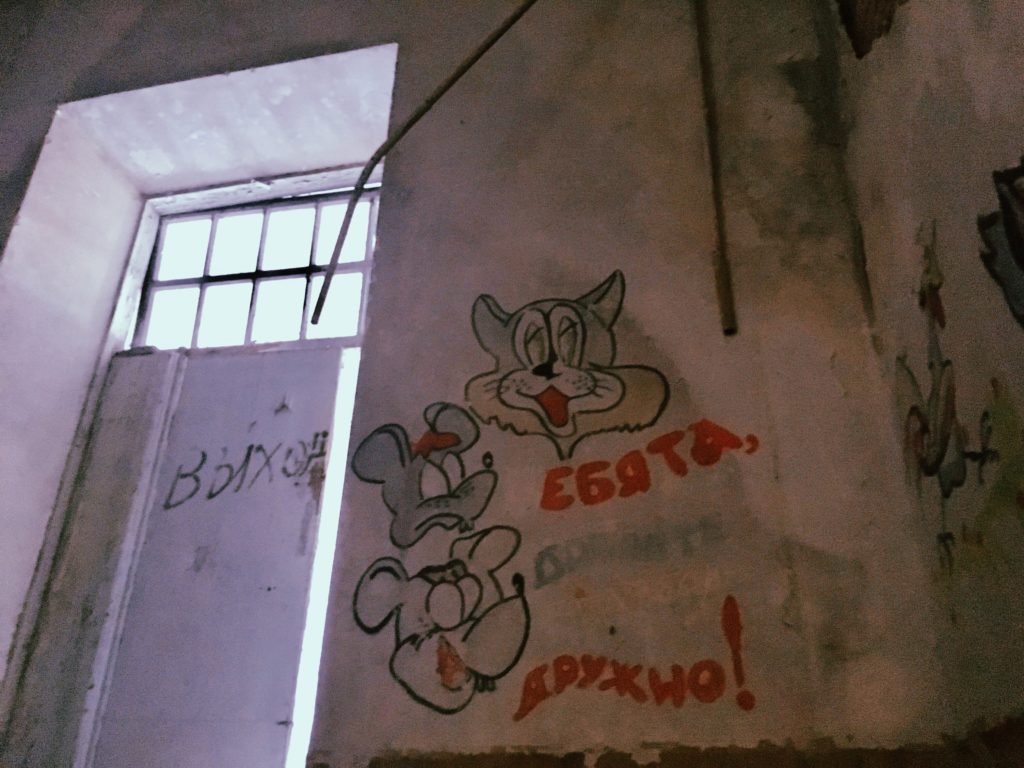 The most amazing moment was when I stepped on the balcony on the 3d floor and saw this village from the up. Peace and tranquility swept me…

One last look on the villa, and here we are already going back to Uljanovsk.