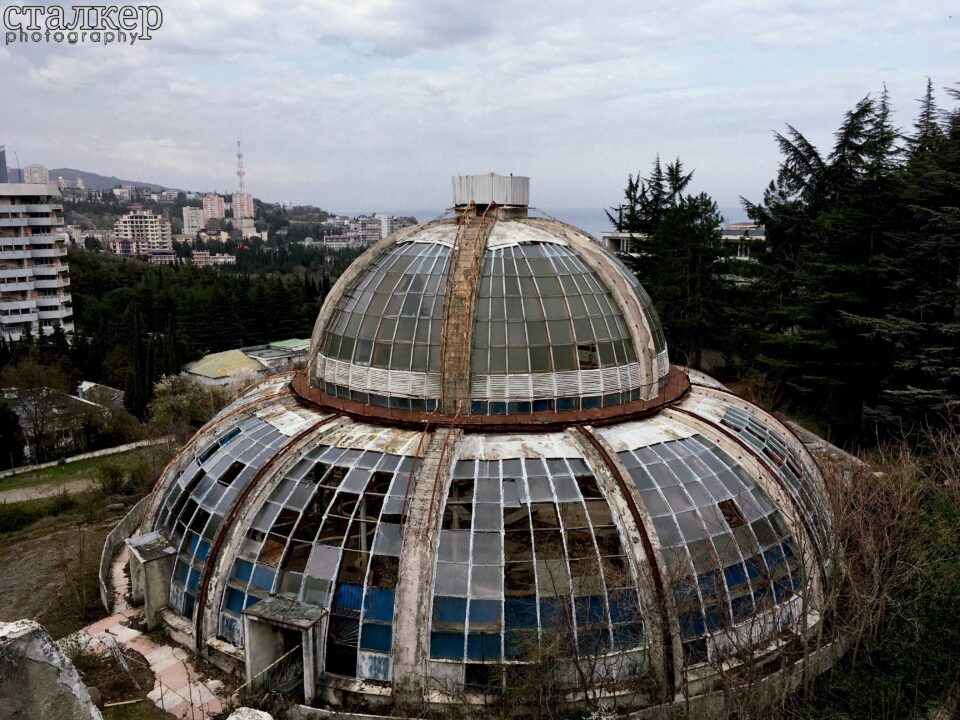 Before there was official quarantine in Crimea, we flew there and immediately took a car to see an old dream – greenhouse “Winter Garden”.

Greenhouse is located in the city Partenit, on the territory of military sanatorium “Crimea”. In normal times you can get inside trhough the normal entrance by paying to the guardian (100 RUB for locals, and 150 – for not).

Though when we were there, it was “coronavirus” time, so they didn’t allow us to come in. I hate such answers, so i came in by climbing through the gate. It was scary as it is a military territory, though PFFFF. 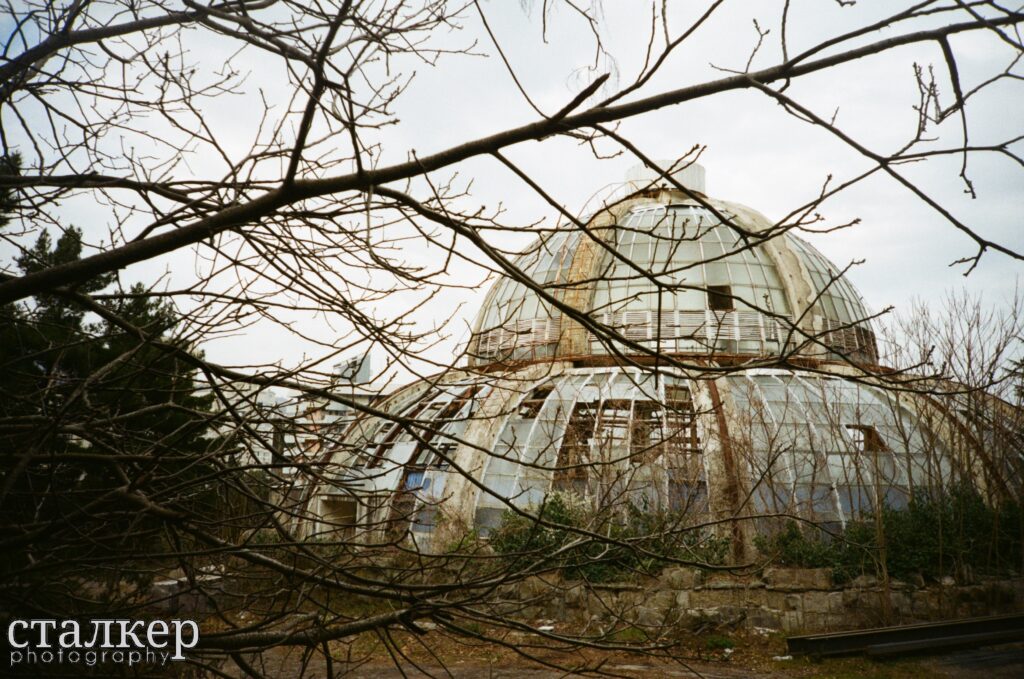 Orangery was built in 1977. Since in a sanatorium people could get bored, in addition to swimming pools, cinemas, galleries they decided to include a greenhouse!

Though this place even today can be interesting, there are still some plants inside. And it is itself quite beautiful with a huge glass cupola.

No one knows when and WHY this place became finally abandoned. Now vandals made their work and the place is in disrepair. Neverthless, it didn’t loose it’s atmosphere and still is a good place to visit. 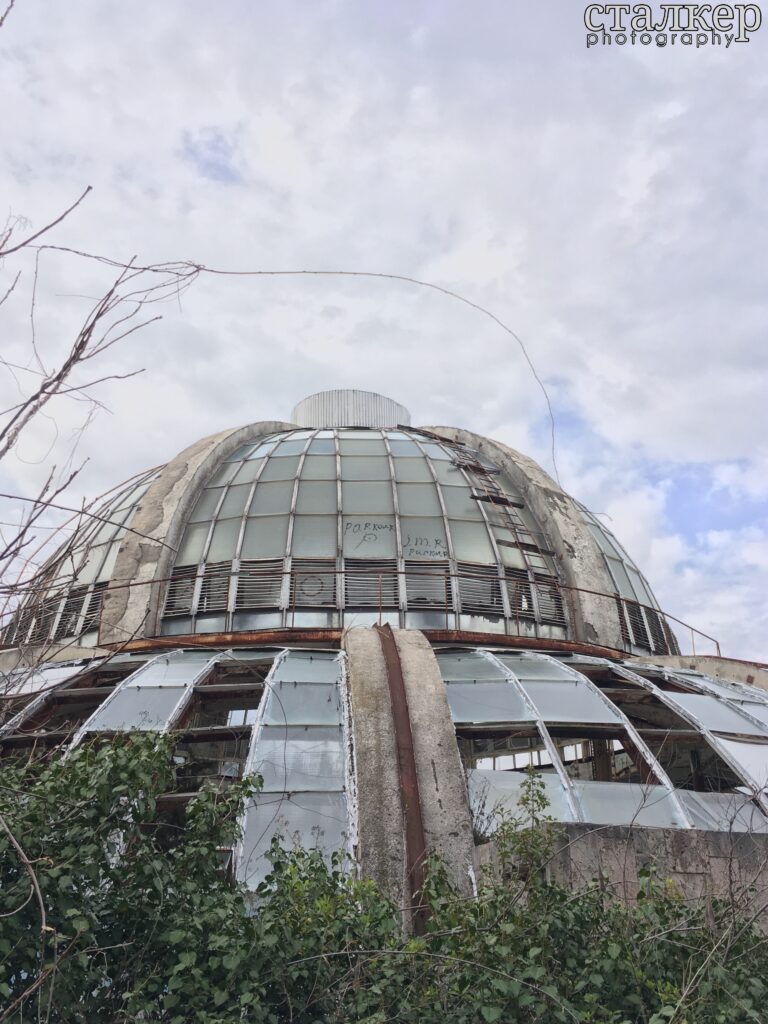