One of the only villages by the North Arctic Ocean, whee tourists can come – Teriberka. One of the only places in Russia where people come not just to see sights, but as well to see abandoned places. Of course Stalker couldn’t miss that opportunity – take a look on Ship Cemetery with us!

Teriberka is located in 3 hours from Murmansk, in Russia. Busses go there just 3 times per week, so the only way to come there – is blablacar or renting a car. Sometimes there are so much snow that you can’t even come there at all. Roads are closed.

Abandoned ships are located all around the village. Usually you can find it just by asking tourists around. They know for sure:) 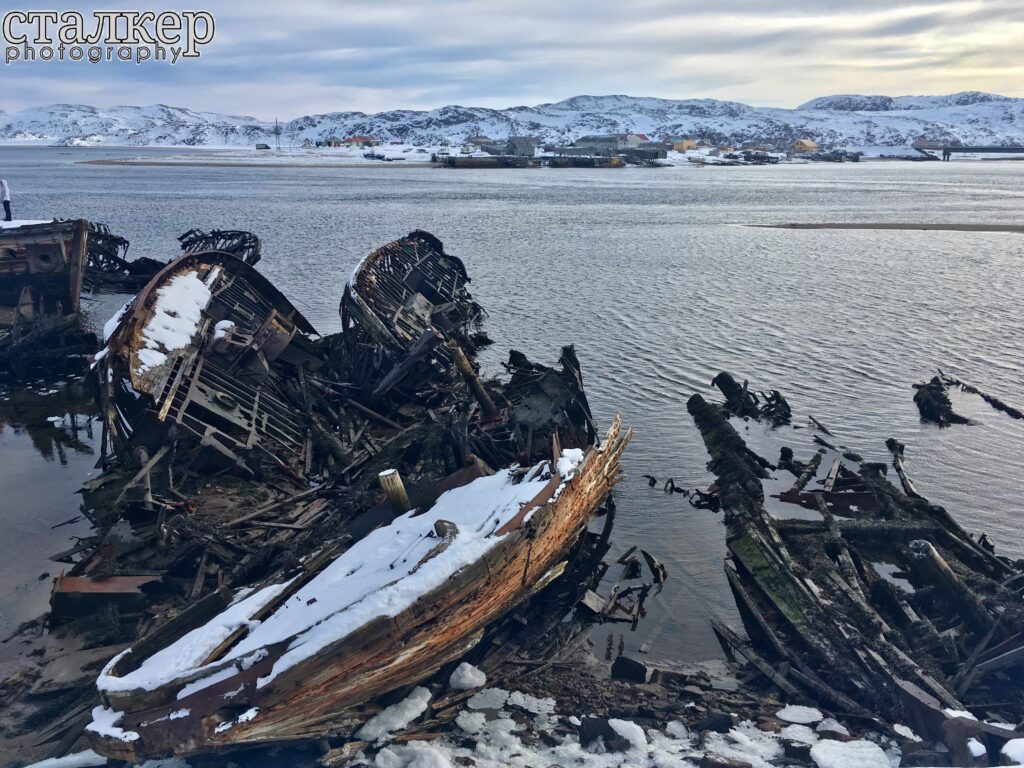 Fishermen came here as early as the 16th century, and fish was the main food in this area. The place slowly began to develop together with tourism. A church was built, then a lighthouse and later the first weather station was installed in the Murmansk region. 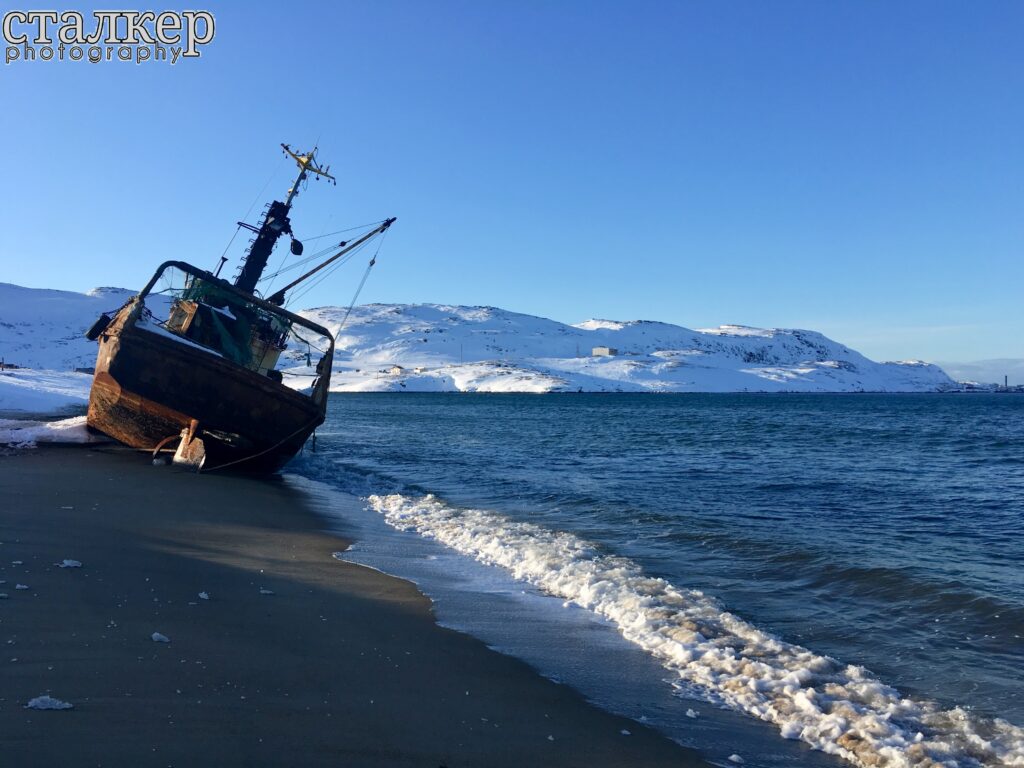 After the war there were two fishing farms and some small factories. During the 60s they were all closed because oceanic fishing took over the coastal fishing (rising in the nearby town – Severomorsk). Just in those years the ship cemetery began to appear. Before there were many small fishing boats, but with the transfer of the regional center to Severomorsk, coastal fishing gradually disappeared, and the old ships found their last refuge on this coast. 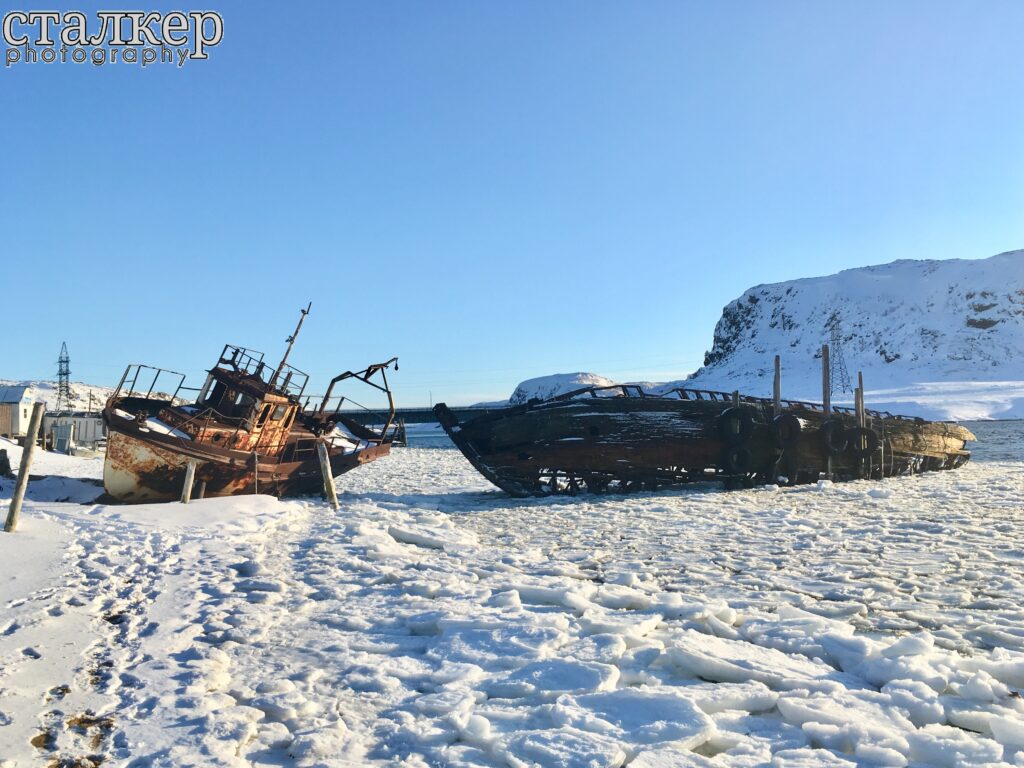 Right now only about a thousand people live in Teriberka. The village was slightly dying until in 2014, Andrei Zvyagintsev, shot his film “Leviathan”, receiving the Best Screenplay Award at the Cannes Film Festival. From that moment the village suddenly became a tourist destination for visitors from other parts of Russia. 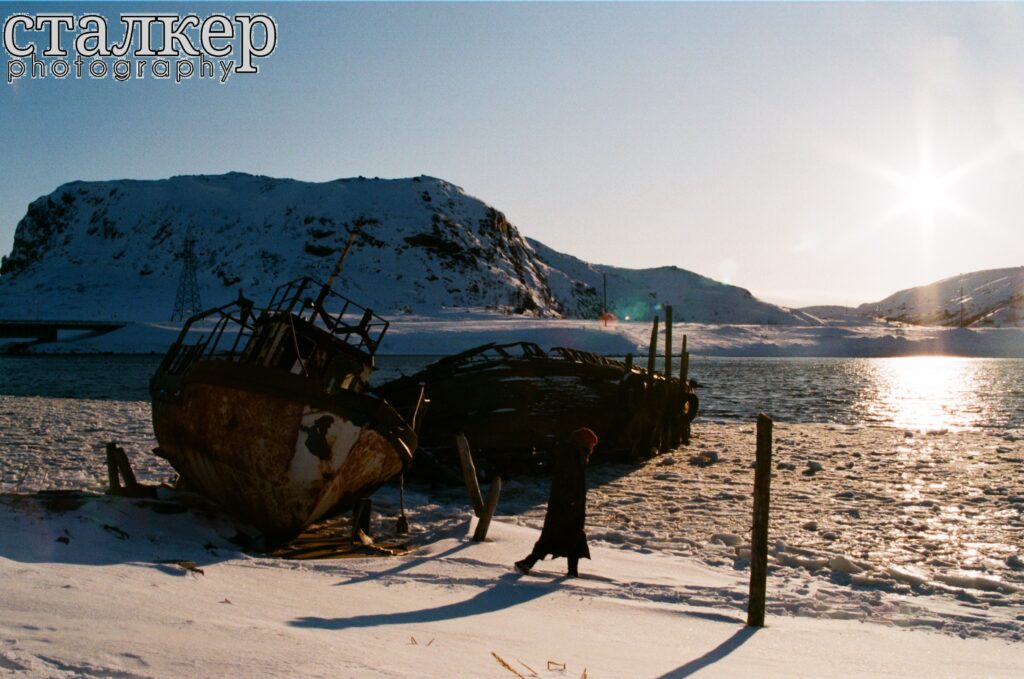 It was so strange to see many tourists, sneeking between abandoned subjects that kinda belong to stalkers. People wanted to see this poverty, and after that return to their “normal, stable” life in Moscow. It was so pity to look on them, who didn’t know that poverty is as well near them – just 50km outside Moscow, and they were coming so far to see it…

Though well, I anyway liked the place, Teriberka is quite atmospherique, and unique. Next time I would like to go a little bit futher – to Dalnie Zelentsy, where you need to go just with SUV in the summer. There for sure will be no people, no tourists!