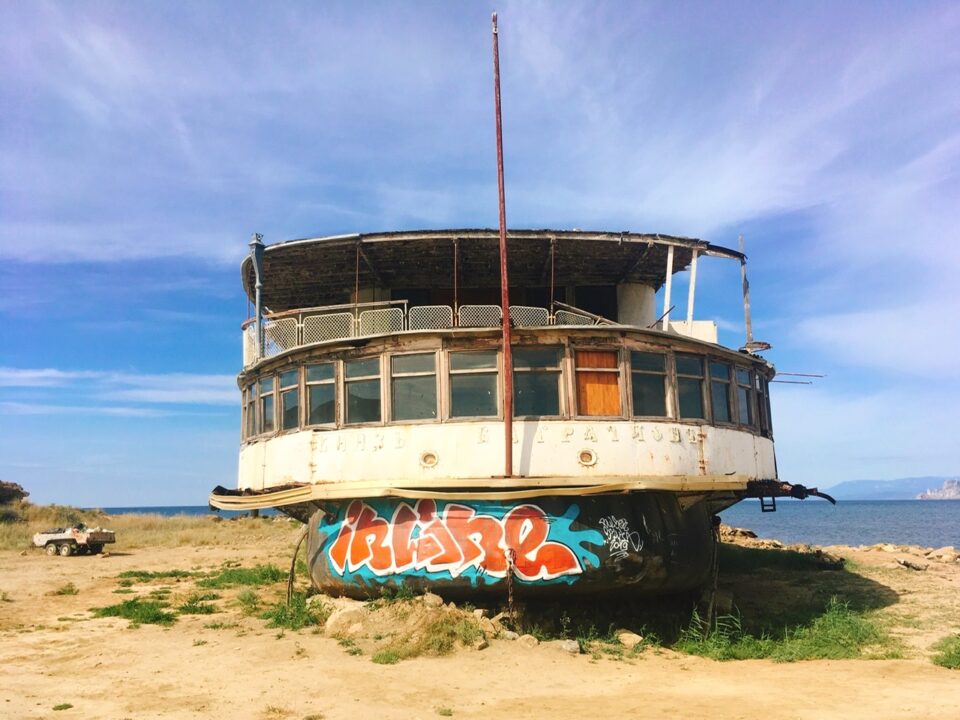 There are many abandoned ships on the shore of Crimea, those this one is quite special and in this article we will tell you why.

The ship “Prince Bagration” is located near the cape Meganom, in the city Sudak, Crimea. There are some guardians, who don’t allow to come in, though they can do nothing if you just wonder around.

“Prince Bagration” was built in 1912 by the Kolomna Shipbuilding Plant. From those 11 that were built on the same plant, just this one survived. The ship was launched and consecrated in 1913 in the presence of the Tsar of the Russian Empire, Nicholas II. 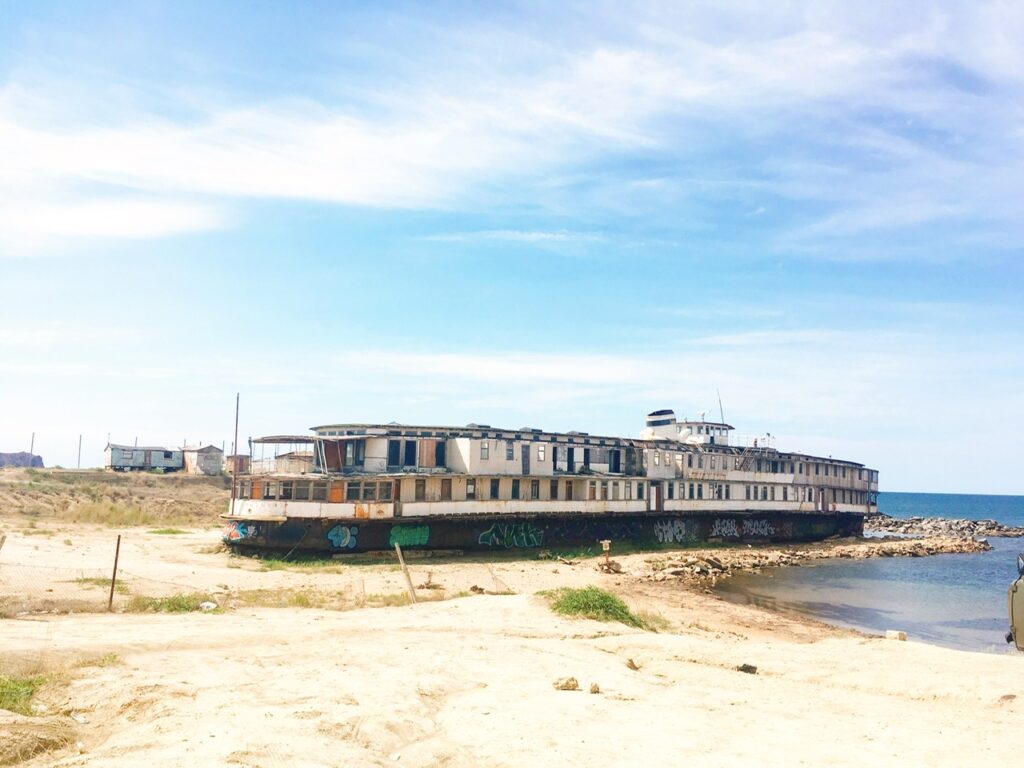 In 1919 it was renamed “Comrade Markin’s Memory”, though every one calls it by the first name. Until the beginning of the 90s of the last century, it was an operating vessel that swimmed in the Volga River. In 1992 it was sold to private ownership. The new owner made a restaurant on the ship, which was successfully operating for only 2 years.

Already in 1994, the ship was towed to Cape Meganom, where it was left. Initially, it was planned to organize a tourist base here, but something went wrong. When the Bagration was delivered to its current location, it was still in excellent condition. Today it is in a really bad shape.

Bagration is one of the largest diesel-propeller-driven ships of those times. Its carrying capacity was 300 tons. 340 passengers could be comfortably accommodated on board. The length of the ship is about 90 meters, and the width is 12. At the same time, this “colossus” was able to reach speeds of up to 21 km / h. 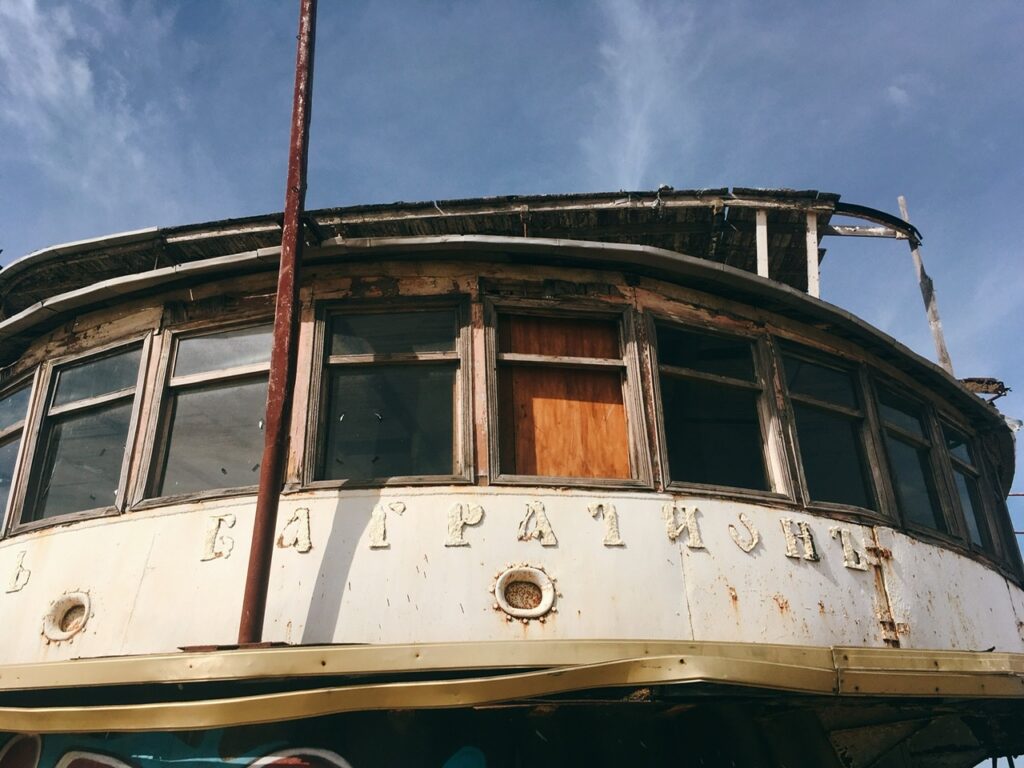 It is noteworthy that all the premises and equipment here are quite impressive in size. The ship is made of German metal, which gives it a special grandeur and uniqueness. The engine room originally housed two steam engines, which were later replaced by two powerful diesel engines.

Each member of the crew on the ship had to do their job perfectly in due time. And the sailors who were negligent in the matter were put in one of the three punishment cells.

When I came to this place, I saw an old abandoned ship, and I thought that there shouldn’t be any guardians for this “nothing”. Though I was wrong. 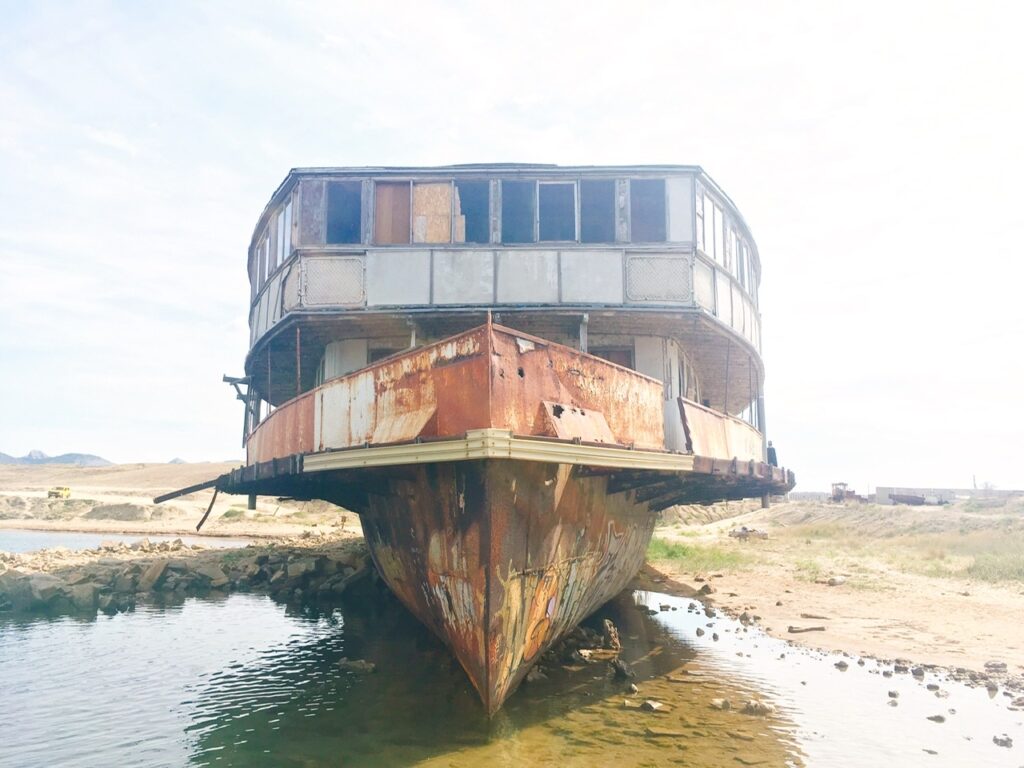 When I try to come in, appears one woman, who shouts that she will call police. I try to tell her that it’s just an abandoned ship, though she doesn’t believe me, and says, that I should go to Internet and search what it is. Okay google.

The current owners of the ship still believe that thanks to an investment of a couple of million dollars, they will be able to turn the Bagration into a museum-hotel and even make money on it by attracting tourists. Though I have some bad news for them…