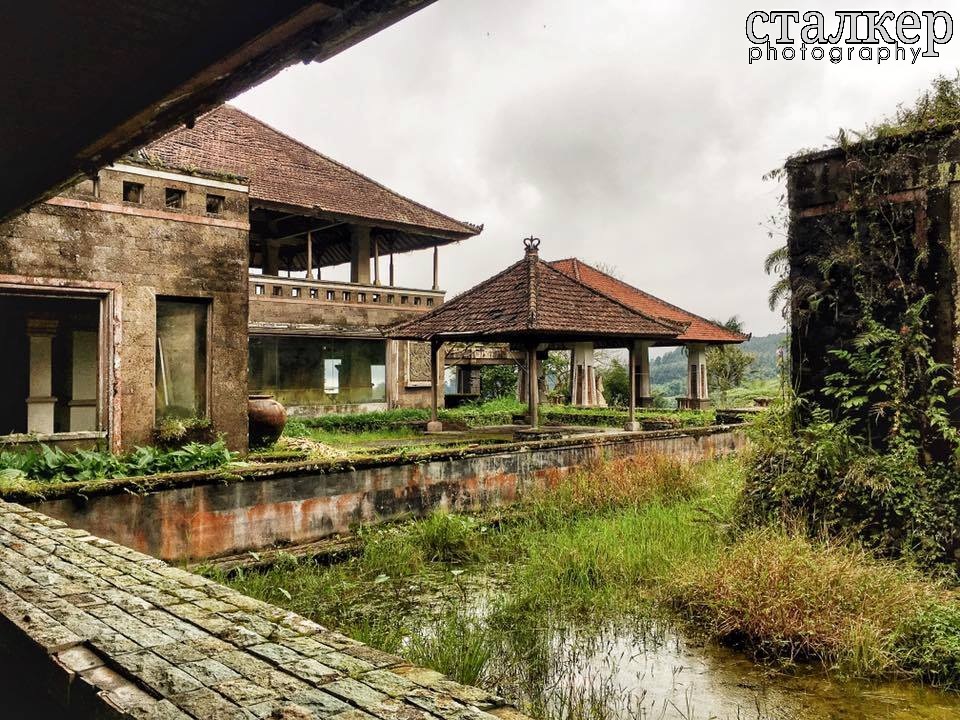 The building is located in Bali (Indonesia) about 50 km from Kuta, in the center of the island. The hotel is at the foot of Mount Batukaru, on the road from Bedugul to Baturiti – Tabanan.
The PI Bedugul Taman Rekreasi Hotel & Resort is guarded at the entrance gate and those who are willing to pay for the exploration can easily bribe the guard with a few dollars. Those who are more adventurous then have to reach the highest point of the site at the back and climb over the fence. 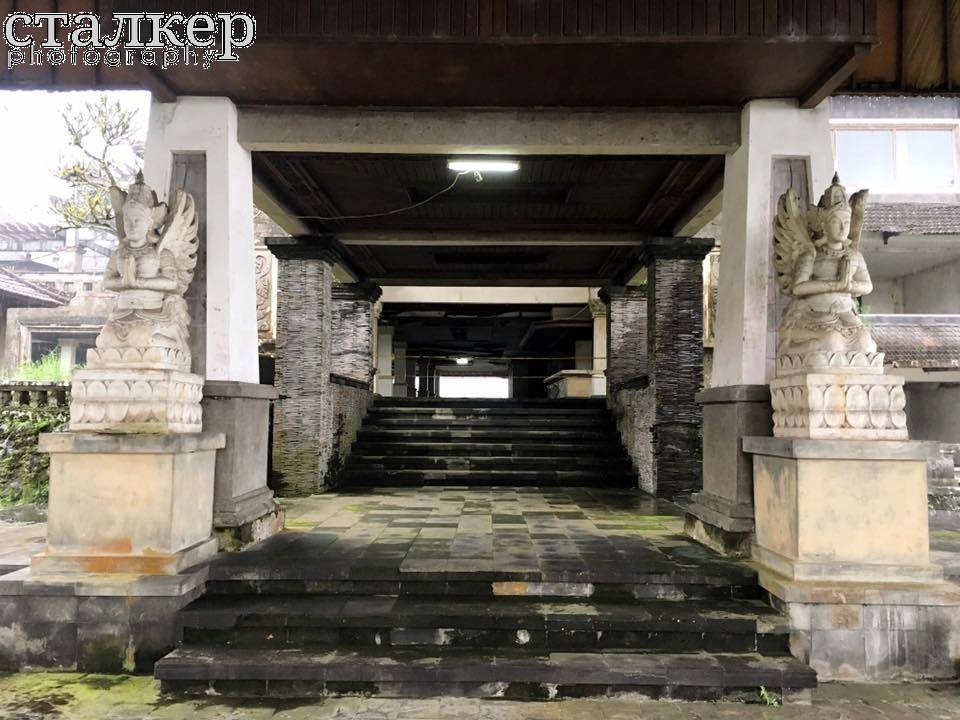 The hotel built in the 1990s was owned by Tommy Suharto, the youngest son of President, dictator and Major General Haji Mohammad Suharto. Construction work on the hotel was suspended after Tommy was imprisoned in 2002 following his assassination order against a Supreme Court judge. Other sources say that the project was cancelled due to the Asian financial crisis in 1998. Another story tells of a corrupt real estate developer in his business practices who was cursed. This curse led to his bankruptcy.
In both cases the hotel never saw the light of day. The marble furniture and flooring are still intact and the hotel is now for sale.

Legend has it that one summer night employees, workers and hotel guests disappeared into thin air. It is believed that the structure is the home of the spirits of the workers who died building the hotel in the 90s and haunt anyone who wants to visit the site.