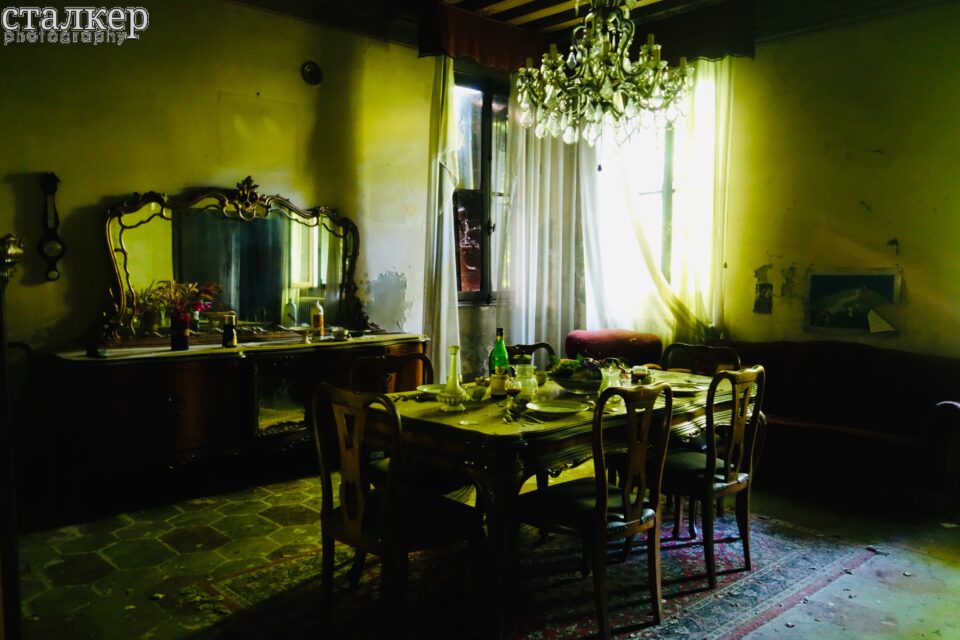 For you, Oh my God, I renounce the house and all my material possessions. Show me the door to heaven!

The villa is located in the metropolitan area of Venice. To enter you will have to pay attention to the neighbors on the opposite side of the street (several times it happened that they called the police). However, you can easily enter from the path through the gate left open, or from the back.
! The door leading to the church has been closed, so it is no longer possible to visit it! 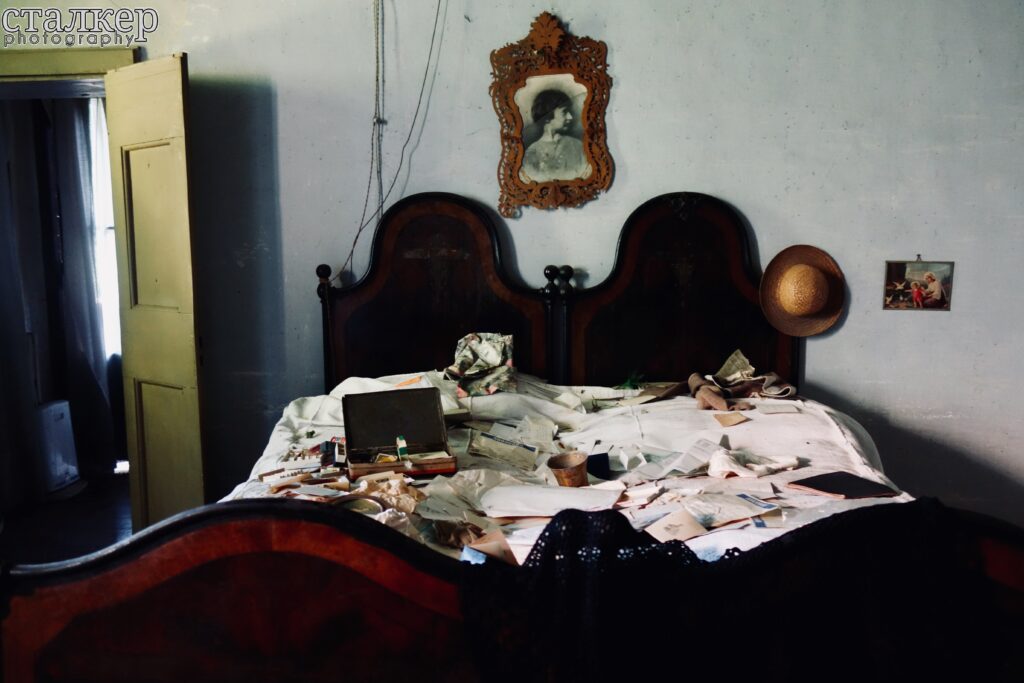 What little is known concerns the previous owners and their corn farm. Now the owners of the property are two brothers in constant struggle to keep the villa standing and restore it, or tear it down. 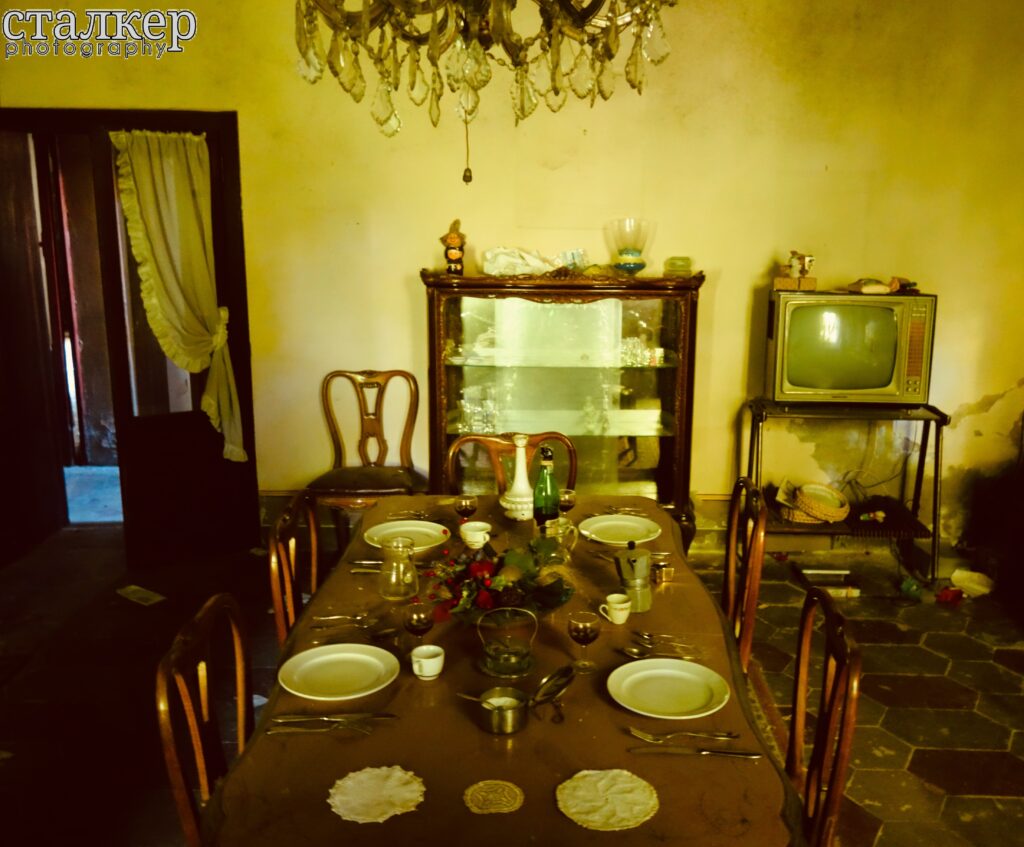 The villa is a small jewel stuck in another era, crystallized in a space time all its own. The place is known as Villa del Lancista (because of the two Lancia cars parked in the garage) or Villa Cereali which takes its name from the family business. 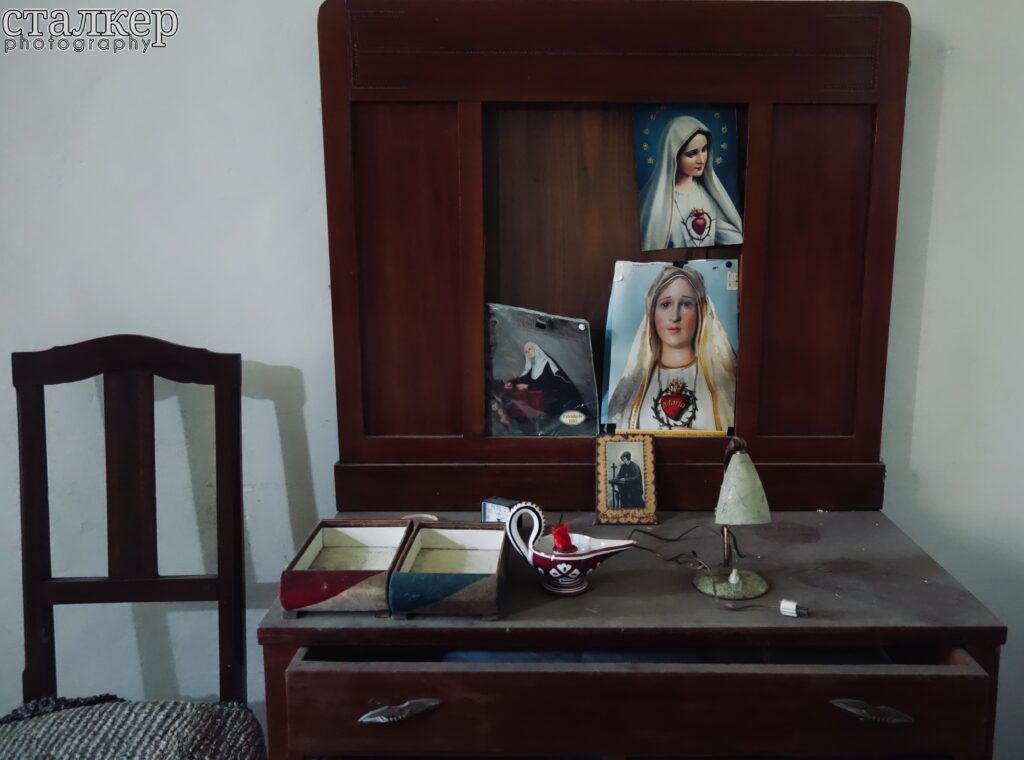 In fact, in the portico and in the garage there are two lances, and one of the two a Lancia Appia, innovative at that time because of the rear door that opened against the wind. Lancia was also an indelible brand of the upper middle class, and among the oldest Italian car manufacturers. This makes us well aware of how much the owners could have belonged to a wealthy class.

Throughout the exploration we are overwhelmed by continuous stimuli, starting with the countless number of photographs, objects, family memories, and not to end up dressed. Names like Giuseppina Bullo, Ida Visentin, Converso Giovanni become a mantra. 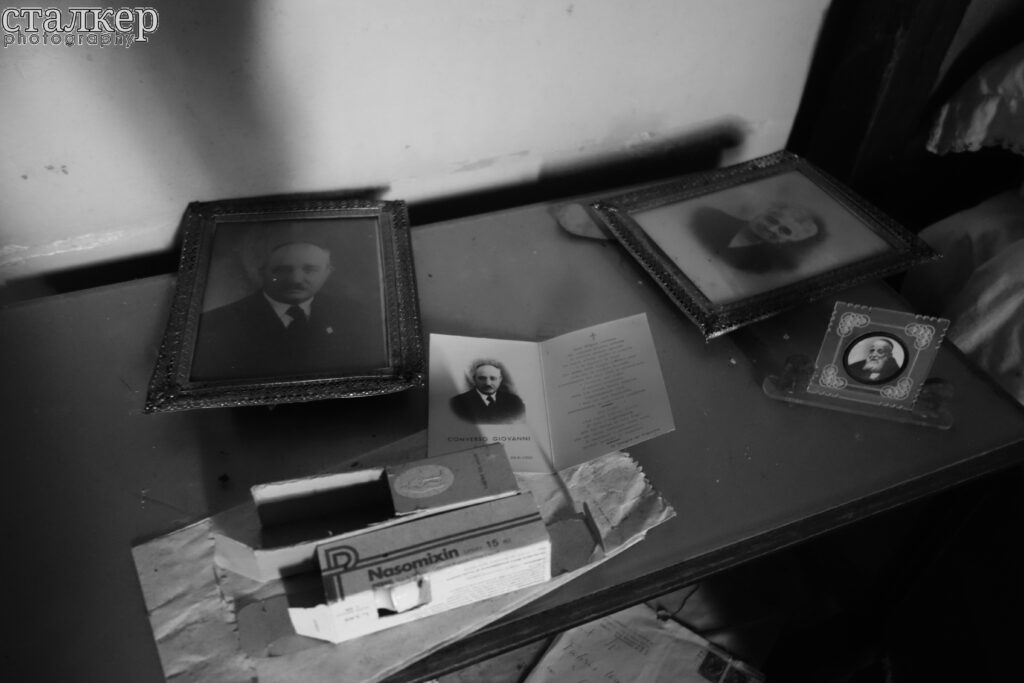 Everywhere there are scattered identity cards with information on the date and place of birth, and death. We also find dozens of postmortem photos, fashionable during the Victorian age (1837-1901), but now in disuse. It was used to remember the faces of the dead with one last photo, sometimes trying to represent the corpses as if they were alive.

Angels, saints, rosaries, the Virgin Mary, Jesus accompany us throughout the visit. All the rooms are furnished with them, and this makes us understand how believing and deeply religious the owners were. God at hand, omnipresent and at the same time transcendent. Whispers and echoes in the narrowest spaces, that from those dead we may have even greater devotion. In the garden of the house the owners also had a church no longer accessible.

On the top floor there are several agricultural tools, a multitude of shoes, furniture and a cradle with a wheelchair. A game of swing, where unfulfilled desires travel on the last waves and the face floats in the air with the last ray of sunshine squeezing, pressing to wedge through the dark, piercing the dust but slightly touching our faces. 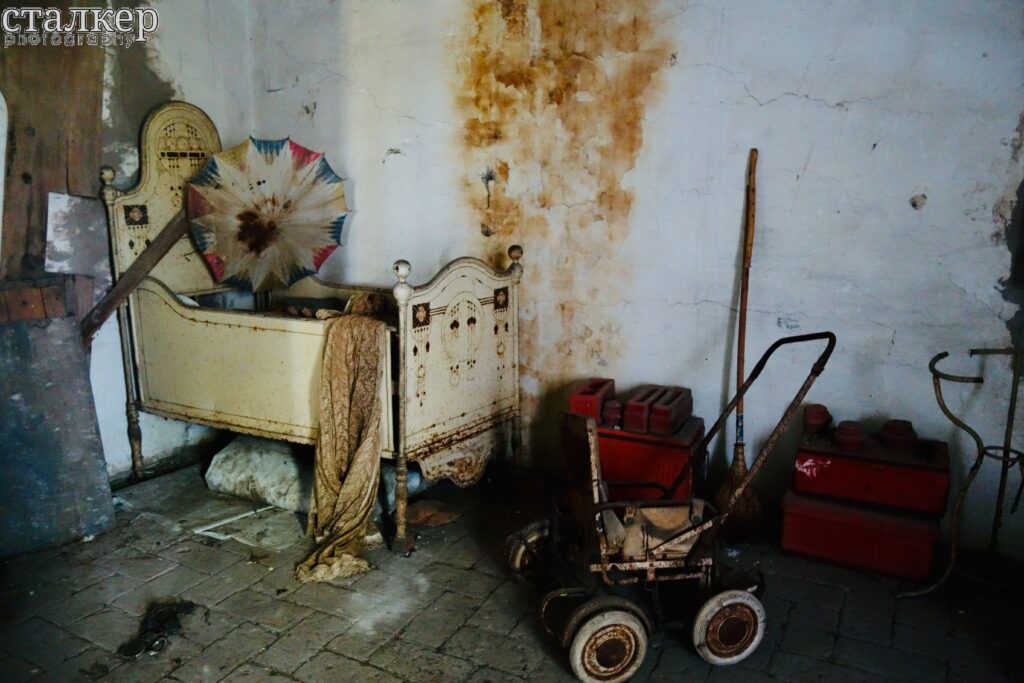