Abandoned railway is a typical story for lots of cities. However this one was interesting for me as long as it was the only one abandoned site in the city where I live – Passau.

Bridge itself looks really abandone, though it’s located near the town, and in front of it there are several factories. Even steps that lead to the bridge are quite old, so be careful going up, there is a big opportunity to fall down.

The railway line itself starts already in the city Passau. However the bridge, Kräutlsteinbrücke, you can reach going out from the city, in the direction of the river Danube. 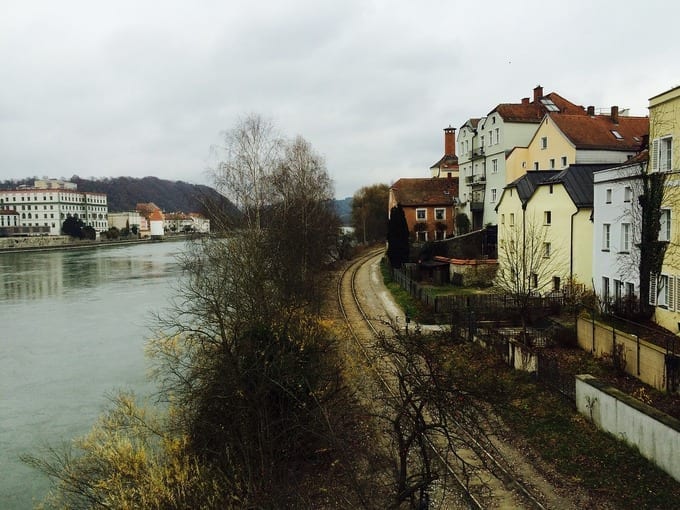 The history of the railway line Passau – Hauzenberg starts in 1902. The Kräutlstein Bridge  was built by 1903. And already next year people started to use it.

In the end of the Second World War the bridge was blown, and in 1949 opened again by two pioneers.

However, the scheduled passenger traffic across the bridge was discontinued in 1971.

And from here start talks about reopening the bridge. From one site there is the goverment of Hauzenberg that wants bridge to be put in operation again to bring more tourists to the city. From another site there are transport companies who want this bridge to be released to road traffic (for walking and cycling path or for the car transfer). However, this idea failed because the bridge could not be reconstructed for technical reasons: bridge is too narrow, lack of ramps…