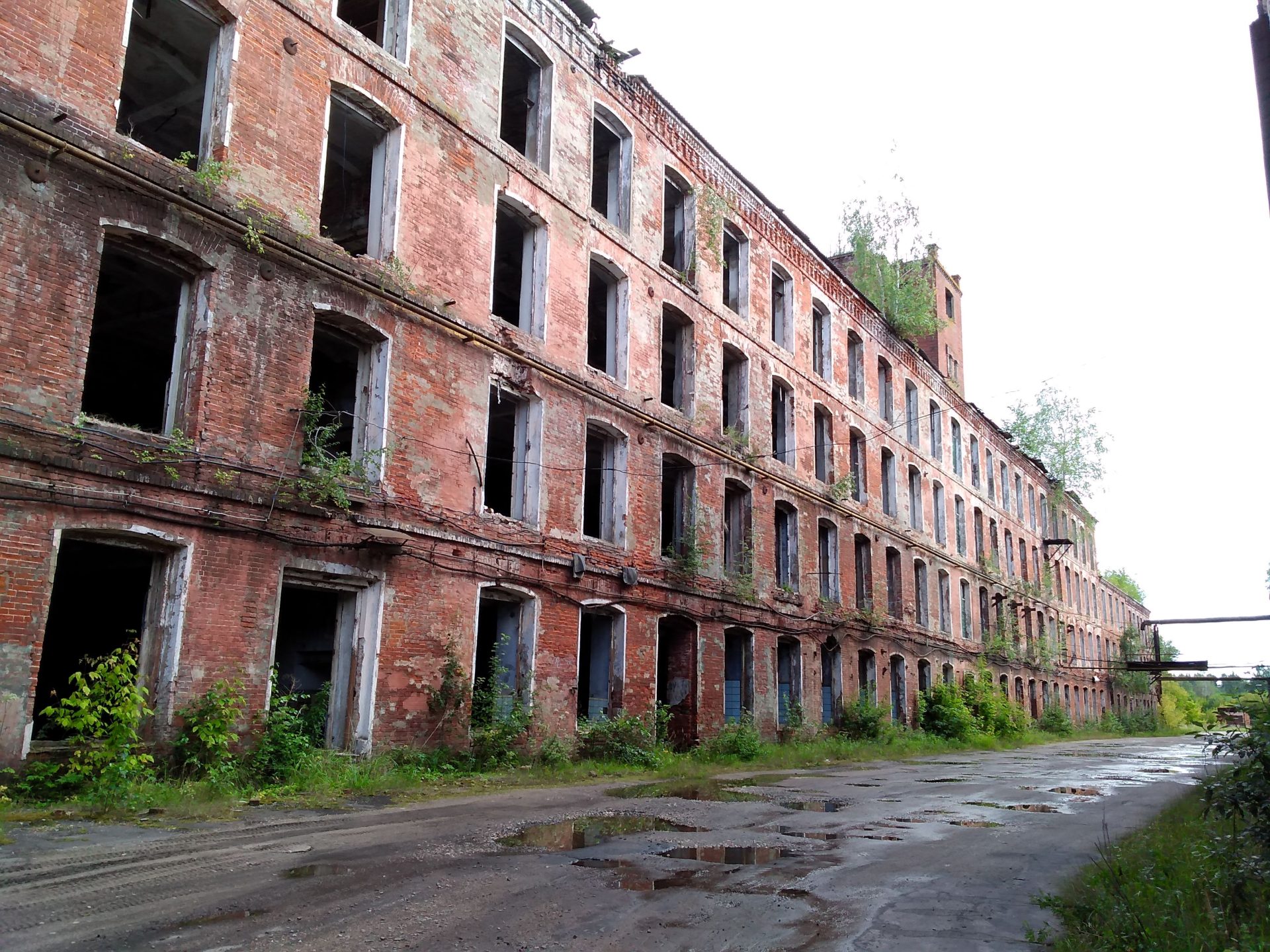 Karabanovo was first mentioned in 1630. At that time there were only a few huts built on the right bank of the then navigable Seraya River. Where the river was present, there was the possibility of delivering goods and generating electricity and water for production. That is why in 1812 a weaving factory was established by merchants (according to other sources – farmers).

In 1834, I.F. Baranov expanded the factory, added a drying room, and the colour of the fabric changed from blue to red. I think that when the factory was working at its peak, there was water in the river…. let’s say – not exactly clean. Today right under the factory walls, practically in the centre of town, there are beautiful beavers.

Ivan Fedorovich’s sons after his death divided up the inheritance. Near the village of Korovino, geologists personally invited by the Baranovs found clay, and this discovery turned into the production of a brick factory. Its capacity was sufficient to ensure the construction of the settlement. And it was from this brick that the barracks were built, which now have a fundamental historical value in the town. I have calculated five pieces. (True, they are all in ruins now). The buildings are quite strong, they can be repaired, but now parts of them are residential and some are abandoned. Inside (except one converted into flats) are dormitories.

But back to our Baranovs.

In 1922 the factory received a new name dedicated to the Comintern on the basis of an order from Glavtekstil. 1928-1930 – the Karaban factory is named after the Third International of the Vladimir State Trust of Cotton Factories. October 1944-1945 – Karabanovsky cotton factory was named after the 3rd International of the General Directorate of Cotton Industry of the Vladimir region of the People’s Commissariat of Textile Industry of the USSR.

At that time, the population of Karabanovo reached 5 thousand people. In addition to the factory owned by the Baranovs, a school, a hospital and a maternity home were built in the village. Besides that, a school was organised in the weaving factory where machine fitters, blacksmiths, engravers and other future factory workers were trained. Training there was considered prestigious, but it was difficult to get there, due to the corruption of the instructors and the strict rules of the factory.

The school lasted a couple of years and was completely abandoned in 2009, with most of the residents moving to Moscow.

Today, half of the people still live below the poverty line in conditions comparable to wartime: there are no roads, sewage and heating work poorly, roofs are in bad condition and fires have occurred several times.

The town and its architecture

There is a very remarkable club in Karabanovo. A fine example of constructivism. Behind the club, several old shops on Torgovaya Street and old wooden houses (about 700 years old!) have been preserved. On the outskirts is the Church of the Holy Trinity, the construction of which was begun in 1876 by the local manufacturer Ivan Fedorovich Baranov, and after his death continued by his widow Elizaveta Aleksandrovna Baranova and finished by the factory manager Alexei Mikhailovich Pervushin in 1880. The temple was built according to the design of architect Vladimir Nikolai Artleben. In 1880, it was consecrated. 57 years after, in 1937, it was blown up and the bricks and foundations were dismantled for construction purposes.

In 2008, at the expense of sponsors and parishioners, the restoration of the temple began. In 2011, it was consecrated.

The people of Karabanovo and their history

People are very tired of this life. When they saw us with cameras and backpacks in their homes, they let themselves go and told us their story. They asked us to talk to Putin about the conditions in which they are forced to live, to save them from this life. Believing in the sinless king and officials, this speech is so naive, but so Russian at the same time.