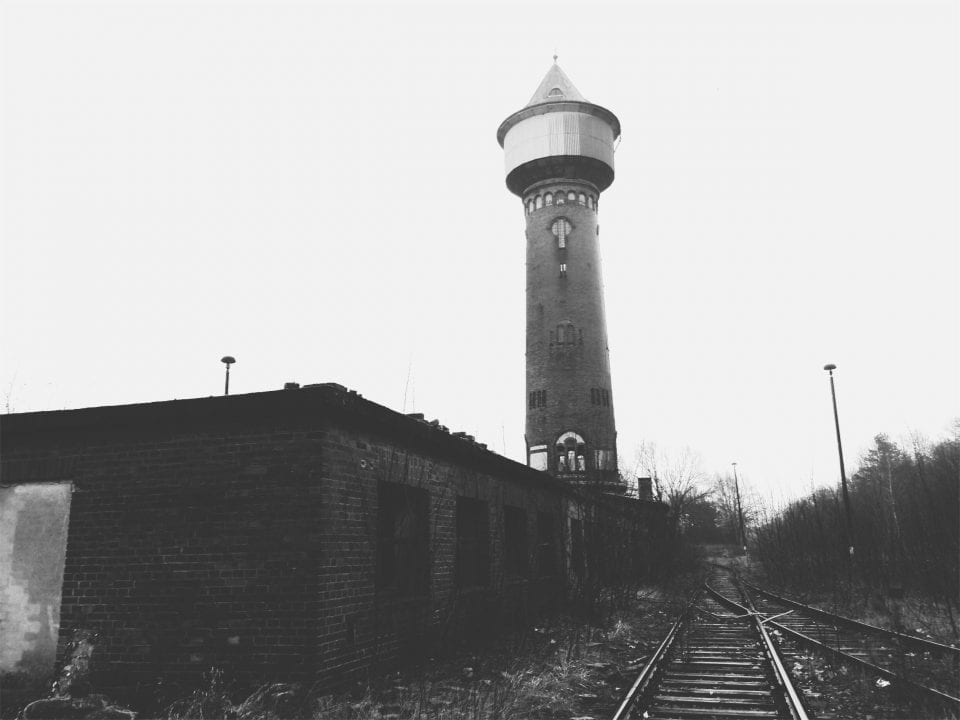 Heading to the abandoned Ollympic village from the train station Elstal, you can see a big complex that probably belongs to the terminus but stays undependably from the main station. As it was not the main purpose of our journey we decided to check it on our way back.

The abandoned train station is located just after the main train station. You will see it anyway thanks to the huge water tower. The territory is absolutely not fenced and not guarded so you can easily get inside any building.

The train station Wustermark marshalling yard was opened in 1907. It used to be one of the largest and most modern marshalling yards in Germany. But just until the Second World War.

During the war the railway station was hardly damaged by bombs. So after the end of the war just half of the station remained in operation, though it was still really important place for the freight transport of the German Reichsbahn in the GDR. After the reunification of Germany, the station lost its importance. In 2001 station was closed permanently.

After that in 2007 there were discussions about financing the rehabilitation of the facilities. It was investigated the possibility to use this area as for traffic as for tourism. At that time, the cost of rehabilitation of the buildings was estimated at 4.5 million euros, of which about 2 million were needed for the locomotive shed. As we can see, these plans have not yet been implemented.

First that is catching your attention in this huge complex of abandoned buildings is 56 meter high water tower. We left it for exploration for the end.

There were lots of buildings to explore! That’s why it was hard to decide from what to start. Among the buildings we have found the waiting room for passengers, buildings for staff, like accommodation buildings and canteens, as well as buildings for the technical supply of the station.

What was the most fascinating among this – the architecture of buildings. Almost oriental, beautiful windows, buildings built from the red-stone material… So much authentic!

Inside some buildings you can still find interesting things. Old documents, dishes, blocks of toilet paper, shoes…. And much more! Looking for some rarity? It’s your place.
[metaslider id=1983]

But let’s return to the water tower. To get inside it you need to climb the stairs and go through a broken window on the first floor. Then endless staircase starts… up-up-up, you are thinking that above there will be some surprise waiting. Walking-walking… and then suddenly…disappointment. Really? No best view on Berlin? Just this pump and lots of ropes? What a big pity! Though the place is full of unique atmosphere, and going upstairs is so much exciting that I would suggest it to everyone anyway!

And now, looking on clock: train will come in 15 minutes. We started to hurry down and running to the real train station to take our train back to Berlin.

Bye-bye, Wustermark! You are no more alone!