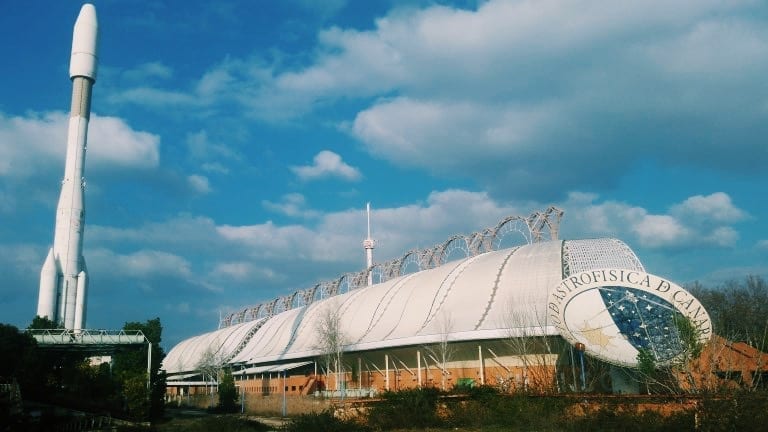 Expo of the future, held in the past, abandoned from the present…

How to reach and position

A tech and research park occupies the biggest part of the land that was Expo’92.  Stalker must be careful to not come to the “wrong” place.

Easy entrances from the several gates surround the place. Other entrances of other pavilions will force you to jump or climb over the fence and even walls. Be sure to take with you a pair of trainers.

Seville has hosted two Exposiciones Universales, the first one in 1929; and the second – in 1992. Both of Seville’s Expos were intended to promote the city and encourage tourism, while displaying the city’s industrial and (multi-)cultural heritage. Over one hundred countries were represented, including many massive pavilions.

Expo 92 lasted for six months: from 20 April to 21 October 1992. This Expo was held in and around the Isla Cartuja, which was completely redeveloped for the event – a new city was built from scratch.

Expo was deemed a huge success but, the reality was that the event cost €9.3 billion and left the city mired in debt and controversy for decades.

The theme was “The Age of Discovery”, since it celebrated the 500th anniversary of Columbus’ first voyage in 1492 and the beginning of Seville’s era of great wealth thanks to gold and other precious trading goods brought back by ships from the New World.

At the conclusion of the Expo, many of the Pavilions were dismantled, and today the site is divided between a research and development park called Cartuja 93 and a theme park called Isla Magica (“Magic Island”), which also host the popular Pavilion of Spain. The Government of Canada donated the Canadian Pavilion to build a new trade school.

One can walk throughout Cartuja 93 for free, however, admission to the Isla Mágica requires an entrance fee.

On the road of camino de los descrimientos me and my friend Charaf were looking for an easy and safe entrance to the pabellòn del Futuro. In fact, while crossing the bridge of la Barqueta, we glimpsed at some people inside the area, who probably were workers, so it was better for us to pay more attention. After one kilometer and half of walking, on our left, finally a passage appeared and in a heartbeat we were inside. It was a road, which connected the other side of the pavilion, divided by wide ditch littered with grass and weed. Charaf decided to wait close to the entrance with the backpacks while I would be inside exploring.

At first sight the rocket, the antenna and the pavilion dominated the landscape. 10, 9, 8, 7, 6….2, 1 and I was already under the engine of this huge rocket copied from original size. An exact replica of the European Space Agency’s Ariane Four launch system towers, sooooo exciting!!! On the other side of the pedestrian area the pavilion was silence, taking a nap after being a host for so many tourists during the previous 6 months. All the doors were closed, no entrance where to break inside. Next to the big antenna, in a corner of a sub-port, there was a planet in miniature. Not far away – the auditorium and the stage, always closed but possible to reach by climbing the walls.

Next place to be worth of a visit was right on the opposite side of the road, the pavilion of marruecos! Amazing masterpiece of architecture and Islamic design, almost perfect replica in my Moroccan friend’s view. Fortunately, not abandoned but now used as a cultural center.

The monorail track is gone, though stations remain, now just oddities taking up space in parking lots for those who work in Cartuja 93. Escalators missing pieces are blocked off by chain-link fences.

Walking on our way back home we found something else of abandoned, not recognizable from outside, but from inside looked like a theater. Walking on a half-broken tree trunk, climbing and jumping over a thick wall we were inside. A starry sky with zodiac symbols up on our heads, down all dark.

Stepping on the rotten wood we found ourselves in a lightless open room where the landlords – two dummies – welcomed us. An amazing view surprised me and my friend: orange trees, oranges on the floor, the sunset, palms in the distance, quietness…. Ah so niceeeee.

After this time-break we moved to visit the rest of the building. It was just empty corridors, rooms and… one horse and one man (always dummies) who were standing in front of what was a dark room. Completely dark, no windows for the light and in the center a big hole, deep maybe 10 meters, fenced all around. No idea to think about what was it, as my friend invited me to go away from this place. 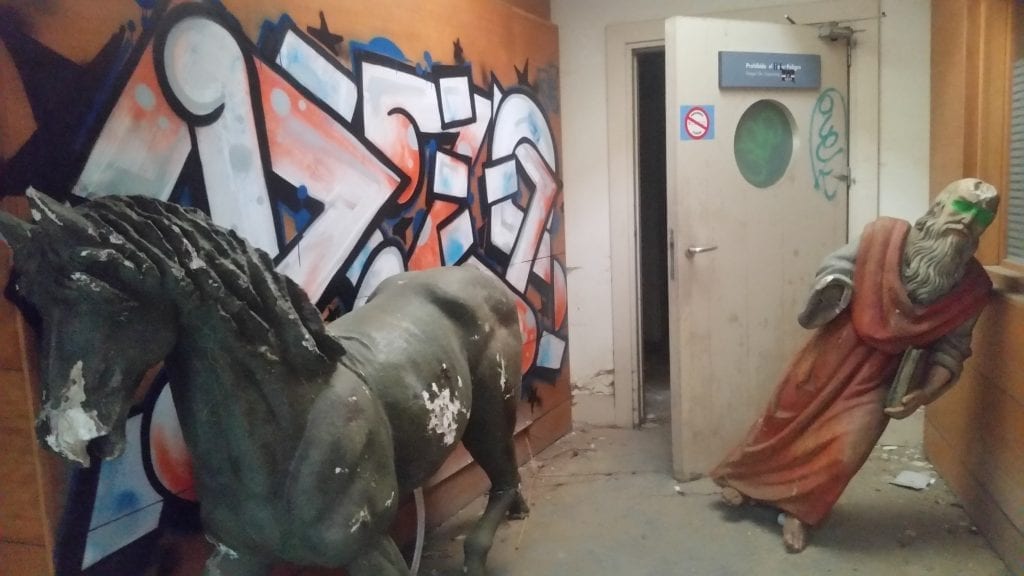 Climbed on the wall and jumped down without any care about people around. Pretty suggestive place, as I like it I said to my friend! Sure, I had fun and I would be ready to do it once and once again, was his answer. Another Stalker on our ranks I thought to myself:D.