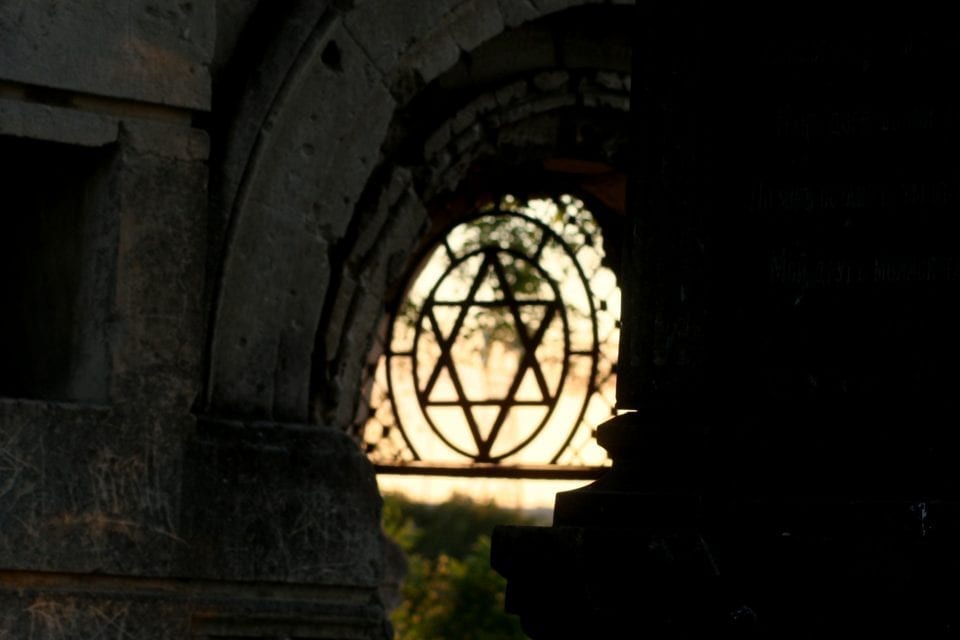 Being a small girl, I was always passing these two abandoned and forgotten by everyone cemeteries. But now we have Stalker, so it’s time to catch the passing epoch, and leave some traces of it.

Both of cemeteries are located not far from the city center of Sevastopol. You can reach them by busses, 10, 2, 16, going out at bus stop “Улица Галины Петровой”.

Both cemeteries are separated by a dilapidated “fence”.

These both cemeteries – are Jewish and Karaite (Crimean Karaites – ethnic group), they appeared in Sevastopol after the Crimean war in 1856.

So this is how two cemeteries  appeared here, in the Cemetery gully in the northwest of Rudolf Mountain: Jewish, and Karaite.

At the beginning of the 20th century, with the money of Karaite patron Joseph Burnaz, a house was built to protect the cemetery and conduct rituals by the Karaites. This building was demolished in 1999 during the construction of the TPP.

In the middle of the Jewish cemetery there is a chapel house, which was built and consecrated at the beginning of the 20th century.

The biggest damage to the two cemeteries was caused by the September 12, 1927 earthquake and the incessant downpour of September 1, 1928.

Officially Jewish and Karaite cemeteries were closed on March 1, 1965.

In 1990, studies were conducted in cemeteries, which officially recorded 1772 graves in the Jewish cemetery and 715 graves in Karaite.

At the Karaite cemetery, the gravestones are divided into 15 types. The inscriptions of the sarcophagi are made in Hebrew and sometimes in two languages – in Russian and Hebrew. In the cemetery, cenotaphs were found (a tombstone without the remains of the dead person).