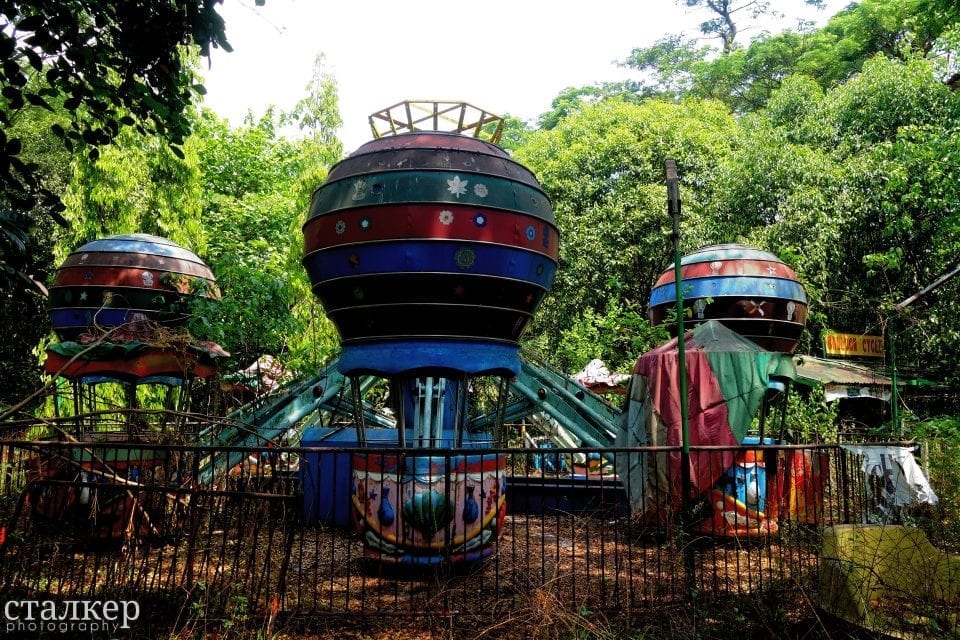 Among all abandoned places there is one type that we love most of all – amusement parks! Here we can be ourselves – two small kids who enjoy every second of their lives. Our doze of amusement we found in the ex-capital of Myanmar – Yangon.

Abandoned amusement park is located near Yangon zoological garden. Actually it is even pointed in maps.me. 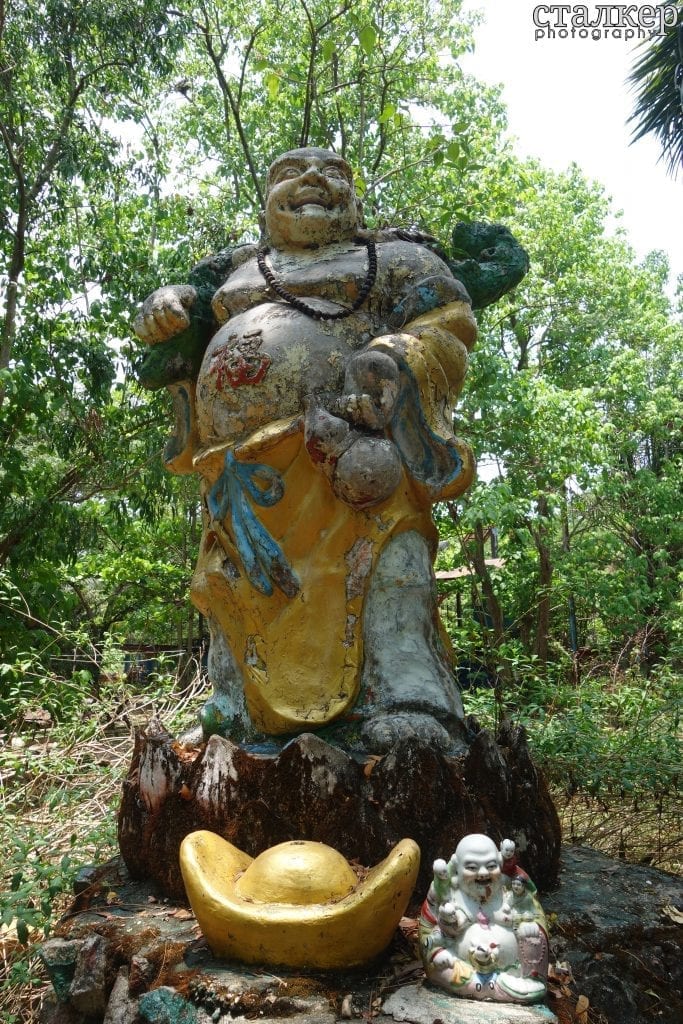 The easiest way to get inside is from the street Upper Pansodan Rd. Doors are opened. You will see around houses of locals who live there, right in front of abandoned park. 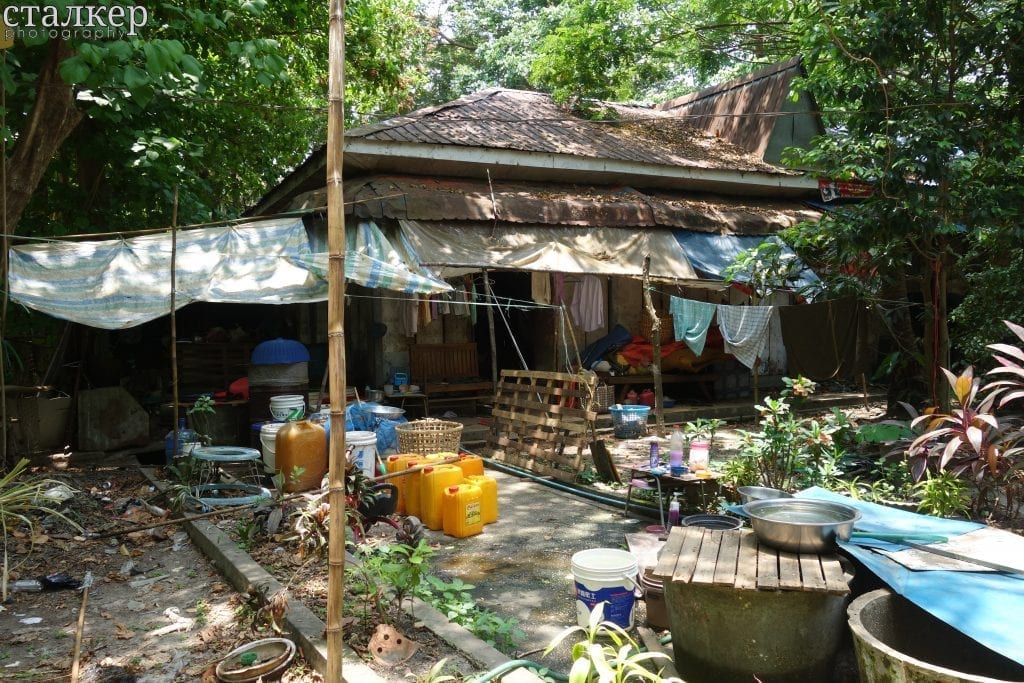 At our first time we didn’t know how to get inside as we were blind and didn’t see the point in the map. So we decided to get in through the zoo. We saw something abandoned behind the fence and thought:

We cross over the fence and the first thing we see – is the…giraffe….heh?

There were some entrances through the zoo as well, but just be careful that no one will see you getting inside. And as well you will need to pay for entrance to the zoo – something around 5000 kyats.

History during the burmese dictatorship

There is not that much history about this place that can be found in internet.

It was opened in 1997 by the Burmese dictatorship. Many important people visited the opening ceremony of this amusement park, like General Khin Nyunt, who was then Secretary-1 of the State Law and Order Restoration Council, as well the Japanese ambassador attended the ceremony. The park was done well, and the military was proud of it, calling it a “world-class” amusement park with “modern” attractions.

There is no information why the park was closed and in which year. Some sources say that it was closed between 2012-2013. 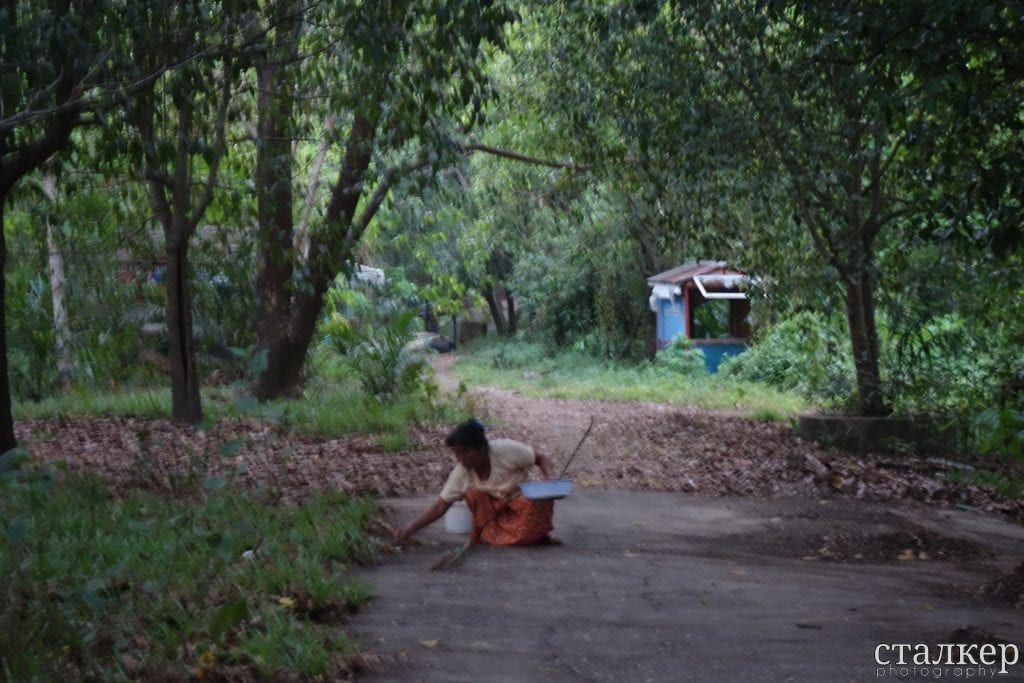 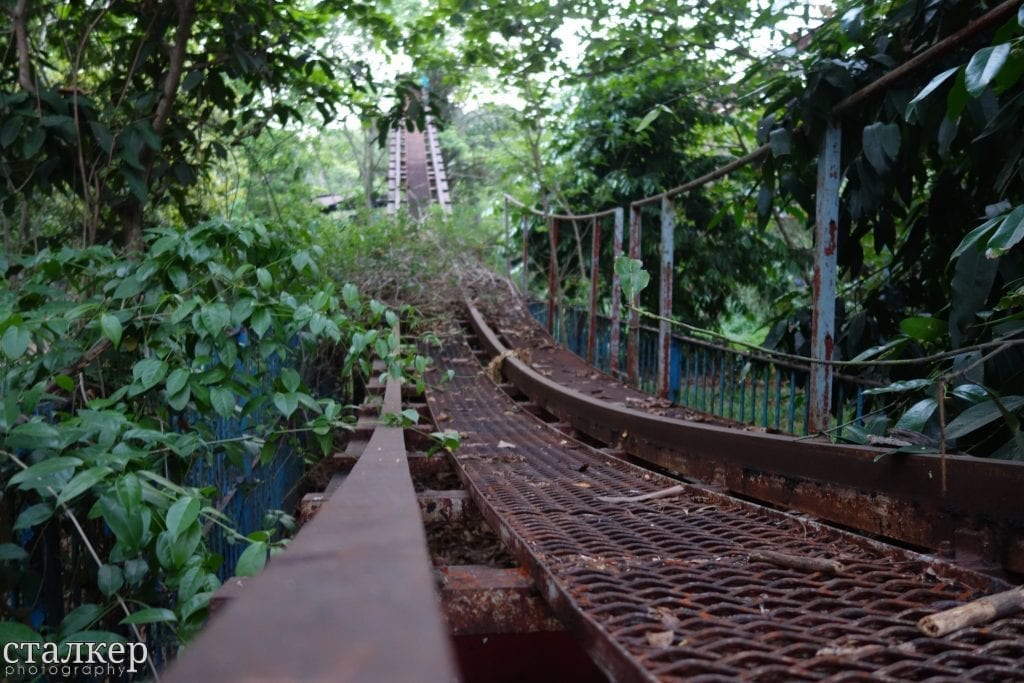 We get inside the park and the first impression we have:

-Wow, it’s so huge! It’s so hard to decide where to go! Let’s go everywhere!

We caught the joy and we can’t stop. We climb different roller coasters up and down, trying to take the best pictures. 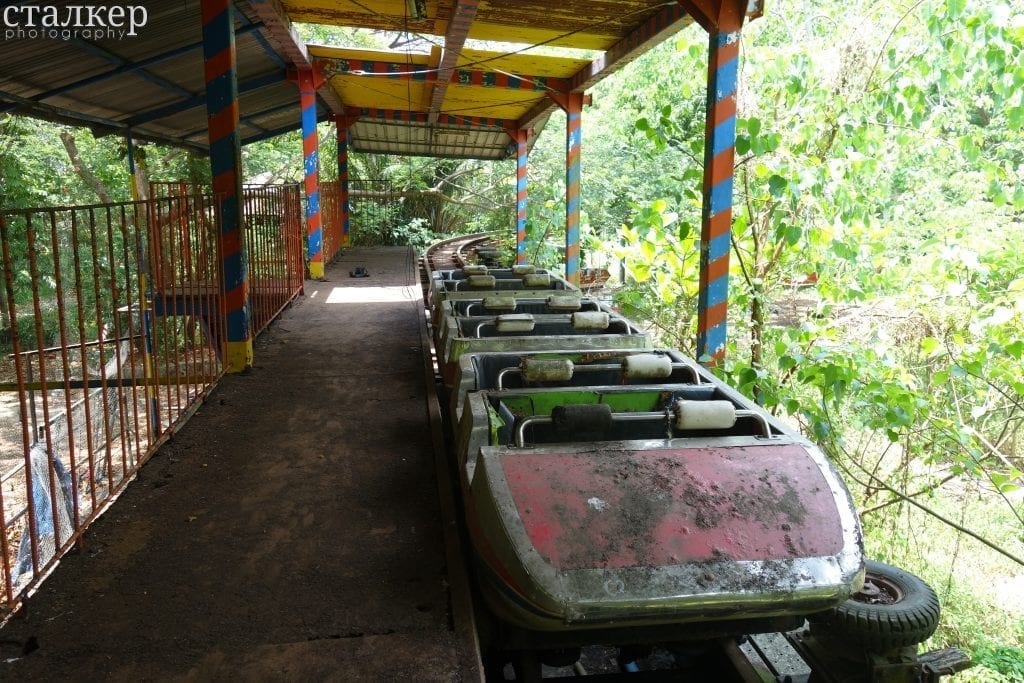 The only thing that stops us is wild dogs, that are hanging out here. They are a little bit aggressive but nothing more. They are afraid of us and run away when we try to get closer. Different people were writing as well about such danger as snakes – but don’t trust them. There are no! The only thing that will bother you during your exploration- is mosquitos. So don’t forget to take with you the repellent spray. 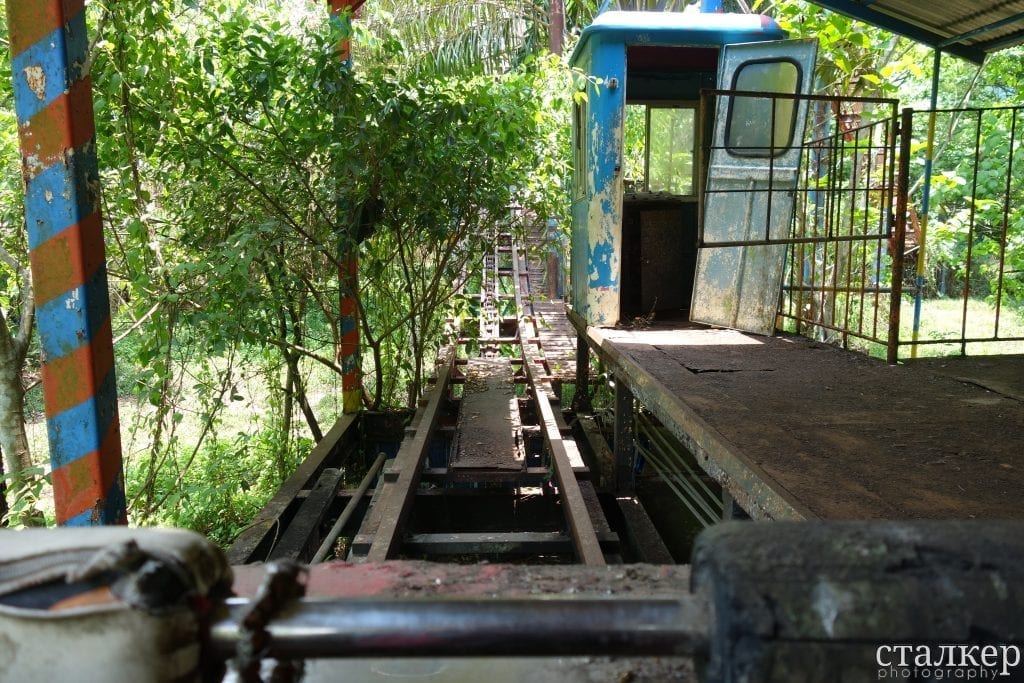 The first attraction we meet is the carousel with horses who had creepy faces. The carousel itself is stunning, very beautiful and still in a good condition.

Then we see Balloon Cycle – carrousel with balloons that will bring you up and down. 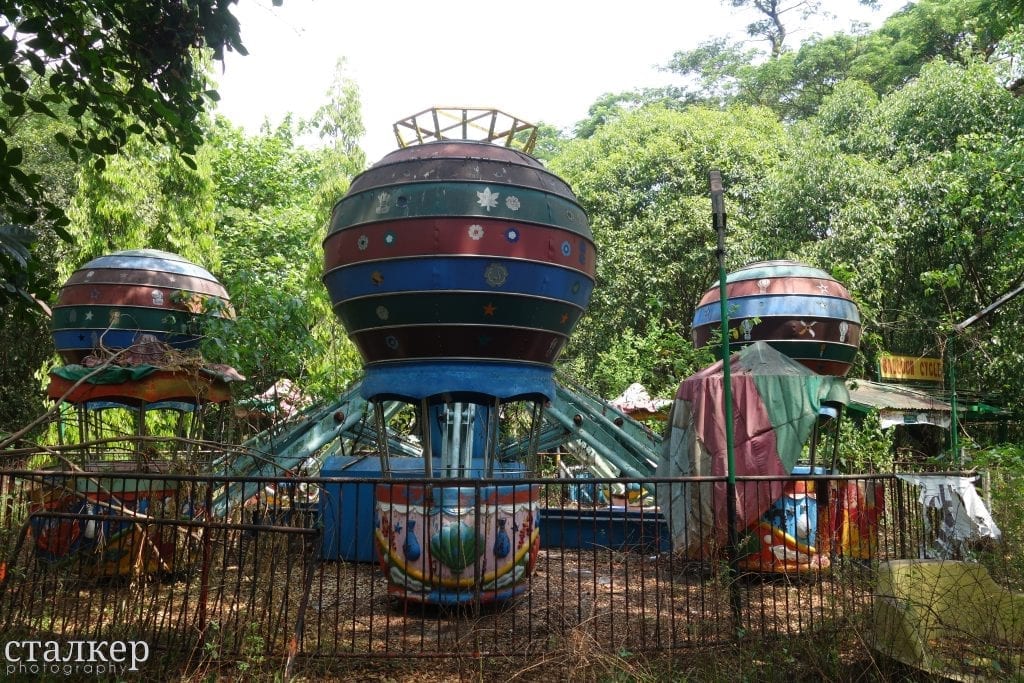 Further there is something that before was probably the cinema. There is still so-called screen and seats, but nothing more. 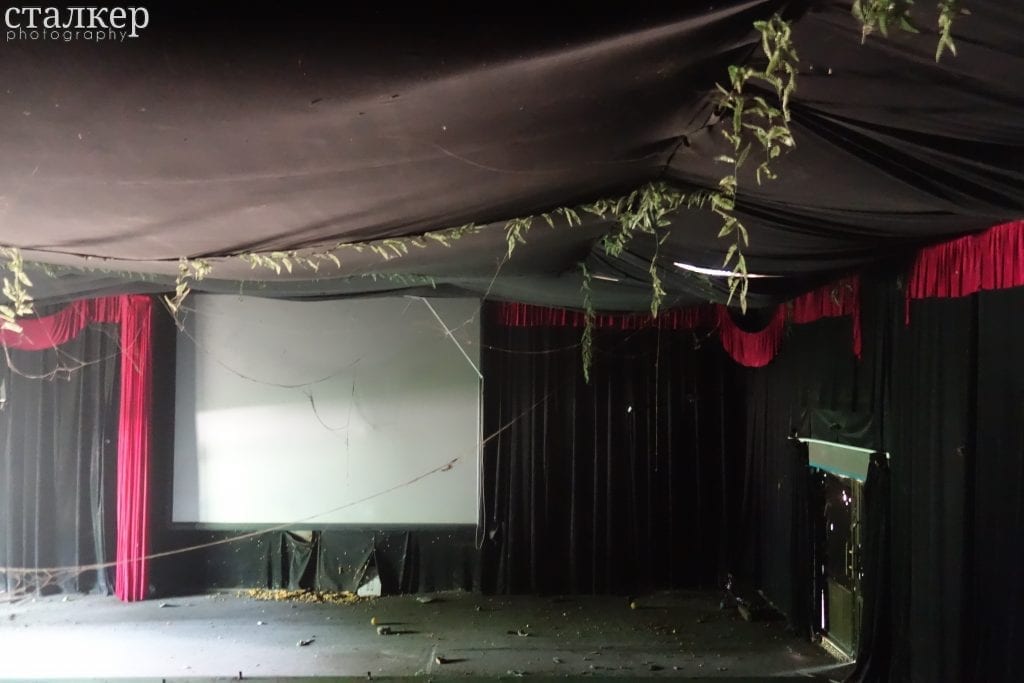 When we go out from there we see Bumper Car Rides. All cars are put in one place and look quite old. 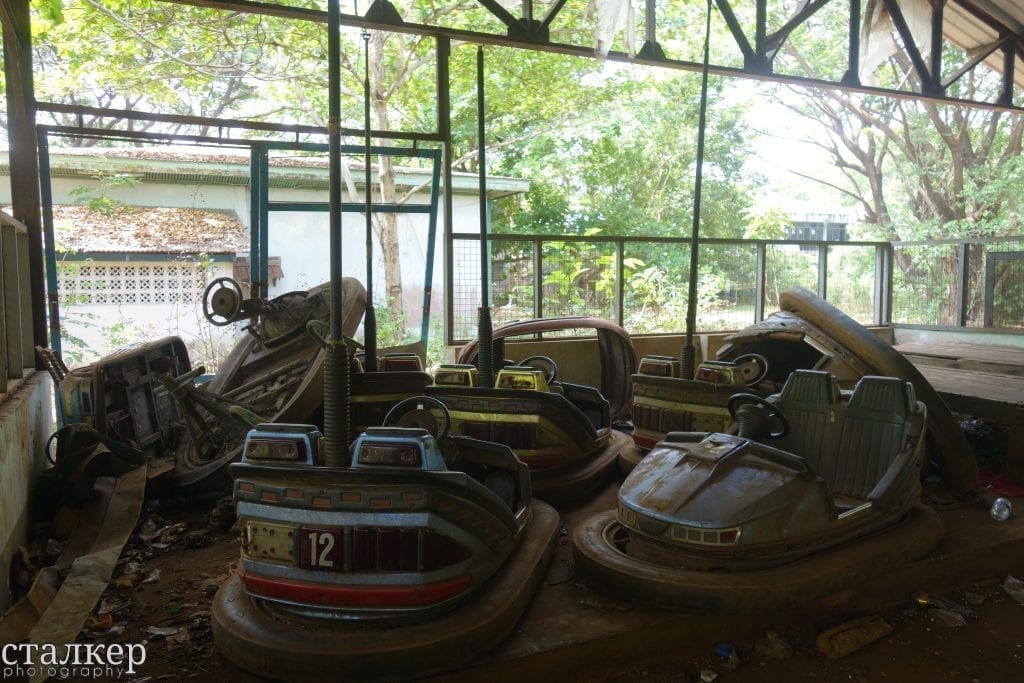 We climb through jungles further when we see huuuge Pirate ship with a real Pirate who is looking around. We climb around his ship that stays still far from the ocean.

After that we see the huge placement with lots of different attractions inside. Here are everything that young boys were dreaming about in the childhood! Kids railroad, shooter, cars, flying scooters. So many subjects are left inside! You can stay hours here trying to identify what is and how it was used.

But we move on. Next stop is roller-coasters. The slides are very high, and we can barely see it because of the sun. We stop here to take some photos as the place reminds us the amusement park we met in Berlin.

Here we finish our exploration, taking meanwhile photos of some objects that is hard to identify.

We leave this park happy and full of joy, already dreaming about meeting some more abandoned amusement parks on our way!

Urbex location on the map: