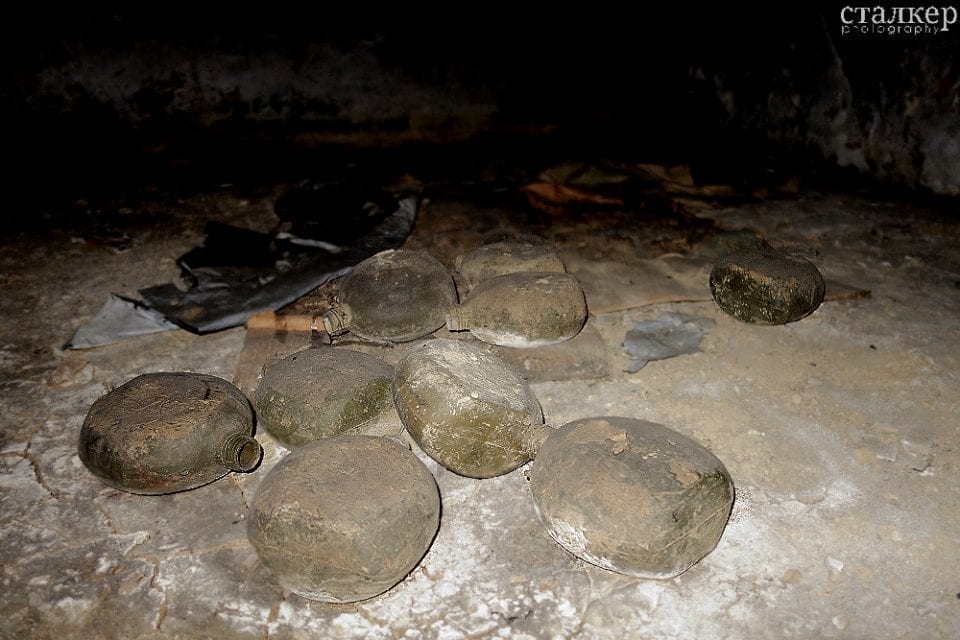 Defend yourself from whom sir? We leave room for those who want to enter. The only ones we have to fear are ourselves …

The battery of abandoned bunkers is located in Durrës, Albania. On the road that leads from the center to the Golem, you will find them on your left where some blocks of rock rise. To reach the entrance you must take the road on the left before the train tracks start. 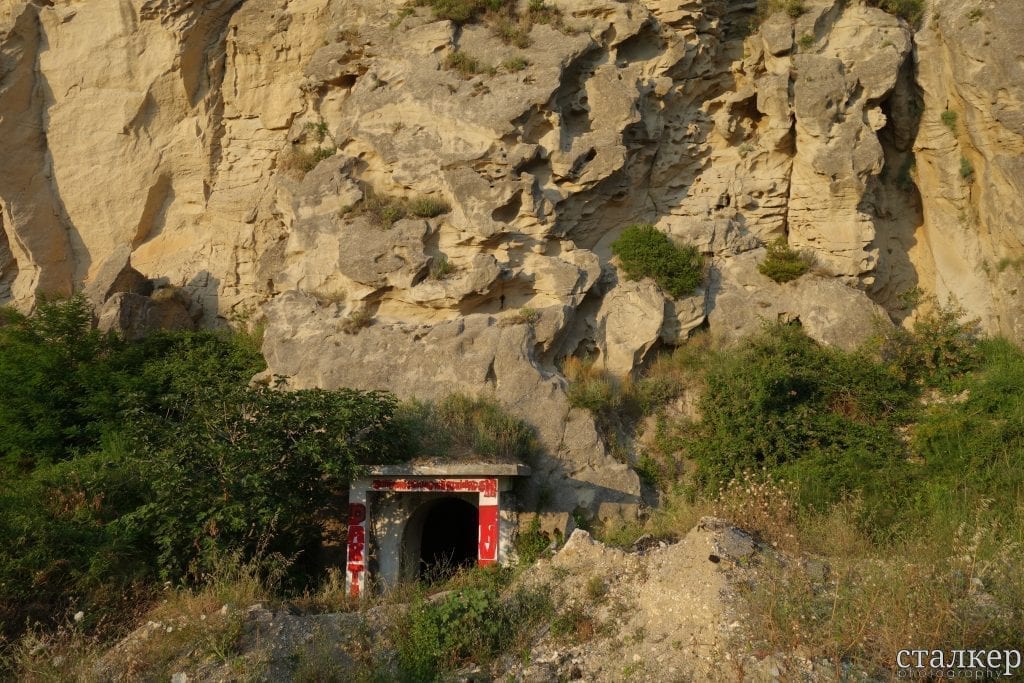 The bunkers were built during the communist regime of Enver Hoxha (1960-1980). In 1983 there were a total of 173,371 bunkers throughout the country. The “bunkerisation” program devised by Hoxha was intended to build bunkers in every corner of the People’s Socialist Republic of Albania. They were built in every possible place, ranging from beaches and mountains, from vineyards to pastures, from villages to cities and even on one of the best hotels in Albania. They were never used for their purpose during the years when Hoxha ruled. The cost due to their construction was only a loss of resources, removing Albania from more urgent needs such as the lack of housing and adequate infrastructure. 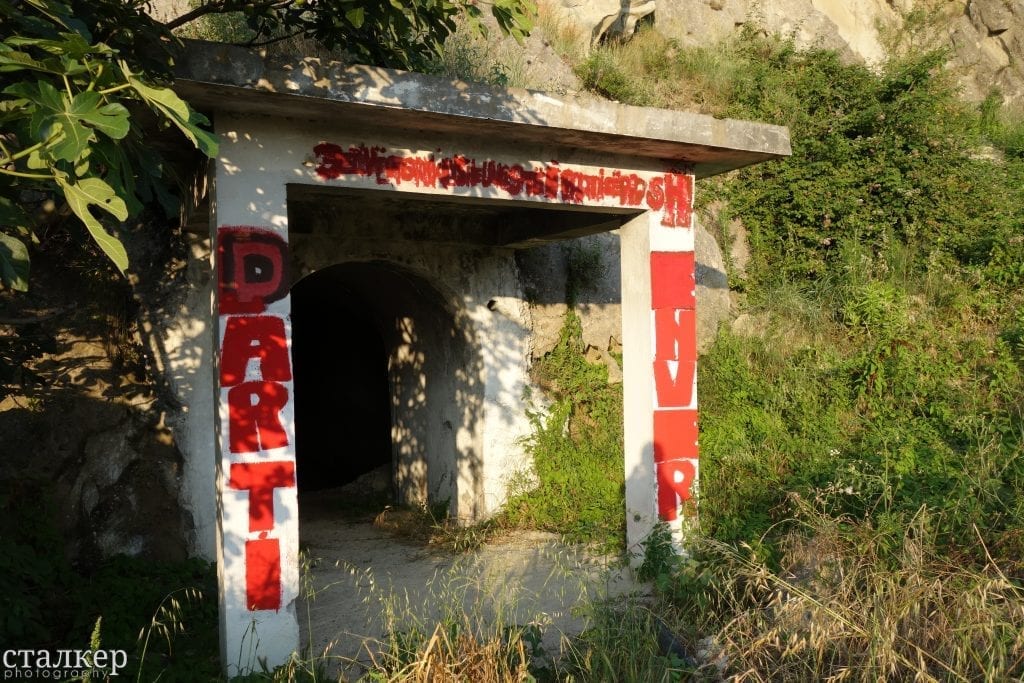 The bunkers were abandoned following the collapse of communism in 1990. Many of them are now abandoned, although some have been reused for several purposes including residential housing, bars, warehouses and shelters for animals or homeless. 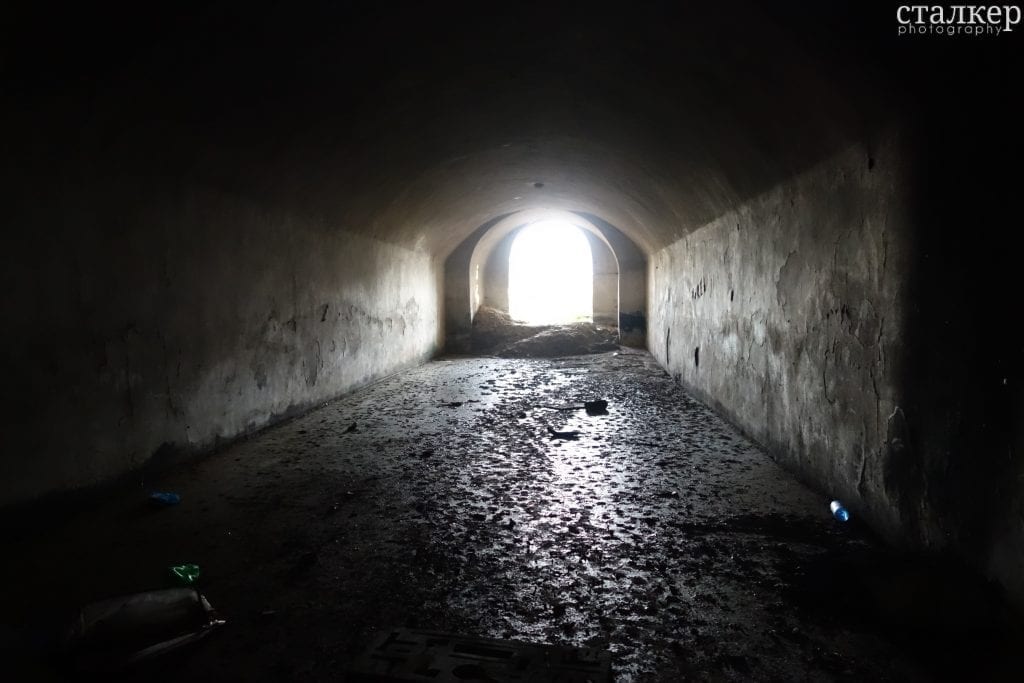 In fact, the bunkers we visited are just a series of tunnels that lead to more or less spacious rooms. On the sides of the path there are several rooms, all completely empty if not for some scraps of food, trash and bivouacs used by the homeless. 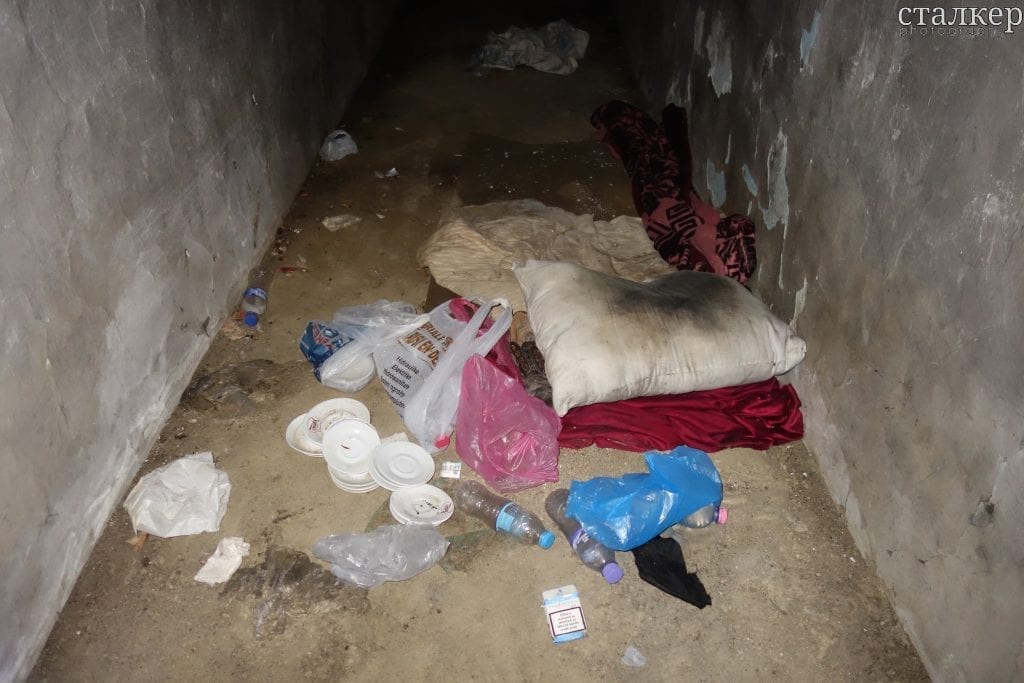 The ground is damp and muddy and the humidity that condenses on the rock falls on the nape with cold drops. Tic, tick, tick … this is the noise you hear if you are silent. We must pay attention to the rock, bare and raw, as we often slip on it. Smart as i am, i am wearing old slippers, with a sole that looks more like a “banana peel”. 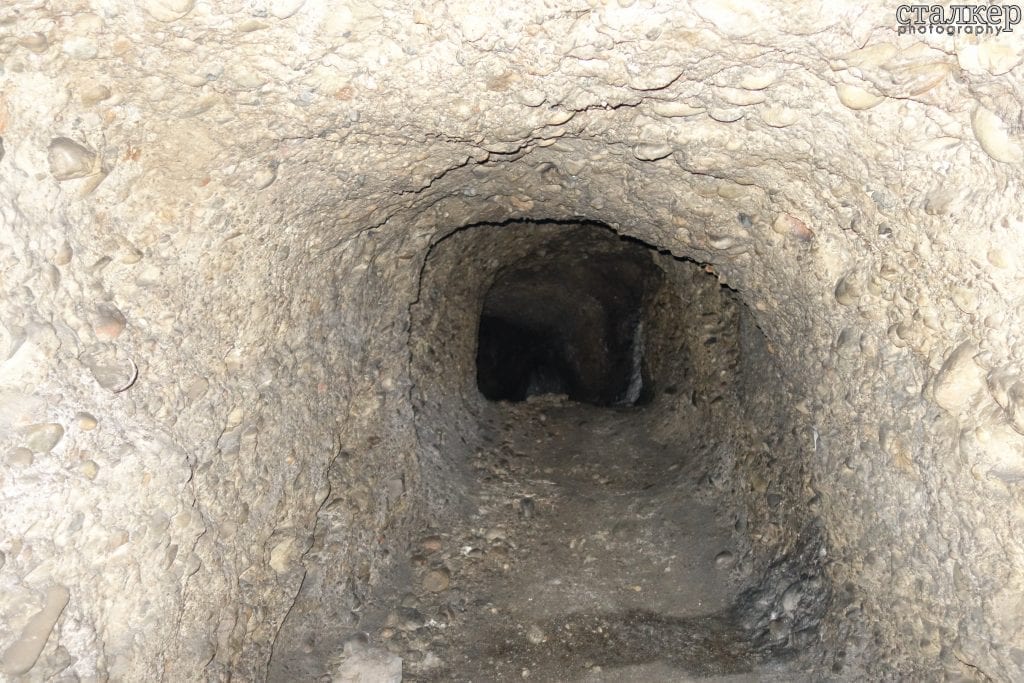 Through some tunnels we reach a flight of stairs that at first sight seems to have no end. 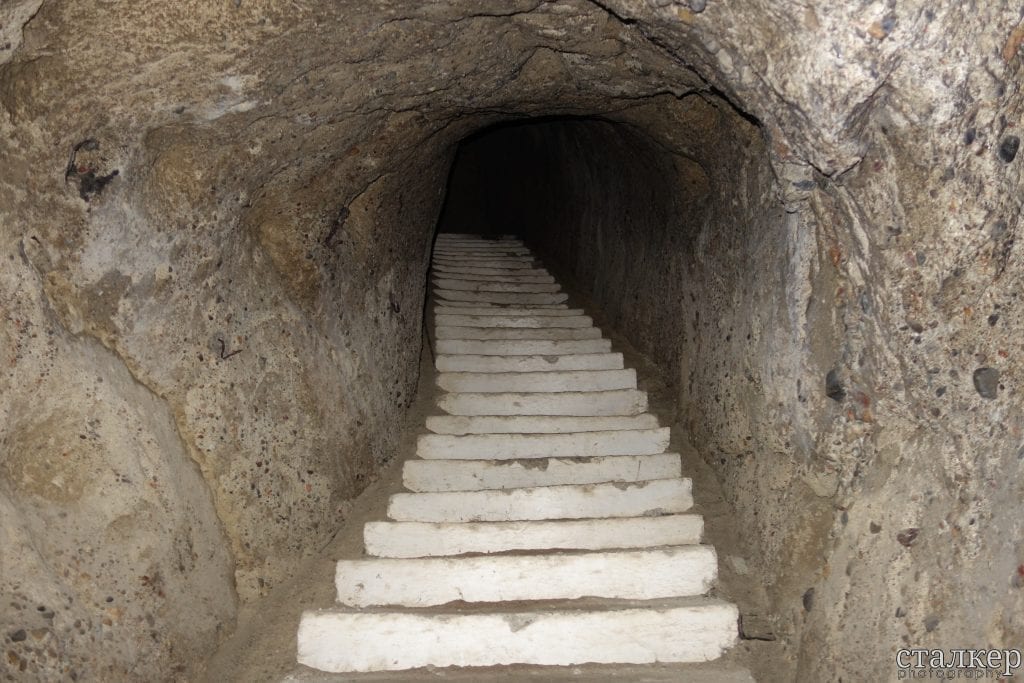 In fact, after 4 minutes we make the last step that leads us to another corridor. We follow it all to get to our first bunker. An empty room with only a small opening that left the space for the artillery to shoot against enemies .

From here we return to our steps to wander in the dark tunnels between the rock, regardless of bats flying above our heads. Blocking the passage inside a room is the carcass of a rotting dog. We turn the corner and here is the exit. Just outside, an inscription in red on white columns is reminiscent of Enver Hoxha. 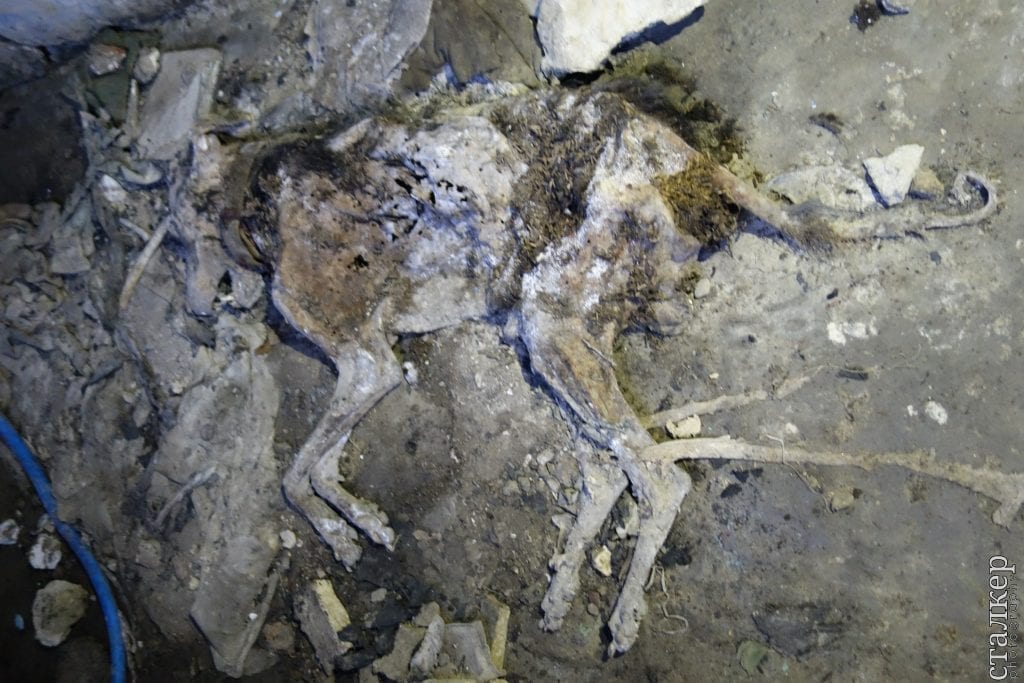 We leave at sunset looking for a new abandoned place, we just have time for dinner.