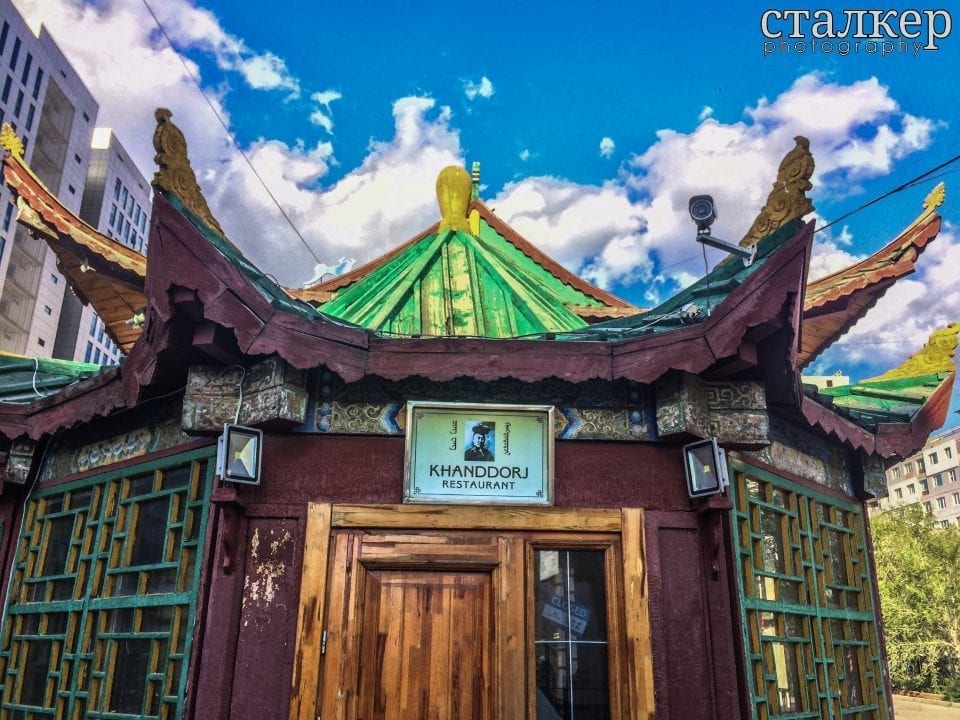 From developed South Korea we will fly to completely undeveloped Mongolia, where people still go to toilet to steppa and eat meat that they grow by themselves. Here in this country we spent 10 days, and among all abandoned places there we would like to tell more about one that touched us.

The abandoned restaurant is located not far from the central square of Ulaanbaatar. It is located on the Seoul Street (everything is interrelated, heh?). 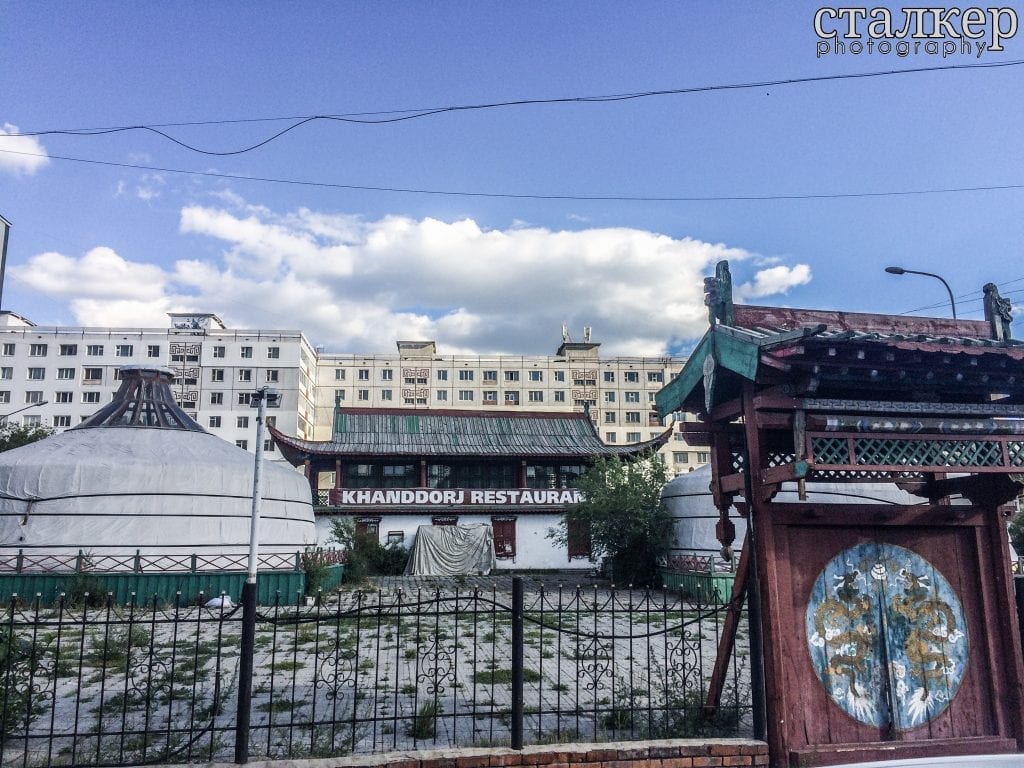 Khanddorj restaurant was used to be one of the most prestigious restaurants in the city (what means as well in the country overall). All top-politics and businessmen were eating quite often there.

And the suddenly in the beginning of 2018 the restaurant was closed. No one around could tell me why that happened. 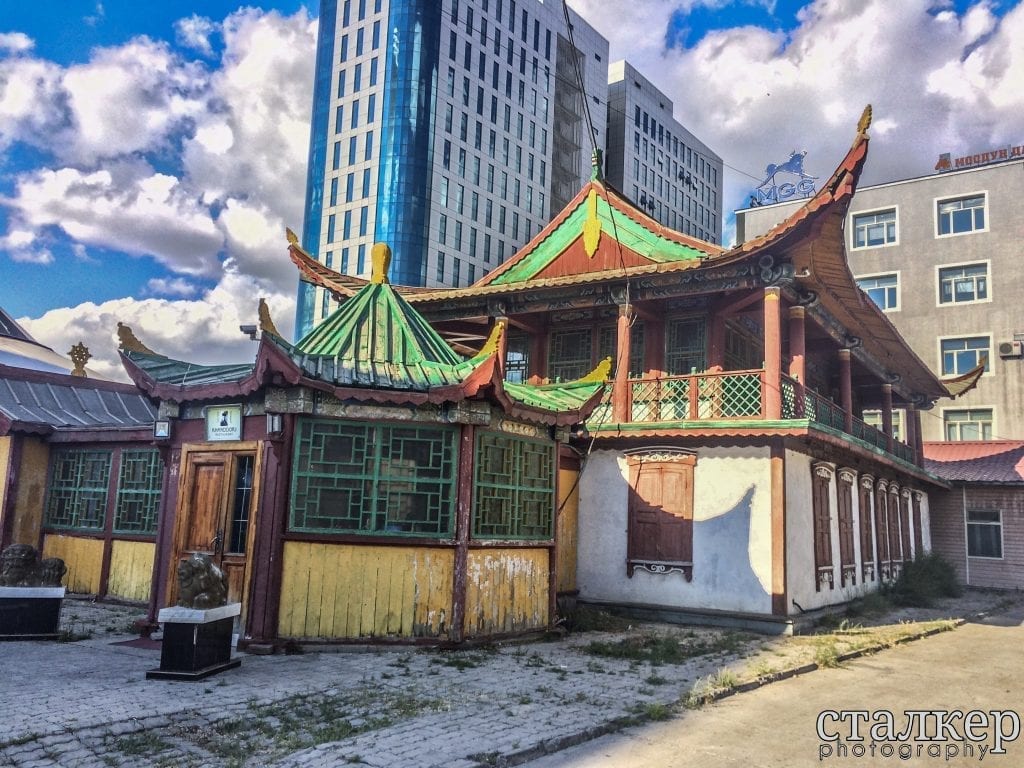 I walk towards a huge abandoned building that my host advised me before when small restaurant catches my attention and I stop.

-It is abandoned, I say to myself but not sure.

The parade door is old and it seems that no one opened it already for a long time. And doors of restaurant itself are as well closed even though it is an afternoon of a weekday.

I try to ask people around me if it is closed but no one understands me. So I go to the hotel nearby to ask questions. Finally there one man pronounces the cherished phrase…”abandoned”! So I happily return to the restaurant and start to climb over the fence when I see that there there is a car.

-Okay, I’m in Mongolia, they will never do anything bad for me, – I say to myself.

When I take photos from outside the building, there is a man who is probably the guardian who comes to me. He politely tries to explain that the place is abandoned and that I should leave.

I try to explain that I am a journalist and I write about abandoned places around the world, and that I must write about such beautiful place. Maybe at that moment I was so sad that he allowed me to come in. 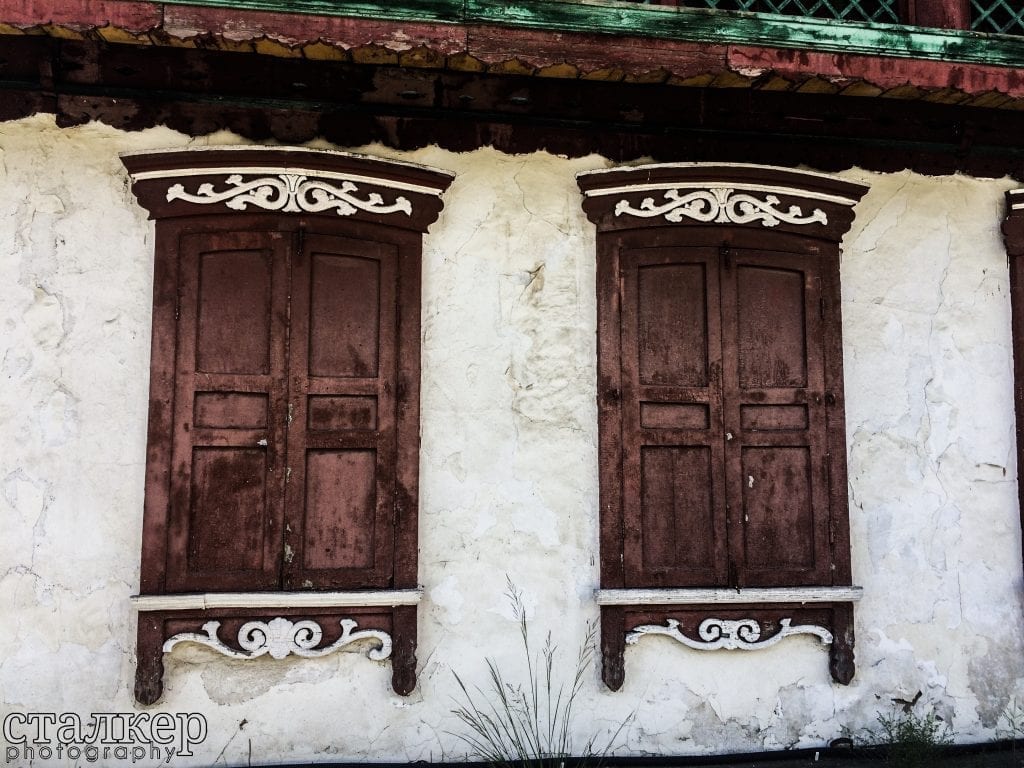 It was a huge restaurant made in a traditional Mongol way. Two main halls were made like yurtas – houses in which Mongol people live. 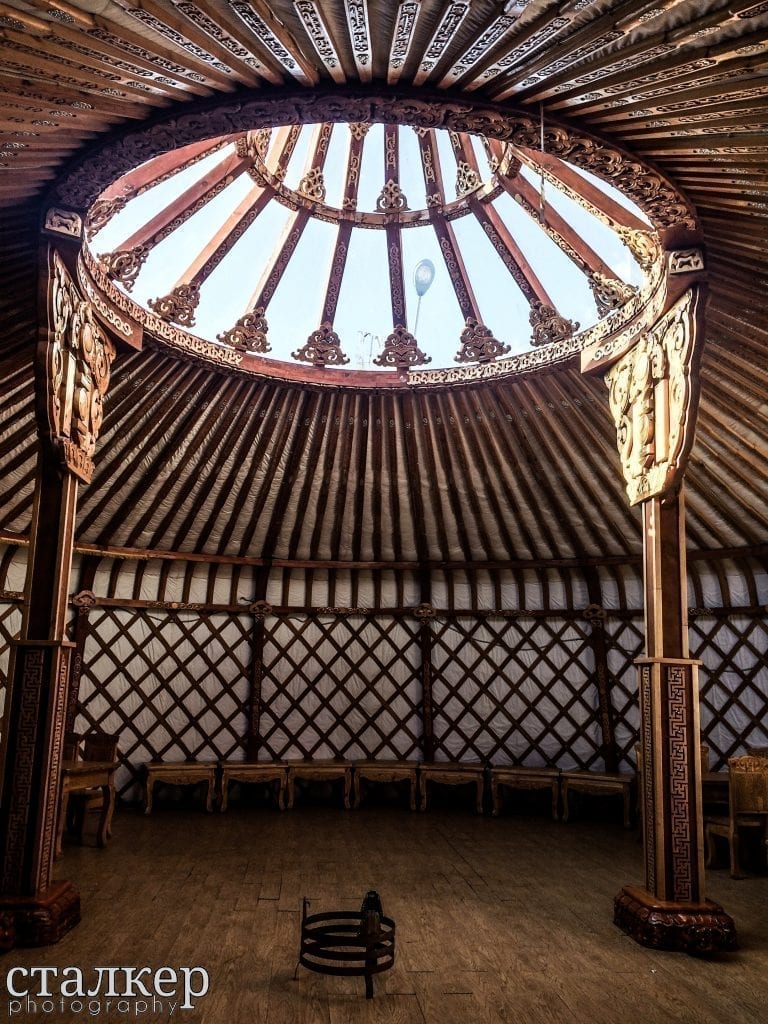 They were very bright and spacious. I couldn’t stop myself from taking photos there – but the guardian told me to be faster.

He was so much kind that took me on the second floor of the restaurant. There the small museum was located. 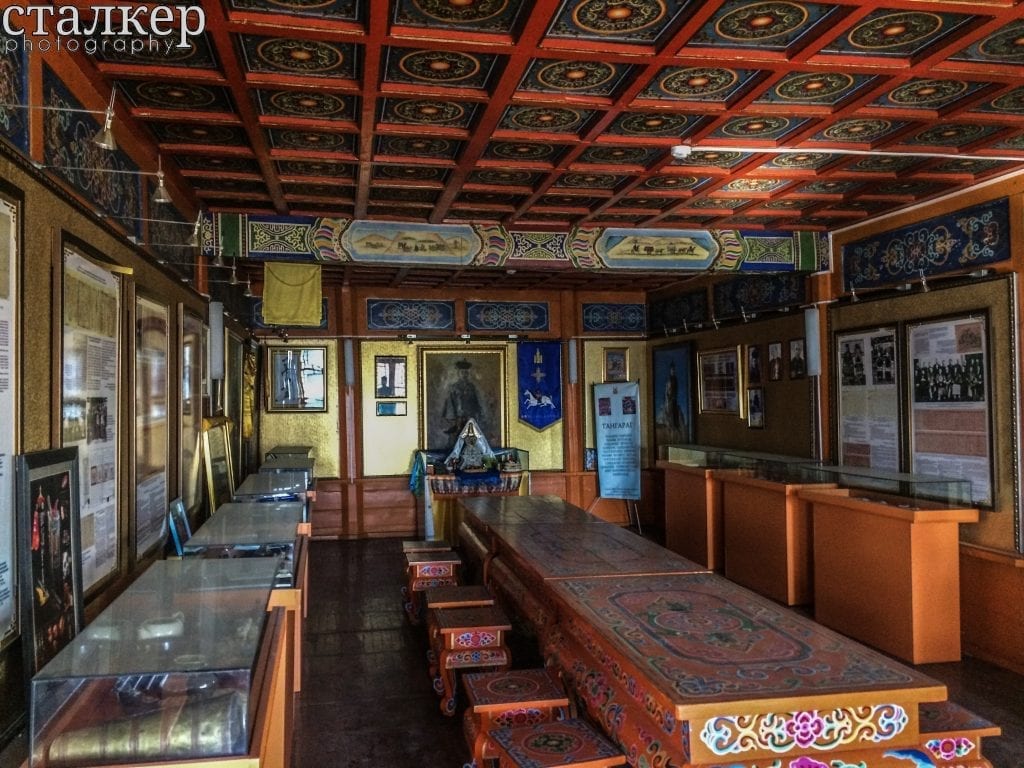 I couldn’t understand to what it was dedicated as everything was in Mongol language, but for sure to Mongol history. Everywhere was the portrait of the great Genghis Khan!

I was going out from the abandoned restaurant full of thoughts. 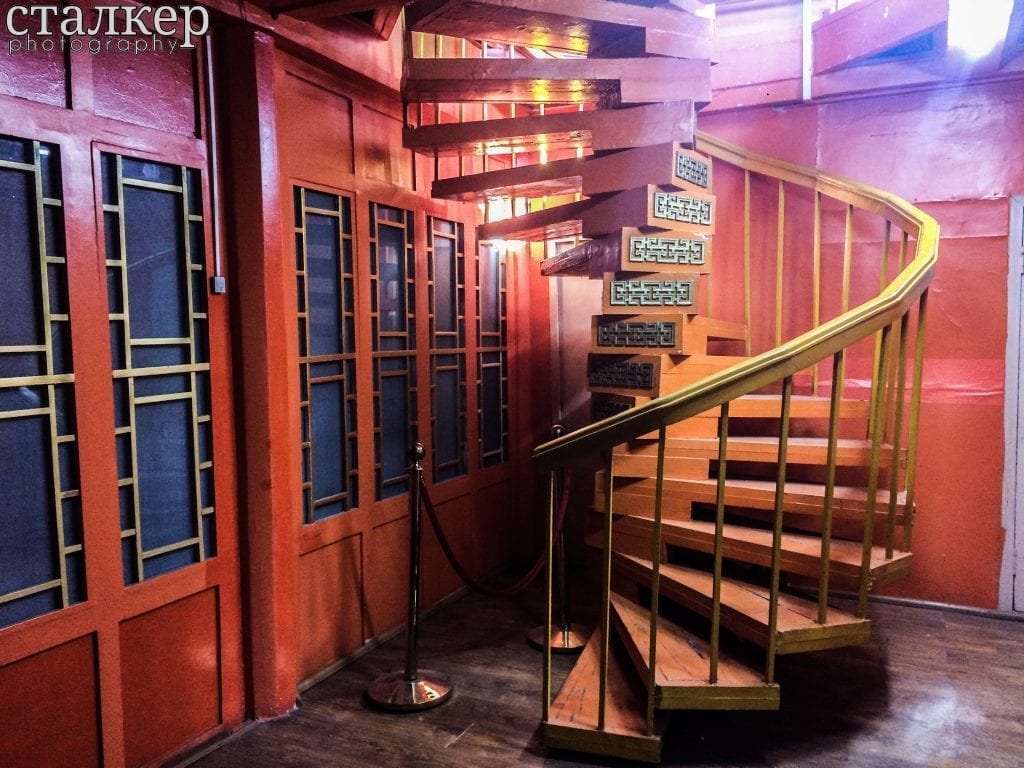 How it happened that it became forgotten by others? Maybe for reconstruction? But it doesn’t seem so. Maybe as always it was sold for debts or its owner became a bankrupt? Soon or later we will known the destiny of it, because for sure we want to return in this beautiful country Mongolia!