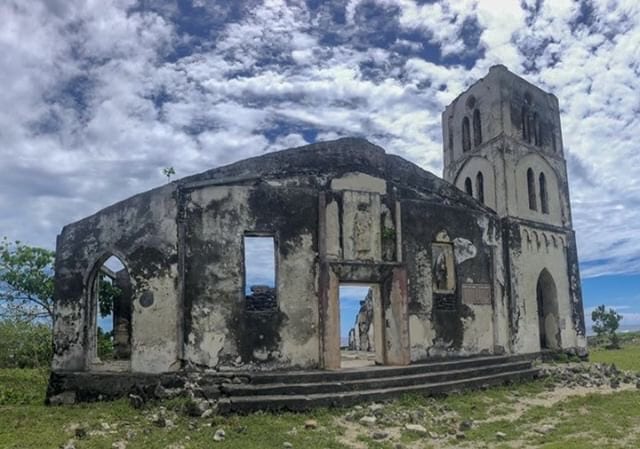 In 1990, Falealupo village was hit by the massive waves of Hurricane Ofa. The only remain and memories left to witness the past tragedy are the ruins of Falealupo catholic church.

The ruins of Falealupo catholic church are located in Savai’i, the largest Samoan island, at the northwest of the peninsula.
Quite tourist and historical place, you will not have any problem to reach either to visit it. 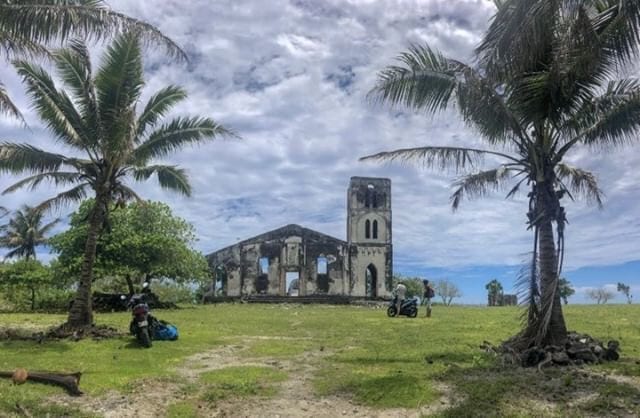 The church and the village were destroyed by the massive waves of the hurricane Ofa, Feb. 2 – 5, 1990.
‘Cyclone Ofa was considered to be the worst tropical cyclone to affect Polynesia since Severe Tropical Cyclone Bebe in 1972’. (Islands business, March 1990) ‘(Prasad, Rajendra 1990)
Storm tide from the cyclone which is the combined effect of storm surge and high tide caused havoc in several countries and was the major cause of destruction’.

Western Samoa was the country who has been the most damaged among all, with 130$ million of damage.

During and after the cyclone, the villagers swam from the village to the Falealupo primary school to the north and others moved inland, leaving the peninsula mostly deserted.

The Catholic church, however, remains standing, as monument to the courage and love to the people of Falealupo.
The population of Samoa is for 99% Christian according to the website of the Catholic Church in the independent state of Samoa.

Catholic missionaries arrived in Samoa in 1845 and today Catholics account for around 20% of the overall population. 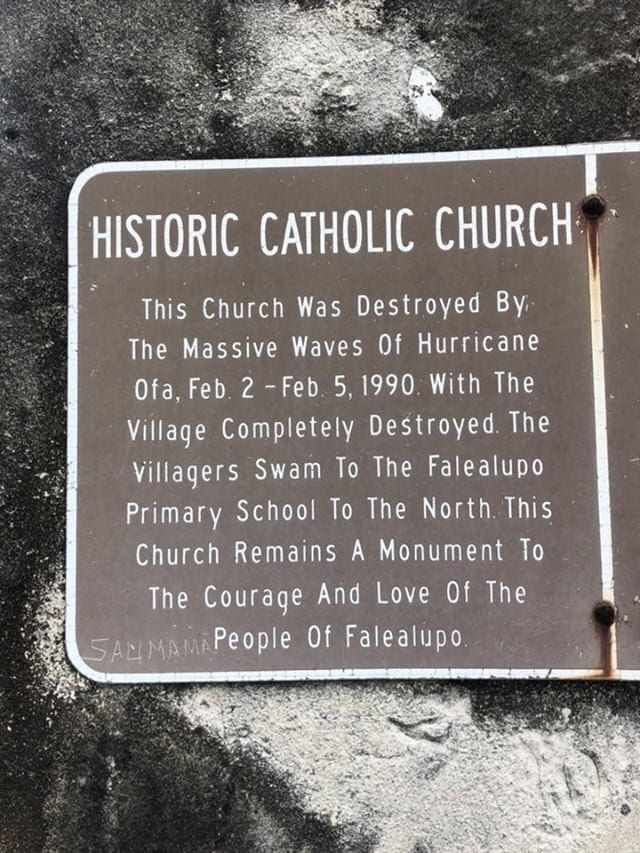 Arrived there, we take not much to visit this beautiful abandoned Catholic Church. On the midday sun which was hitting our heads, we lazily walk and wonder around the ruins. We step on the stone, and our imagination fly over the events and the natural disaster happened years ago:
The Rain, the storm, the hurricane, the screams and the fear. Totally the opposite of what we can see with our eyes right now.
We leave the place with a certainly melancholy pleasure.