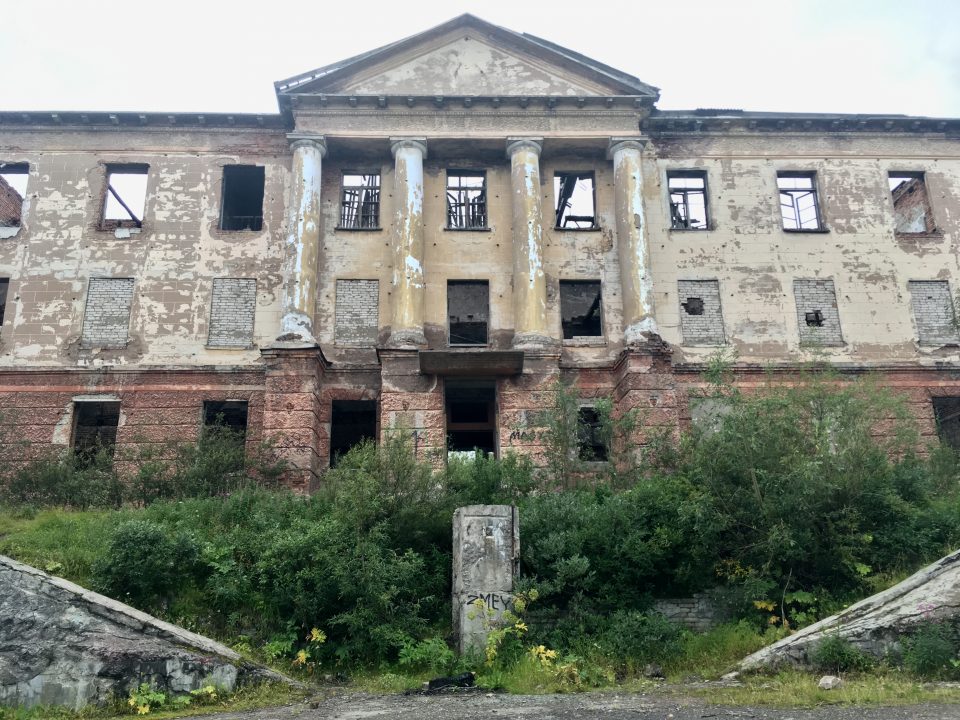 For several months I dreamed about visiting Vorkuta and seeing what it is like to live in the Arctic Circle, where you can’t get by car as there are no roads. And here I am, in the city of my dreams, which lives the same life as it did 50 years ago and is almost dead…

The abandoned village “Rudnik” is located almost in the center of Vorkuta, across the river from the residential complex. Getting here is easy enough, you just have to cross the shaky unstable bridge. 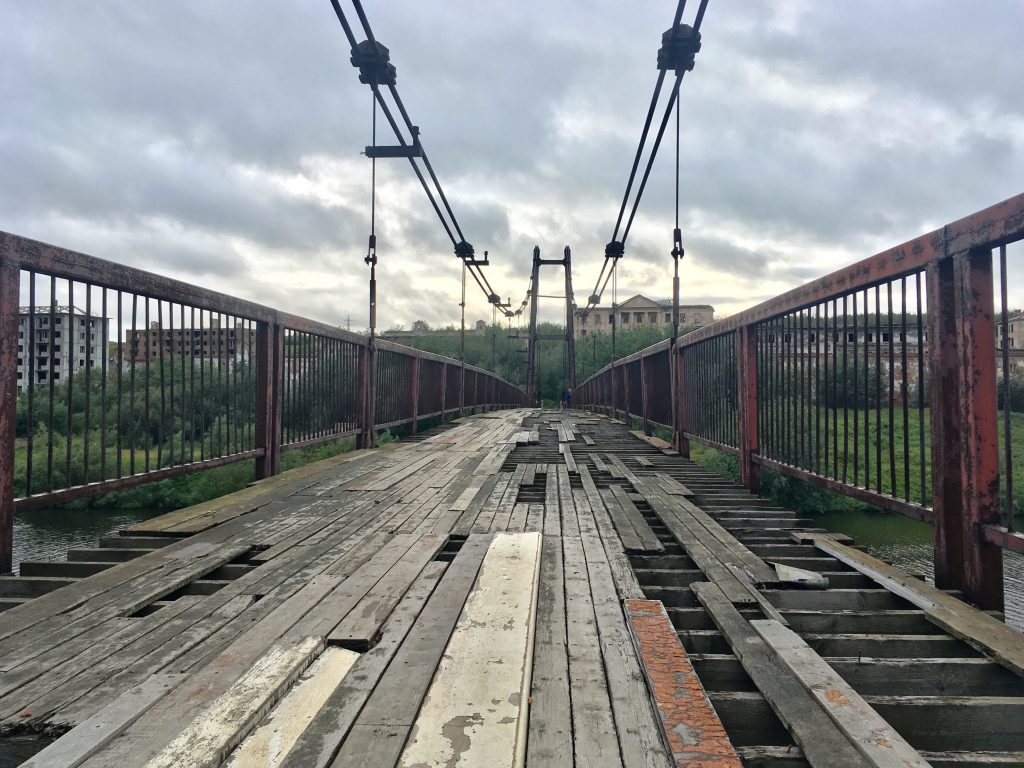 Rudnik appeared even earlier than Vorkuta, in 1930, as a labor camp. It was from here that Vorkutlag (=Gulag) began, through which more than 75 thousand prisoners from different countries passed. Already in 1932 there were approximately 1,200 prisoners and 9 security guards. The people who were driven here for mostly no reason.

Locals often call Vorkuta the “capital of the world” precisely for that fact that there used to be many different nations. Descendants of Latvians, Lithuanians, Estonians, Belarusians, Germans and Ukrainians live here up to this day.

For the most part, geologists lived in Rudnik and until the 1990s there was a Vorkuta geological expedition.

People began to be resettled on the “mainland” in the 90s. Finally, no one more lived in Rudnik by the beginning of the 2000s. At the same time, people moved to live only on the other side of the river, which is visible directly from the abandoned village. And now this neighborhood of the dead and the living is very striking and scary at the same time. 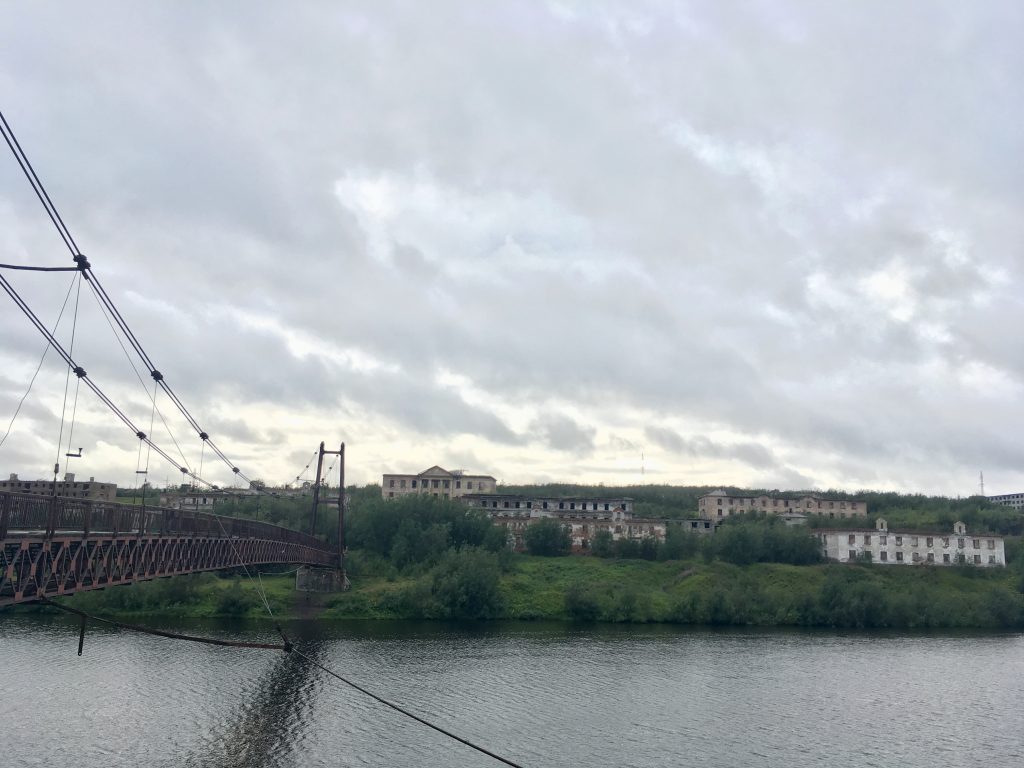 When I cautiously crossed the bridge over the river, on which it was easy to fail, just by stepping on the wrong board, on the other side I saw teenagers running. Apparently, for them – this is also the only place in the city where they can have fun.

All the houses in Rudnik are made from stone, the windows are knocked out and there is not the slightest reminder of what this place was before. 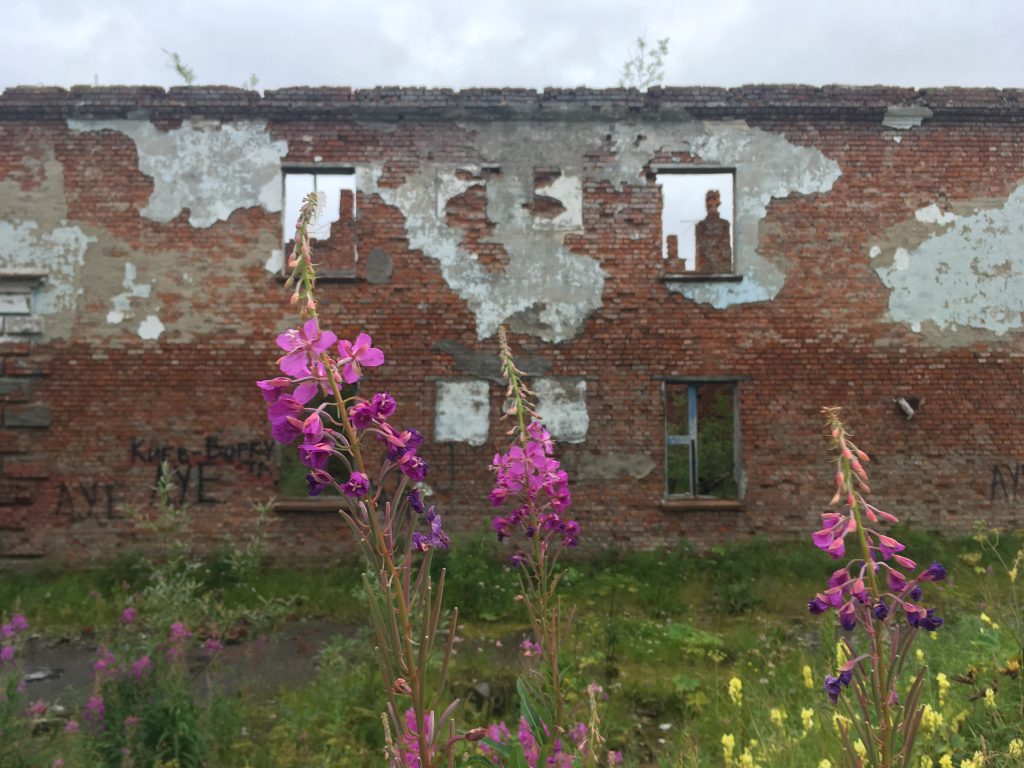 Only one building stands out, which resembles the House of Culture, but in fact is the former Vorkuta geophysical department. Outside, it is more or less preserved in its original form.

Some of the buildings have already been demolished. Somewhere in the distance I hear the hum of machines that are working to destroy the remaining houses. Maybe in one year there will be no more Rudnik as Russian government works really hard to destroy all the memory about “not good soviet past”.

And on the other side of the river is a monument to the victims of political repression. Let’s hope at least it will remain as the only memory for what happened here. 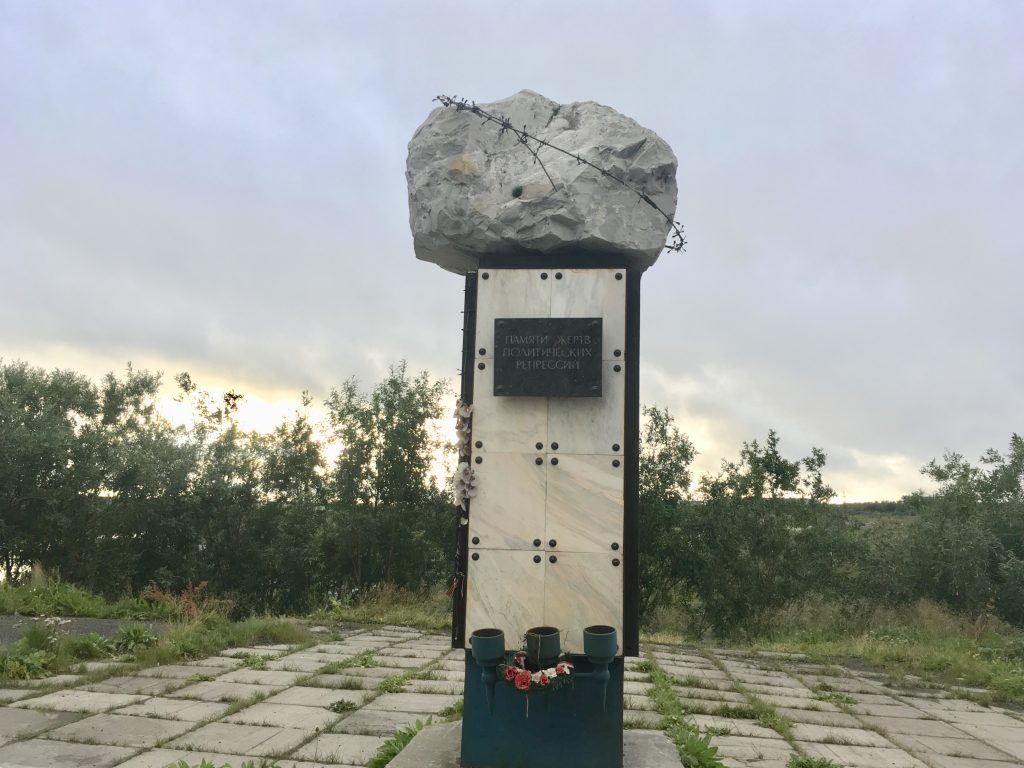