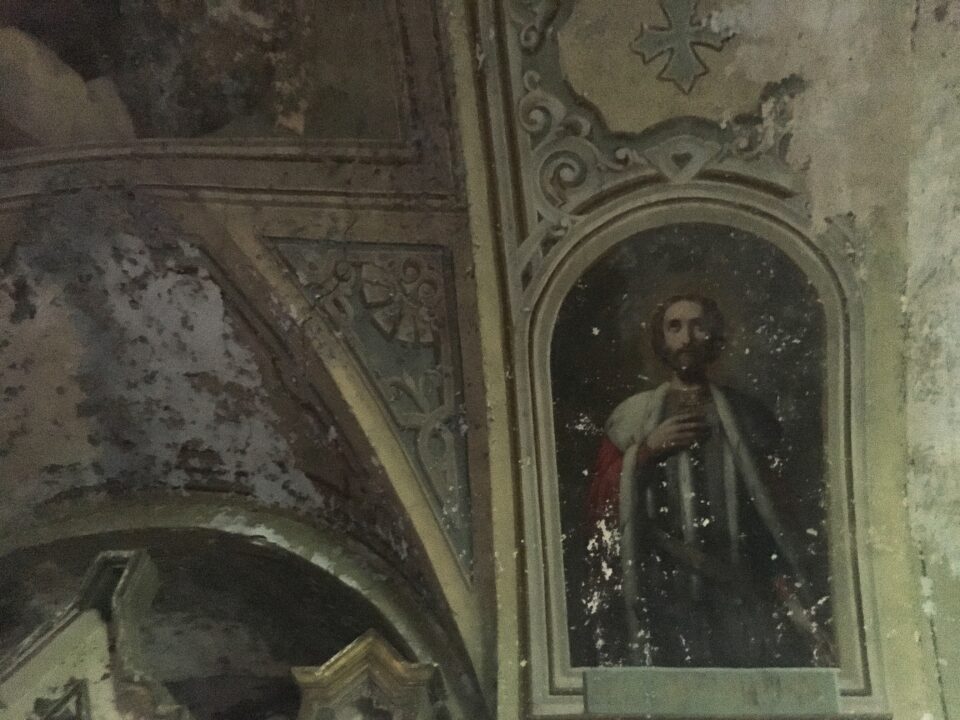 What is more miraculous for you the place itself or the road to it? You can never know if the place will still be there when you arrive, how will be the road and what expects you there? This our trip was as well completely unpredictable…

I was planning at the beginning to see maybe ten abandoned churches in Tver region in Russia. Maybe more… My navigator was promising that I would be able to do that. Though yes the road just to one church took eight hours so we decided to finish here. Though I really-really hope that I will continue my exploration soon!

Church of the Savior of the Miraculous Image is located in the village Spasskoye Stelkovo. It is completely impossible to reach it in another way then in the personal car. The road is completely dead, and last its part we needed to go directly on the field. Luckily we have Niva – the monster, which can go anywhere.

The Church was built in 1779. Comparing to another churches this one is quite huge. This is due to the fact that Stelkovo used to be a large village, and the parish also included nearby villages. 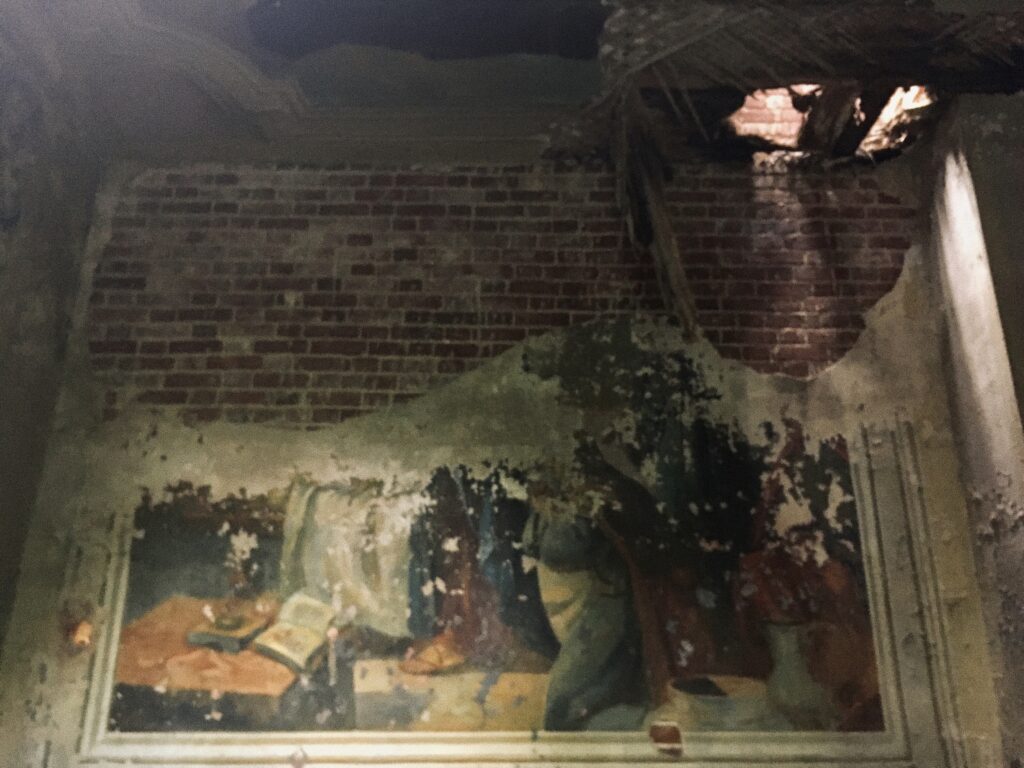 In the second half of the 19th century, the refectory and the chapel were expanded, although the church lost almost all of its original Baroque decor. At the beginning of the 20th century, a bell tower was built and murals appeared.

There were four thrones in the church: in the cold church – the Savior of the Miraculous Image and the holy martyrs Boris and Gleb, and in the warm – St. Alexander Nevsky and St. Nicholas. 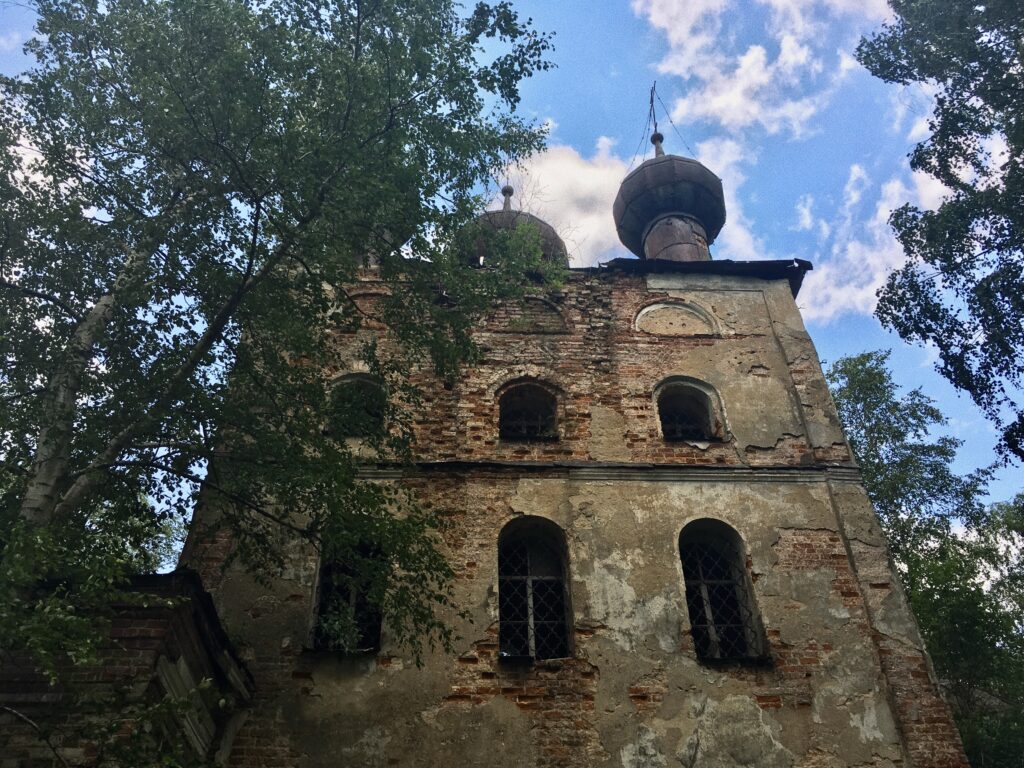 It operated until 1970. In 1975 property was partially exported to the Kazan Church in the village of the Red Kalyazinsky District, and the temple was closed. Due to the relatively late closure, the murals are pretty well preserved in the temple. They all belong to the beginning of the XX century, and are made in the “Vasnetsov” style. Of course they darkened, crumbled in places, but the impression is indelible. Such a good condition of frescoes in abandoned temples is a rarity! In addition to the frescoes, wooden trim details and carved partitions are preserved, which is even less common. Due to this, the temple makes an impression both outside and inside.