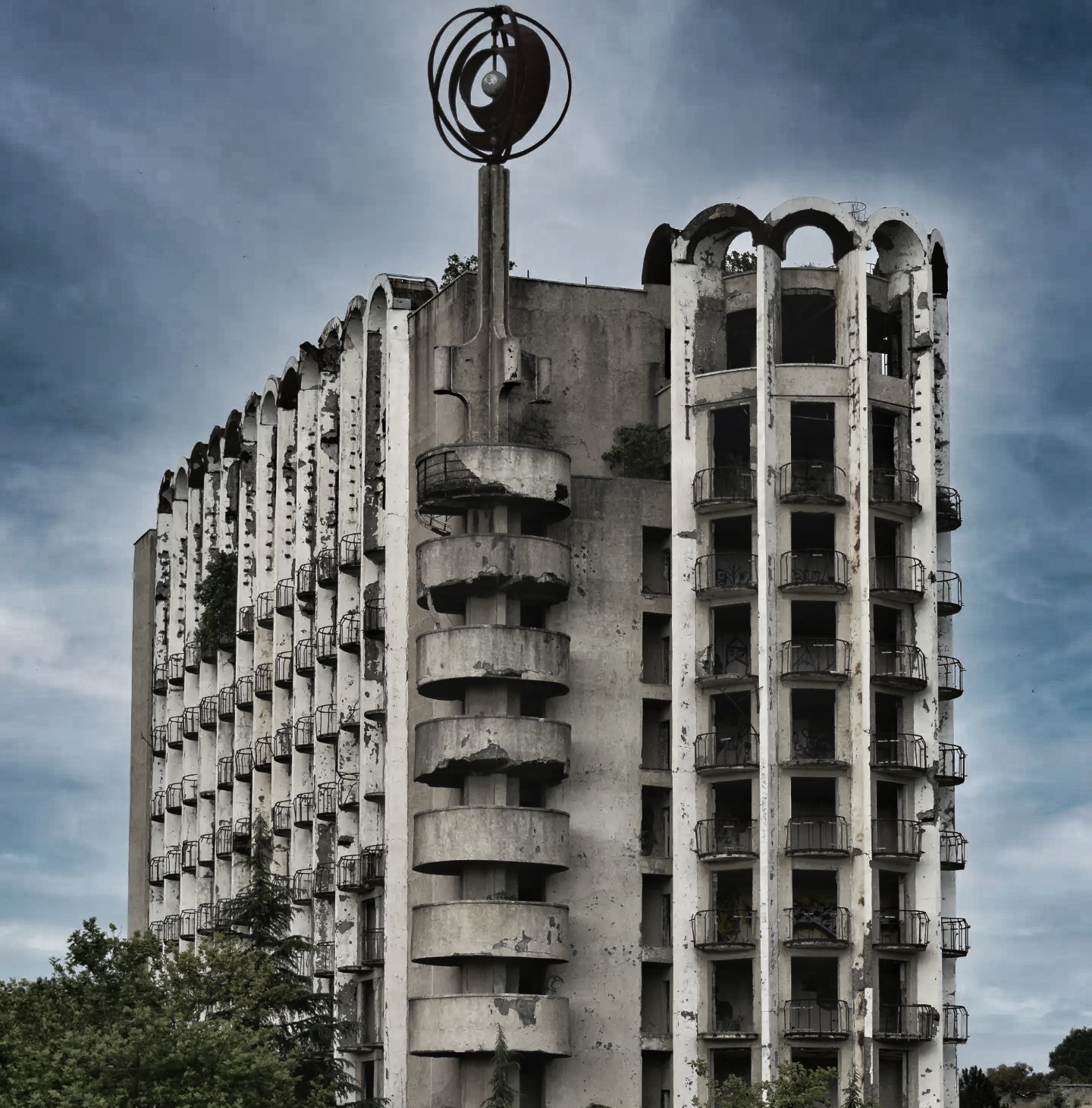 The central USSR Olympic base in the village of Nizhnyaya Eshera in the Sukhumi district was built in the 1960s.
In Soviet times, champions for the Olympic Games were prepared in Eshera and regional competitions were held, attracting athletes from all over the USSR. The venue even hosted a meeting of the International Olympic Committee (IOC) based in Switzerland.

Many of the athletes who took part in the Games of the 22nd Olympiad came from the Central Olympic Base of the USSR. There were training grounds for 40 different types of sporting competitions including four football pitches, a gymnasium, basketball courts, running tracks, a 50-metre Olympic swimming pool and accommodation for athletes.

The building was damaged in the Georgian-Abkhazian conflict of 1992-1993. What remains now is a series of empty skeletons: the main structure with its characteristic spiral tower, swimming pool, restaurant and gymnasium.

Currently, the sports centre and the land on which it stands belong to the Abkhazia government. The possibility of transforming it again with the help of Russian funding into a first-class sports facility has been discussed for almost a decade, but so far nothing has materialised.

Thanks to Polina for sharing her photos with us!