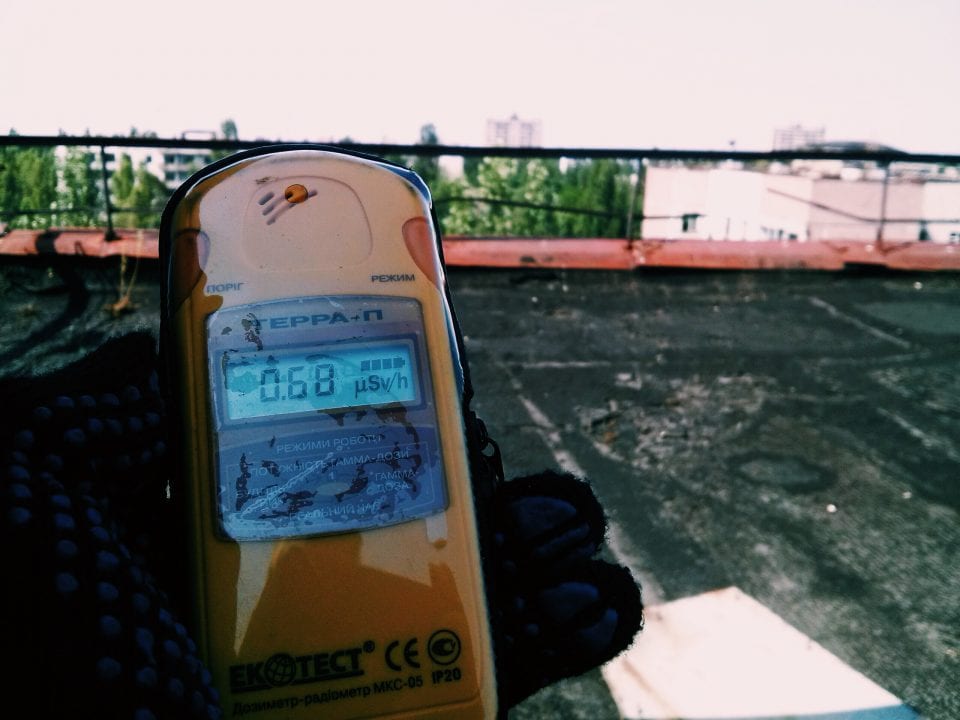 Penetrating into the exclusion zone of Chernobyl in an illegal way is the cherished dream of many stalkers. This could be called one of the most amazing things in the life. But is it so cool? Is there a threat of radiation? And how is the zone after 30 years? Let’s find out the answers to these questions together with two stalkers who have been there.

-Tell us in general about your trip: how long was it? Which places were you able to visit? And how does Chernobyl look?

Artyom: I have been to Chernobyl many times, even once in a legal way, with the tour. Official tours are usually a short bus ride, where you are not allowed to do anything, just to take pictures and then go away. Going without any permission is the complete opposite, you can do whatever you want and see how much you want. We can say that the difference between the legal and illegal way is like watching pictures from Paris and going there for a week: these things just cannot be compared.

In general, Chernobyl is like a big national park. Except small foci of radiation, it is even cleaner there than Kiev. For nature, our nuclear catastrophe was just a sneeze.

Vladimir: Firstly, I went to Chernobyl illegally, and then decided to see what I have missed, and went there inside the tour group. Our illegal trip lasted four days. Due to poor planning, our way there took two days, and we returned back just by one night.

We visited the river Pripyat, the swimming pool “Lazurniy”, amusement park, and went up to the tallest building in Pripyat.

-Why did you want to go to Chernobyl?

A: Motivation is obvious, who doesn’t want to see what is the Earth like when all humans disappear?

-Where did you search for information about how to get inside?

V: Generally, I plotted a route on Google maps, because other maps are very inaccurate. On Google maps you can see real terrains and real objects. I also read some forums but there is written too little. In fact, people don’t like to talk about that, or they are saying really little.

-How much difficult was to penetrate the zone, from one to ten?

V: It is not difficult at all. It is just a matter of luck if they catch you or not. The difficultness is in that you need to overcome the long road with a big bag pack on you. In a moral sense, it is also very difficult because you must always be ready to fall and hide if someone comes.

A: On the Internet you can find some maps of patrol posts, the main thing is not to go near them. If you have this information, then it is very easy. You just need to look right and left, and see if there is no patrol. If not – you can crawl under the barbed wire (that could be already cut by caring stalkers). In general, if you are aware of the situation, then it is easy 2 from 10. If you don’t understand what’s going on, then of course difficultness is significantly higher.

-What would happen if you were caught?

V: We met with the guardians on the second day of our journey. We heard them too late when their car was already near.

At that moment we started to run back, jump to the ditch, but they have already stopped and it was obvious that they have already seen us. All of a sudden, they stood for a while near the road and then after two minutes went away. It was really funny and scary.

A: We have met with the guardians almost when we were going out from the zone. It was like this: patrolmen were riding horses to their posts, when they accidentally noticed us.

As a result, they formatted the flash drive on the camera of my friend: standard procedure.

-If you suddenly needed urgent medical help, how could you get it?

A: It’s better not to get hurt. If you are lucky and there will be some mobile network, you can call the patrol and describe the situation, then you will be detained and taken to the hospital in Chernobyl. But there is usually no network there, so you’ll have to remember the place, leave the person alone there and go to the patrol for help (for this you need already mentioned map of posts).

-Isn’t it scary to go to Chernobyl, because there is still radiation there?

A: Without dosimeters, only self-destroyers go there. Radiation cannot be felt, even when the excess of the norm increases in tens of thousands of times.

But in general this happens very rarely, and in five minutes you can score the same amount of radiation as in two-hour flight on the plane, that is completely nothing. But if you suddenly find yourself being “especially lucky” and decide to spend a couple of nights in such a radiation hearth, then the chance to catch liver cancer will greatly increase.

V: I took with me a dosimeter. I can say that in the city all the roads are cleaned. You can walk on roads and in buildings without any problems. The only thing is the ten-kilometer zone, where you don’t need to go far into the forest. When once we again thought that the patrol is coming, we decided to go into the forest and lie down a little bit there. But the radiation there was quite high.

In general, it is better not to spend nights in the forests. We by ourselves spent the night in the apartment. It is very difficult to find the place with the bed or some furniture, where you can lay, because everything was thrown out from the windows when leaving.

-What did you take with you?

V: We took everything at a minimum: some food for few days, like conserves, biscuits, condensed milk. The biggest problem was with water. We took it just…for two days. As a result, we had enough for only one way.

Then we had just two options – to die from of thirst or to go to the river Pripyat and filter the water there. We made a filter out of the bottles, and in the end we filtered six liters of water.

Because of this we have spent half of a day on the river and therefore we only had one evening to see the city.

-Did you take any souvenirs from Chernobyl?

A: Souvenirs cannot be taken. This is a very tough condition. If you are caught just being in the zone, then you will be taken to the cordon, they will write out a fine for violation of radiation safety conditions and release. If you have something with you, then this is a criminal offense, the patrols can write you whatever, from contraband to marauding.

Photos from the personal archives of Artyom and Vladimir.