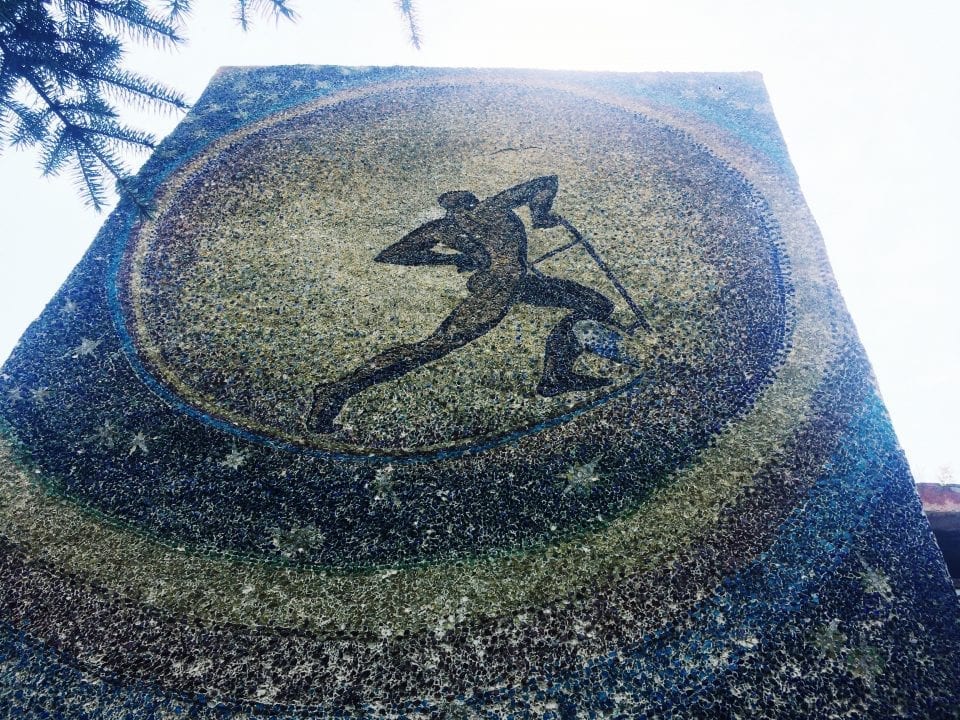 Who could ever imagine, that the place that once established the man who made the first flight into space, Yuri Gagarin, will be abandoned? But the more we write about the abandoned places, the more we understand: nothing is impossible, everything can be abandoned, even once the best restaurant in Armenia, or the best hotels in Italy.

The Youth Center named after Yu. A. Gagarin is located in the city of Chisinau, the capital of Moldova. You can reach it by foot from the city center. The landmark is the Rose Park, near which the center was built.

From the youth center to date, in addition to walls and several mosaics, only history remains, which is amazing and truly interesting.

The center was built in the early 1970s and opened in 1972. The money for the building was earned by Komsomol members on subbotniks and voskresniks ( days of volunteer unpaid work on weekends following the October Revolution) in 1967-1972.

The first stone in the foundation of the youth center was laid by Yuri Gagarin, who stayed in Chisinau on October 8-10, 1966. Hence the name of the center.

In times of the Soviet Union, the center was a place for leisure and various activities for young people of Chisinau. It had a hall for 800 seats for social and political events, a concert hall for 400 seats, a ballet and sport halls, rooms for the work of creative teams. Also in the center there was a Komsomol school and 8 youth collectives of arts, amateur performances, clubs and associations. The center had a library with an archive of 12 thousand books, an exhibition hall, a disco, the hotel “Trandafir”, the restaurant “Rose Valley”, and a cafe-bar.

The youth center often held large events. For example, there were famous Soviet games of funny and clever people, calledKVN; here bards sang from the society of the author’s song “Comrade Guitar”.

In the restaurant, students and schoolchildren liked to celebrate their graduation (as well as the finishing of the exams!). Eyewitnesses say that the prices in the restaurant were modest enough, so even “poor” students could afford to have a lunch at this place.

It all ended with the collapse of the Soviet Union. In 1991, after the Komsomol ceased to exist, the building of the center was privatized. There was a disco MALS (a sign with the name still hangs above the entrance). The building hosted concerts and fashion shows. Also on Thursdays in the lobby there was the market of musical instruments.

They say that the discotheques in this building were the most popular in the entire capital. The entrance cost just one ruble. However, discos at that time closed pretty early: at 23.00, maximum – at 23.30.

All this continued until about 2000, when the owner of the building changed again. He closed the institution and since then the building is idle by itself. There were no plans announced to restore the center.