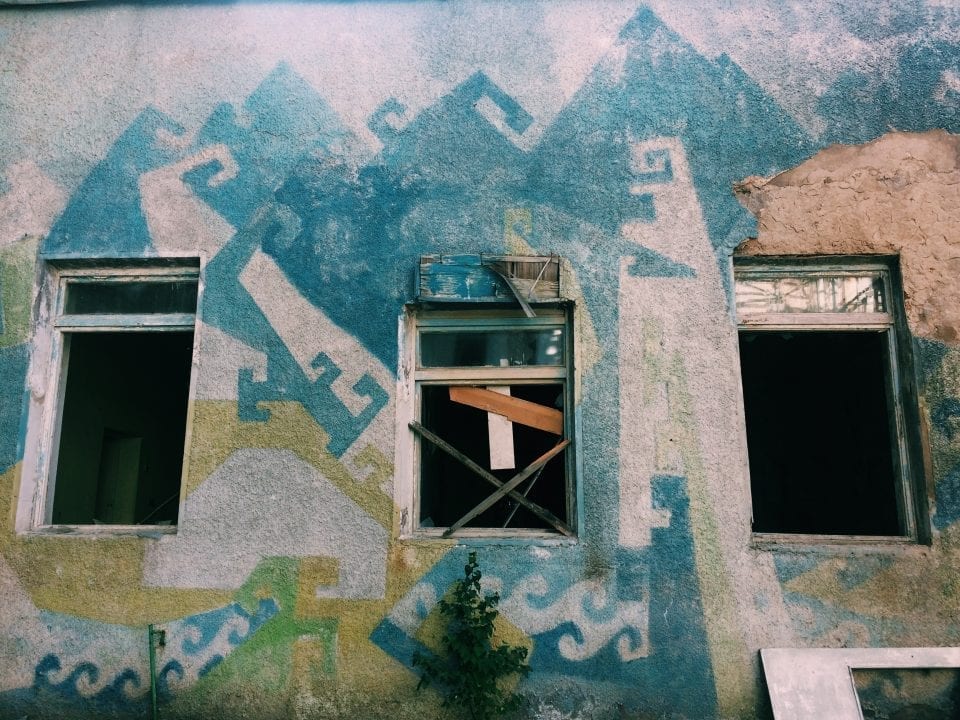 For many of us, abandoned places are something of frightening, connected with terrible secrets, and of course ghosts… Many people visit these places to experience this “scary”, and get a dose of adrenaline.

When I came inside the hospital of veterans of the Great Patriotic War in Almaty, I  met such “hunters” for ghosts.

The hospital itself has nothing interesting, except for three abandoned floors, plaques reminding us that we are in the hospital, scattered cones, patient diagnoses. Everywhere you can feel the Soviet atmosphere… The place, like any Soviet abandoned building, is completely destroyed, the windows are broken, the walls are painted with graffiti.

The hospital itself is interesting for its long history. It was opened in 1967 for the treatment and rehabilitation of veterans of the Great Patriotic War. Later, its patients were participants in the war in Afghanistan, the liquidators of the Chernobyl nuclear power plant accident and those who suffered from nuclear tests at the Semipalatinsk test site (Kazakhstan).

More than five hundred veterans annually were treated in this hospital, when in 2010 after the earthquake the building was recognized as emergency and closed, promising to reconstruct it.

More than seven years have passed, but the plans have never been implemented.

The territory is guarded by armed men, but it is easy to agree with them to let you in.

“My” ghost hunters left the hospital a bit disappointed, but at the same time inspired, because they managed to negotiate with the guards to visit this place at night (when it is much more excited, yeah!).

The hospital is located near the popular high-mountain skating rink Medeo. You can get there by bus 5a, stop “Hospital”.