Probably you have never been in the prison (and “thanks God”, will you say …)? Actually, I had such a strange dream and it was realized even twice during my travel around Estonia.

-Come to Tallinn and I will show you a Soviet abandoned prison near the city.

This was a message that I got from my host on couchsurfing (you see, people know how to catch my attention).

The words “underwater”, “Soviet”, “abandoned” and “prison” were already enough for me to fall in love with this place, without even seeing it. Therefore, already next morning after my arrival in Tallinn, I went to the prison, which is located 60 km from the capital in the city of Rummu. 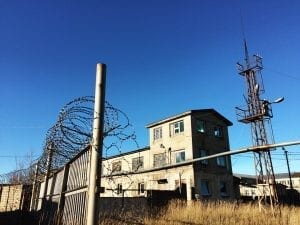 My host told me in advance that it is possible to get inside by walking around a bit. Indeed, around the prison there is a large fence and it itself is incredibly large, but bypassing it from the rear, you can see a hole in the fence, where I slipped through.

The first thing that meets you when you are in is a sand pit – a place of incredible beauty. The deposits of the Vazalem limestone resembling marble were found in this place about 700 years ago. From it, they began to make gravestones and crosses, and also to build monasteries and churches. But soon Estonia needed more marble and therefore the industrial extraction of limestone begins.

In 1930, a prison was built here to use prisoners as labor. In prison from 1930 to 1991 were sentenced at one time seven thousand criminals. They worked 12 hours a day. All prisoners were taught the necessary specialty, and work in prison was compulsory for all.

In the prison there were branches of several factories, and even the orders of the Ministry of Defense were fulfilled. After the collapse of the Soviet Union, factories closed their branches, so prison production collapsed. Three pumping stations were disconnected, and the quarry was completely flooded within a few days. Part of the prison was not flooded and remained working until 2012.

At the bottom of the quarry there remained equipment, like excavators and tractors, and tools. Also under the water there were many buildings: workshops, tool kits, and still growing trees along the banks of the quarry.

The emerged groundwater under the influence of limestone became turquoise, so the local called the appeared lake “Blue Lagoon”. People around loved to swim in it, and excursions to the bottom of the lake became extremely popular here. By swimming and jumping from the buildings, people did not notice the iron structures hidden under the water, so in this place were often lethal cases. Soon the owner of the prison was tired of this and he decided to fence this place.

In addition to the part of the quarry and the workplace, barracks for prisoners, as well as several zones – 1,2,3 (according to the severity of the crimes) remained on the territory of the abandoned prison. You can get there again by going out of the quarry and jumping the fence on the other side of the prison. A lot of local people pass by, but it seems that no one cares about some “unexpected” visitors of this prison.

Inside the barracks there is nothing interesting, besides the usual abandoned, broken buildings. The guard at the entrance was not found, but inside the “zone” there was a new car belonging probably to the owner of the building. When I left the grounds, I heard the dog barking, but I did not see it.

About this prison there were many different gossips. They said that getting into Rummu is the same as going to hell. After the prison was closed, they began to talk about it as the most terrible prison in Estonia. Once a year there was at least one corpse. The prisoners even once declared a strike against cruel treatment. The authorities had to invite to calm down prisoners one of the famous Russian king of chanson, Mikhail Krug.

I had a lot of strange emotions after exploring the territory of the prison. On the one hand this place is of incredible beauty, on the other hand – sad history and the purpose itself of this place do not allow you to enjoy being there. But in any case, to visit this place is worth. Everyone, who comes to see Tallinn, and wants to see something more than usual tourist attractions, should come here and see the real history of Estonia and Soviet Union. 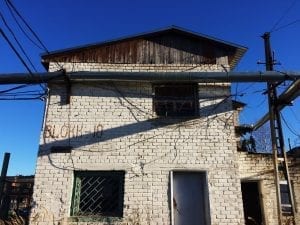 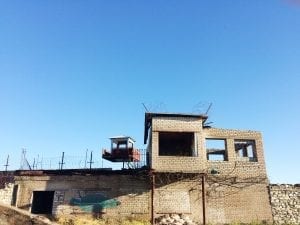 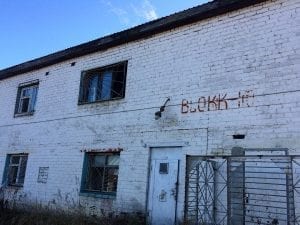 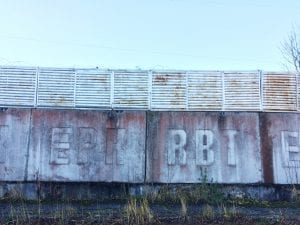