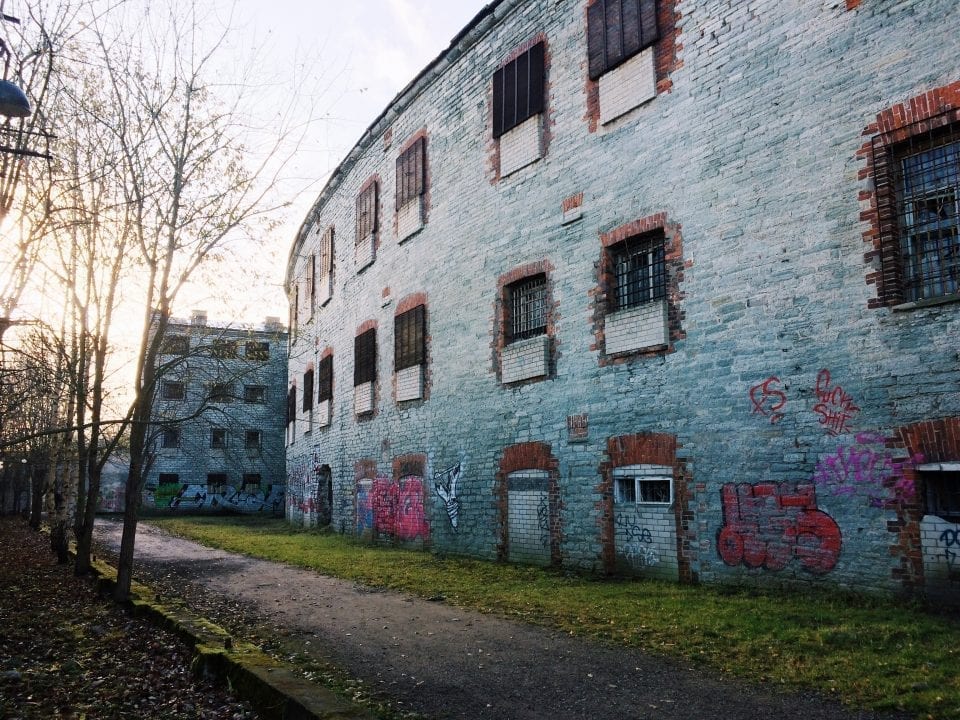 It was late evening when I finally reached Tallinn after visiting an abandoned underwater prison 60 km from the city. It was dark, but I still decided to see this prison… I took the companion with me, who was living in Tallinn for a long time but still never heard about this place, and here we are.

We didn’t expect completely anything from this place, but when we came, it surprised us! Just imagine…read moon, sea, and the huge real prison with gratings on windows…

There was completely no way that we could get inside (as well as several years before there was no way for prisoners to get out from this place…). But the place was still absolutely amazing and atmospheric, I enjoyed a lot staying near and imagining things that were happening here before…

The Battery prison was built firstly as a fortresses in 1828 by order of Nicholas I. In 1840 the fortress was ready as a cannon battery, but it never participated in the war, only fired for 2 times English ships just to show its presence. 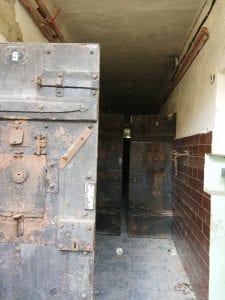 During the Second World War, 207 Jews were shot in the basement of the prison. Today, a monument to the victims of the Holocaust has been opened here.

In 1980, an Olympic regatta was held in Tallinn and windows of prisoners were boarded up so that they could not shout anything to foreign ships. Time passed, and some windows remained nailed up. 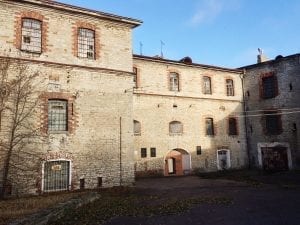 In 2002, the prison was closed, because a modern Tartu prison was built.

Already after the closure of the prison, its owner thought to turn this place into an entertainment complex, restore the fortress, organize events, exhibitions, concerts. He wanted to change the essence of this place: from the symbol of repression to a place where you can spend hours of leisure.

As a result, in 2007, the Cultural Park was opened, and in half of the prison’s territory a museum was created. For visitors, the option “prison-adventure” was available: preparation for content in the punishment cell (fingerprinting, photographing) and “tasting” prison food.

In 2008, foreign investors wanted to buy the building, but the cost of reconstruction scared off all buyers. You can buy a prison today for 30 million euros, but its repair will cost at least a billion.

To date, it is impossible to enter the prison building: the museum is closed. The prison’s website says that it is under reconstruction, despite the fact that we did not notice any repairs in the prison.

So just from outside and some broken windows you can see what is inside….

Before 2017 just the half of the prison was opened for visitors as the tourists. But we found a reportage of those tourists who have seen the rest of the prison thanks to the former warder of the prison. Read it here how it was and what they have seen (in Russian)! 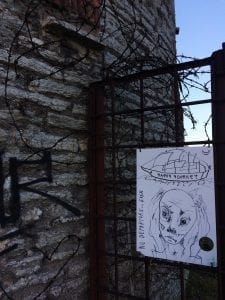