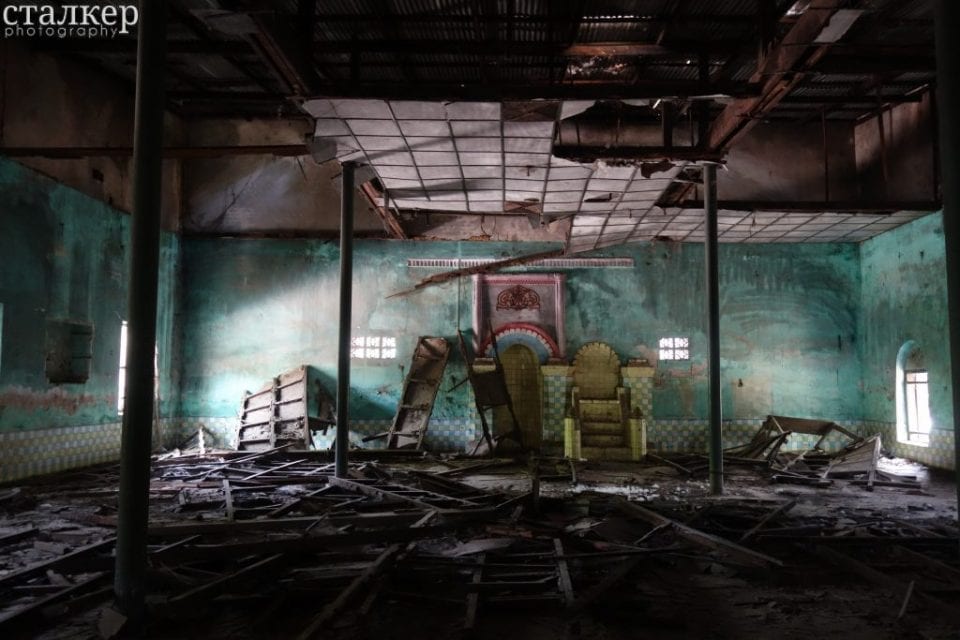 We arrive in Taungoo at 3am, we are tired and broken when we start to search a place to set the tent. Suddenly through the darkness we see some monks passing by. We hope they can let us sleep in the temple but instead they take us to the hotel. While reaching it we see something that catches our sight and we decide to return here later…

We find these abandoned mosques in the city center. It’s easy to get inside even though people around will say that you can’t enter it. We didn’t listen them and just jumped the fence over. 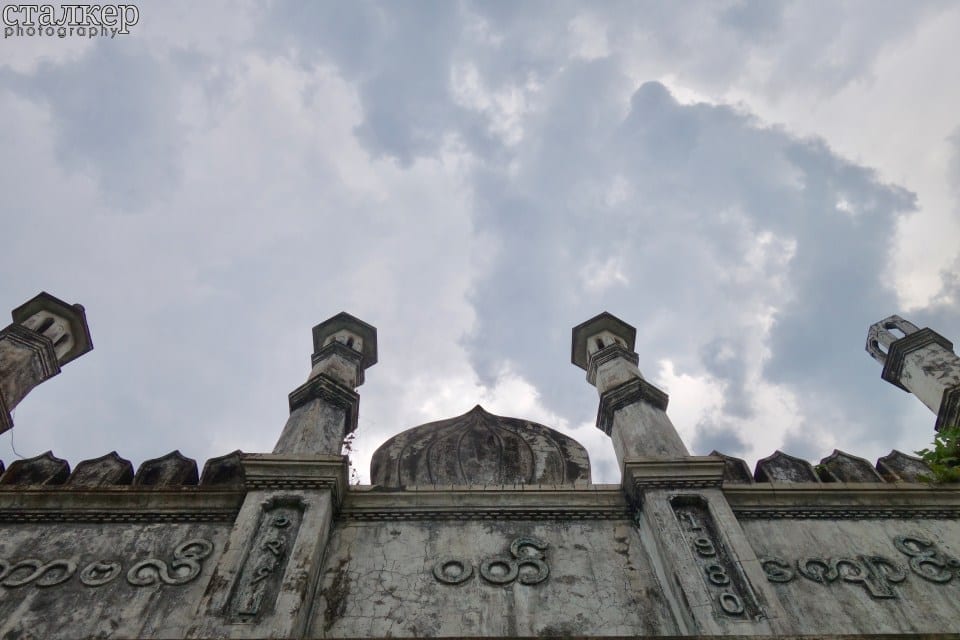 People told us that two mosques became abandoned 20 years ago, in 2005. 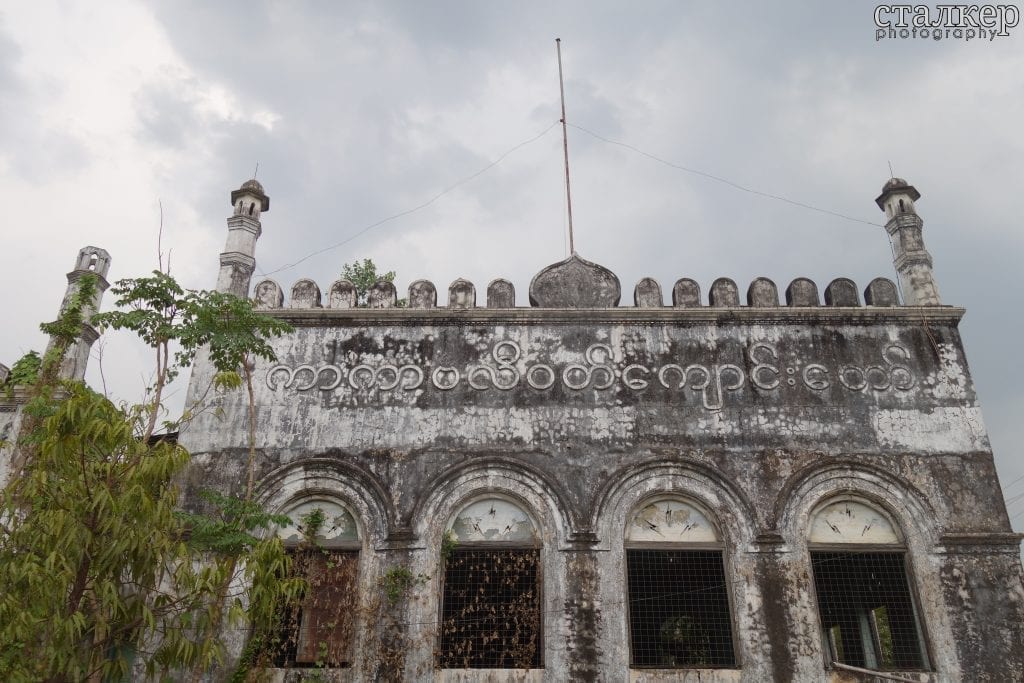 We are not surprised, as many people before told us about problems that Muslim people experience in this Buddhist country. 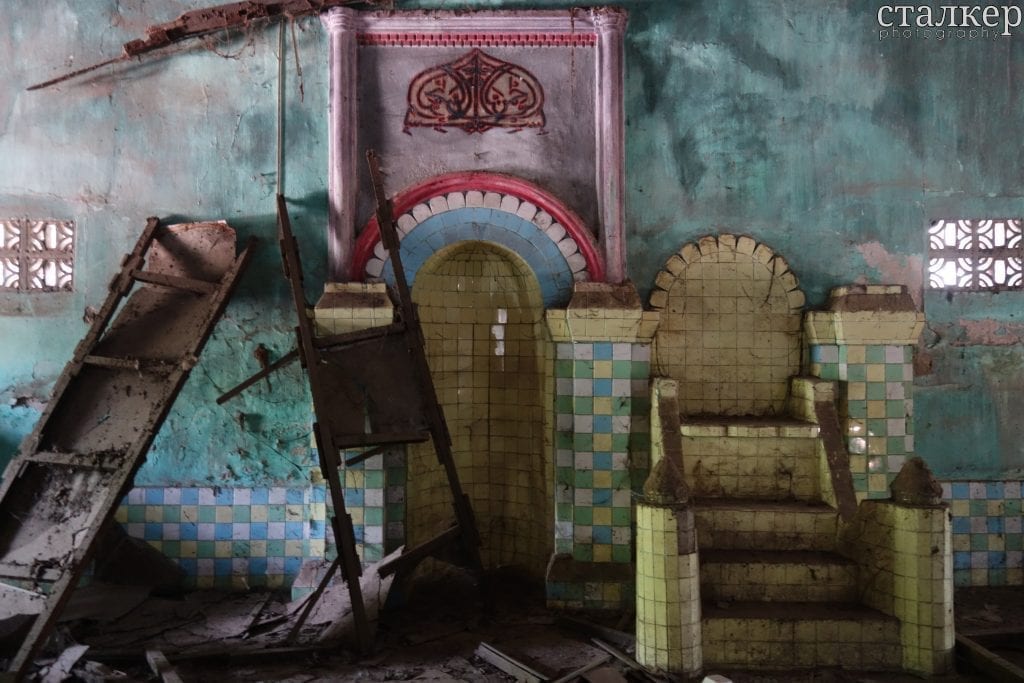 We return later here and meet some Muslims around. They don’t allow us to come inside frightening us by snakes but then when we enter they just smile. As always no snakes we meet, but instead lots of spider nets.

Inside is absolutely stunning! We are both fans of Muslim architecture, and we find ourselves in love by this mosque. 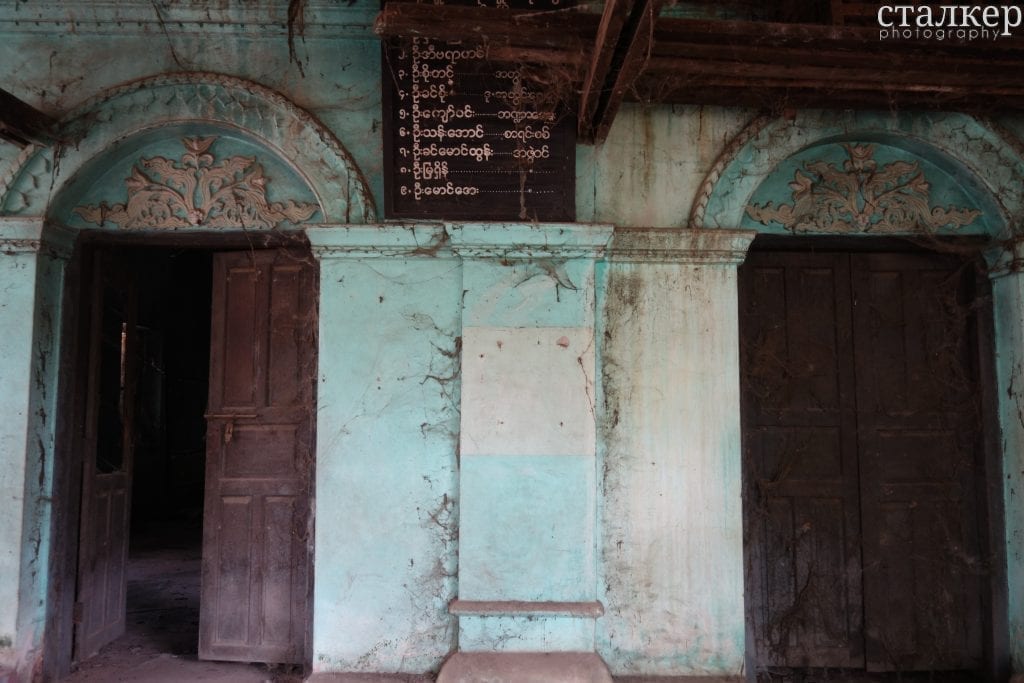 We go up by stairs to the roof where now there are lots of trees. From here we can see beautiful minarets nearby. 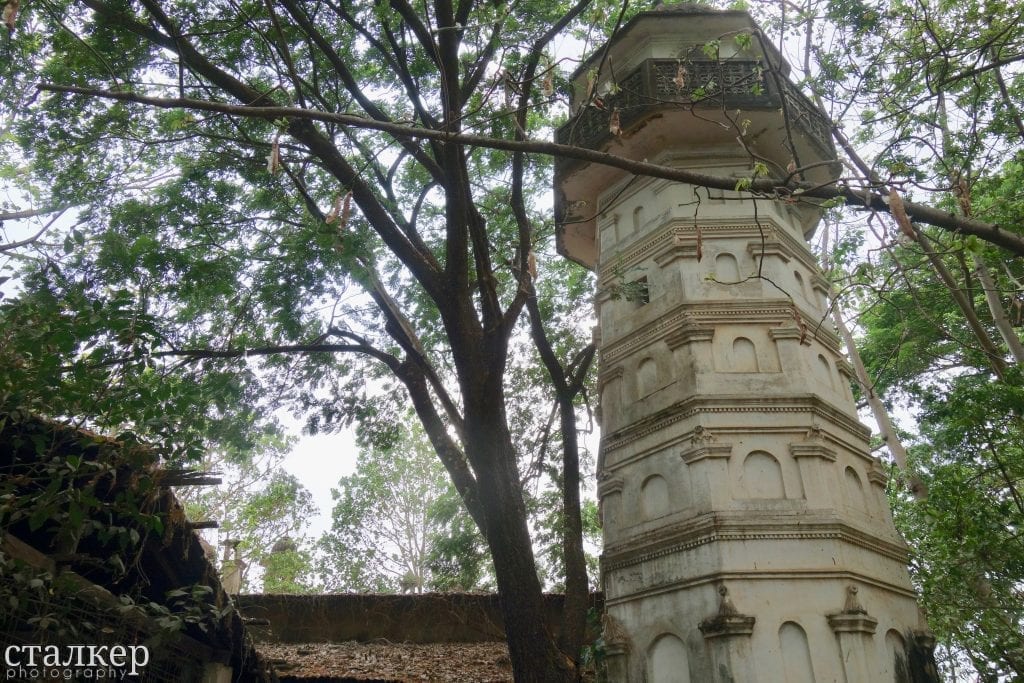 We go out from mosque and show photos to young people around. They are too young and have never been inside! We ask them if there are more abandoned mosques near and they show us the way to another one, just 500 meters away. 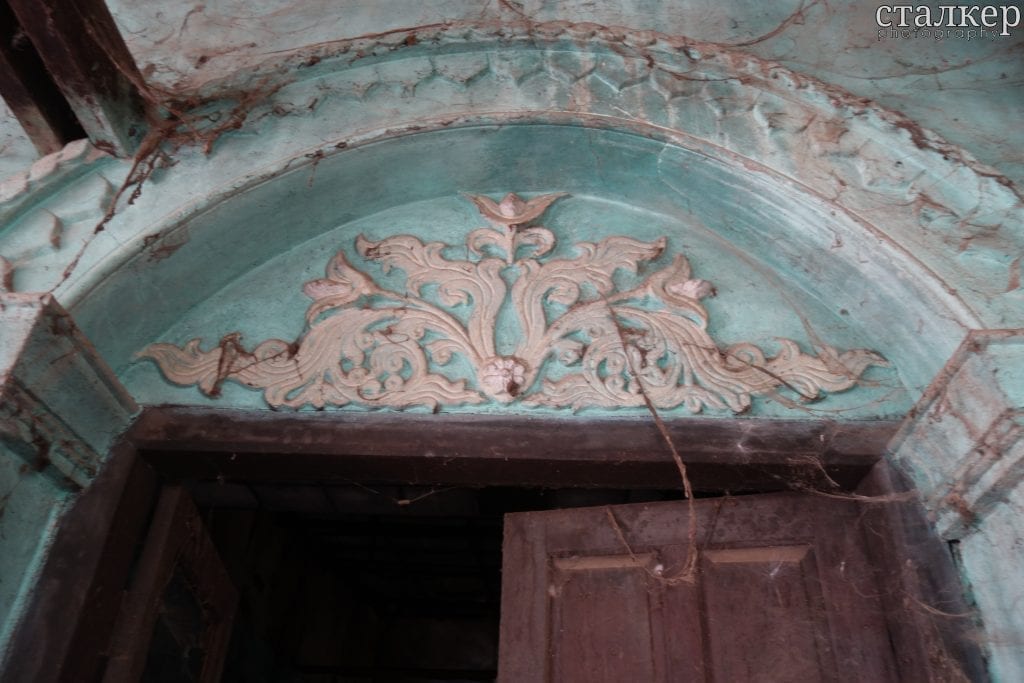 In this mosque, which name is Kaka, it is harder to get inside. So we ask locals if we can come through their houses. They happily show us the way!

Weeds and other plants don’t let us to go inside, but we are impersonal. We insist and insist till the point when we reach an open space, where there is only a cat who is waiting for us. 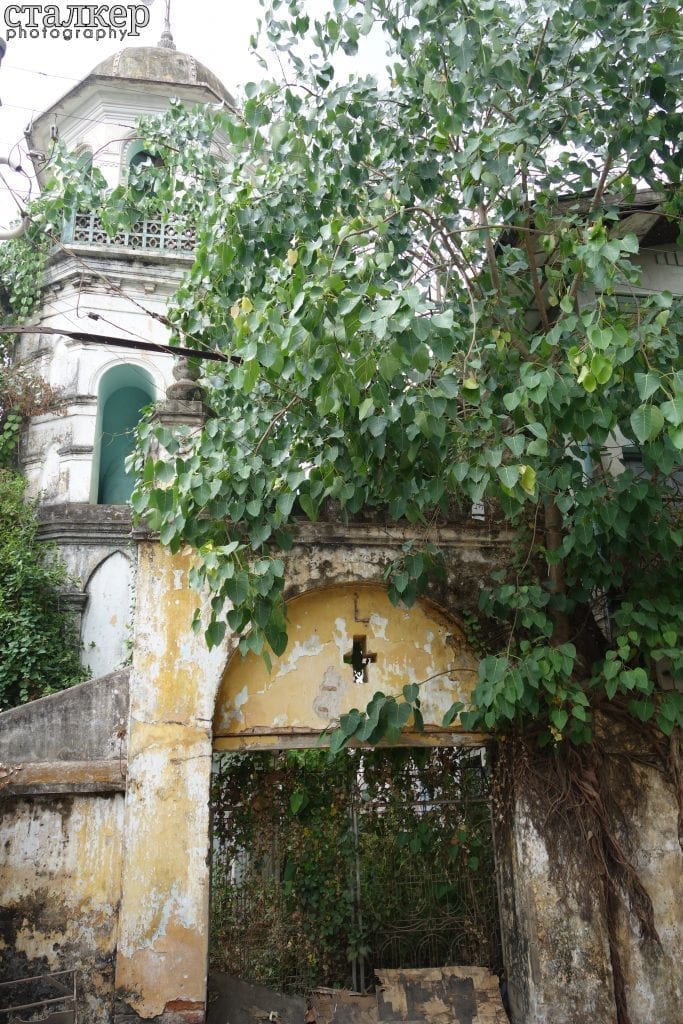 We check along all the walls and windows if there is an entrance but nothing of that. On the backyard of the mosque we find three doors, and it is possible to open only one of them. We force a little bit the padlock and here we are inside.

We need to face other three closed doors and like if it is a game our choice fall on that one on the left. 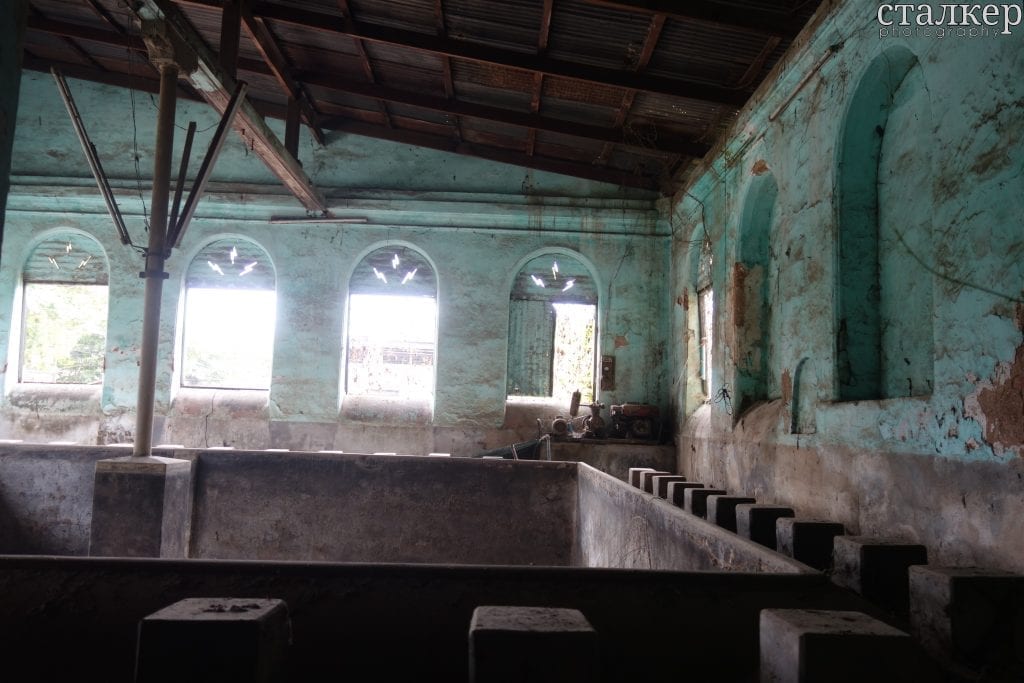 “There will be a tiger or a bottomless trap hole behind?“ We ask to each other.

Slowly we try the gate, checking with one eye if there is nothing of dangerous behind. Like if the door is opening by itself, we slip through the fissure and here we see the interior of the mosque. 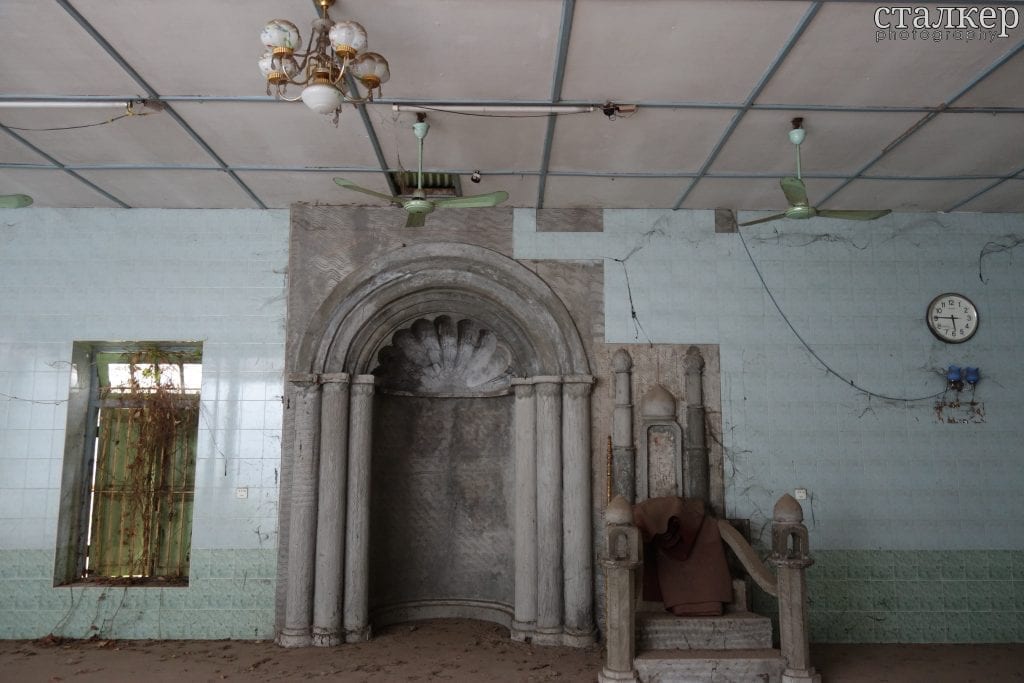 On every angle there is a speaker, and blue lamps with a flower shape attached to the wall. 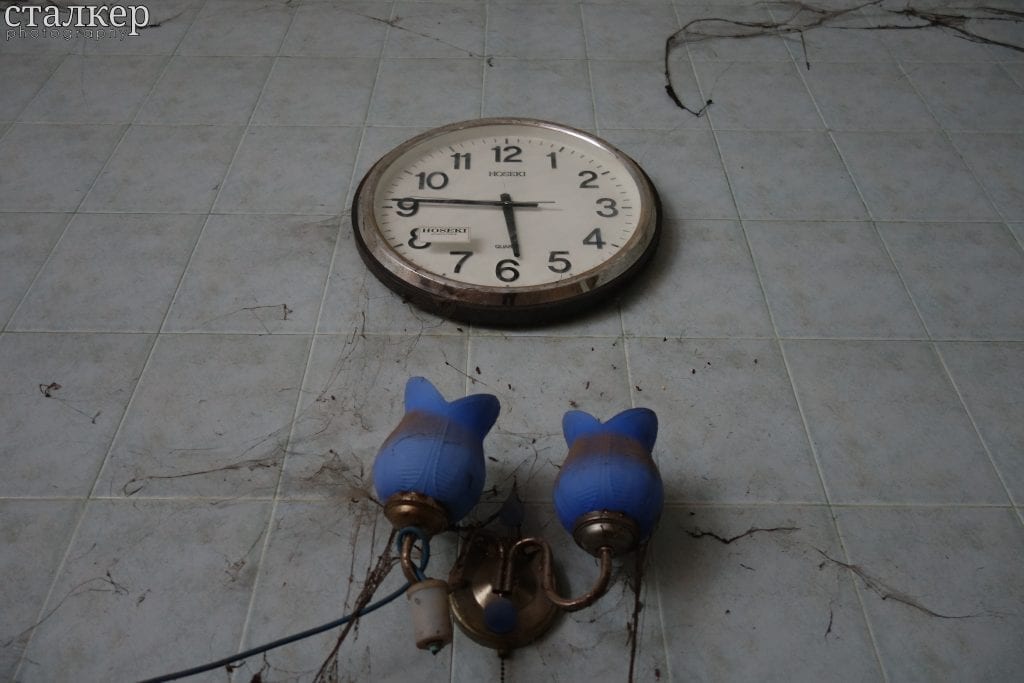 On the main wall we see an altar where the imam is used to recite the sermon on the Friday. 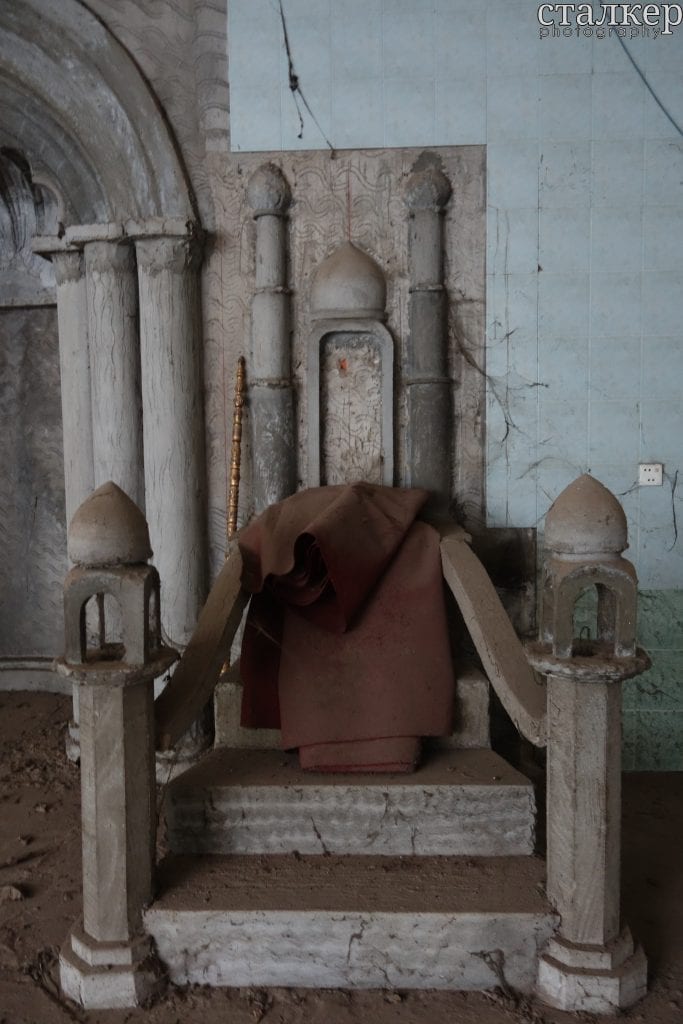 On the left, a kind of door where the imam headed the prey. 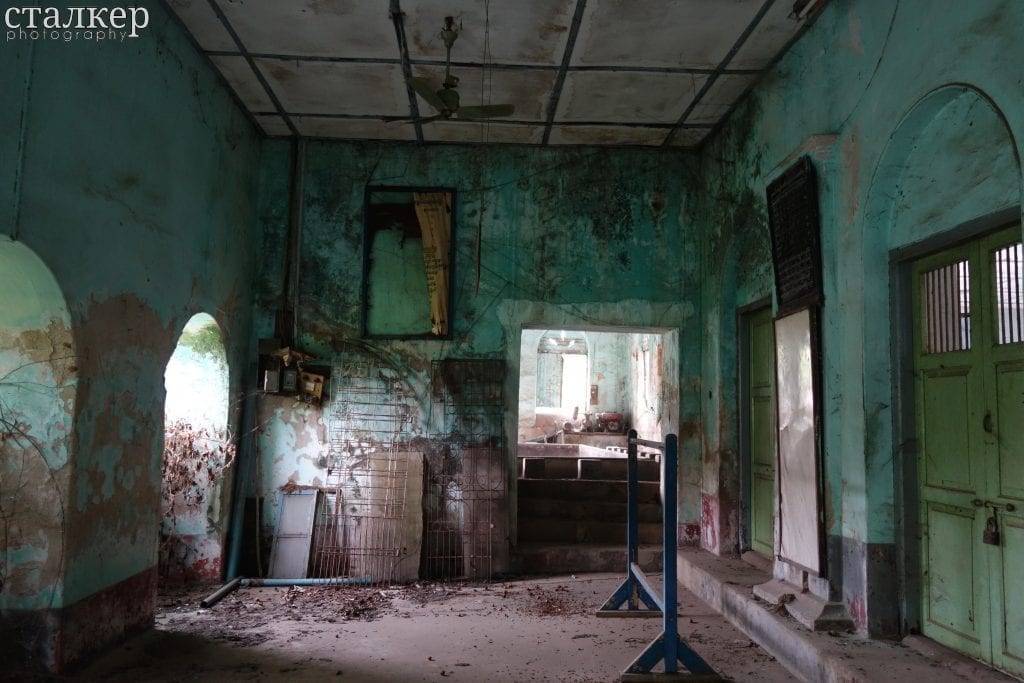 A kind of golden scepter as if is releasing its own light enlight the room. We come close, enough close to touch it and see with regret that is only plastic. On the next room we bump again in what is the room for the ablution. 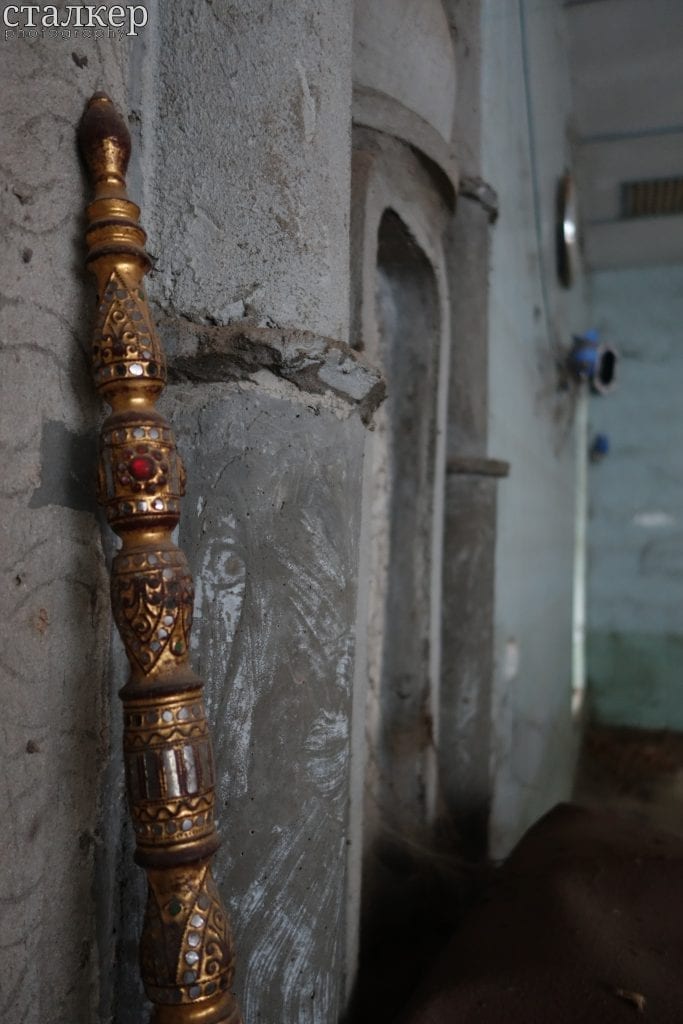 We finish our exploration and again we meet locals who greet us. They warn us that we can have problems sneaking here but not from them. They warmly greet us to join the lunch. We politely refuse (too dangerous for our stomachs to eat with locals) and we continue our journey around Myanmar.