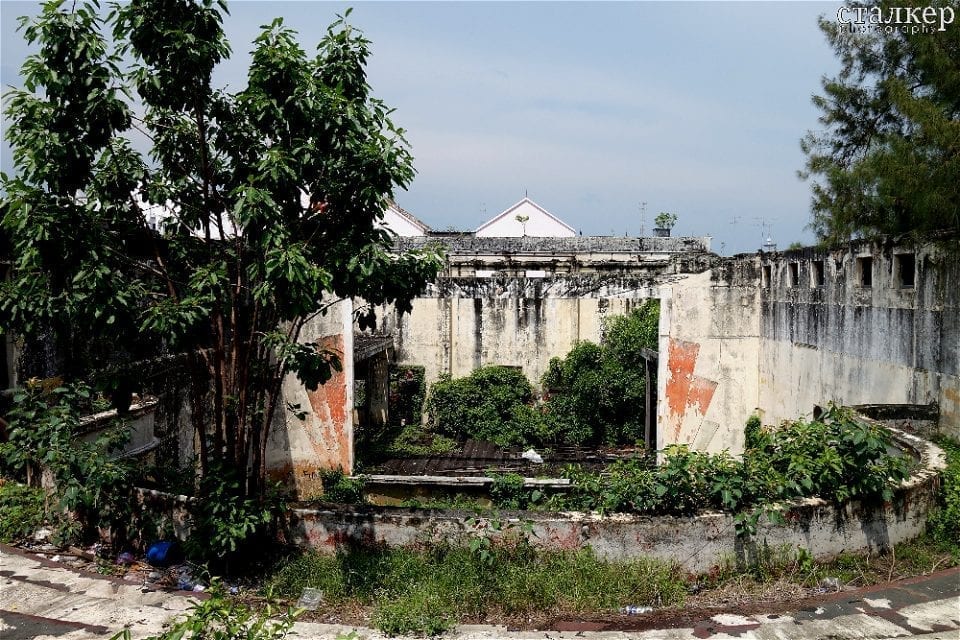 It was midnight when we were returning to our hotel after the cinema. It was Seruan Setan, the Indonesian movie that we watched and didn’t get any joy from it. But then suddenly on our way back home we see another cinema…and we understand that here for sure we will enjoy to be.

The old cinema/theater is located on Wolferstan Rd, in Malacca. Now they carry the parking place nearby but the building itself is not guarded. So you can easily get in and out! 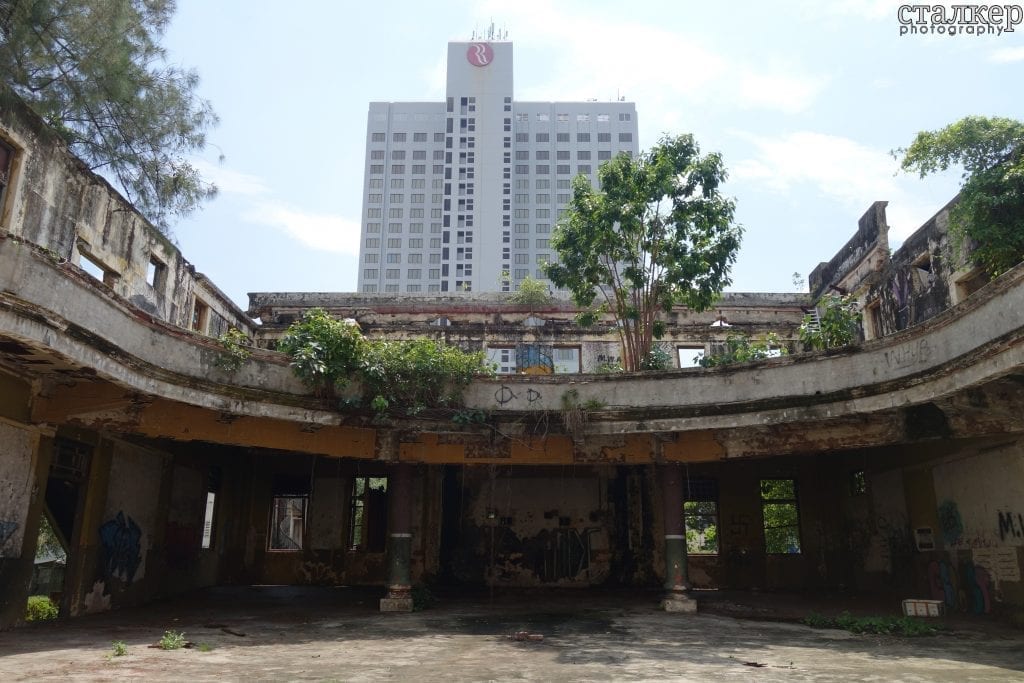 Capitol Theater was built in Malacca at around 1936. It was the place “to be” in the town.

So many people enjoyed this place to go for waltz, quick step, foxtrot, tango or cha-cha.

Here is how this place is described in the book ‘Tourists’ Indispensable Guide to the Town and Fort of Malacca’ (1936):

-‘The Capitol Malacca. A few minutes drive from the jetty in a taxi will take you to Woferstan Road, where you will find the most up-to-date, the latest, and leading theatre in Malacca. Decidedly it has the best sound in the whole of the Peninsula.

Adjacent to this is the Capitol Dance Hall which is commodious, well equipped, and well patronised by all. Nightly dances are held from 9. p. m. till midnight and tea dances on Thursdays and Saturdays from 6. p. m. to 8. p. m. Occasionally there is an extension until 2. a. m. There is also an excellent bar attached to the Capitol Dance Hall.’ 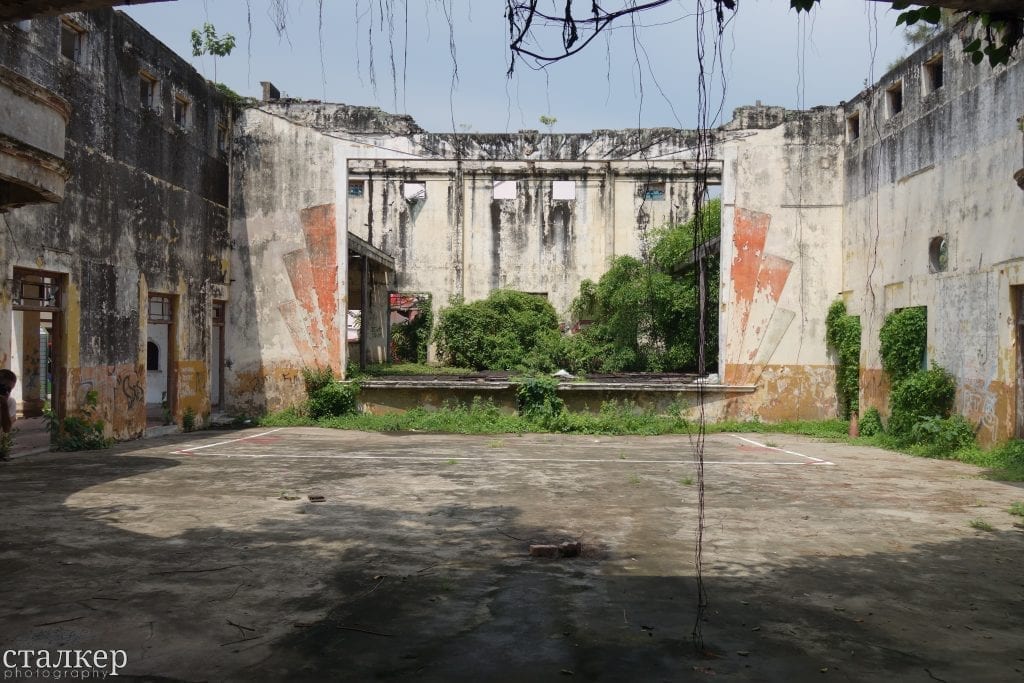 In the late 1950s the place turned to be the Commonwealth Relations Office for soldiers from New Zealand, Australia and Britain, – writes English writer and poet Hugo Williams in his book All the Time in the World.

“In the hall, whites aided natives with vouchers called dance coupons. But natives were only obliged to stay faithful to whites while the music lasted. Then they would declare their independence, or rather break off diplomatic relations again”.

After being so famous for dances at around 50-60s the place was turned to the cinema. It showed Indian, Malay, Chinese and Hindi movies. 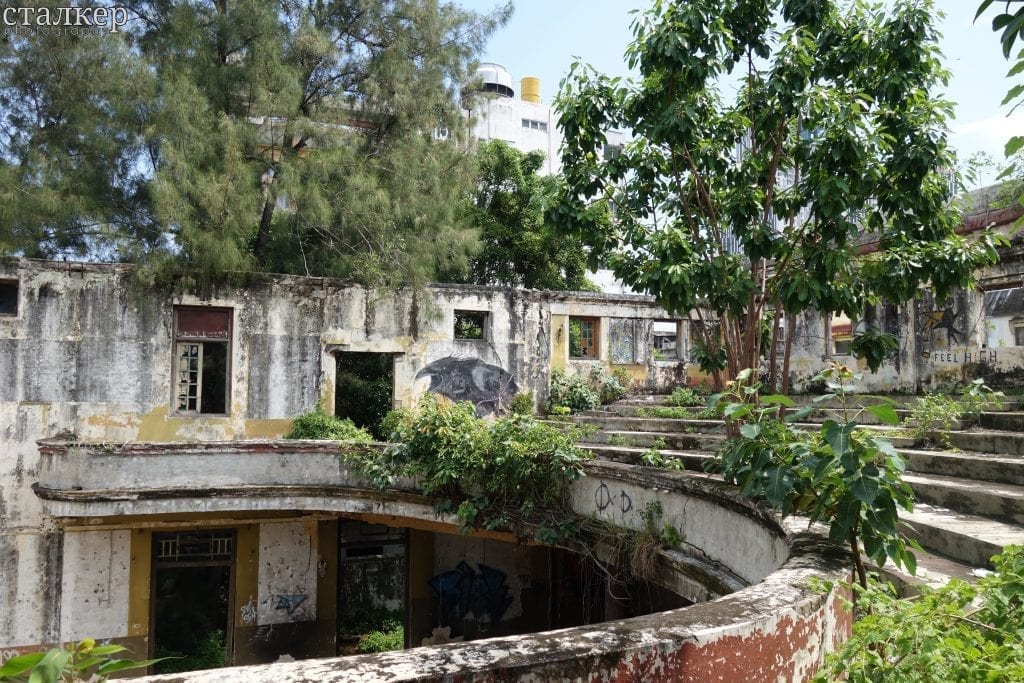 On the 7th and 21st of each month the place was especially popular among locals, who came here to watch the latest Indian movie when they received their fortnightly pay.

There is nothing written about possible reason of closure of this place. There is one idea that it was connected with youth migrating from Malacca in the 1970s-1980s, who tried to escape the city to find job in Kuala-Lumpur or Singapore. Others say that at that time many old movie theaters were closed because of high cost and competition from multiplex cinemas. 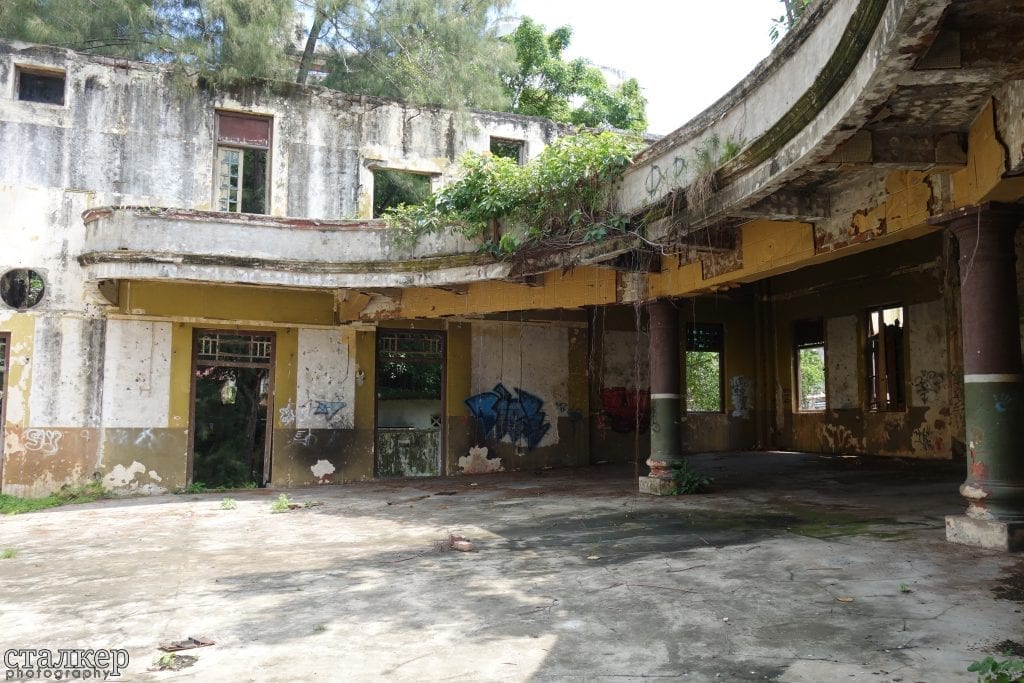 What is this place with such a long history today? Just a box of concrete with nothing inside. Overall today it’s full of trash, and is quite in a bad condition, promising to collapse at any moment. 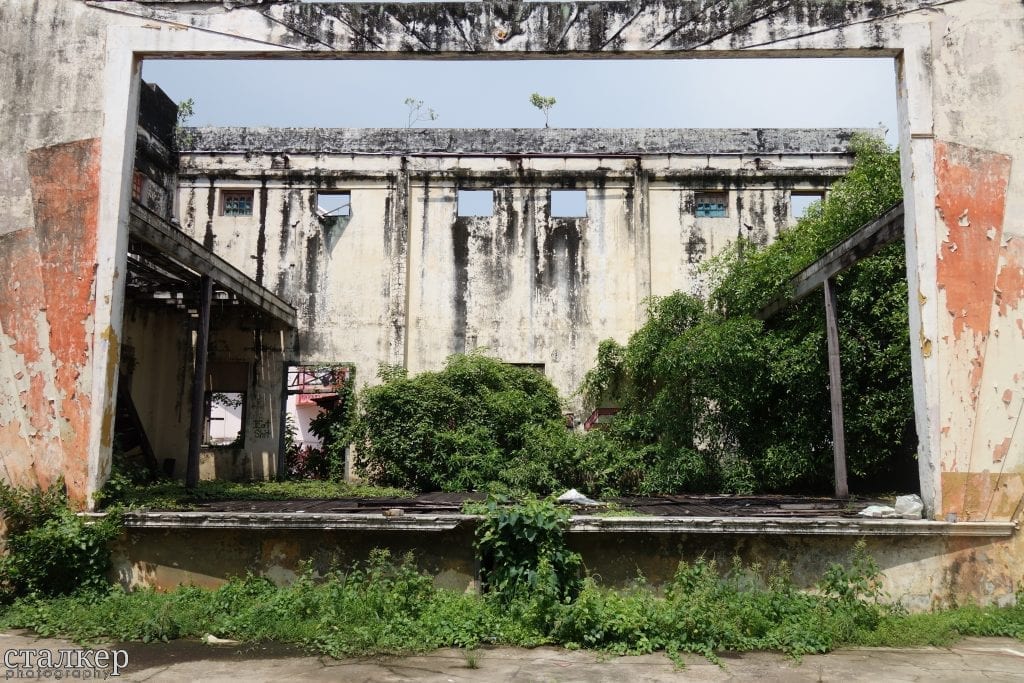 Local artists tried to give a new life to this place, drawing some beautiful graffitis around. A Wolf lurking and stepping on the grass. On the next corner there will be his prey. Just few meters up a crow, staring ominously at us. In the inner staircase an atypical creature, with its body articulated in two corners of the wall. Looking mysteriously at us, it shows us the way for other small creatures. Upper, on the opposite side of the wall, some rats run from one side to other of the floor. Nobody knows that they are alive, they play at night in the theatre, directly entirely by mr articulated.

Tonight, mr and miss, we will introduce you two incredible actors world famous all around Malaysia: the wolf and the crow. The trees start to dance, the clouds hit back from the skies with some thunders. 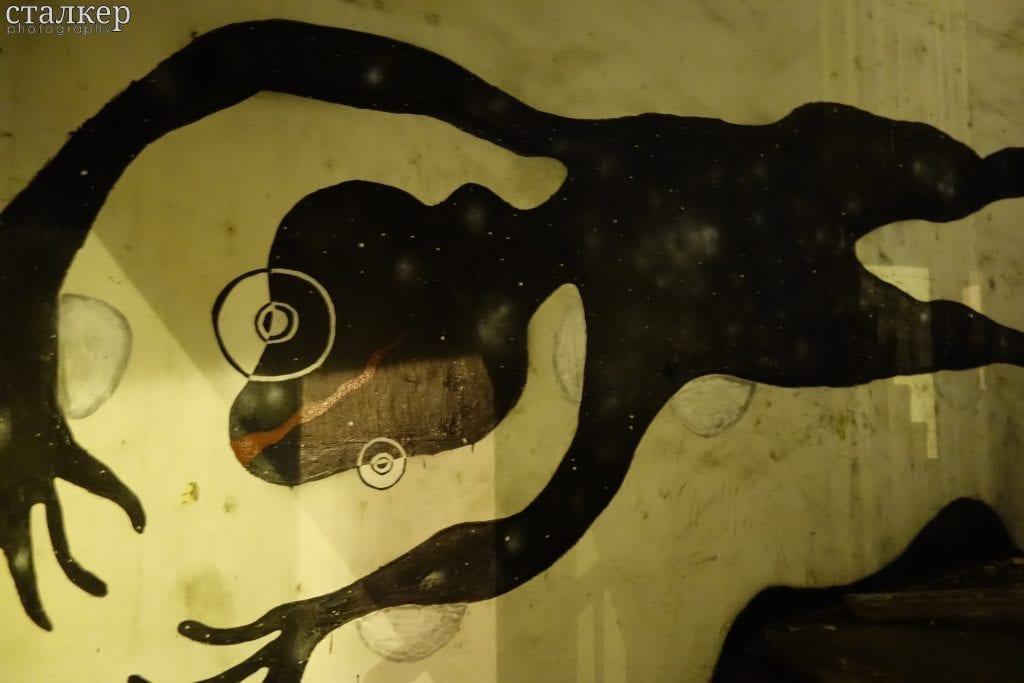 “Two spectators tonight” says mr articulated with a smile on its face, while the white of its teeth reflect in contact with the lunar light.

“We didn’t pay the ticket, but we promise back to write a fine article about your play of tonight” we answer back.

And that was how they disappeared into nothingness. 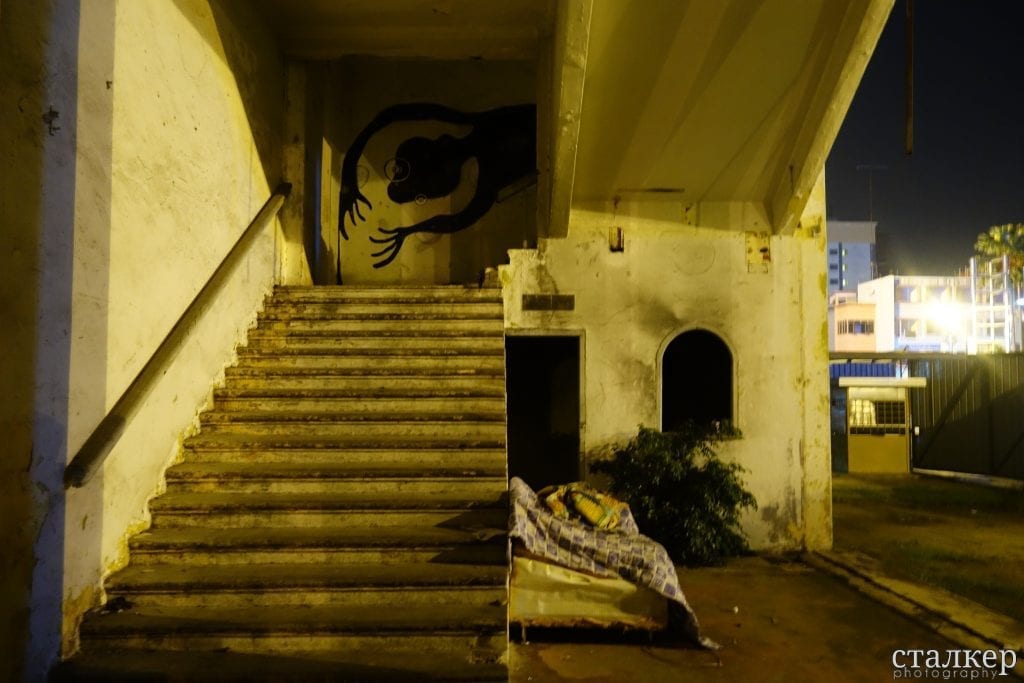