Here I’m standing in Vladivostok, the city of my dreams. The cold wind beats me in the face, so far unaccustomed to me after the hot Asia. In the city itself there is absolutely nothing to see at the beginning of June, so I immediately start to type in the search engine two cherished words “abandoned places” and here Gogle shows me dozens of places – bunkers, military units, maternity hospital, camps. Here begins my real acquaintance with Vladivostok .. .

The abandoned electromechanical school of the Navy is located on Russky Island, on the outskirts of the village Podnozhye. We got there by car, but the bus also runs on the island, so you need to find by yourself the schedule of it.

The school itself and the barracks are not guarded by anyone, so getting inside is not difficult. 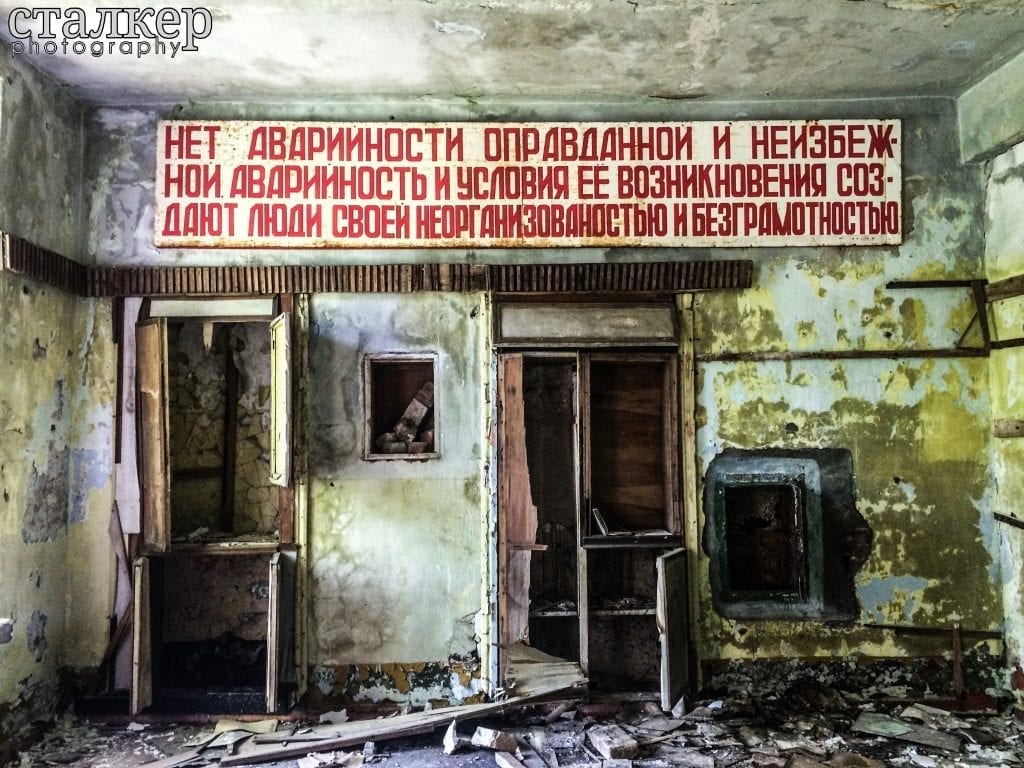 Russian Island in Soviet times was the largest training base of the Soviet Navy: there were many military towns located here. That is why the island for a long time remained as a closed territory. 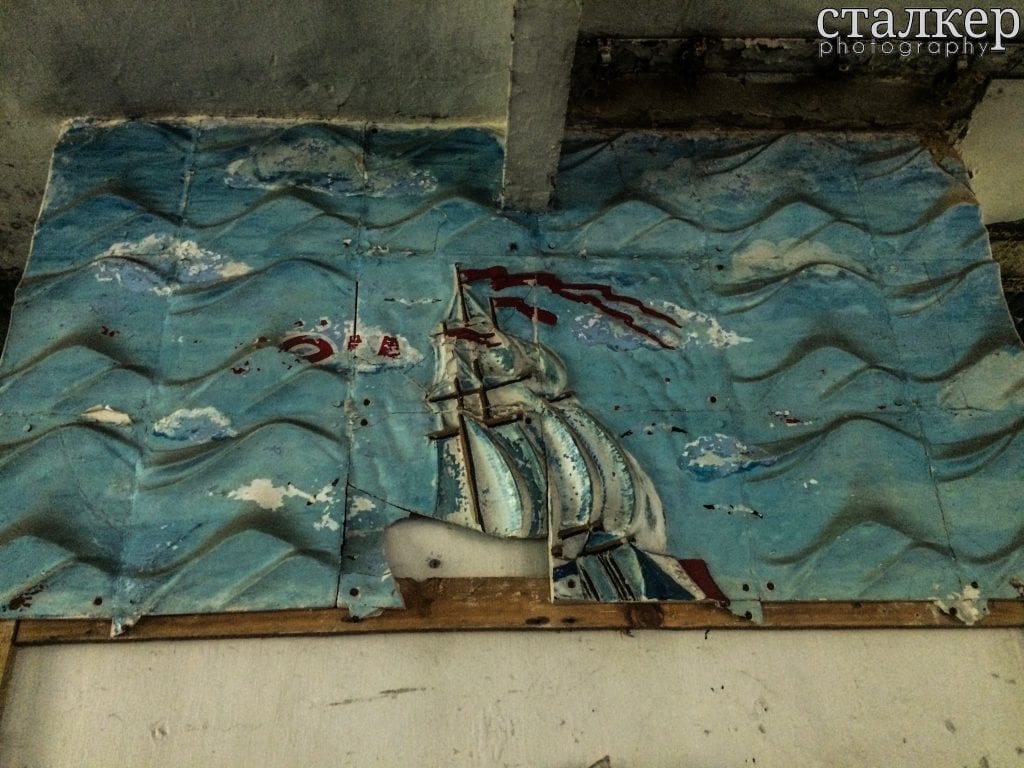 An electromechanical school or a military training school, 25151, was originally established in the Ajax Bay area in 1939. In 1960, it was transferred to the village of Podnozhye.

School was the last “training school” of the Russian Island. On February 1, 2006, the Electromechanical School was disbanded and since then it has been abandoned. 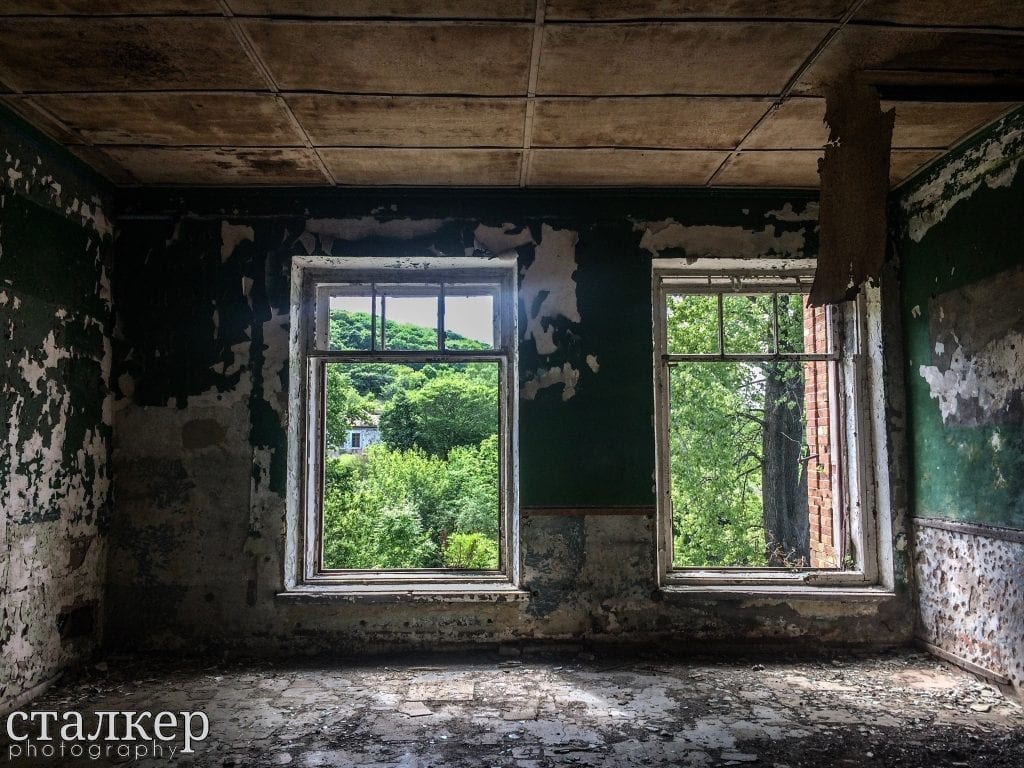 This is my first abandoned place in Russia after a long journey through the countries of Asia and I’m thrilled! I already know from the very beginning that there will be nothing inside except for charred walls and heaps of garbage, but I’m interested to see it. 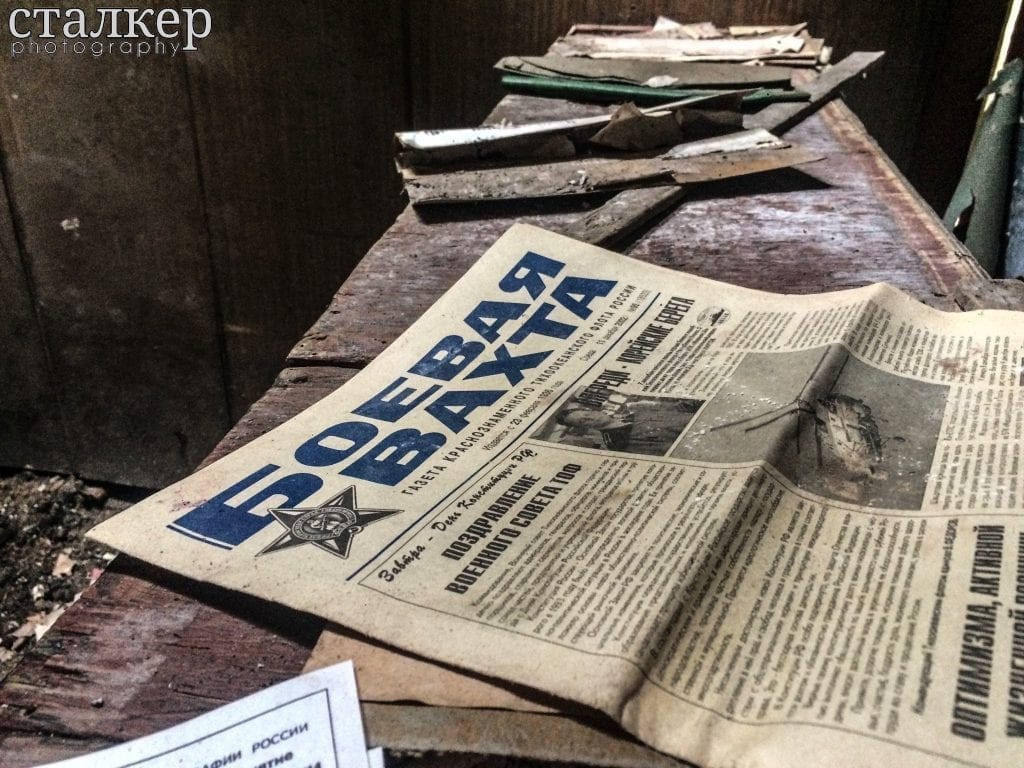 The abandoned part is located next to the village houses, so when we enter its territory, we see that several guys are sitting by the lake and fishing.

We have no time to communicate with them and we are approaching one of the educational buildings. This building is a pre-revolutionary building, decorated with red brick. Inside, as expected, only the walls and the ceiling. Everything is destroyed, some rooms are burnt. 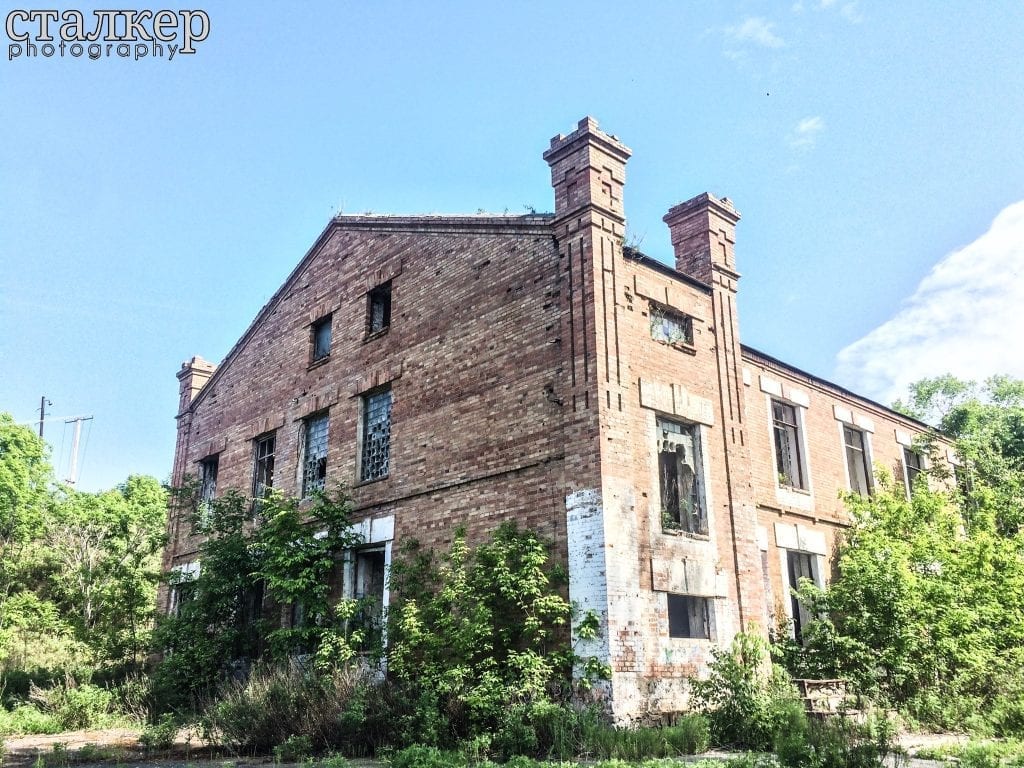 Everywhere different quotes are written, inspiring to study responsibly for the sake of the Motherland.

“Our slogan should be one – to study military affairs in the real way!” 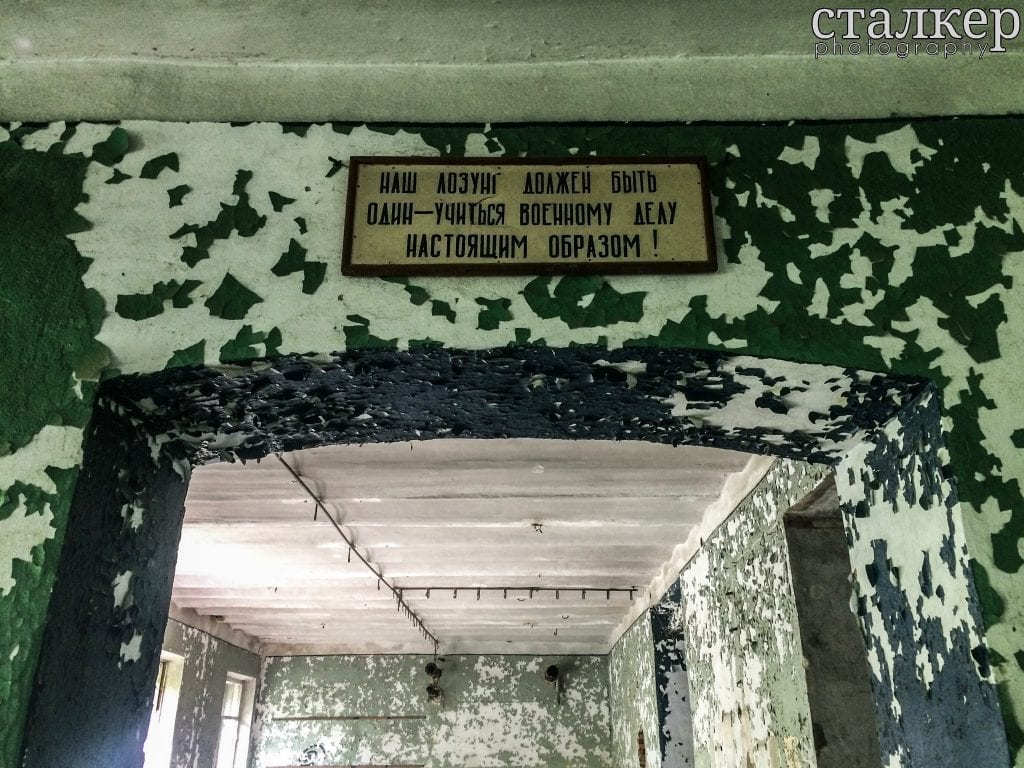 It was in this building that divers learned to dive, and electromechanics to repair ships.

We go to the next building – there used to be bathhouses. Everywhere there are benches on which the soldiers were soared. There is a boiler room nearby. 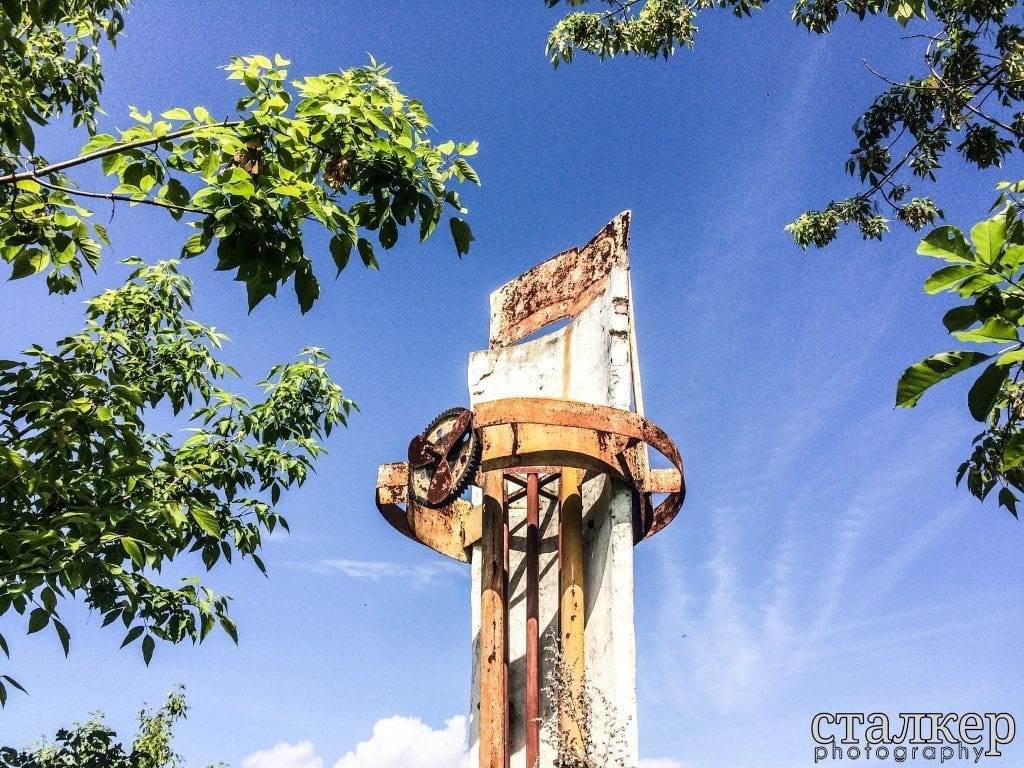 The door to another small building, which is located nearby, is covered with a wire that is easy to unwind. In this building some objects of everyday life, like chairs, newspapers, safer have been preserved. 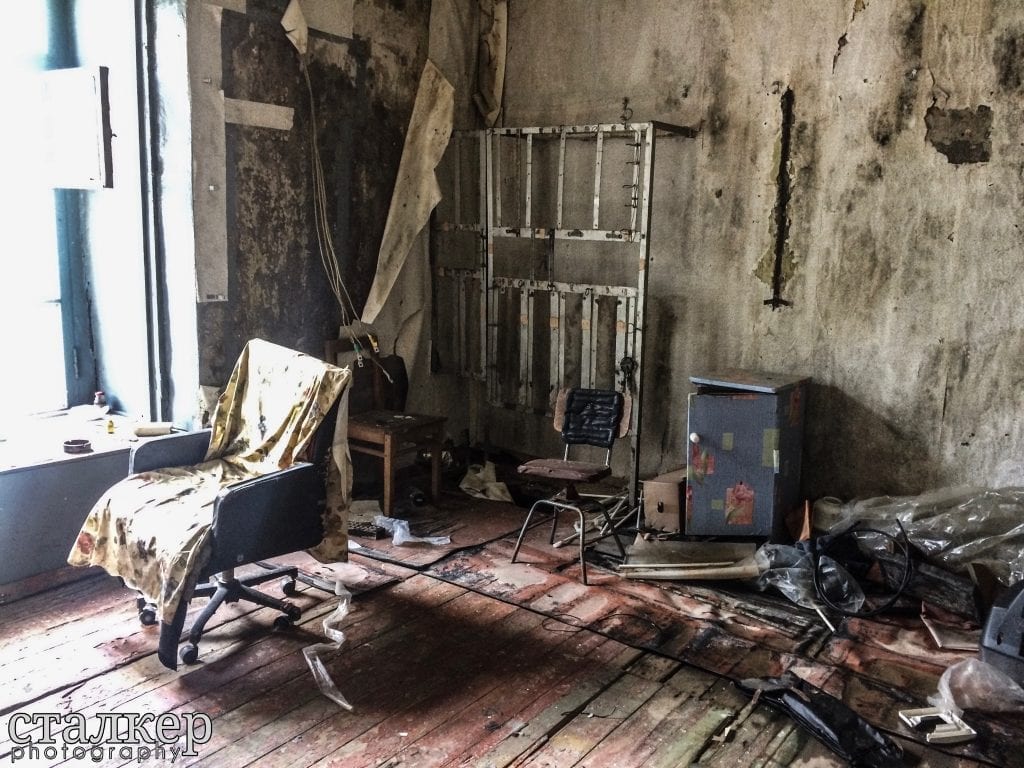 It seems that someone appears here periodically. Earlier this building was used for administrative purposes, here they gave salaries, signed different papers. 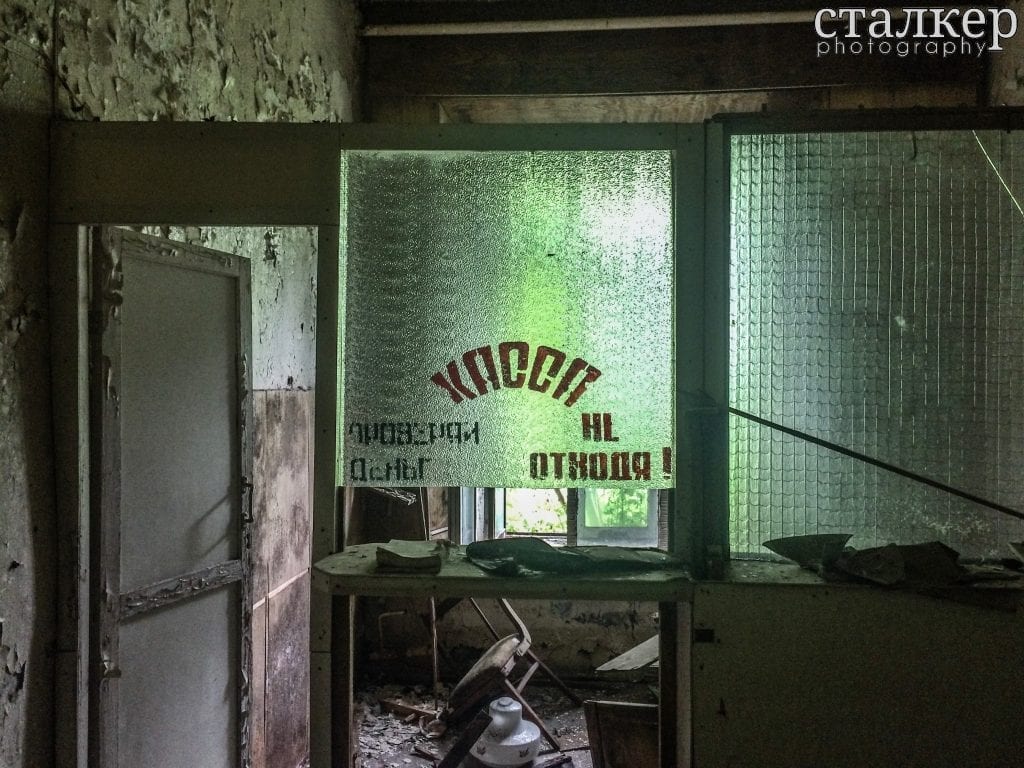 But we are heading for the next survived building – to the barracks where the soldiers slept. Someone carefully wrote on the wall that there were six companies of soldiers, and on one floor were located two of them. 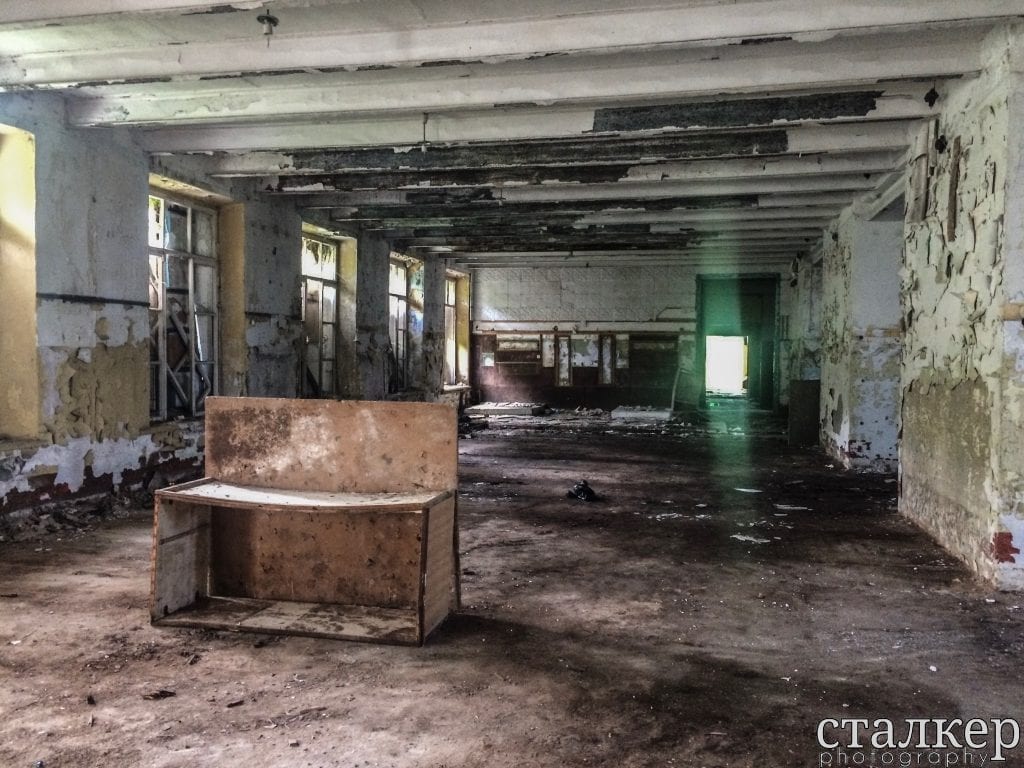 Here, in addition to the huge rooms where the beds used to be, there are rooms where soldiers kept weapons, where they cleaned their shoes, washed themselves.

Quotes on the walls here are written corresponding.

“A sailor is obliged: carefully wear clothes and shoes, repair them in time and accurately, clean daily and store, where indicated.” 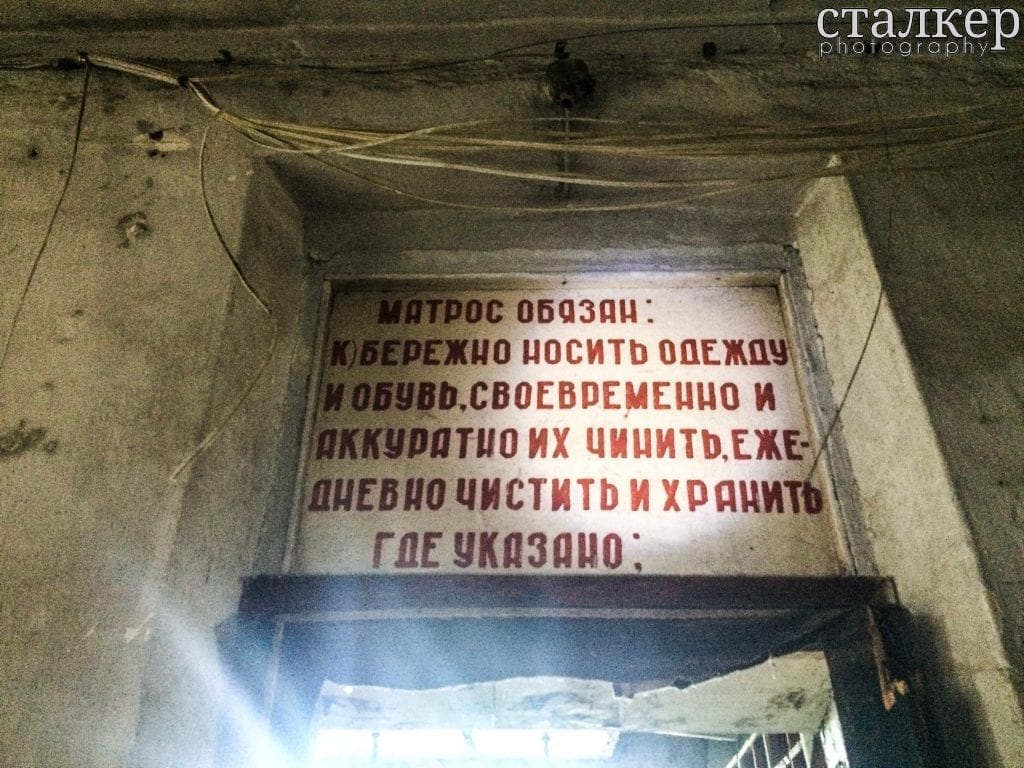 The last building that is located on this territory is educational. “Cadet, here you learn how to protect your homeland!” – it is written above the building. 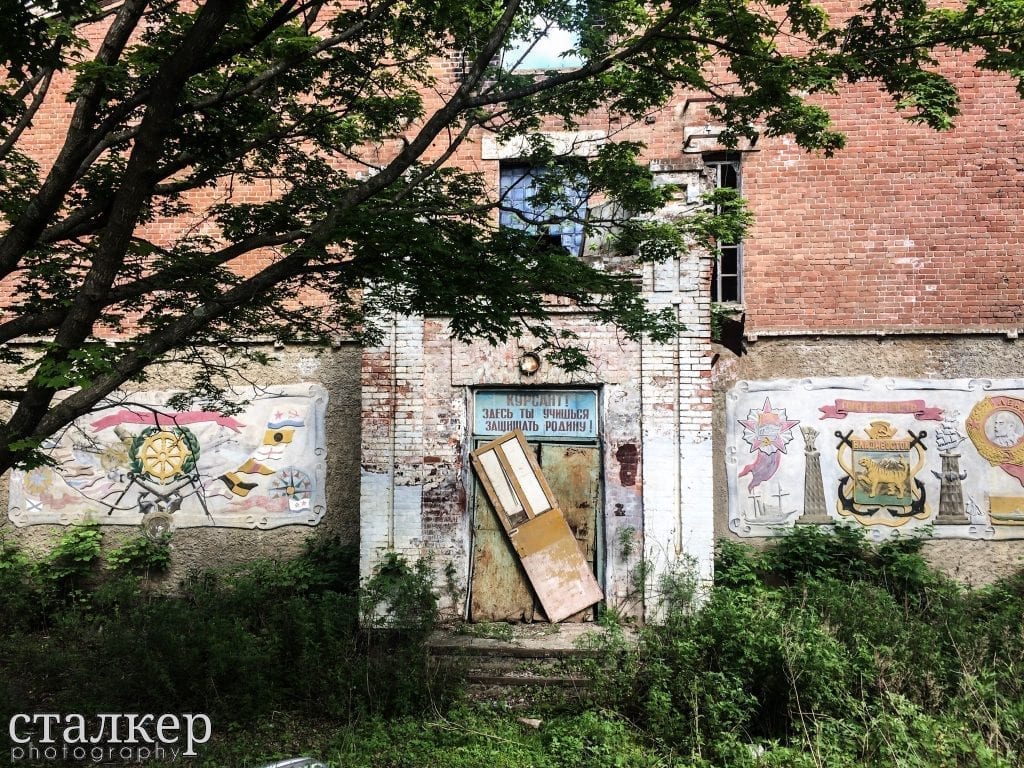 Portraits of the great military commanders are hung on the walls, gas masks are scattered around the floor … 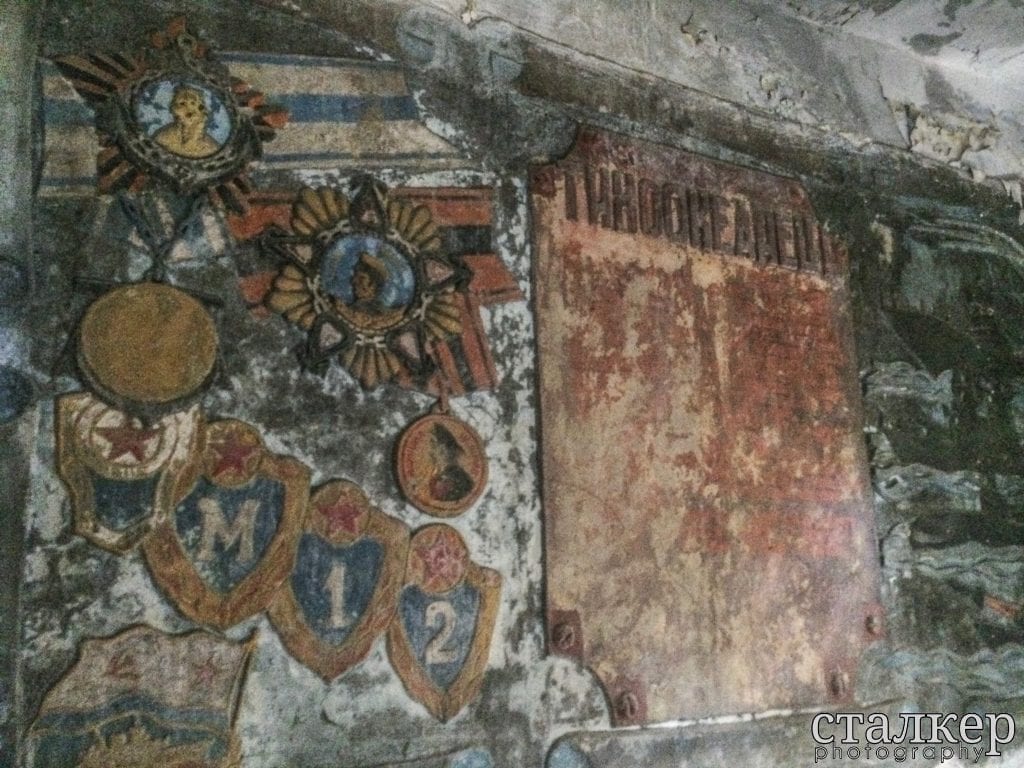 We visited an interesting place this time. On the island there are many other abandoned military units, but they are all in a more dilapidated state. And these buildings as well will soon become ruined, so it’s worth hurrying up and visiting it now!