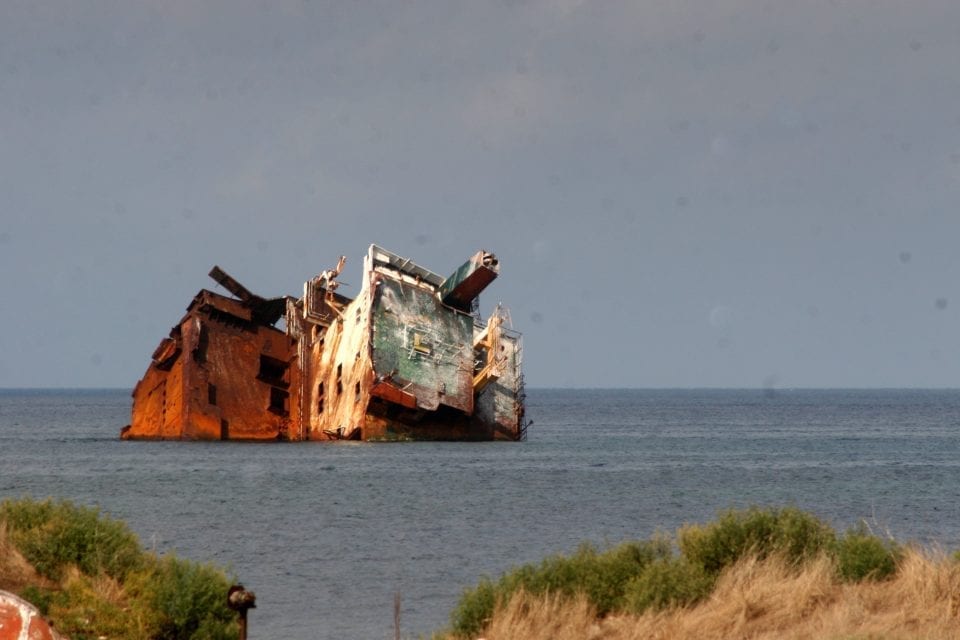 How many interesting and exciting stories can you imagine when you think about sunken ships? Thousands! About pirates, about the treasures lost on board, about the touching love story… And how is in real?

Today we will visit the Ibrahim-Cambodia ship sank off the coast of Tarkhankut, in the Crimea (Russia). You can get to it only by renting a boat or by swimming.

The ship “Ibrahim Yakim” sank near the Crimean coasts on the night of December 17-18, in 2010. The Cambodian dry cargo ship sailed from Nikolaev to Turkey when it met a five-gallon storm. The ship’s captain tried to anchor him, but the waves tore the ship off anchor and carried it to the bank, leaving a hole in the hull. On the ship at that time there were 15 crew members from Syria and India, none of them suffered from the storm.

At the time of the accident, the vessel also had 40 tons of fuel and 2200 liters of lubricants. All this was a threat to the environment, but … we are in Ukraine, who cares?

The operation to eliminate the consequences of the accident began only on January 14, in a new, 2011 year. Rescuers removed oil products, which threatened the sea with an ecological catastrophe.

After the operation, rescuers also wanted to pull the ship ashore to send it for repair. But the owner of the ship – the Syrian company – did not go to contact, or answered really slow. The shipowner decided that it would be cheaper to throw a ship at sea than to pay for various repairs.

As a result, the ship has been lying by the coast of Tarkhankut already for seven and a half years, attracting tourists who spend money on excursions to the ship, or divers who want to see the ship under water and possibly find lost treasures …