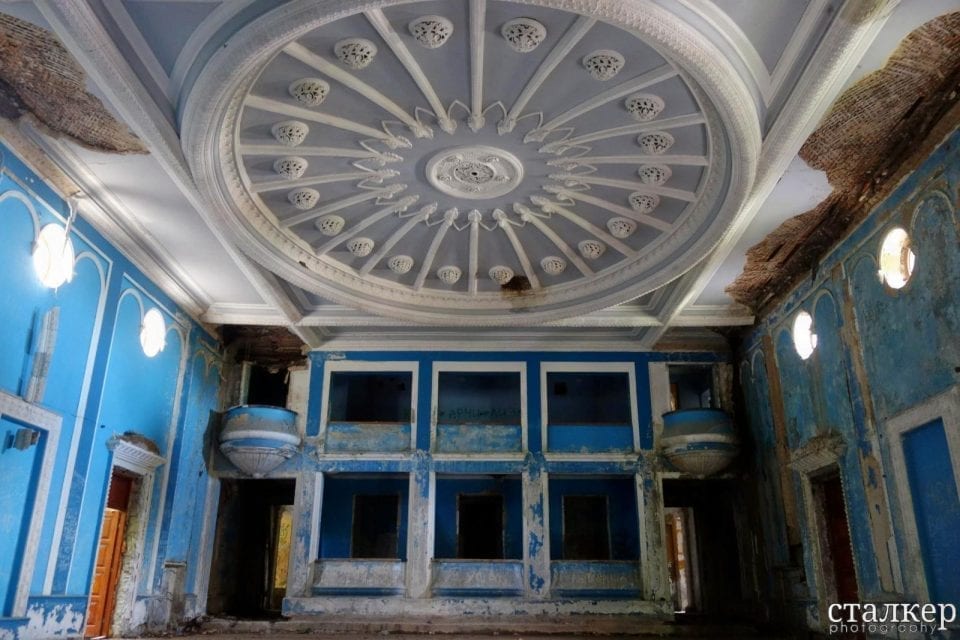 The Zimniy theater is located opposite the tourist attraction of the “Kolonnada“, on the other side of the road. Its building stands on Primorsky Boulevard, a few steps from the Black Sea. 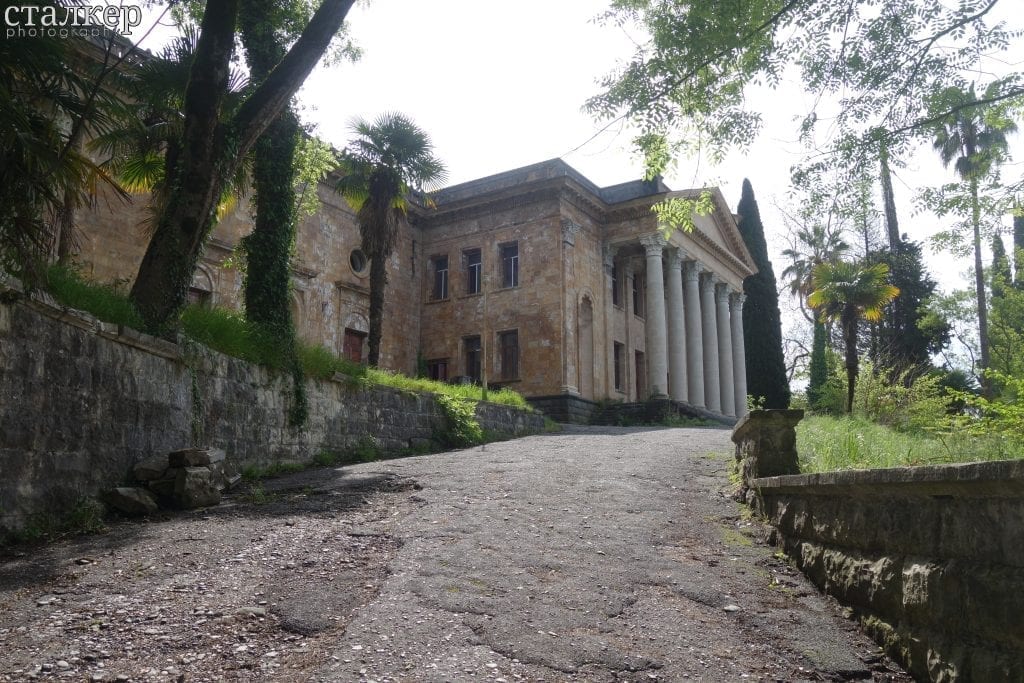 Gagra Cinema (Winter Theater) is one of the most famous cinemas in the city and took its name from the host city, Gagra. This institution became a cinema only under the Bolsheviks, because before that it was called Winter Theater. It is assumed that Zurab Tsereteli himself was the architect of this building. 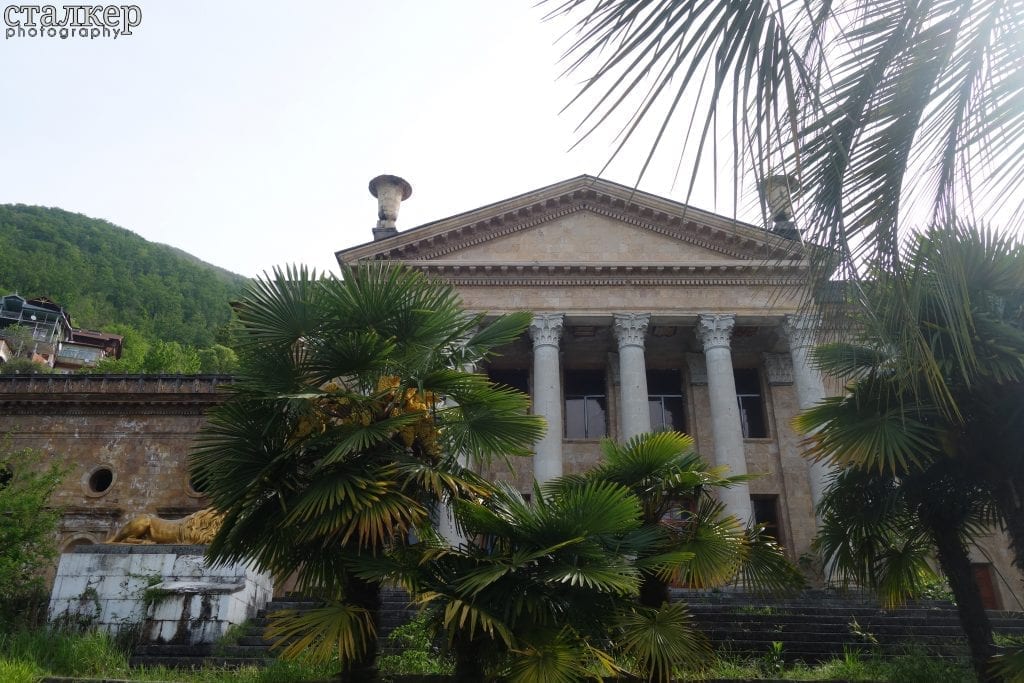 The cinema is a brilliant representation of the classical style, Palladio also arrives here: the central part and the two side wings, the rigorous columns near the main entrance and the ancient gables that crown them. All the signs of classicism are present! Each wing had, so to speak, its own specialization. On the right side they were showing the films, and in the left one there were live shows. The building, like many others, was damaged by artillery gusts.

As a welcome card, the gentlemen who offered me the ride leave me in the old part of the town of Gagra, in front of a majestic abandoned theater. Not even the time to buy something to eat that I hasten to explore the area in front, where the garden and the two lions that guard the structure welcome me. 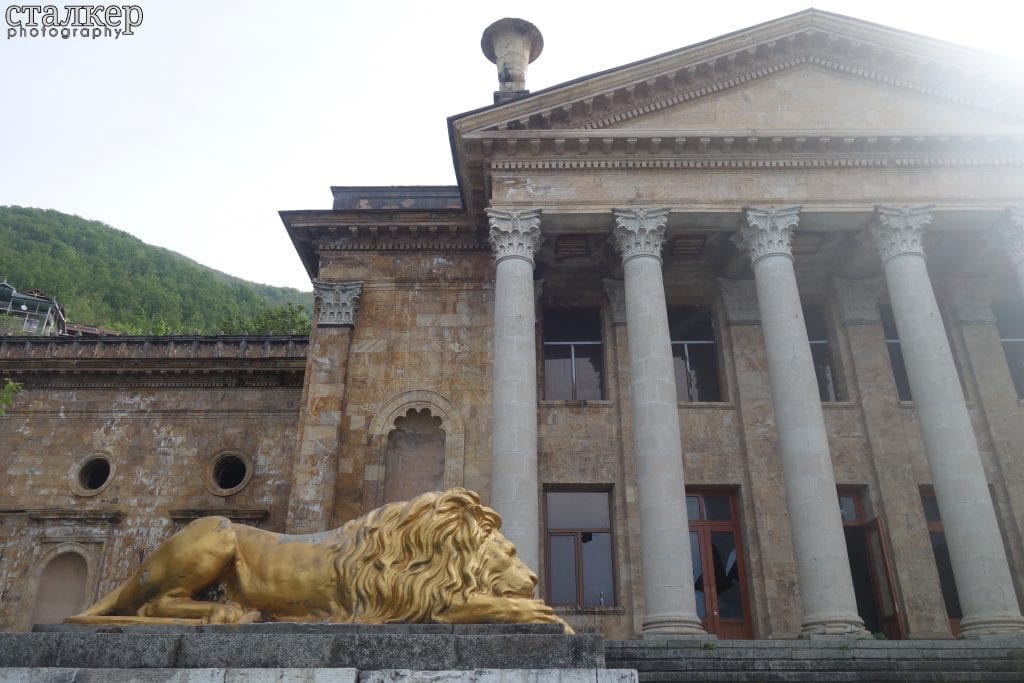 The building opens up to me as if it wanted to invite me to dance, and I quietly welcome the invitation. The central room leads me to the two side rooms, where films and live shows were screened respectively. 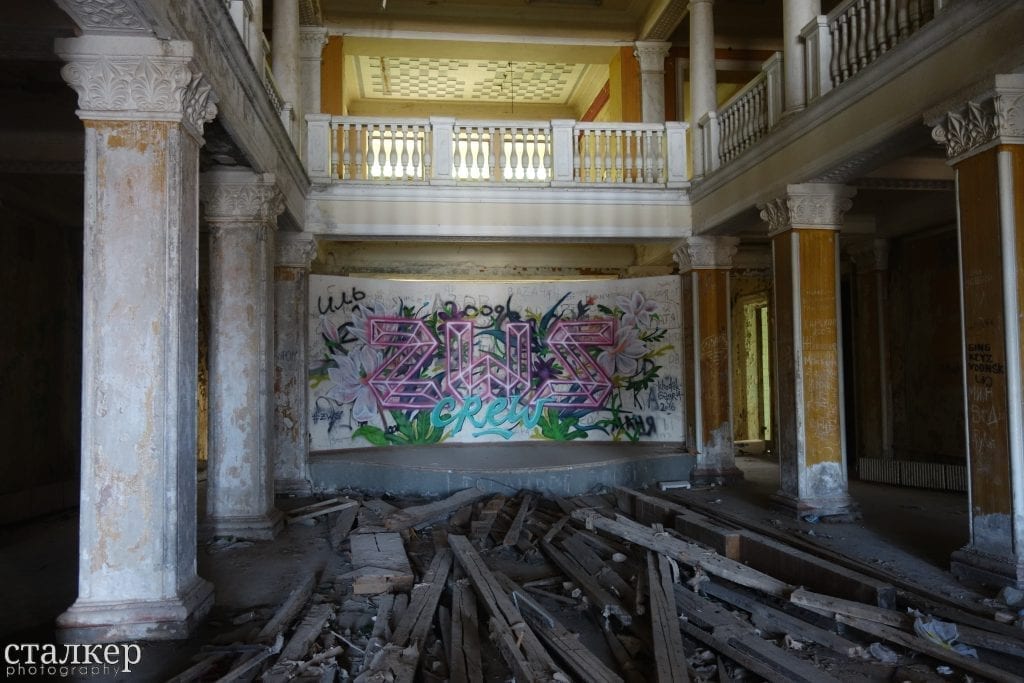 A very faded blue, made even darker by the lack of light and humidity, greets me in the showroom. The only ones to perform are the faint rays of the sun that enter and reflect through the doors and walls. 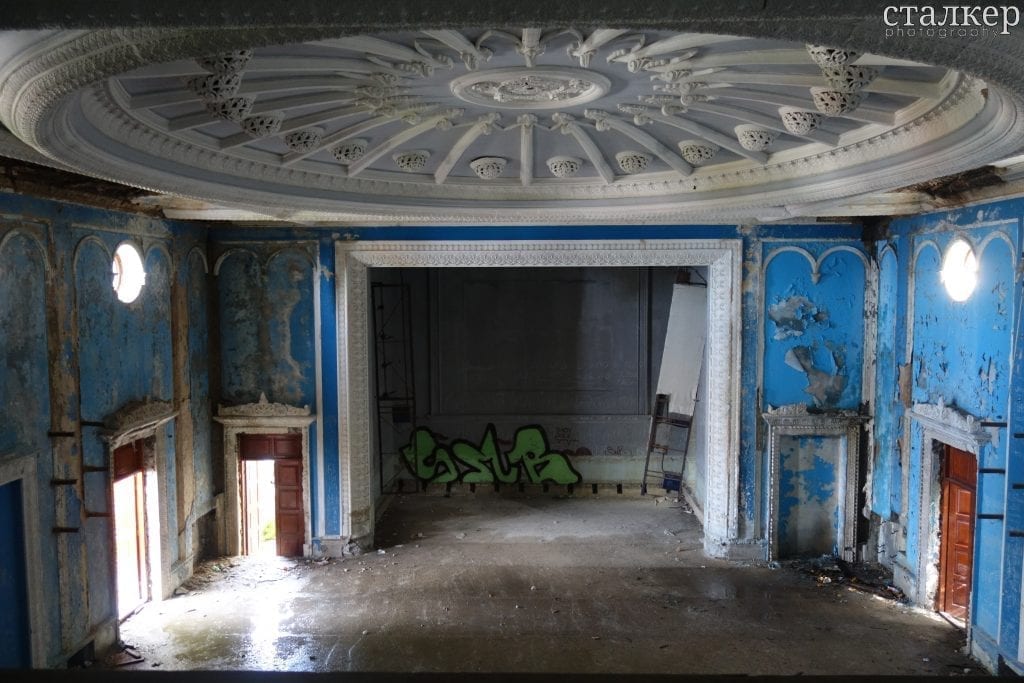 In the cinema the fixtures and what remains of the reinforced concrete construction are shown. A skeleton that by now is tired of dancing. 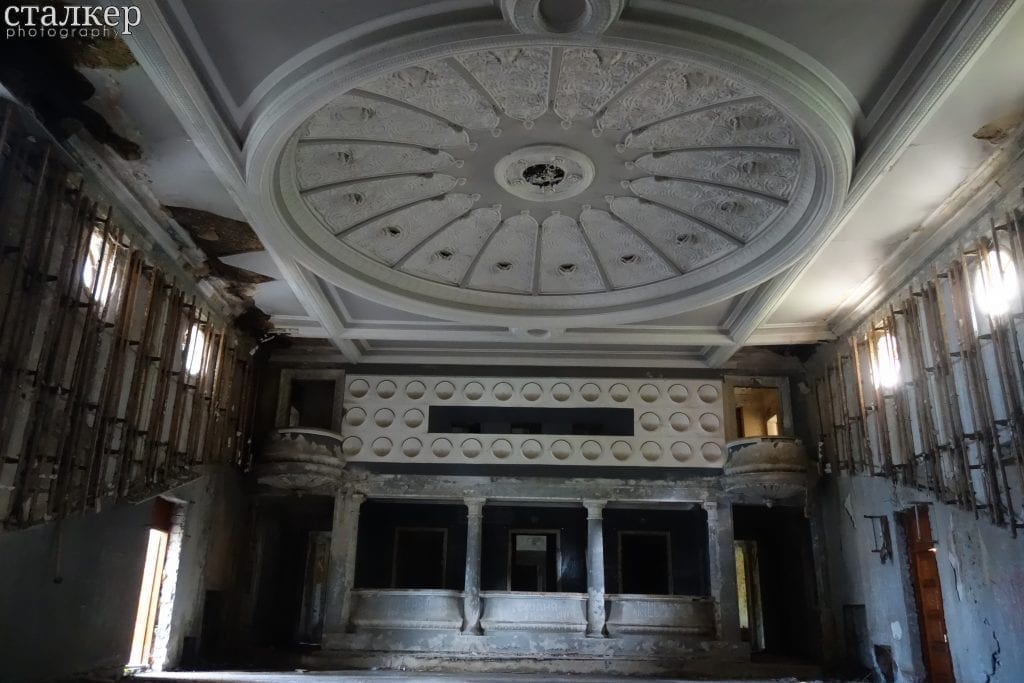 In the back of the theater, nature has made its way embracing the different columns that go to support the structure. From time to time the ivy comes to take a peek and peeks through the windows.

I go up to the second floor through unsafe stairs. From the top I manage to entrench myself with other tourists who, thoughtful and almost calm in their movements, venture inside the dark silence. The view from the windows is breathtaking: in front of me the Black Sea, behind the hills and then the mountains. Green is the king.

From the terraces of the second floor you can enjoy an absolutely superb view, although there was very little space.

I leave the theater euphorically, knowing that there are another myriad of abandoned places waiting for me.