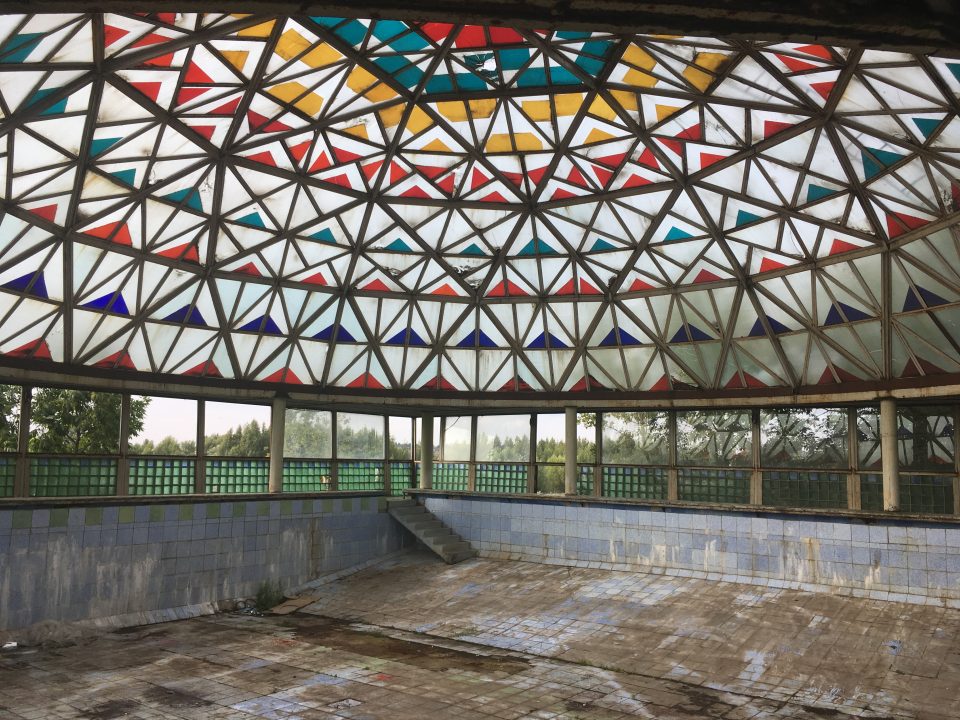 In Russia it is quite hard to find a good abandoned place. Usually all of them represent a piece of shit in the middle and broken windows. Though this time we were lucky to find a real miracle in the middle of nowhere!

This abandoned swimming-pool you can find in Tula region of Russia, in the village called Fyodorovka (though be careful as in this region there are 5 villages with such name, so better just follow our map in the end of the article!).

No fences, no guardians, just take yourself and go! The place is quite hard to be reached by public transportation, I did it by hitchhiking. If you have driving license, there will be sense to take a car for rent and go there, meanwhile visiting some other places nearby. 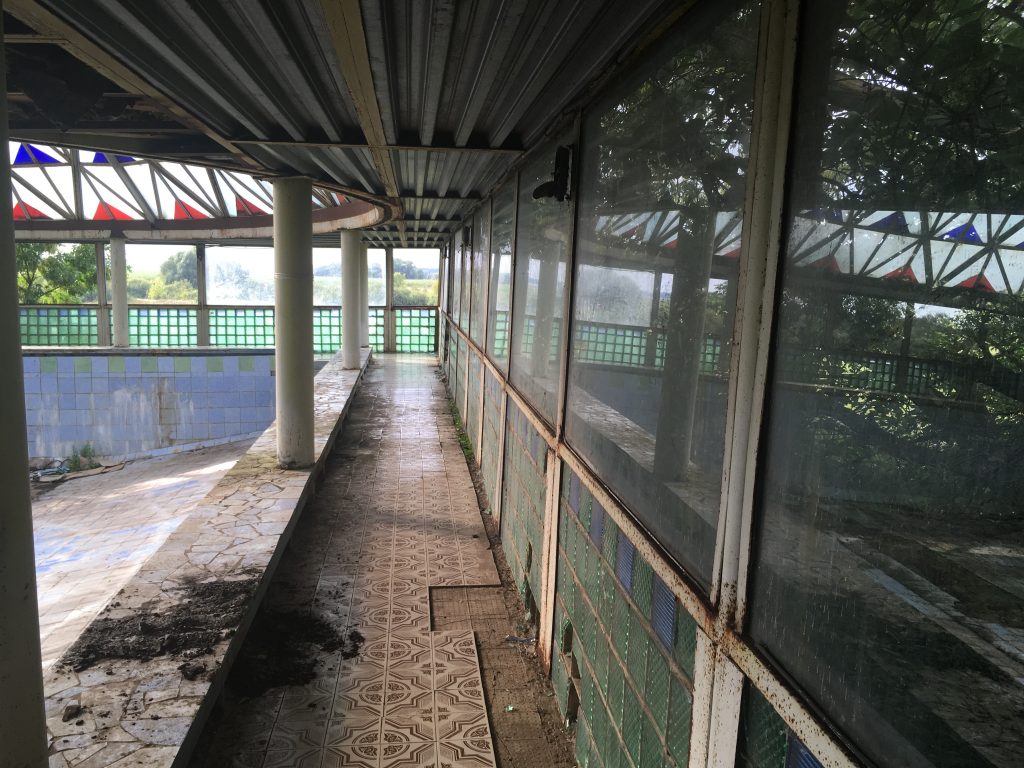 Such a wonderful place doesn’t have reliable story, just some guesses. Some say that the swimming-pool was built in 88-89 years, then it was filled with water just once, though the pool bowl was not made correctly and all the water was gone in less than a day! That’s why no one ever bathed there. They didn’t want to remade it as it was time when Soviet Union collapsed, and the million-people collective farm “Soviet-Czechoslovak Friendship” (that how it was called) became useless for everyone.

I was lucky that my driver, Armenian guy, decided to take me directly to the pool. He lives near though he has never heard about it, and was quite curious. We pass a normal small village, and at one moment we start to doubt, are we going to the right way? Is this beautiful place really here, in the middle of nowhere? We ask some locals though they are not able to answer, they have never heard as well about any beautiful swimming-pools nearby. But it must be there. I open my map, and put coordinates that I was lucky to find before. Here it is, just 10 minutes more straight on. 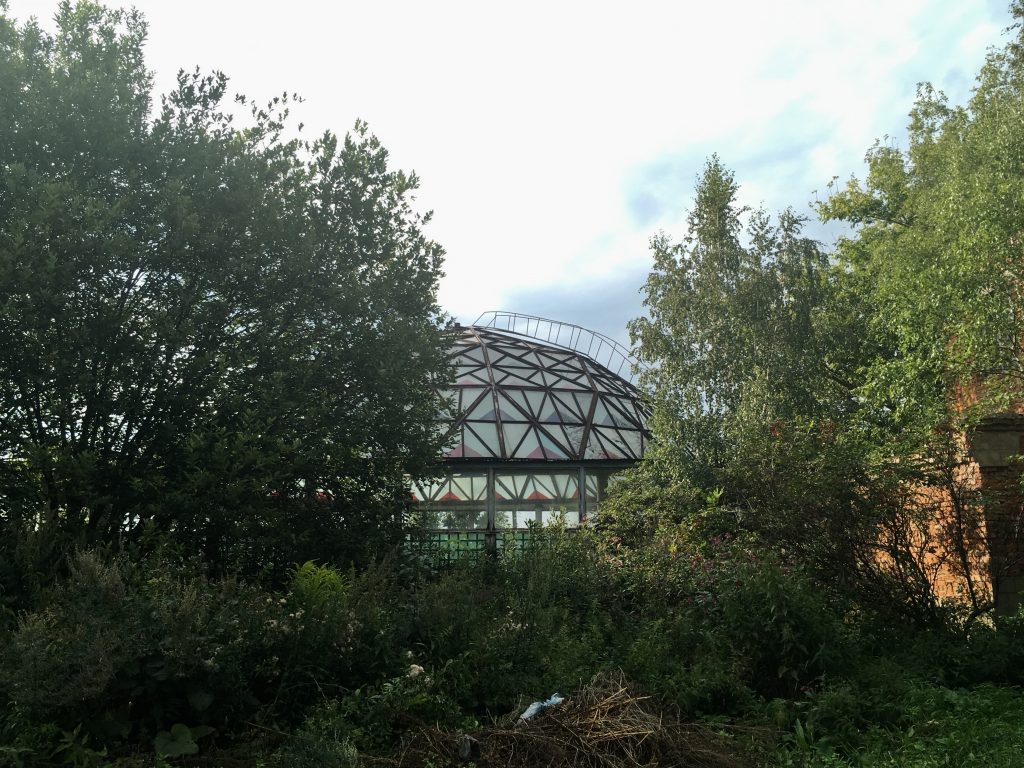 And here we are. We see a hole up, I go there, and then at one moment I was so fast that I beat my head. Later a bump appeared on my head though I didn’t care at that moment.

I stay stricken inside when I see for real this place. Everything is illuminated. Different colours meet me when I look up on the cupola of this swimming pool. 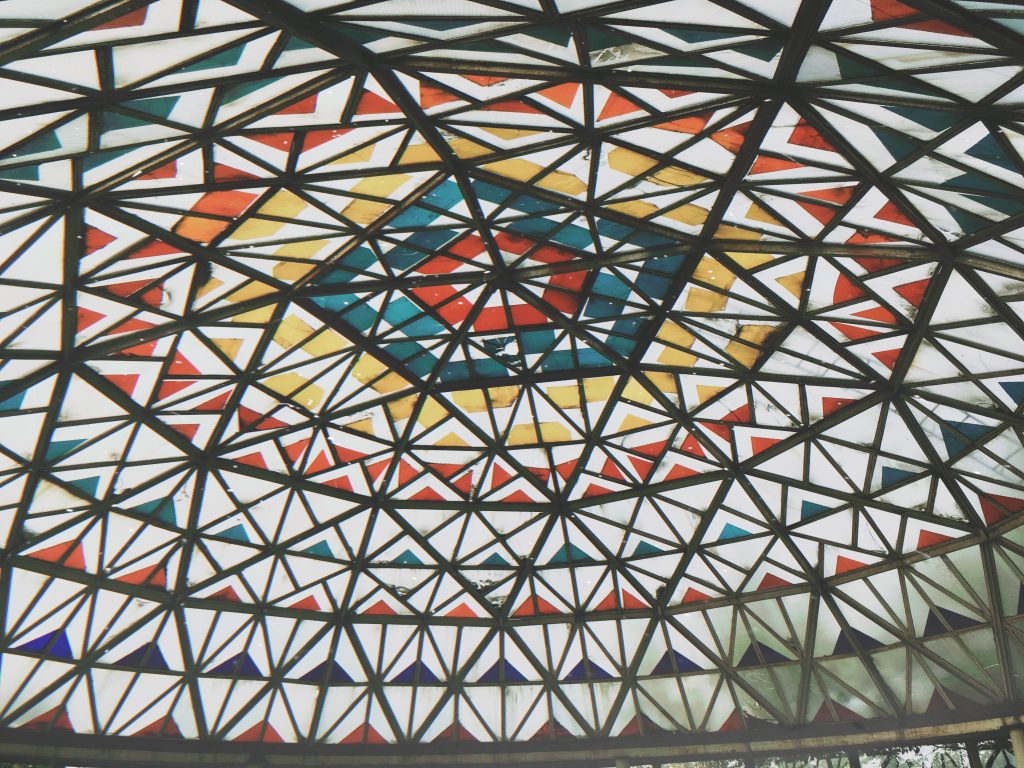 How did this cupola appeared to be here? Probably by some very ridiculous accident, however as well it is the same story, how accidental is the moment that no one did anything to it and it was preserved almost in its original form.

I stay there for couple of minutes just enjoying the beautiful view. This place will be for sure staying inside my heart as one of the most amazing abandoned beauties in Russia that I have seen.