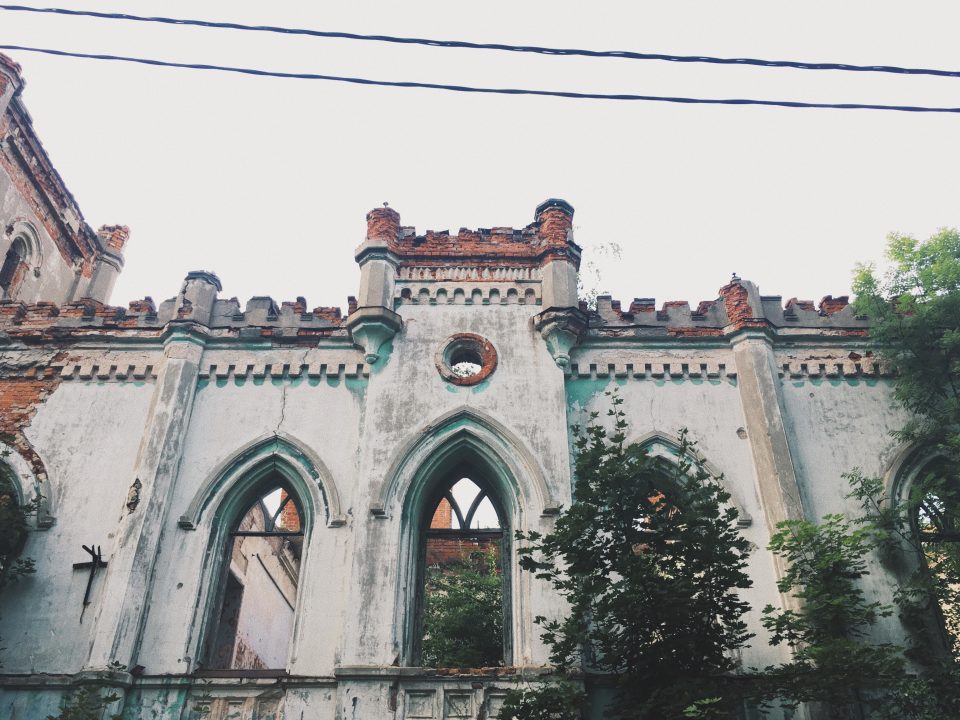 Feel yourself as a prince(-ss) and come to this old abandoned castle located not far from Rurikovo station. When night comes down you can hear again some classical music and the rustling of a ball gown…

An abandoned Gothic-style Manor is located near Aleksin city – in the small village Kolosovo. You can come here by bus or reach it by taxi to save time.

Castle nowadays is not guarded by no one and as well it’s quite easy to get inside. Though be careful, it’s quite old so it can easily collapse. There are some people living nearby, they are quite friendly and can answer your questions if you have some. 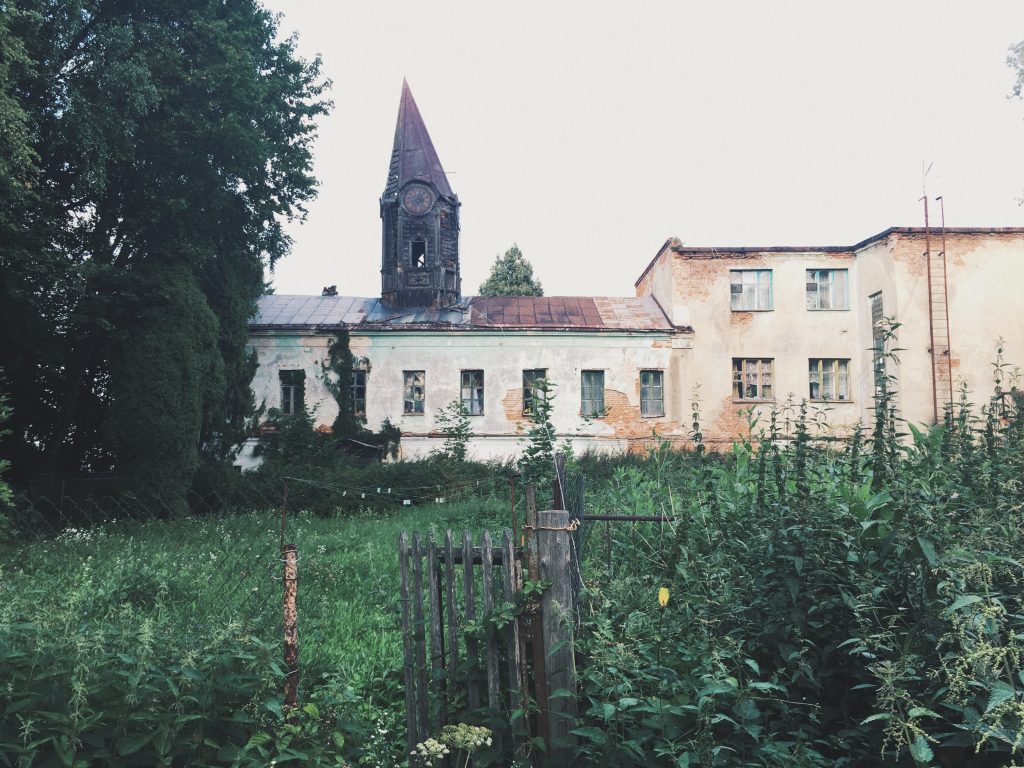 The owner of the Manor, Dmitry Aleksandrovich Chertkov, chamber junker of the yard, the leader of the nobility of the Tarusa district, held the position of trustee of Kaluga charitable institutions, owned many inhabited estates with 7150 acres of land and 1065 souls.

The first ensemble of the estate was built in the first quarter of the 19th century by the father of Dmitry.

“It included several extensive isolated and enclosed business complexes located on both sides of the central avenue-avenue. The front zone of the estate consisted of the main house and two outbuildings flanking the front yard. The appearance of the main house was “monumentalized” by the same means as the wings. The U-shaped building was distinguished by simple and large articulations, harmoniously combined with the smoothness of the walls. Only the facade facing the Oka and the park had a “rotunda with a colonnade under the dome,” giving the monumental architectural sound a pathetically majestic shade. ”

After the death of Dmitry Alexandrovich at the end of the 19th century, the Manor in Kolosovo passed to Klavdiy Nikandrovich Pashkhalov. In the 1890s, he built a completely new… Gothic castle building. He was an opponent of the revolution of 1905, foresaw the First World War of 1913 and during these war years lived in Aleksin, sometimes leaving for his estate in Kolosovo. By nature, he was an advanced viewer, a great lover of art, fashionistas and original. After the revolution, despite the fact that he did not support the new government, he was not subjected to persecution and died by himself in 1924. 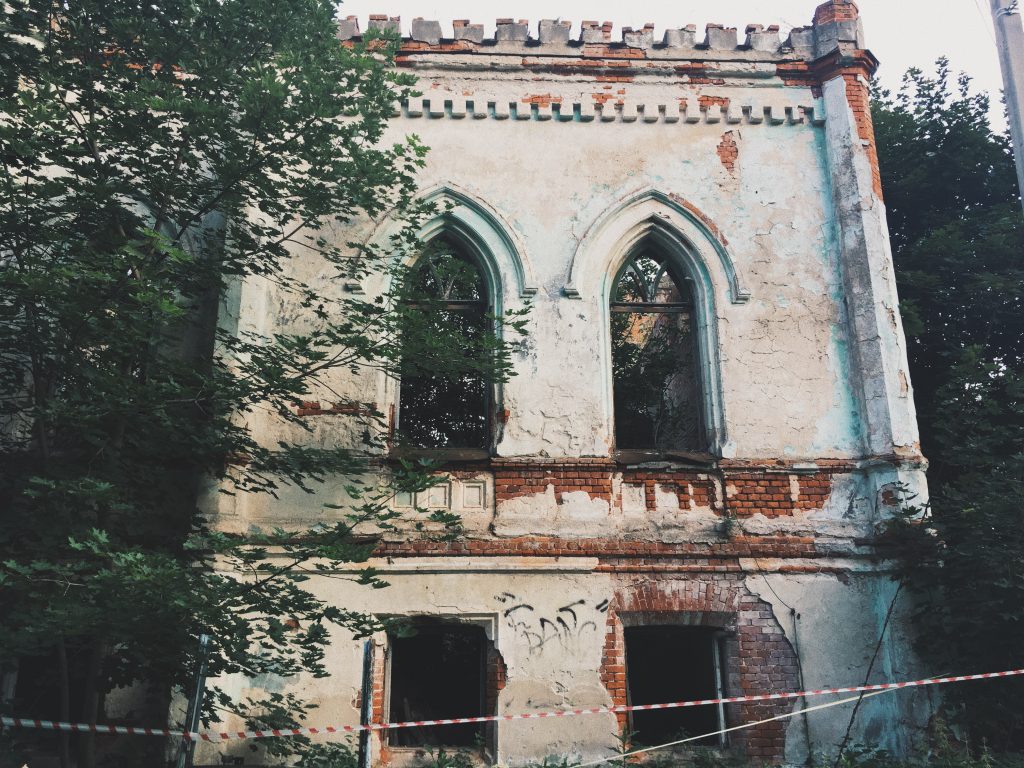 The history of this place ended during the revolution. In 1917, the estate was ransacked by a gang of raiders. Later, an agricultural school was organized on the basis of the estate. Since 1949, the school was transformed into the Aleksinsky Hydrometeorological College.

In 2004, the buildings were on fire and since then the main part of it has been abandoned, and in another – people live and there is even an office of… Russian Post.

We come here by taxi in the late evening. It was a right choice as opened out later our driver was studying here. He told us that except of what we see up, there used as well to be an underground tunnel under the Oka, but now it is in disrepair. 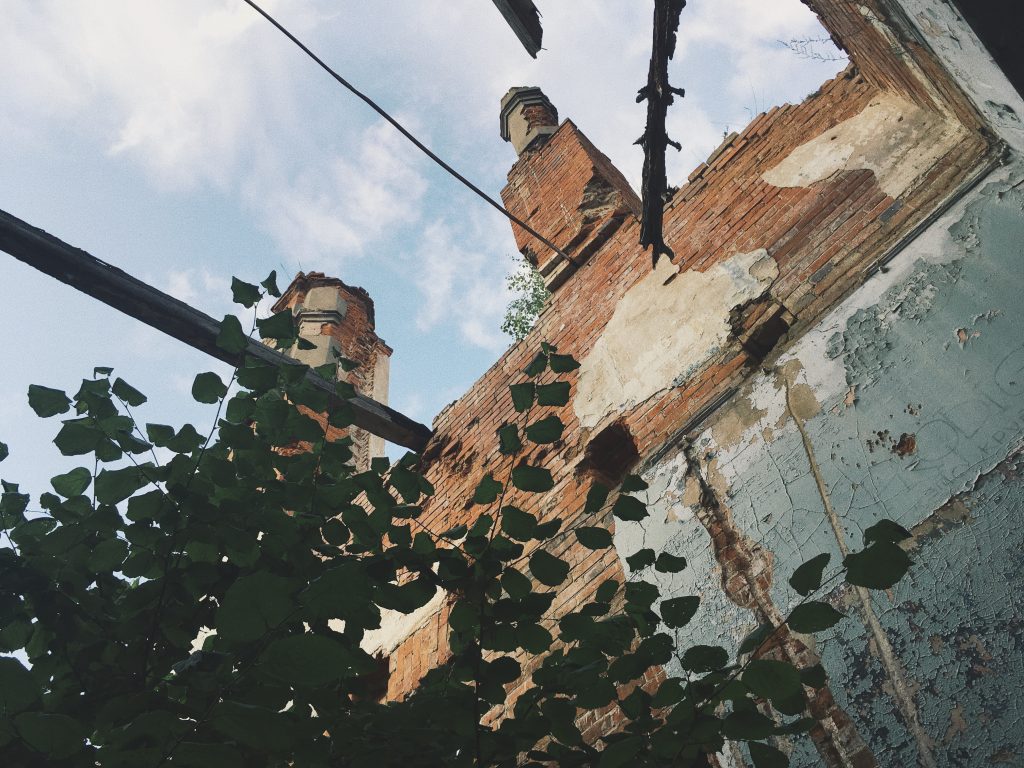 We walk around but everything is in really bad condition. Though…we just close our eyes… 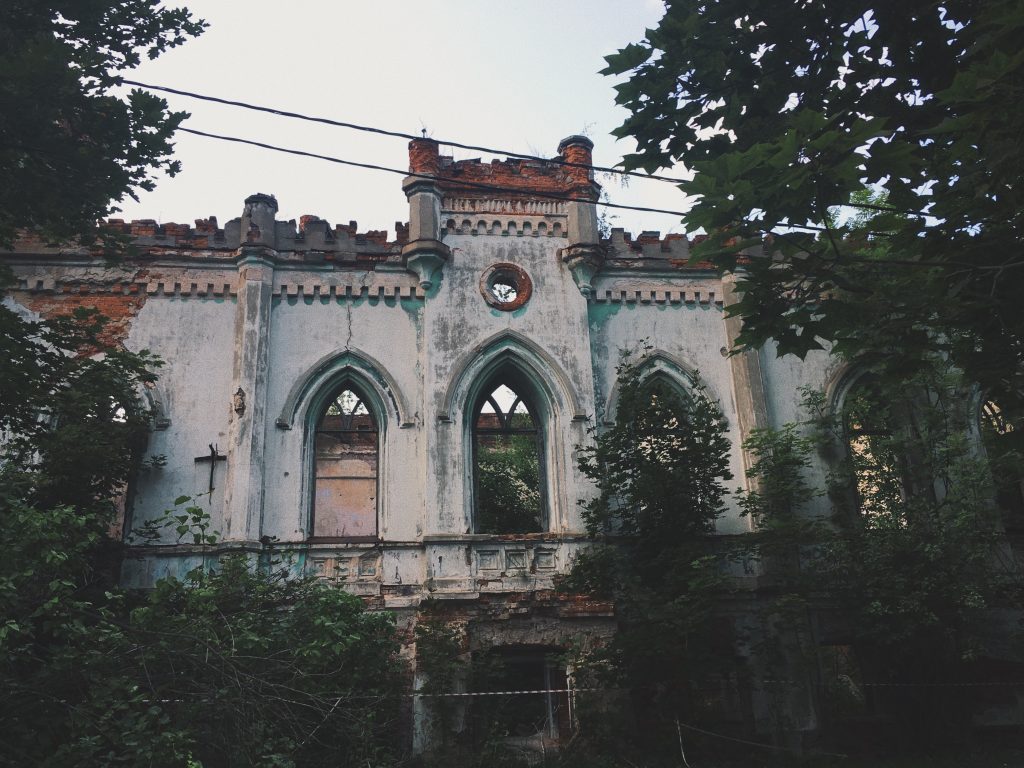 Old fountains, former stables, ruined columns – all this comes to life again, makes noise, speaks, if only a drop of imagination is turned on. A place of power that continues to live its rhythm, surrounded by modern people and their problems. This is what we were lucky to see here.