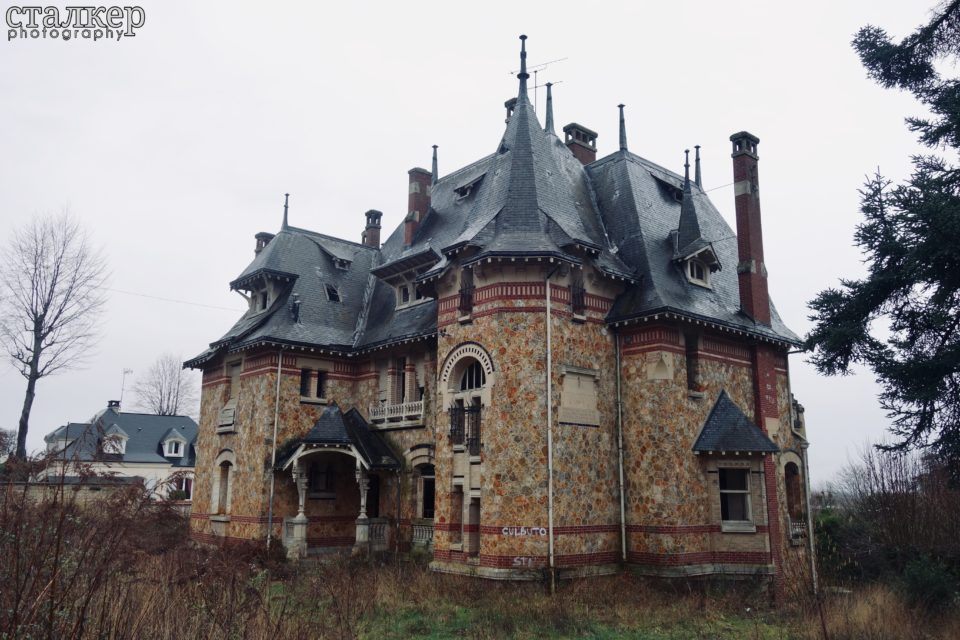 The dwelling remained empty for quite some time; it brings back the tragic story of bloody and ruthless murder.

The villa is located on the border with the region of Île-de-France and Val-d’Oise, in a beautiful country village. 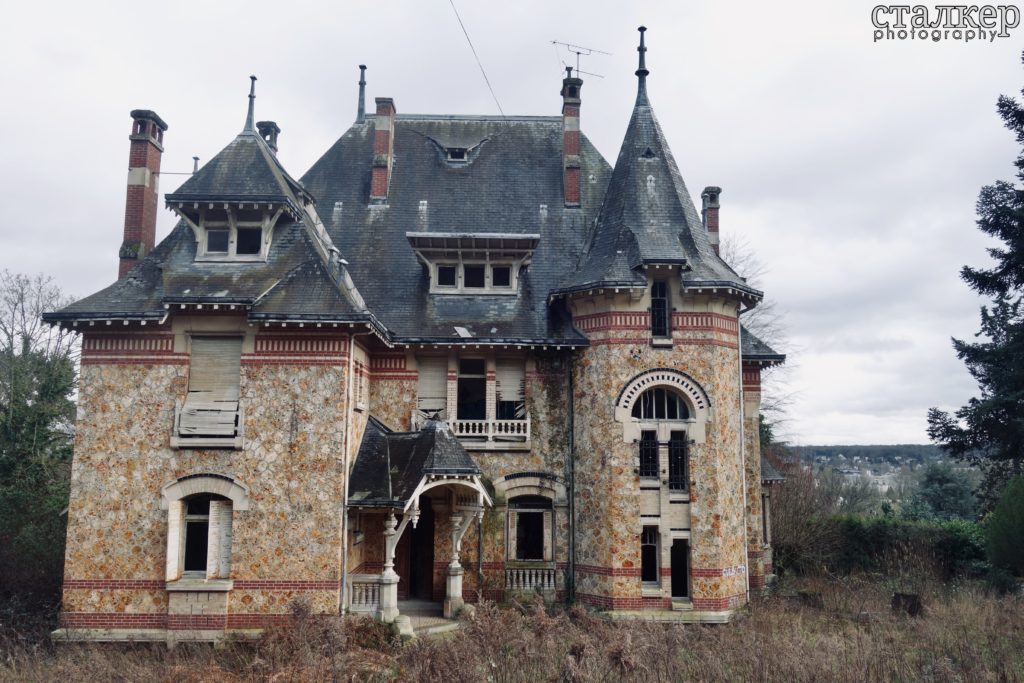 In 1907 a Mr. “F” built this beautiful stone villa. To make it more robust, he doubled the cork roof (a revolutionary thing at the time) and renamed the villa after the corset that made his fortune.
The last occupants (a family of Armenian jewelers) gave way the property because of inheritance problems. There is no information on their departure date.

Other sources report a different story. They tell of a certain Bonneville family who left the estate because of a tragic event.
The horror story begins with  Camille, an 18-year-old Parisian girl, and Damien, a young boy from Marseilles. They had met on Facebook, and for months they had been texting each other. One day they decided to meet in Marseille. So that Camille ordered a Bla Bla Car, and the next day she was leaving. The parents said goodbye and asked her to keep them updated as it was the first time their daughter was traveling alone. 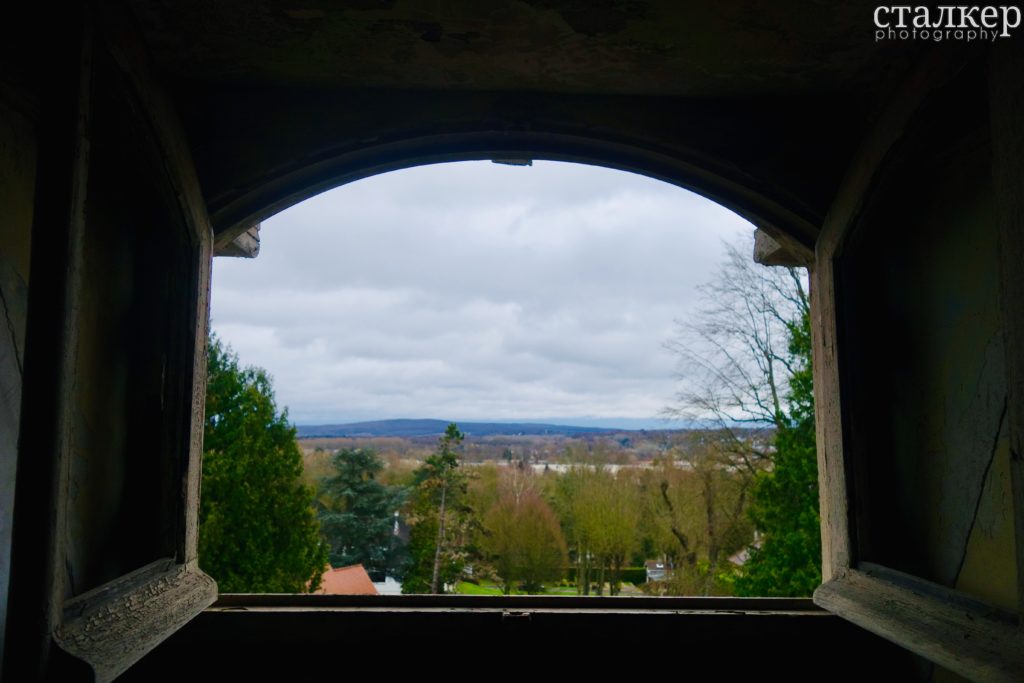 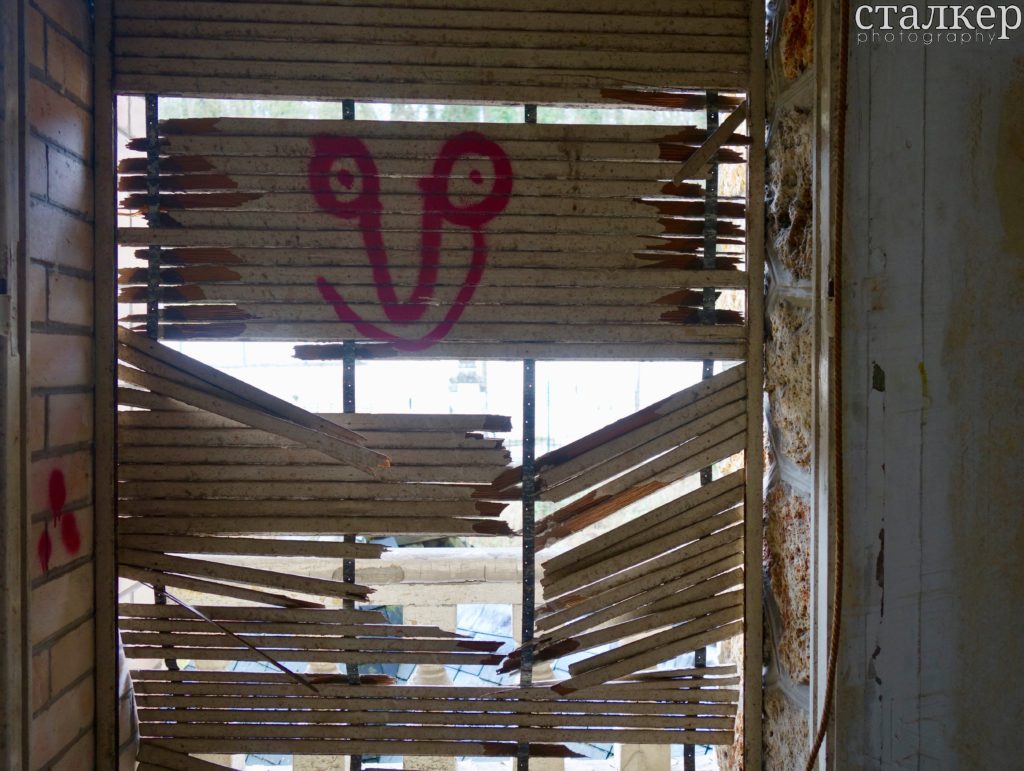 The car stopped and Christophe got out. Camille was in tears, trembling, and tried to take the cell phone out of her pocket to call her parents. The man opened the door, dragged the girl down and put her in the trunk. In this action, the cell phone fell and remained on the street. The car restarted. Christophe turned up the radio to cover Camille’s calls for help.
The journey was endless. Camille did not know where she was going, she did not know what would happen to her, fearing that she would die at any moment. In the middle of the night, the car entered a small forest road. A bad road, full of potholes. In the trunk, Camille slowly lost hope. 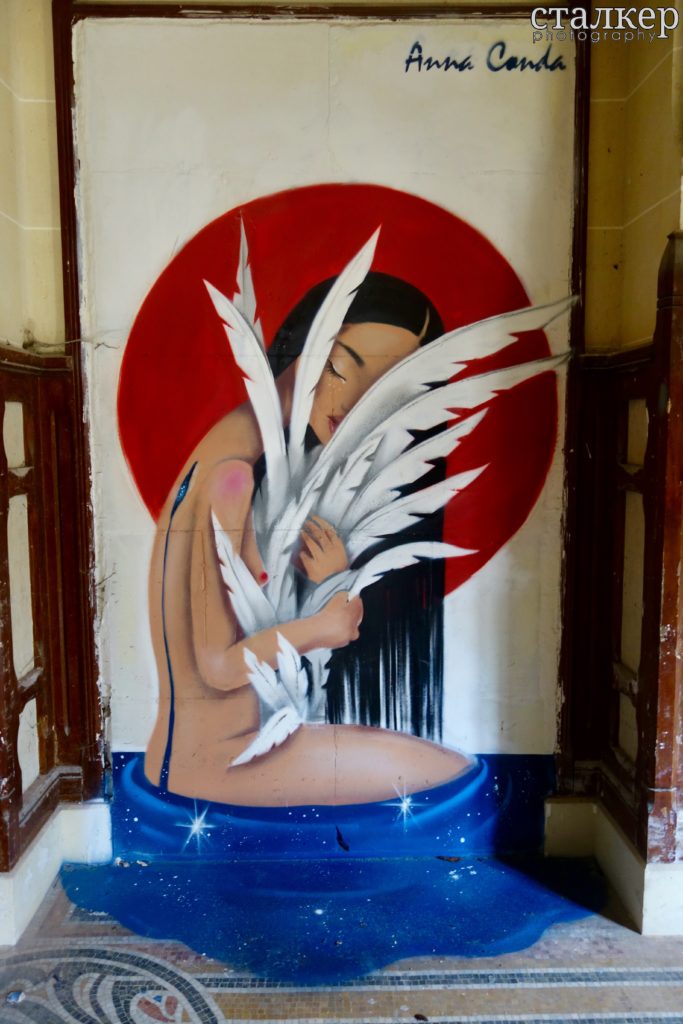 After ten minutes, the car stopped in front of a small wooden house, isolated, away from everything and everyone. Christophe got out of the car to get something. A few minutes later he came back dragging a long metal chain. Camille was in a panic, thinking intensely about her parents, her friends and her lover who had not yet met her. The trunk opened, and the man illuminated the frightened girl with his flashlight and wrapped the metal chain around her neck, then shoved her violently out of the car. Camille discovered, illuminated by the moonlight, the house in the middle of the forest. The man took her into a niche, where a dog kennel was placed, and tied her here and let her cry. Christopher entered the house to sleep. Camille screamed with all her might but realized it was useless considering her position. In Marseilles, Damien kept calling Camille over and over again, without success. 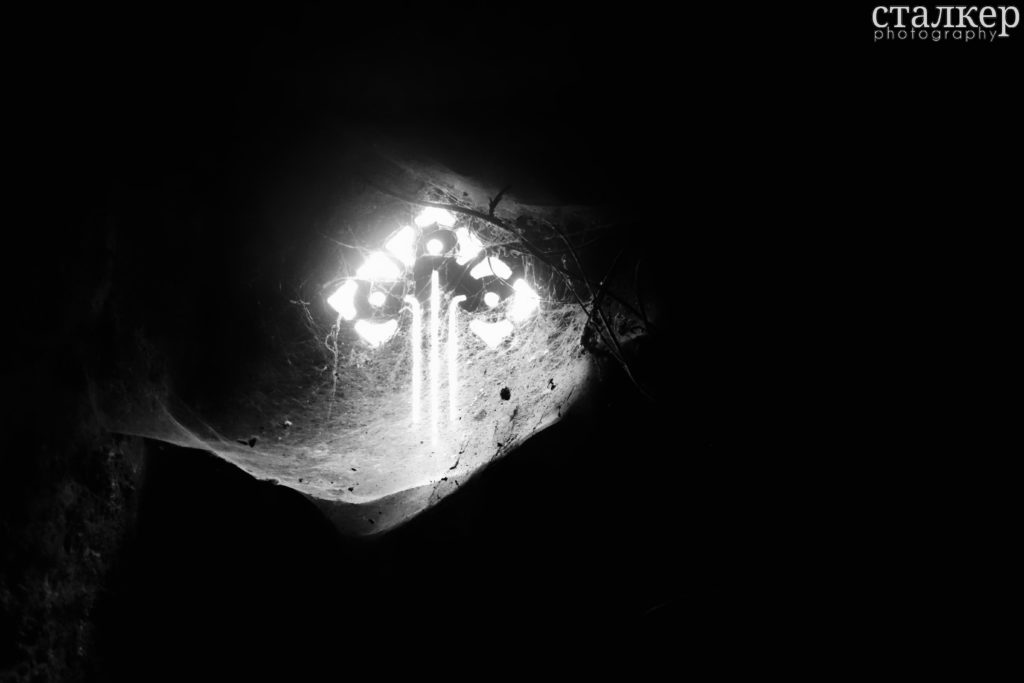 At dawn the next day, Camille had spent her first night out. Christophe left the house and approached her with a bowl of water and croquettes. He calmly told her that this was his new home and that she should be very kind and respectful. She asked him to let her go but he refused, telling her that he was her new master and that she was his dog. Camille yelled at him and called him crazy and mentally ill. The man kicked the bowls violently and threw himself on Camille, tearing off her clothes and raping her savagely. In Paris, the girl’s parents, having no news of their daughter, decided to call Damien. The latter could not reassure them, far from it, telling them that she had never arrived in Marseilles. Immediately the parents went to the gendarmerie to declare the disappearance of their daughter, but the case was not taken into consideration by the police because the girl was of age and had the “right” to disappear wherever she wanted without giving any news. The gendarmerie thought she was a vulgar fugitive. The stunned parents began posting disappearance notices on social networks. The days passed and Christophe played on Camille’s nerves. He instilled in her increasingly degrading rules of submission. From then on, he forced her to bark for food. Her new life was nothing more than being tied to a kennel, being beaten and raped every day. 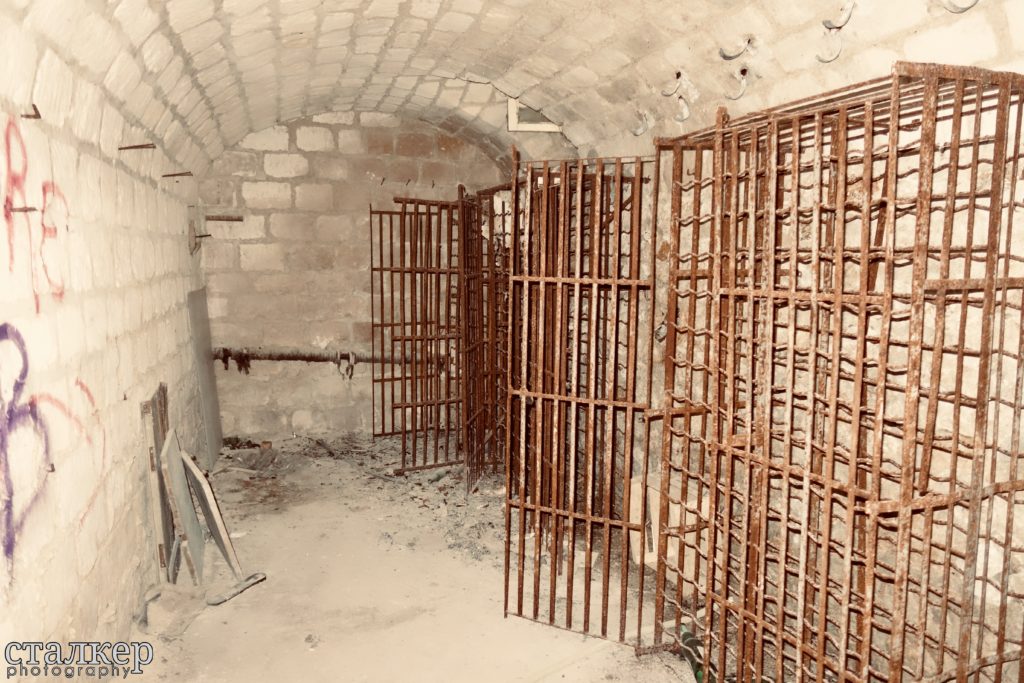 Twenty days passed, and the gendarmerie had not yet taken her disappearance into account. Her parents, alone investigating, went several times to Paris-Marseille to look for their daughter. They questioned all the local hospitals to see if they had found an unidentified body. Months passed, and Camille became pregnant with this monster: the horror had just passed another phase. Alone, in her grief, she saw the baby being born. 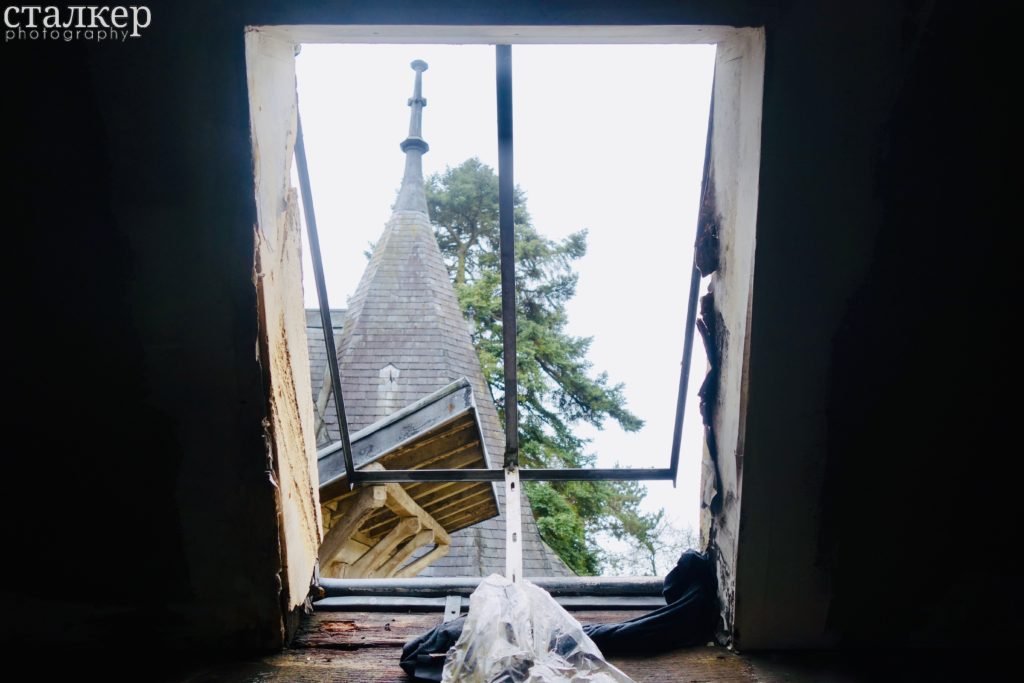 One morning, the contractions grew stronger and the pain became unbearable. The waters broke, and alone, Camille gave birth in screams of terror. The newborn’s head came out, and then her body still attached to the umbilical cord. Camille lay on the floor with this crying baby. Christophe came home and discovered Camille bloodied beside the baby. He went into the shed to get an axe and cut the umbilical cord with a sharp blow and then took the opportunity to behead the newborn immediately. Camille was hysterical and asked him to kill her. She wanted to die, leave, run away. She left in that state with her baby’s corpse next to her. The days passed and Camille was left without any strength. 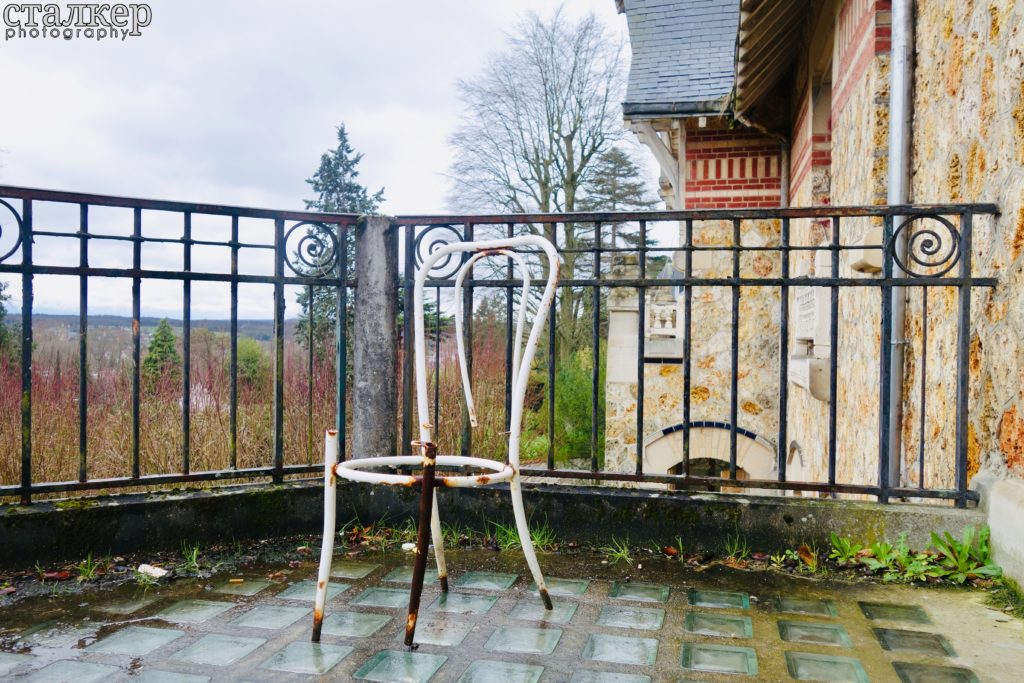 The latter had lost almost 40 kilos and was on the verge of anorexia. Her only question was when she would die. She didn’t want to save herself, she just wanted to die. The horrors inflicted were irreversible and she knew very well that it was a dramatic consequence. She knew nothing about this man, who he was, what he did, what he was looking for. Christophe left every day to return at the end of the day. One morning he left, as usual, taking the croquettes to Camille. But that day, he wasn’t one of the usual. In fact, the man never came back.

Camille had no food or drink and wondered about her fate. Christophe never returned because that same day he had a fatal accident on the road. Camille was abandoned by her sad fate. The days passed and the girl was in agony, hungry, waiting, licking the earth to satisfy herself but the lack of food was fatal after ten days.
It took almost six months before a hiker discovered a rotting body, partly eaten by animals. The body was only identified by DNA testing. After this dramatic story, the Bonneville family decided to move out of France to change their lives.

The estate has a very particular architecture. Attached to the property are the caretaker’s house, a large park sliding down the hillsides and a magnificent view of the Oise valley.
Over the years, some villas have invaded the park.

Today the outbuildings are falling into ruin, the caretaker’s house has lost its floor and the park has turned into a large jungle.
As for the villa, it’s just that a magnificent empty shell where the rather small rooms are infested with drafts, but the renovation work has started. A complete mystery about the future of this mansion. 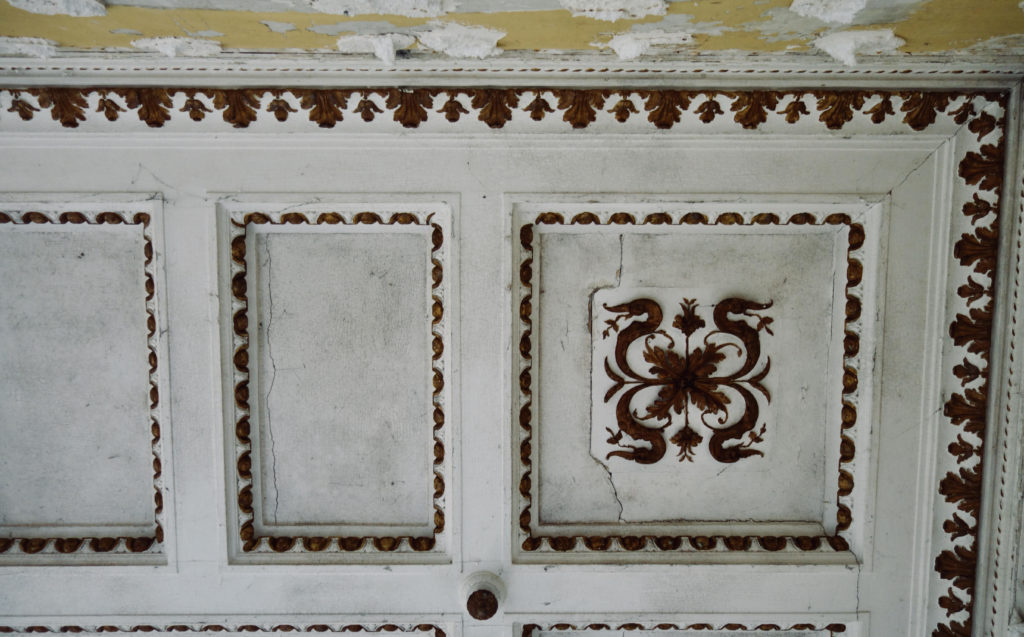 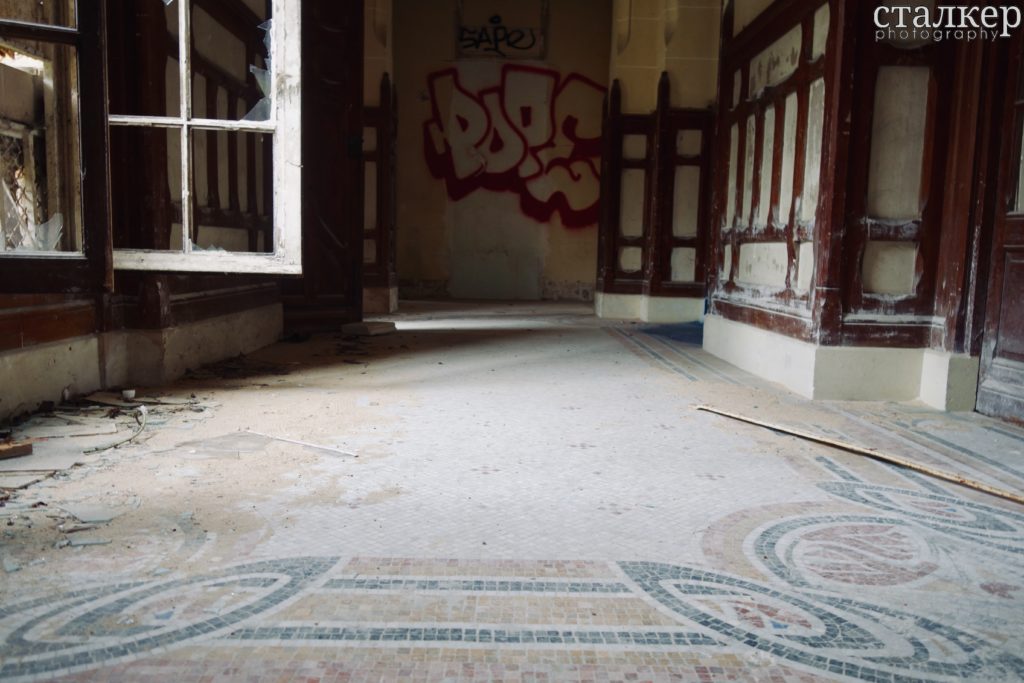 In memory of its ancient splendor, there is still a beautiful coffered ceiling, a herringbone floor, a beautiful wooden staircase, a piano and a beautiful window above the entrance door.

To take the place of the owners are homeless people who have fallen from the sky. Wanderers, explorers, writers, and graffiti artists add to this world left to itself, a funnel that continues to swallow memories and a past that cannot be forgotten. 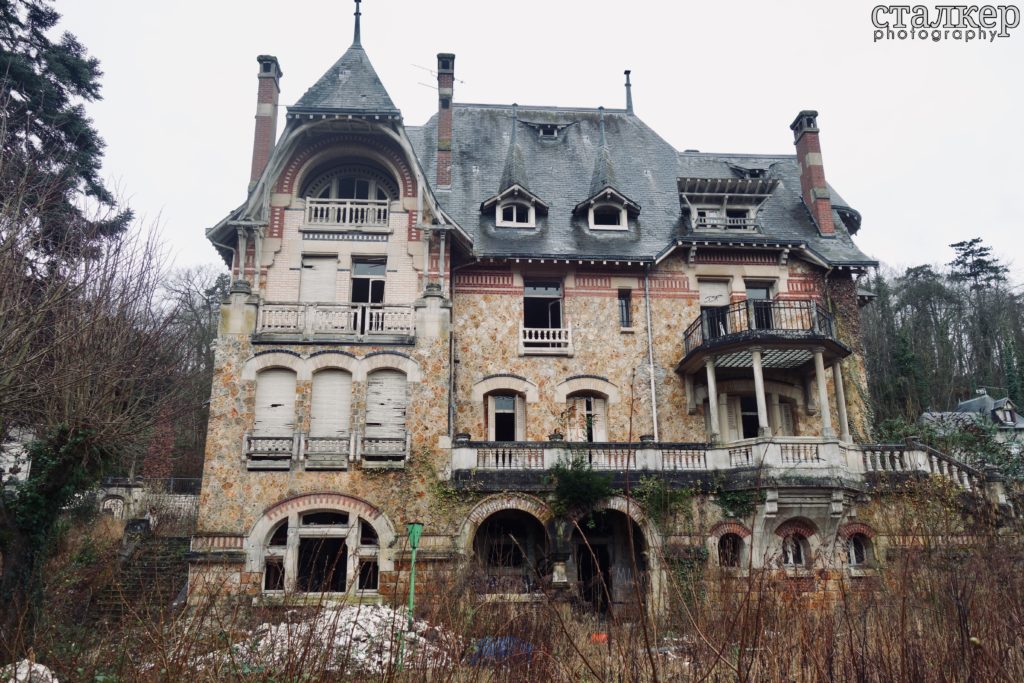