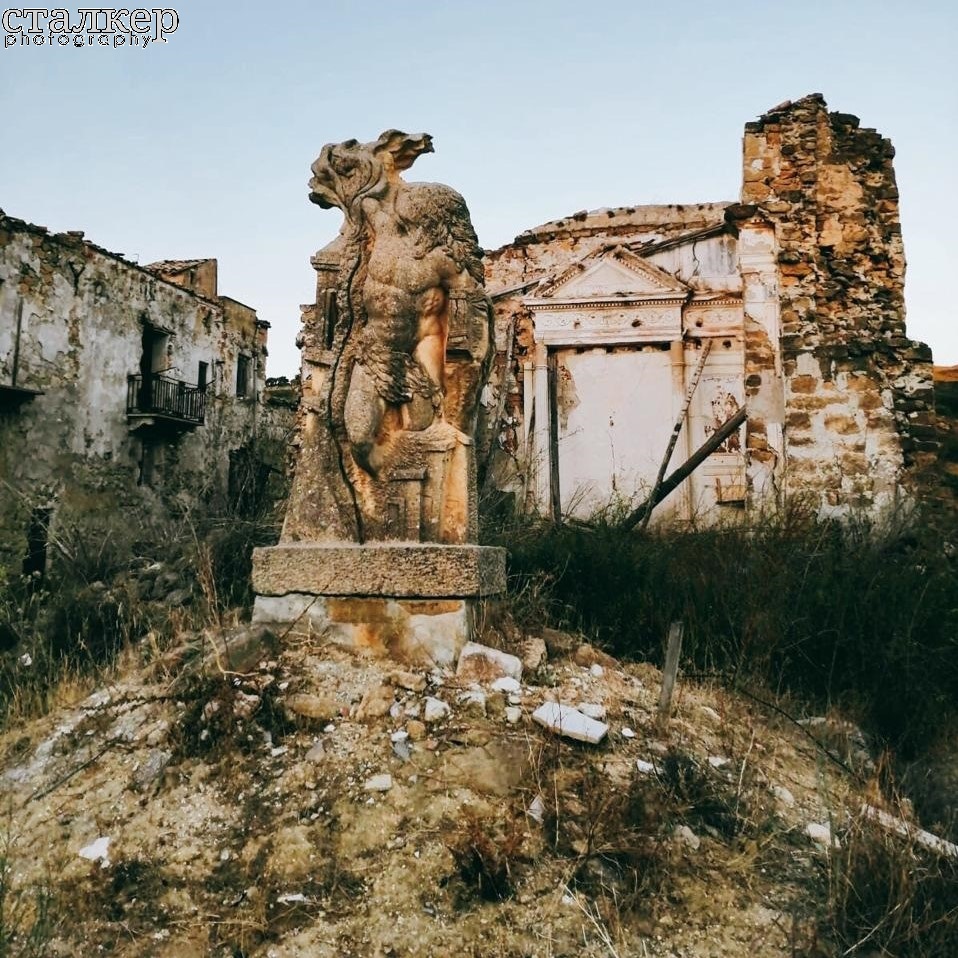 The emptiness and desolation that only an earthquake can bring…

The town of Poggioreale is located about 60 km by car from the capital of Palermo. There are no regular train or bus connections to the village and therefore it is necessary to rent a car or a cab service. 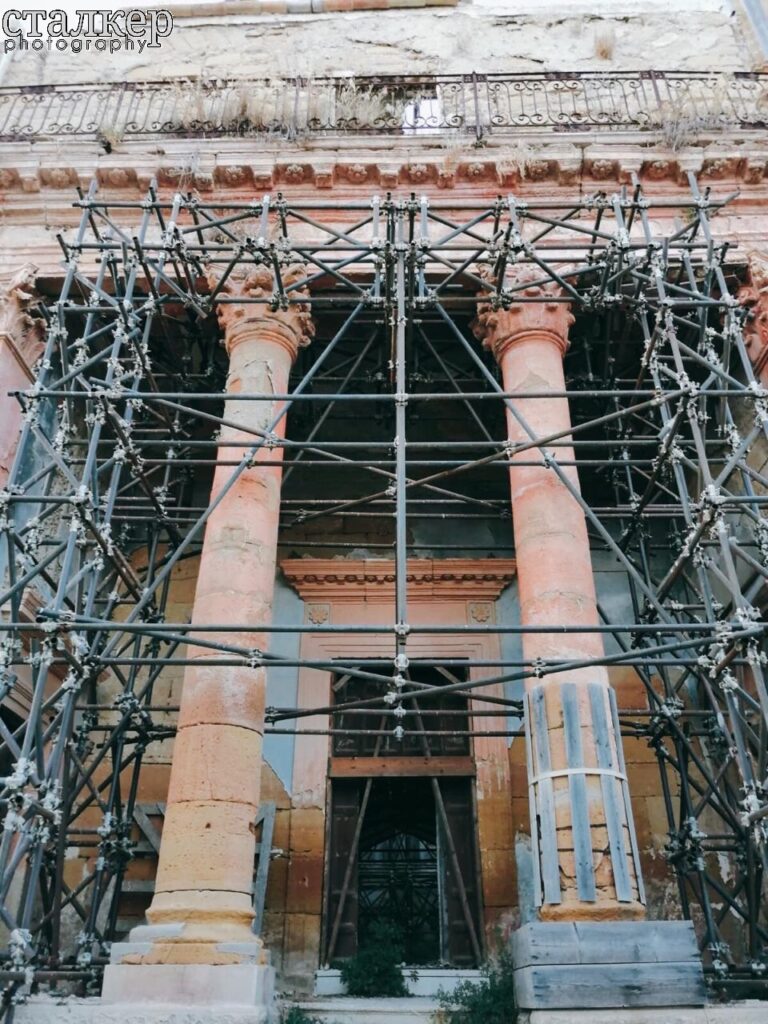 Founded in 1644 as a center for regional agricultural workers, the ancient village of Poggioreale has grown to a maximum population of 4000 inhabitants during the eighteenth and nineteenth centuries.
Nowadays the town of Poggioreale is divided into two cities: one is a functioning community, the other is the only ghost village that survived a series of strong earthquakes that shook Sicily in 1968 causing the death of over 200 people, wounding hundreds more and leaving thousands homeless. Other villages in the vicinity were also affected, devastated and later evacuated.

What remained of the original Poggioreale was simply left in its place because most of the buildings were  unstable and dilapidated, and the entire village moved a few kilometers away. For years the inhabitants of the ancient village had to live in tents and huts while waiting for the reconstruction of the new village.
The ruins can still be visited today, and the local community seems committed to making sure that what remains of the old village does not disappear completely. Poggioreale Nuova was designed to accommodate 10,000 people, but while in 1950 it had 3,400 inhabitants, today it has only 1,400.
The square, conceived as an outdoor shopping center is today mostly deserted. The houses that overlook it sell for a pittance: an apartment of 100 square meters is on the market for only 15,000 euros. The new Poggioreale, just like the old one, has become a ghost town.

“The truth is that we were victims of an urban experiment that was imposed on us from above,” comments the mayor, Lorenzo Pagliaroli. “But cities cannot be rebuilt in a few years. The old Poggioreale was founded in 1642 and it took 300 years to shape it, according to the habits of its people. The new Poggioreale was rebuilt in less than 15 years, without taking into account the traditions of its inhabitants. People lived side by side and the village was full of meeting places. The districts of the New Poggioreale were built far from each other. At that time they did not need a car to go downtown or to visit a friend. Now they do”.

Scenario of a post-apocalyptic film, old Poggioreale today attracts tourists of all kinds. 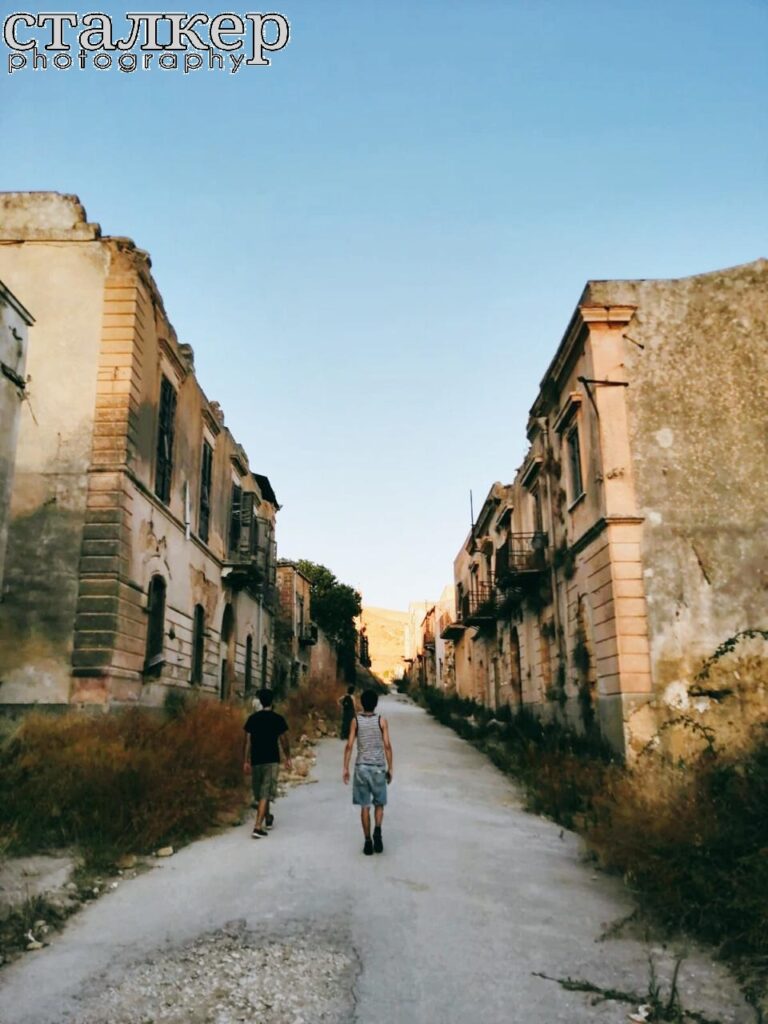