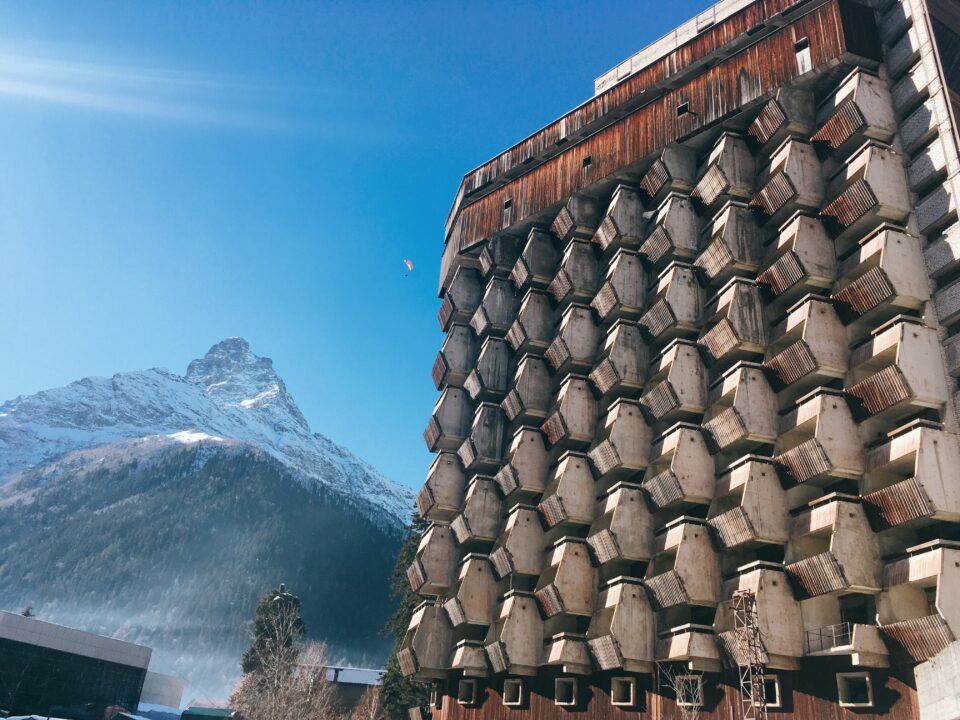 In Caucasus there is one of the most famous in Russia ski resort – Dombay. People spend here thousands of rubles. As a monument of Soviet architecture here stays abandoned hotel Amanauz.

Hotel stays just in the center of the village Dombay. Directly in front of lifts. Everything is opened so you can easily get in.

Dombay had been known as a holiday resort since the 1930s, when climbers began to visit these peaks and rocks. In the 1960s, the government began to equip the place: building chairlifts and hotels. 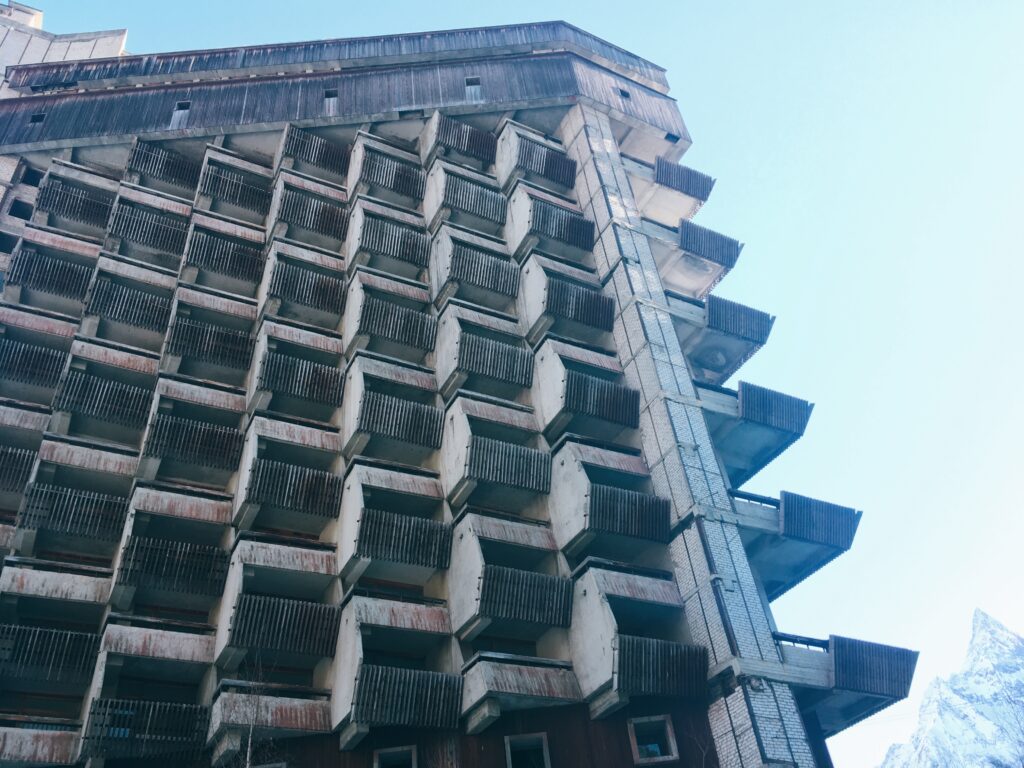 According to a legend, the hotel was supposed to rotate, turning towards the sun, while the balconies of the rooms were made like Soviet cable cars.

The hotel was abandoned in 1985. All that was missing was the furniture and wallpaper when everything suddenly came to a standstill a few months before it was due to open. It is believed that the main reason for this is a crack in the building’s foundations, although perhaps this is one of the fairy tales that haunt this hotel.